Why did you make this work:
Three Taverns Brewery is known for an array of both traditional and experimental brews. Their Sour Asylum Series features a collection of German-inspired soured beers with experimental flavours. MUTI were tasked with bringing these fresh faces of the Three Taverns family to life, incorporating the various flavour profiles and personalities of these brews into the label designs.

How was the illustration used:
The Sour Asylum artworks have been used on flexo printed beer cans for the last several years. The latest additions to the family, Pometheus and Saporous, were released in the first half of 2019.

How did you make this work:
The illustrations were originally created as freehand drawings in Photoshop and translated into vector for production purposes.

Biography:
MUTI is a creative studio founded in 2011, based in the city of Cape Town, South Africa. They are a dedicated team of illustrators and designers who are passionate about producing original and inspiring artwork, from lettering to icons, digital painting to animation. 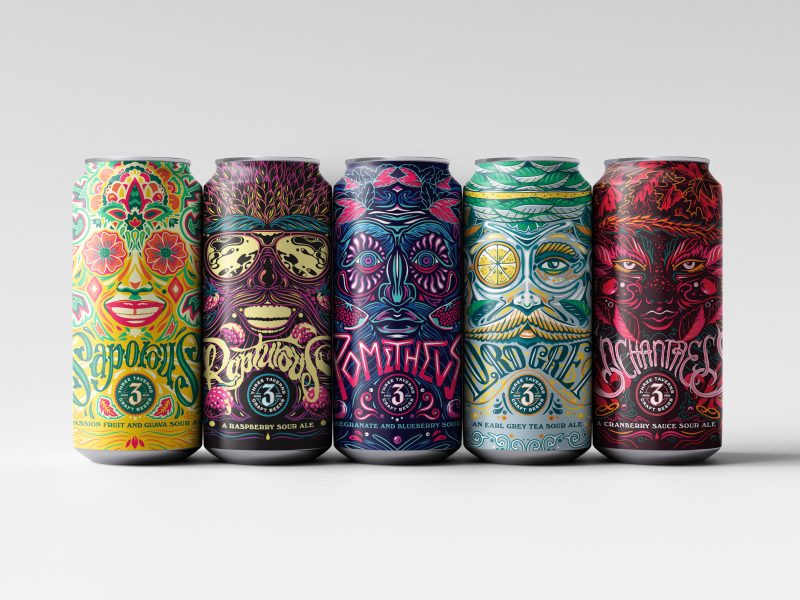 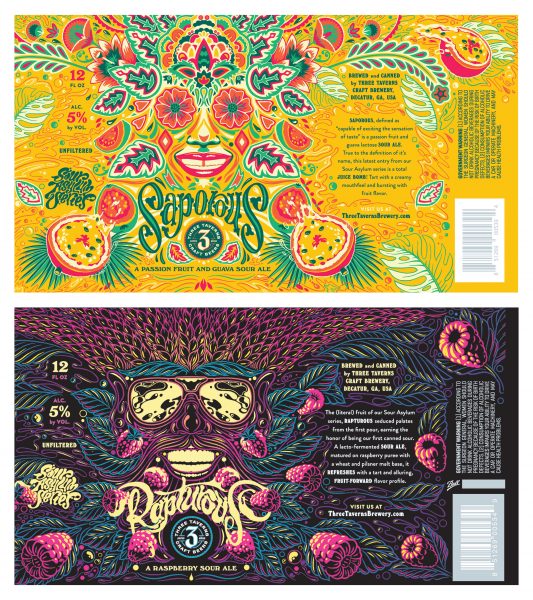 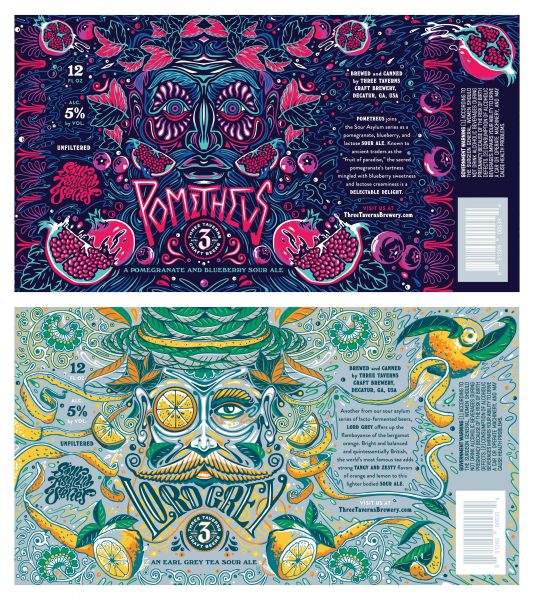