Why did you make this work:
Subject: A new approach to curating museum shows that focuses on eclectic themes rather than traditional themes—for example a show that focuses on the color red, rather than a specific period or school of art; as well as “impermanence”—a quick turnover of short-run exhibits.

How was the illustration used:
Newspaper

How did you make this work:
I wanted to convey the idea of impermanence... a museum show being quickly replaced by another. The new show is based on the theme of red (mentioned in the article) and is replacing a traditional collection of art. The "traditional" pieces, as well as the illustration itself, are painted in Photoshop. 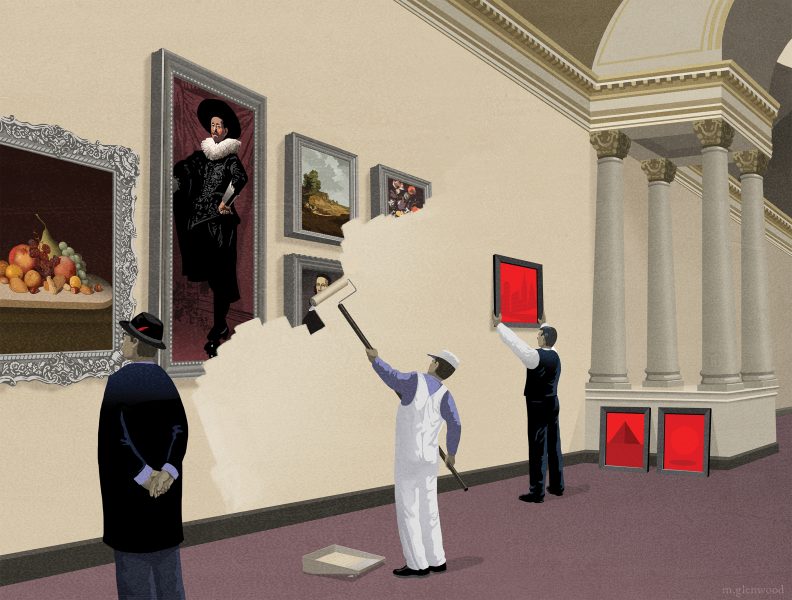