Why did you make this work:
These illustrations were commissioned by the swiss publishing house SJW. Switzerland is divided in four different language sections: german, french, italian and romansh. "Où est le chien" tells the story of Jonas who moves from the german to the french part of Switzerland with his family. When the family dog goes missing he has to overcome his struggles with the new language and makes new friends.

How was the illustration used:
The Hero image was the Cover of the publication "Où est le chien". The additional images appeared alongside the text inside the booklet with 32 pages.

How did you make this work:
I sketched out the overall composition of the illustrations and proceeded to trace them with pencil using a lightbox. I also added some shades with pencil. After scanning the images I used Photoshop and a simple graphic tablet to colorize them.

Biography:
Leonie Rösler lives in Lucerne and works as an illustrator and comic-artist. In 2020 Leonie Rösler won the comic-scholarship of the Swiss German cities with her comic „Wen kratzt Ava?“ („Who cares about Ava?“) on which she is currently working. Together with Raphaël Kolly she also launched the movement „Illustrators Against Extinction“, their publication was released in spring of 2020. 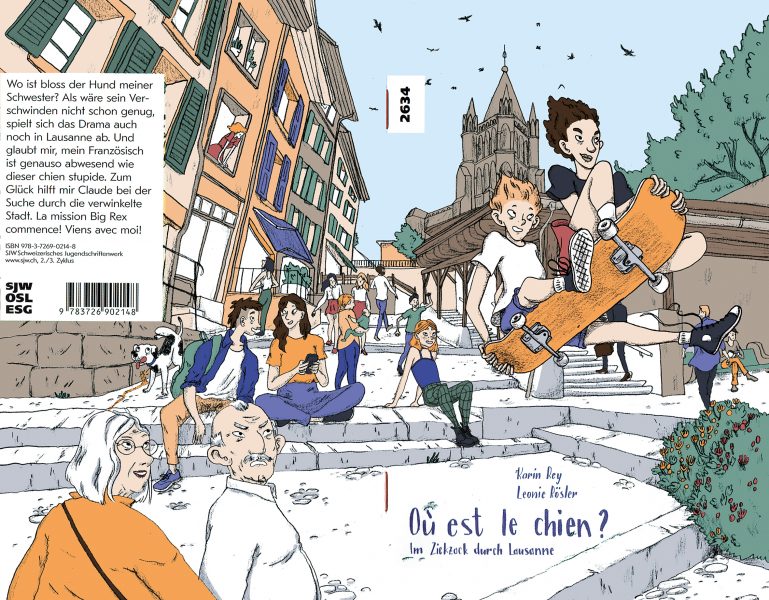 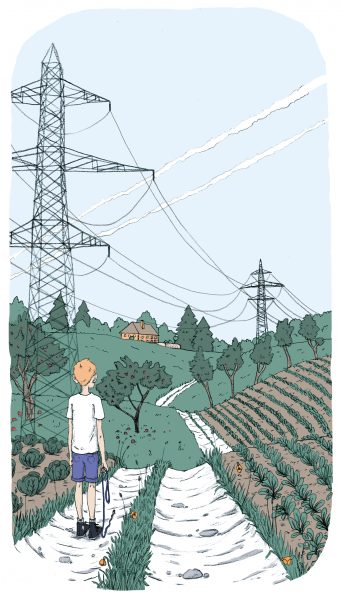 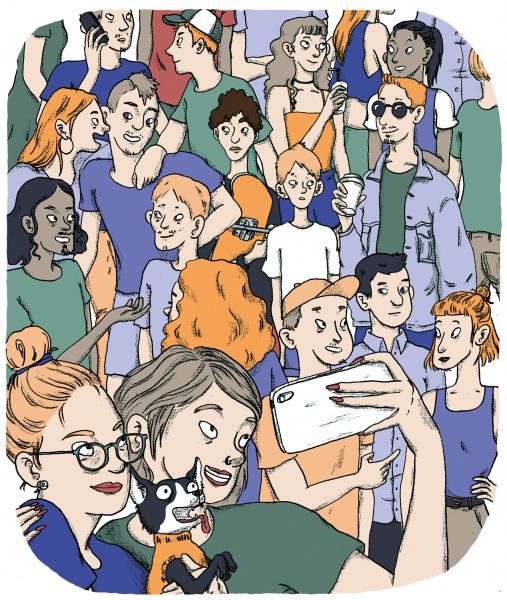 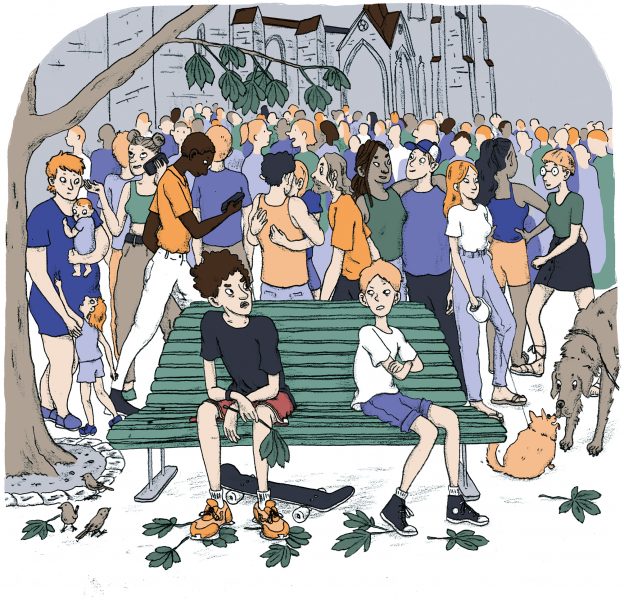