Why did you make this work:
I was commissioned by the publishing house La Joie de Lire, to illustrate the cover of a children's novel (12 years and +), telling the adventures of the prince Walid, in search of a magic carpet containing the history of humanity. The aim was to create an evocative image, inspired by the oriental style of this arabic tale.

How was the illustration used:
The illustration was used by the Swiss publishing house La Joie de Lire, for a new french edition of the children's novel "La légende du roi errant" (The Legend of the Wandering King), written by Laura Gallego García.

How did you make this work:
To create the image, I got inspired by the pattern of traditional carpets that I mixed with the sinuous shapes of the desert. The illustration and typography is drawn by hand. In order to accentuate its magical aspect, we decided to print the cover in direct tones, using a golden ink.

Biography:
Julie Escoriza is a French illustrator based in Strasbourg. She works mainly for children's publishing : she has illustrated several albums, regularly makes images for children's magazines and develops personal projects. In parallel, she supervises illustration workshops for children and adults, in libraries, schools or festivals. 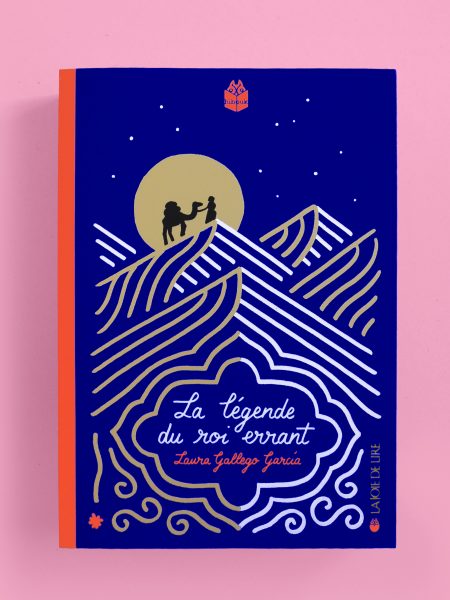 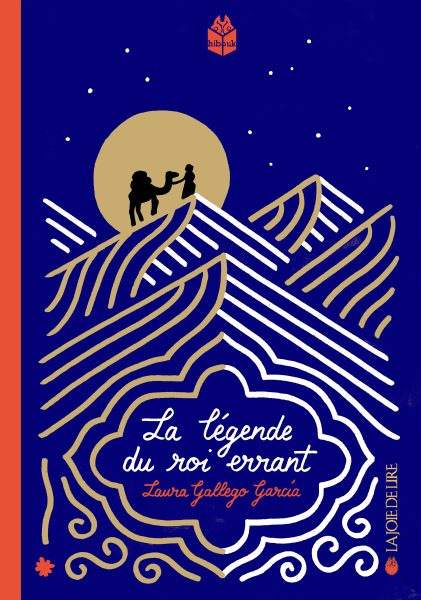