Why did you make this work:
During my final year studying Illustration at DJCAD, we were given an open brief to create an illustrated book of any kind. Inspired by my own experiences, Wilson Strange explores the connection between creativity and mental health by telling the story of a man who cannot control his brain.

How was the illustration used:
Wilson Strange was released online for anyone to read during the week that would have been my degree show in the Summer of 2020. I also self-published a short run of physical books which I sold with 100% of profits going to the Scottish Association for Mental Health.

How did you make this work:
I used a combination of 2D and 3D image-making techniques to visually explore the depths of Wilson’s imagination and darkness of his mind. 3D images were created using a series of laser-cut wooden pieces which were each painted and sanded by hand before being photographed.

Biography:
Greg McIndoe - also known as Headless Greg - is an illustrator and design writer based in Glasgow. Since graduating with a First Class degree in Illustration from Duncan Of Jordanstone in 2020, he has been chosen as One To Watch by D&AD and worked with the likes of Ancestry, Make Bank and Creative Dundee. Greg’s work is all about abstraction and he loves nothing more than playing with shapes. 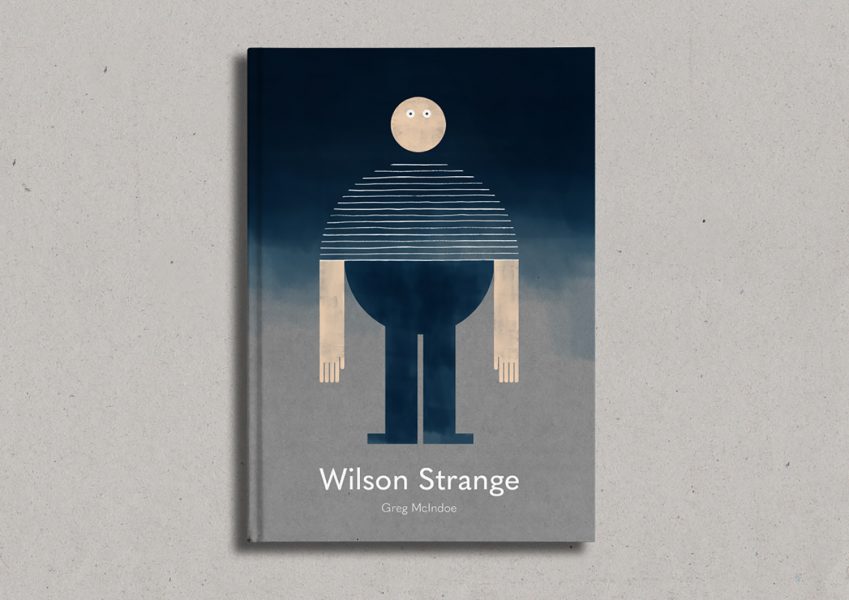 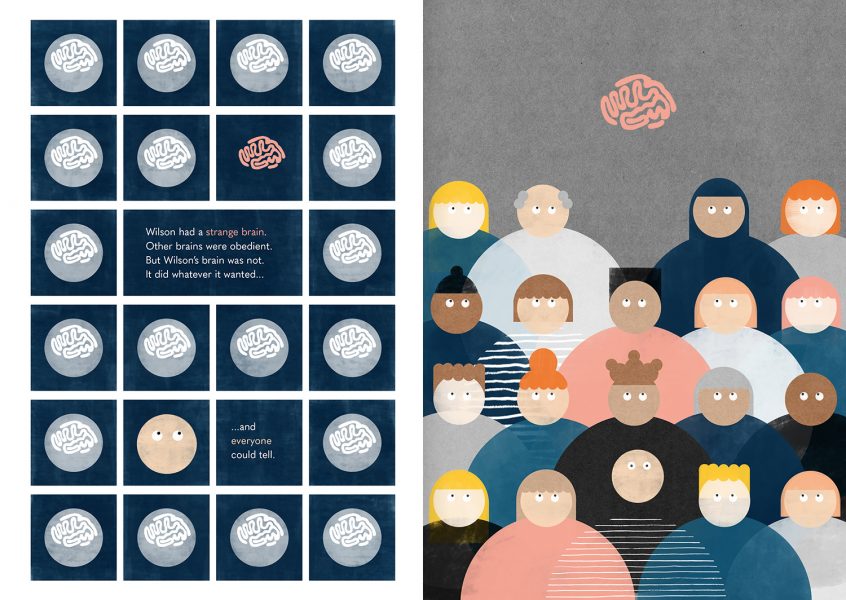 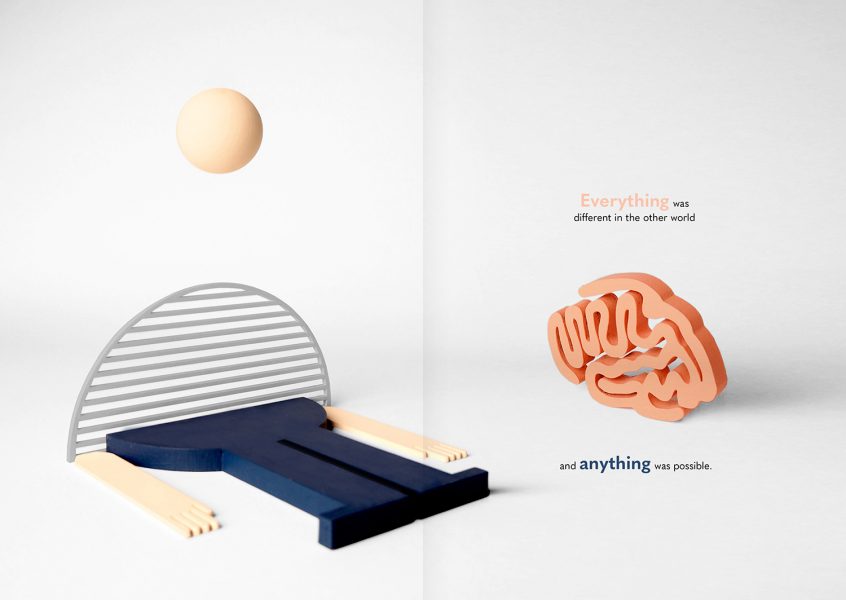 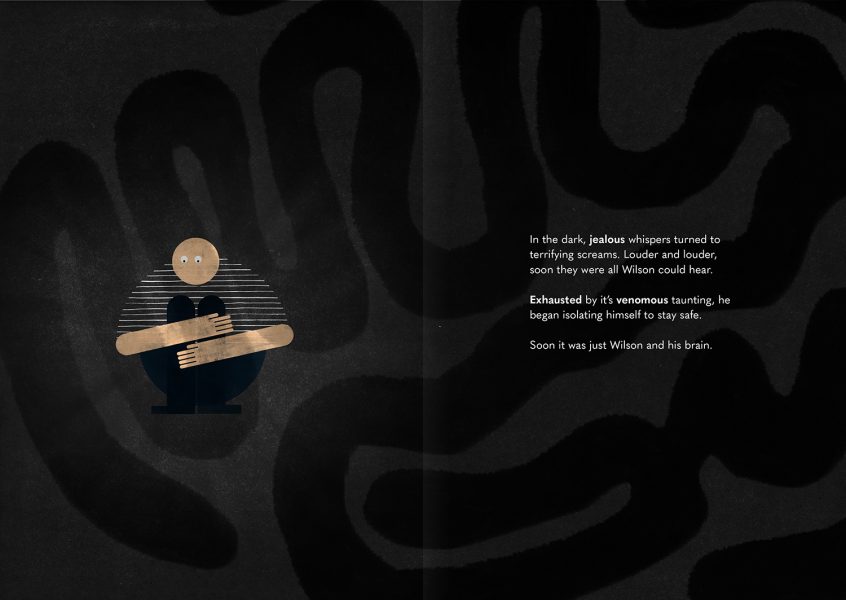 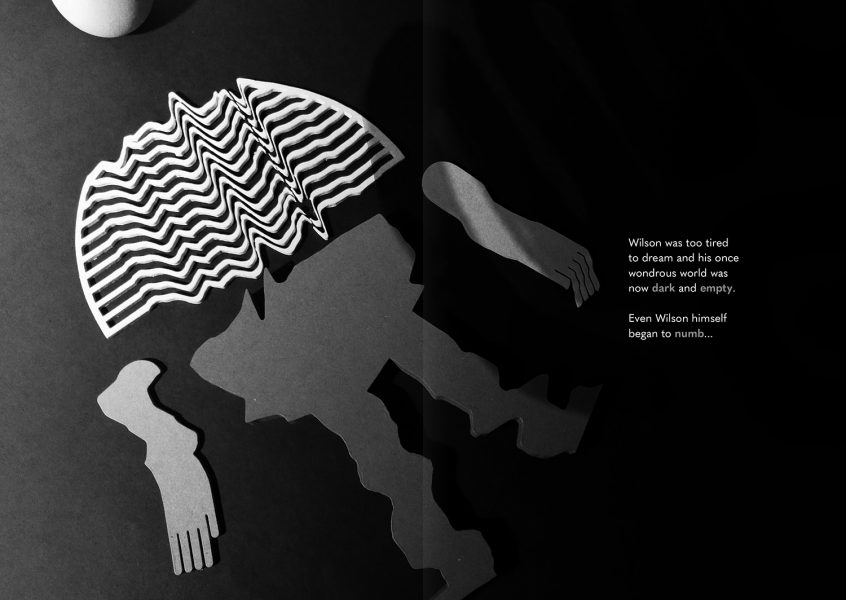