Sketches and storyboards in sketchbooks developed into individual cells drawn in pen and ink, coloured using watercolour paint and brush pens then scanned into digital files and edited together with music, sound effects and narration for still motion film.

Applying Bob's humorous cartoon style to the telling of a complex autobiographical story. The idea was to produce a visual diary of his first 730 days of fatherhood, from his daughter's traumatic birth to her second birthday, when she took her first steps. The piece would show Bob's life and expectations changing in response to his unexpected new reality, with both unflinching honesty and a big dose of comedy 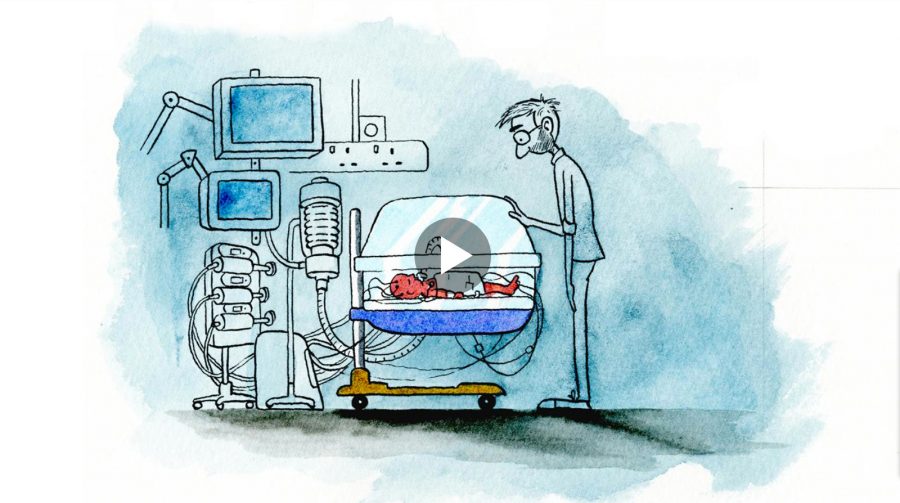