Illustrations used on posters, flyers and stickers at the Edinburgh Comedy Festival posters were displayed in venues and on street sites.

I was asked to create an image to be used on posters and flyers to promote the comedy show 'Expect the Unexporcupine' at the Edinburgh Comedy Festival.

commissioned by Expect The Unexporcupine for Michael Stranney / Olaf Falafel 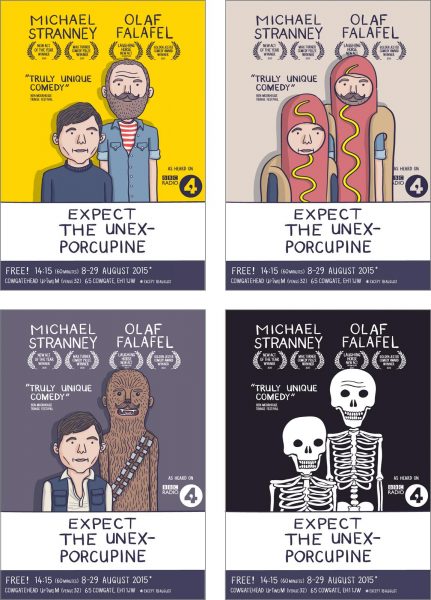