The 'Beautiful Chaos Campaign' celebrated the day of the dead with a series of unique skulls based on someone who was a large inspiration personally. Pierpoint based his skull on his Granddad, whose greatest achievements was his involvement in building the famous Queen Mary ship. This plays a prominent part of the skull, as well as his Scottish heritage.

Comissioned by The Garage Amsterdam and Communicator World  for El Jimador 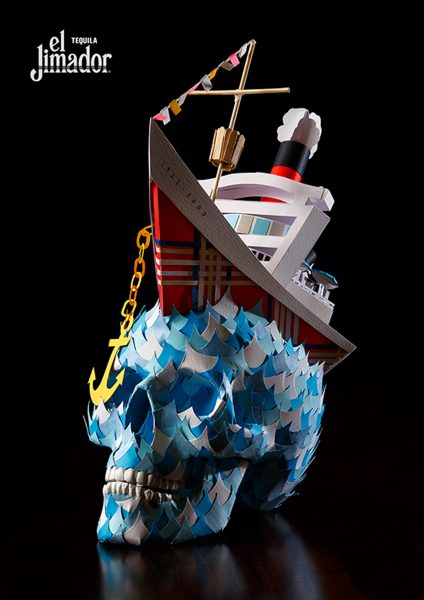