Geoff has worked as an illustrator since 1987 after graduating with an MA from the Royal College of Art. His work has appeared in The Guardian, The New York Times, The Times, the Radio Times and many more. Clients have included The Folio Society, Penguin Books, The Royal Mail and The Historic Royal Palaces. He has combined an illustration practice with teaching the subject since 1994, formerly heading BA illustration at Middlesex University he is now Associate Professor and Course Director of BA Illustration Animation at Kingston University in London.

The Folio Society gave Geoff the opportunity to explore an area of historical fiction which he was unfamiliar with. One of his favourite film directors, Anthony Mann, went from crime film noirs in the 1940’s to historical epics in the 60’s, so after starting out being commissioned by the Folio to interpret Chandler and Greene, this project contributed to his theory of illustrating literature similar to that of a film director, but without the Hollywood budget.

"The AOI does a great job in promoting and representing the work and interests of illustrators and the reinvention of the awards last year helps to keep that role current. It is great to have work recognized, but equally I hope it will inspire the wonderful range of talent that is drawn to the subject to enter future awards. I’m very honoured that the work has been selected.”

BRIEF: The Alexander Trilogy by Mary Renault: A set of historical novels with a cult following; dramatising the extraordinary and short life of one of the most brilliant military leaders ever.

MATERIALS: Chalk pastel on printmaking paper scanned and completed in Photoshop. Lettering was handpainted in ink and scanned into Illustrator.

RESEARCH: I was lucky enough to be able to build into my research process visits to the British Museum and also the Altes and the Pergamon Museums in Berlin. As a ‘new’ visual arena for me I had to make a lot of contextual and incidental research to build an understanding before exploring the interpretation of the text. It was so enjoyable to learn so much in the course of the development, it was only the strict deadlines that shaped the final pictures.

PROCESS: After exploring the language of Greek vases and identifying significant narrative passages of text, I set about finding compositional expression for the content. The relatively short life of Alexander contained many physical metaphors for his unique experiences. Mary Renault’s emphasis makes a powerful interpretative arc that sweeps from heroic glory to the most brutal acts. I was keen to bring an alternative and otherness from the text through pictures, which enhances the reading of the books. The covers were treated like the establishing shots in movies and sequenced to show Alexander’s life arc.

RESISTANCES: Colour printing dictates particular patterns of pagination and created some restrictions to the sequencing of pictures and hence their ‘stand alone’ narrative. The limitations in the covers, spines and slipcase materials helped, I think, to reduce the expression of content to its core.

INSIGHT: There was such an enormous amount of visual material that had already been constructed in paintings, theatre, film and television that it felt bewildering against the clock, to ‘internalise’ and fully establish a coherent set. I feel that it only emerged at the end and shows how essential a deadline is for an illustrator!

DISTRACTIONS: Being Course Director of Illustration Animation at Kingston University…though its endlessly inspiring working with the students. Actually the field trip was very handily going to Berlin that year and helped with research! Not a distraction at all, my younger son was very helpful with choosing compositions and colour options.

AFTERWORDS: I am hoping for either a series of Western novels or a space epic next to fully replicate Anthony Mann’s career (actually I would rather have interesting literature). 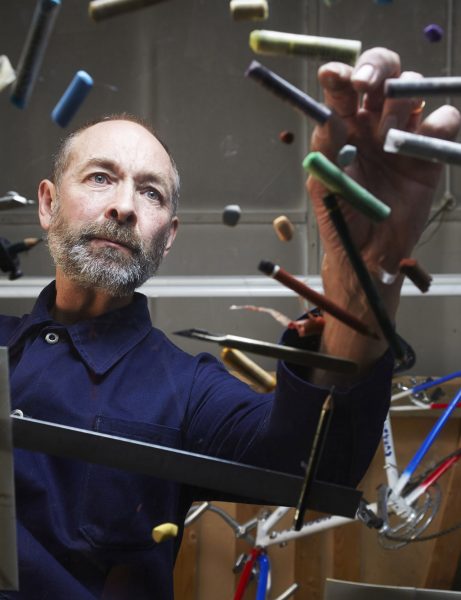 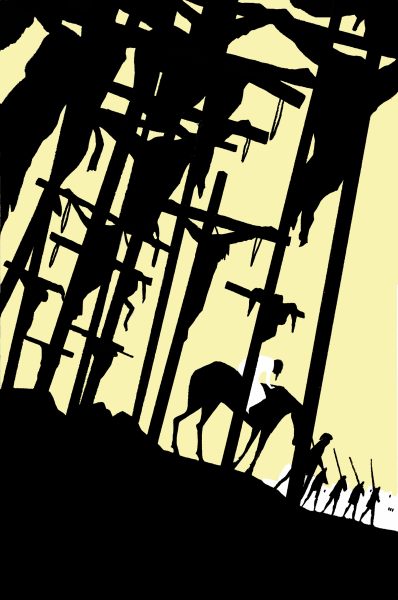 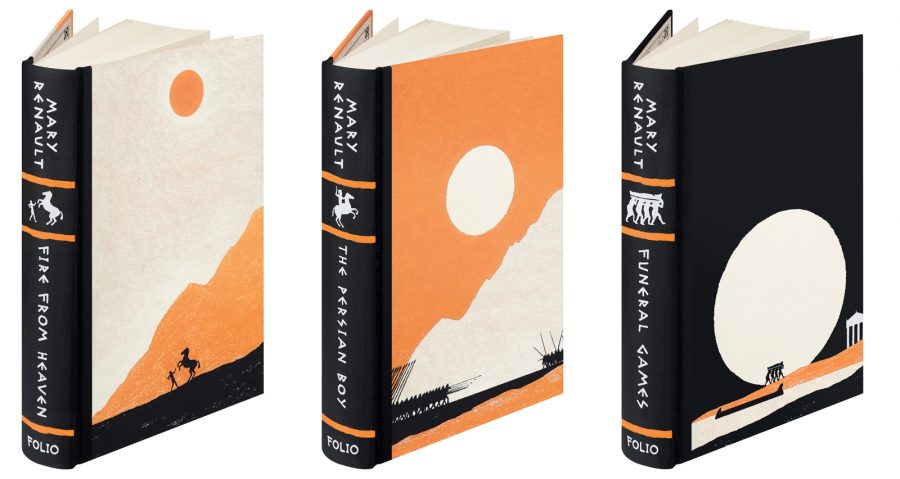