Andy Ward studied fine art Painting & printmaking at the Norwich School Of Art.  He has designed characters for Barbie, Hotwheels, & MTV and his animation has been shown on London's Imax cinema. His clients range from The Wall Street Journal, The Washington Post & Time through to Budweiser, L'oreal & Sega. He has made over 1,000 illustrations for the UK's Daily Mail and continues to work with them regularly.

This shortlisted illustration forms part of a series of four posters for a mental health awareness campaign for the University Of California's Santa Cruz campus. The campaign employed a series of saccharin animal characters whose underlying mental health issues betray their assumed mental state. The posters invite the students to take a closer look at their fellow students who may be displaying the subtle signs of one of the conditions highlighted in the campaign. The shortlisted image highlights anorexia.

“This really means a lot to me, I've been emotional.  I don't think it's relevant to study illustration or be well informed about the academic side of the industry in order to have a passion for illustration or forge a career in the field. I have a love for image making and I've been lucky to have enjoyed a career and support a family through illustration. I owe so much to an industry that allows me to do this and to be recognised by the AOI as a valid contributor to the industry I love has really knocked me out.”

BRIEF: To create a series of posters highlighting mental health issues for display around the Santa Cruz campus of the University Of California. The first poster of the series highlights eating disorders and shows an anorexic unicorn unnecessarily at issue with it's own body image. The client requested a no holds barred assault on the eye with a 100% artificial colouring approach. The brief demanded a particular use of humour to communicate a serious message. The characters were to suggest non specific retro TV or cartoon characters from the childhood of the target group and by setting up a false sense of security flip the warm feelings of nostalgia when viewing the characters to one of isolation. In turn the viewer is invited to look closer at that which is familiar around them, in this case spotting the potential mental health issues masked by fellow students.

MATERIALS: Pencil drawings scanned and worked up in Photoshop & Adobe Illustrator. I produce airbrush and watercolour textures which were used to build up the background.

RESEARCH: The ad agency (JWT New York) provided scamps and mood boards as the reference and colour approach were very specific for this campaign. I clicked they were after a nostalgia trip after being sent mood boards bursting with Lisa Frank and Care Bears images. I fully immersed myself in a techni-coloured saccharin cocoon of Care Bears movies and Lisa Frank fluffiness for a week or so and came bursting out the other side with a completely violated approach to colour management.

PROCESS: My process is still based on the technique I developed before I began working digitally, that of back painting characters onto acetate sheets and laying them over a separate hand painted background. The way traditional 2d animators work. My process now employs the additional benefits of Photoshop, so the lower element of risk and increased room for experimentation allow for airbrushing and watercolour backgrounds to be fused with digital colouring. I developed a custom brush palette scanned in from the analogue tools I used before I went digital to maintain that link and add character to the line.

RESISTANCES: Colour. Feedback from my first set of colour sketches prompted cries from the agencies design team of BRIGHTER! BRIGHTER! BRIGHTER! Over the years my colour sense has developed to become quite complex, and despite the restrictions of narrative and mood I try to balance my palettes out above and beyond this to the base level of making them work aesthetically. All of this went out of the window on this job. At base level the posters had to use as much CMYG (thats green on the end there) as possible. No neutrals, no blacks. I think it was Mary Blair who stated that white was the most powerful (colour?) of all. Remembering her quote saved my bacon on this job as I used white to harness the chaos and settle the eye down in these.

INSIGHT: Being forced to work with these colours taught me to respect colours I would normally shun. All colour has a place and can be employed in any quantity when used with thought.

DISTRACTIONS: I tend to be in the studio for 8a.m and usually leave around 9p.m. Keeping the eye keen and stimulated is so important. I disconnect with the screen by playing Boogie Woogie piano. I play for around 1/2 hour a day a tune or two at a time throughout the day. I completely lose myself in music then come back to the visual world keen again.

NUMBERS: 59. The number of editorial jobs commissioned whilst working simultaneously on the 4 posters 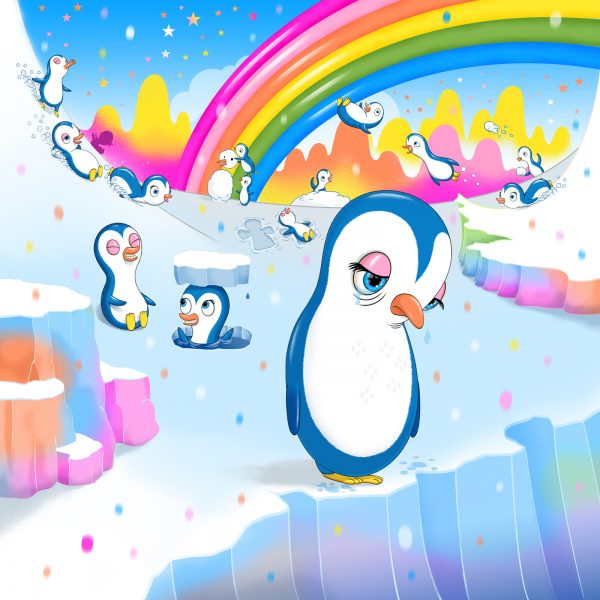 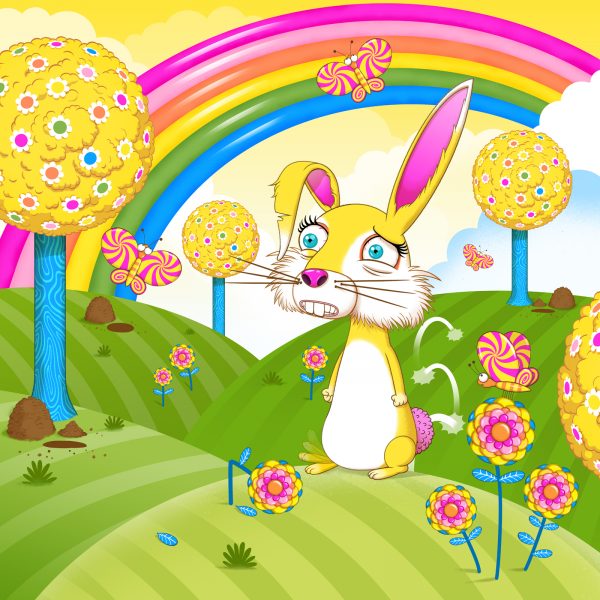 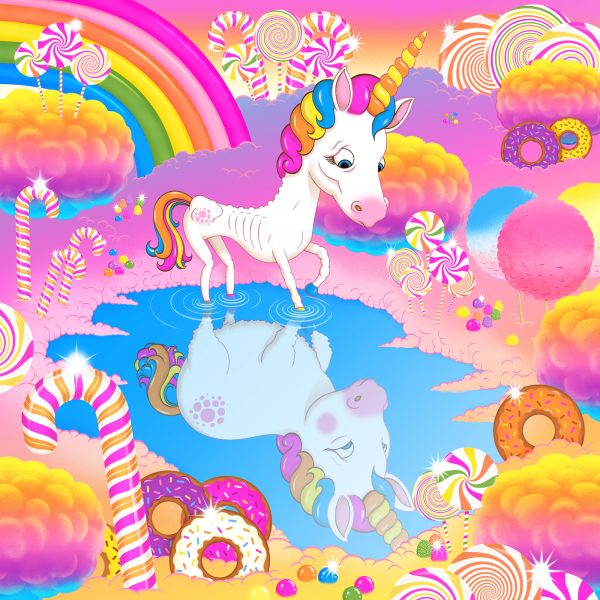