Harriet Russell was born in London in 1977, but grew up in the Sussex countryside in the small village of Lynchmere. She has always loved drawing and created little stories and books from a young age. She studied illustration at Glasgow School of Art and Central Saint Martins in London where she completed her MA in 2001.

Her book Envelopes was published by Random House in 2005, and Allison and Busby in 2008. It features a collection of decorated envelopes addressed in many different creative ways – crosswords, word puzzles, maps, visual games and literary word play. The majority of envelopes arrived at their destinations and all have postmarks to prove it!

“I was very happy to receive this award as Envelopes was a very important project for me. I lived with it a long time, as the first envelope was sent in 1998 – and it was finally published in the UK ten years later! I think winning the award made many more people aware of the book, as at the time of winning (2006) it was not yet available in the UK.”

BRIEF: To produce a cover for my own book of creatively addressed mail.

RESEARCH: I sent lots of unusually addressed envelopes – starting off very simply with mirror writing or very bad writing, and progressing to crosswords, anagrams, wordsearches and more. These arrived so I was encouraged to send more and more. I also did a stint sorting the Christmas mail one year, so I could see what happened behind the scenes at the sorting office!

PROCESS: The cover tries to embody the spirit of the book in a playful way, making the stamp into the character of the Queen, who is holding the title. The illustration was done on an envelope that has been sent through and postmarked, and then mounted on a brown envelope background.

RESISTANCES: At the beginning of the project I was worried that the envelopes would get lost or that the postmen wouldn’t want to bother with my insufficiently addressed mail. I was very lucky that they seemed willing to involve themselves in it and even started writing ‘solved by’ on the backs of envelopes. I only had one really bad reaction from a postie who wrote some choice offensive words on one of my creations! I also had a few problems when it came to be published, I had to get permission from Royal Mail for reproduction of the stamps, and I also had to include a special note in the front of the book, a reminder to people to clearly address their mail!

INSIGHT: I quickly learned the importance of including the postcode – the rest of the address could be incomplete or indecipherable, but if the postcode were included, the chance of it getting there was much higher.

DISTRACTIONS: The whole project happened over such a number of years that these probably varied. In general though (in the early days) – probably other work, cups of tea and visits to the Vic (Glasgow student union)!

NUMBERS: The book contains 75 envelopes, although many more were sent. I am not sure how many but it must be around 150. I cannot guess at the amount of hours the whole thing took me, but it was a great many.

FINAL THOUGHTS: One of the most enjoyable and personal projects I have ever done. I owe a great deal to the postmen who delivered my envelopes, without whom, I would not have a book! 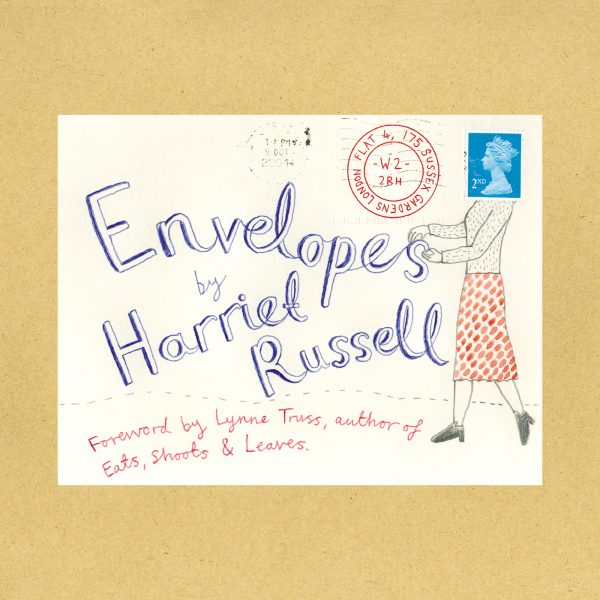