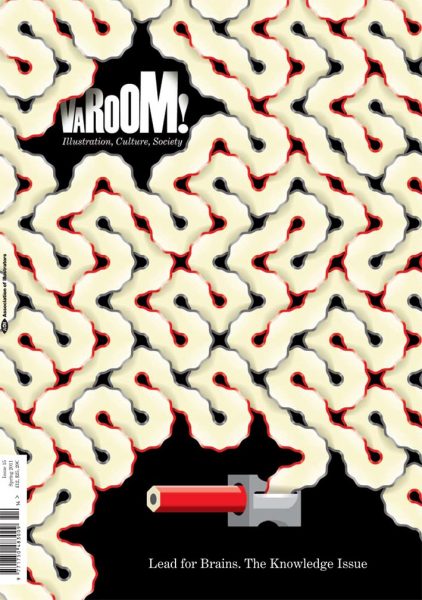 As illustration and design departments in England prepare for an unprecedented withdrawal of government funding, Des McCannon uncovers the deep-rooted cultural prejudices shaping education, and asks whether traditional text-based educational practices are relevant for an image-based culture.

HOW TO DO HOW TO FILMS

Over a decade of design AIRSIDE has become known for its unique and playful illustrations and animations for major brands, and they are now ready to share a guide on How To Make a How To Film.

“WHERE’S THE WOOKIE?” LESSONS FROM ANGOULÊME

A comics festival with no one dressed as Chewbacca? A report from the comics convention that has transformed a small French town into a commercial hub for professional illustrators and comic book artists.

Some immensely talented female artists and illustrators are underappreciated and often seem to slip through the gaps of the canon of illustration. Martin Salisbury looks at the life and work of Sheila Robinson, a woman whose work includes book illustration, advertising, design, printmaking, mural painting and even the design of pleasure beach amusements.

The frame isn’t just the line the illustrator draws to define the edge of the picture. Two recent shows by Norman Rockwell and John Stezaker reveal what happens when the frame becomes part of the picture.

From age-old fairy tales to contemporary maps that tell stories, illustration has always captured a deeper sense of place. Derek Bainton explores how various illustrators have depicted issues such as civilization, pleasure and homelessness in modern urban living.

Paul Davis continues his regular column A Life In Illustration where he tells a story of his thought-provoking bus journey to see a potential client. Marian Bantjes presents a map of an Isle of Knowledge, with all the ups and downs of a terrain all illustrators are familiar with.

Nicholas Blincoe explores the challenge taken on by design agency Pentagram and the illustrators they commissioned to create a set of covers for Vladimir Nabokov’s books. John O’Reilly, in A Tale of 3 Cities, overviews three very different books by Jon McNaught, Christian Montenegro and William Goldsmith to discover the tools illustrators are using to create imaginary worlds.

Varoom 15 is available from the AOI Shop