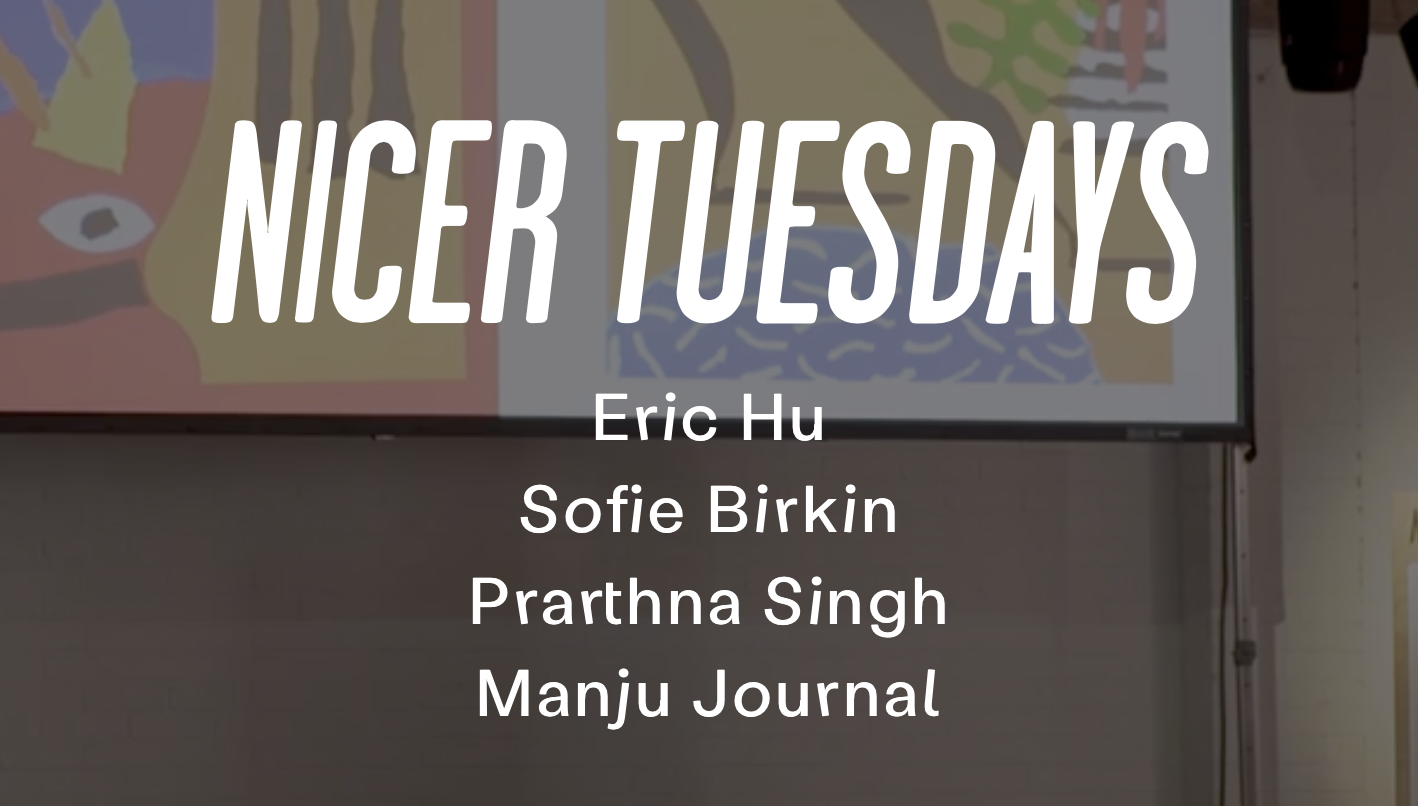 On the last Tuesday of every month, It’s Nice That hosts an evening of creative talks via our online events platform. The events begin at 6 pm and, shortly after, four speakers from across the creative world take to the (virtual) podium to share insights from a recent landmark project, showing the ideas and processes behind its making. Fun, candid and ever-eclectic, the talks are a source of inspiration for creative people of all types from across the globe.

Eric Hu – not just a designer working at the highest echelons of the industry, having been global design director of Nike sportswear and director of design at Ssense, he is also known for his highly respected criticality of thought, addressing prevalent issues in the creative industry and the wider world. For instance, as seen on his stream-of-consciousness-like Twitter feed. Additionally, he’s the creative mind behind the masthead and design of Mold Magazine – a publication all about the future of food – not to mention a myriad of album artworks, posters and logos. Discussing his extensive work to date, we are delighted to welcome the New York-based designer to the online Nicer Tuesdays stage later this month.

Sofie Birkin – one of It’s Nice That’s Ones to Watch 2020 lineup back in February. And now (lucky for us) she’s joining as a speaker this coming Nicer Tuesdays to discuss her newly-illustrated book, Sex Ed. Diversity and queer visibility have always been paramount themes explored in the illustrator’s colourful works, subverting traditional ideas of femininity in turn. In her talk, she’ll take us through the illustrations for this refreshingly frank new release, a new kind of sex manual written by educator and body positivity advocate Ruby Rare.

Bombay-based photographer Prarthna Singh boasts an enviable list of clients from The New York Times, The Economist, FT Weekend, Wired, The Guardian, Nike and Instagram; just to name a few. Aside from these impressive commissions to date, it was Prarthna’s personal projects that really caught our attention, a practice focused on interrogating female identity in contemporary India, specifically at the intersection of gender and nation. Highlighting stories that delve deep into the matter first hand, she documented the women-led, sit-in Shaheen Bagh protests in New Delhi last year, objecting to the government’s discriminatory Citizen Amendment Act. While in another project, Champion – an ongoing body of work started six years which we’ll hear more about at Nicer Tuesdays – Prarthna powerfully captures portraits of female athletes in the northern state of Haryana.

Global art and culture platform, Manju Journal, is an initiative dedicated to shining a light on contemporary African talent. Covering fashion, music, photography and society, Manju Journal champions emerging creatives from the diaspora with a particular emphasis on authenticity. Established back in 2017 by Orlando Mensah, the Accra-based creative was soon joined by Kusi Kubi becoming fashion director. In those few short years, Manju has carved a name for itself by highlighting some of the most exciting unknown talent out there, while collaborating with the likes of Gucci and A Vibe Called Tech. In the famed fashion house’s first collaboration with an African-owned media platform, the recent campaign explores the Ghanaian concept of gender fluidity, as in most Ghanaian languages, pronouns are genderless.