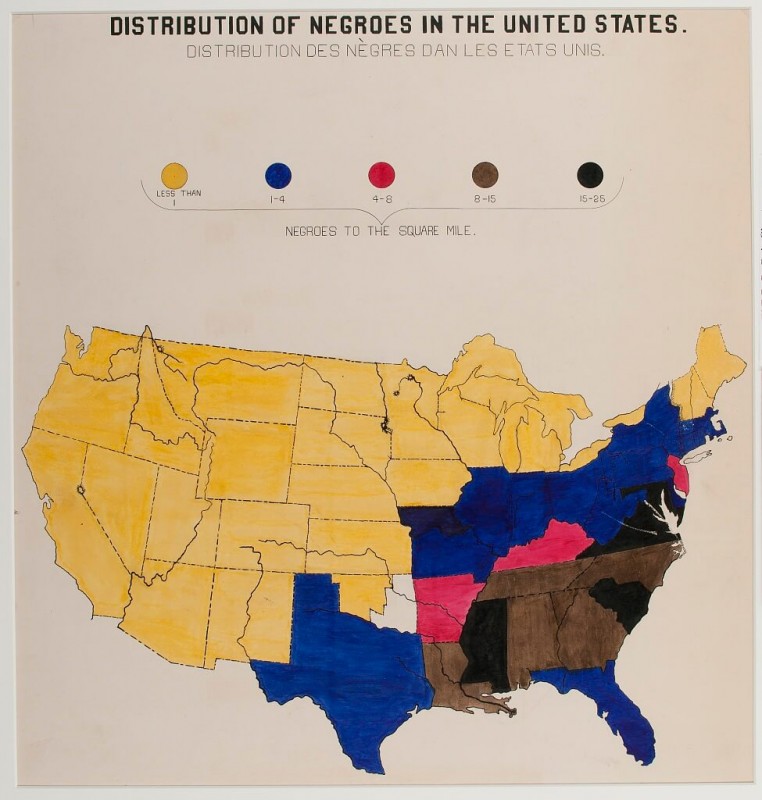 Revered by everyone from Martin Luther King Jr. to Beyoncé, W. E. B. Du Bois stands as one of the most important and influential African American activists and intellectuals of the 20th century. As co-founder of the NAACP (National Association for the Advancement of Colored People) and author of the seminal book The Souls of Black Folk, Du Bois is celebrated for his profound and prolific writings. But alongside his famous essays, Du Bois produced an astounding – yet little-known – body of infographics to challenge pseudo-scientific racism, making visual arguments every bit as powerful as his textual ones.

In stark contrast to other exhibitors at the Paris Exposition that viewed black people as colonial commodities, Du Bois had one goal: to prove, to an international audience, the essential equality of African American people. By presenting his own research on the achievements of African Americans in the few short years since Emancipation, Du Bois demonstrated that black culture had flourished even within the extreme constraints of violently enforced racial segregation across the Southern states.

Alongside reproductions of Du Bois’s graphics, the exhibition will present original artwork by Mona Chalabi, Data Editor at The Guardian, repurposing his distinctively clean lines, arresting shapes and bold primary colours for the 21st century. Chalabi’s work demonstrates the enduring relevance of Du Bois’s data visualisation methods and the racial inequalities he fought against.

W. E. B. Du Bois: Charting Black Lives is co-curated by Paul Goodwin, Professor at the University of the Arts London, a curator, scholar and specialist in black urbanism.

Tickets can be purchased from House of Illustration directly.
Note that AOI Members have a 2FOR1 Discount when purchasing tickets on the day – Find out how to redeem the offer here.
+ Google Calendar+ iCal Export