The Advertising Category celebrates illustration that sells, featuring everything from online campaigns, billboards, to print advertising.

Check out the incredible entries shortlisted for the World Illustration Awards 2020 Advertising Category below. If you would like to learn more about a project, click on the image to see the complete entry and find the artist’s contact details.

Thanks go to the three Advertising category judges

The World Illustration Awards 2020 Shortlist features 200 projects, selected by a jury of international experts from over 4,300 entries across 10 categories. 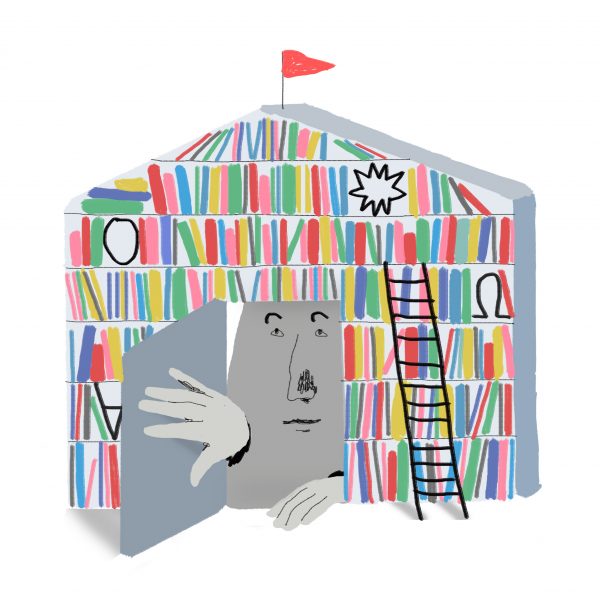 Tereza Prepadnik is an MA student illustrator based in Ljubljana, Slovenia. Alongside her studies she exhibits her work and does freelance work as an illustrator.
Social Media: @terezaprepadnik
Personal Website: https://terezaprepadnik.com


The brief by commissioner Studio Kruh asked her to showcase the various uses of a developing platform for connecting open educational resource sites. The idea was to avoid rigidness and coldness of a typical tech site. She hopes to achieve this by illustrating the users in an inviting and relatable way. Illustrations will be used on the landing page for X5GON Platform website. 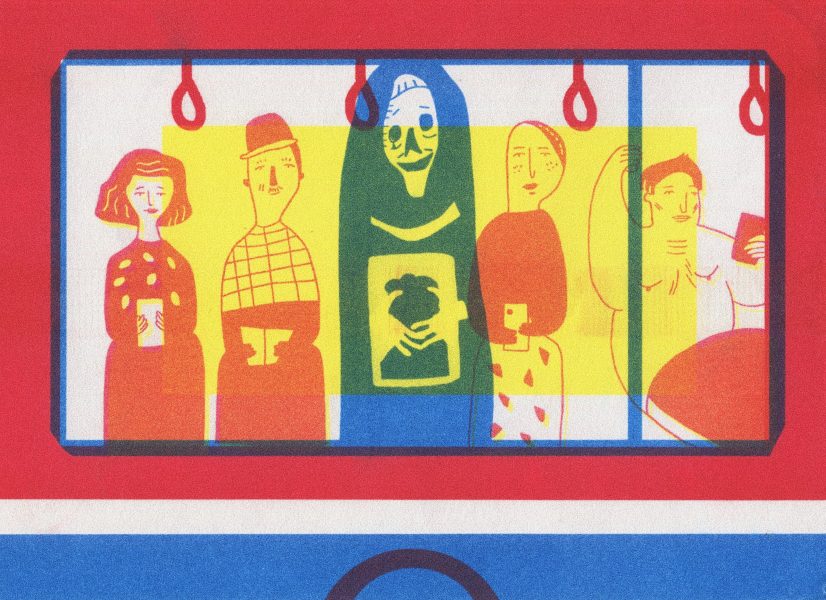 
There are lots of mysterious ghost stories about ghosts on the London Underground. Amy illustrates these to arouse people’s curiosity. She did a lot of research about different stations and explored their histories. All the illustrations are developed from real stories and are created for possible use in promoting ghost tours on the underground, so they needed to be friendly rather than scary. Anne used silkscreen and risograph prints, the latter offering interesting inaccuracies in the colour position.

Strange Beast is a creative studio based in the UK and provides a unique approach and artistically led solution to briefs.
Social Media: strangebeasttv
Personal Website: http://strangebeast.tv/

Strange Beast was commissioned to produce the illustrated & animated Travel Portland campaign by Wieden+Kennedy OR. Using the tagline “Go Somewhere Different” the campaign is filled with bold characters and environments highlighting the uniqueness of the destination through the style of the illustration. To reflect the weird and wonderful quirks of Portland, Strange Beast commissioned an eclectic mix of 2D & 3D illustrators to respond to various taglines that focuses on an iconic aspect of the city. 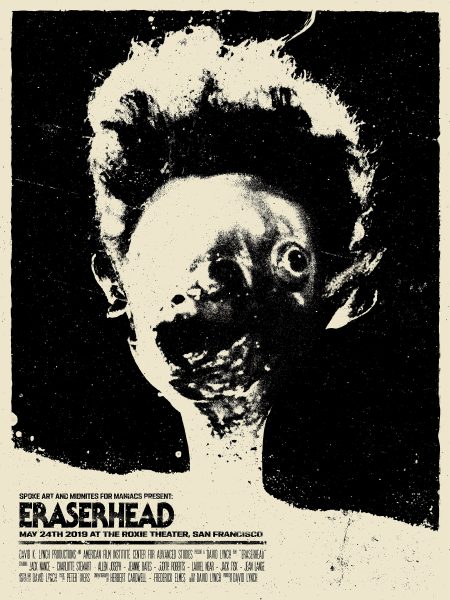 The poster by multi-award-winning Polish illustrator, Bartosz Kosowski, was created for Spoke Art and MiDNiTES for MANiACS 35mm screening of David Lynch’s Eraserhead at Roxie Theater. It was also available at the screening as a limited edition hand pulled screen print on metallic paper.
Social Media: BartoszKosowski
Personal Website: https://bartoszkosowski.com/ 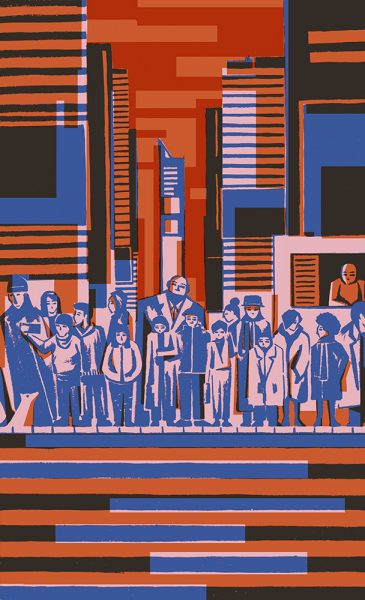 After visiting New York back in 2018, he decided to create a piece that captures the atmosphere, simplifying the towering buildings and focusing on the diversity of the city. The image was drawn using brush and ink first, before scanning in and coloring it digitally.

This animated work by freelance illustrator Simone Virgini is the art for the 3×3 International Illustration Show No.17 and was used to advertise the call for entries. Since a new decade has just started the main theme was decided to be the “future”. The image was first created as a flat color vectorial image and then shades added before animating it with Procreate app.

Simone has a degree in Fine Arts and has been moving around between Italy and Spain since 2014. 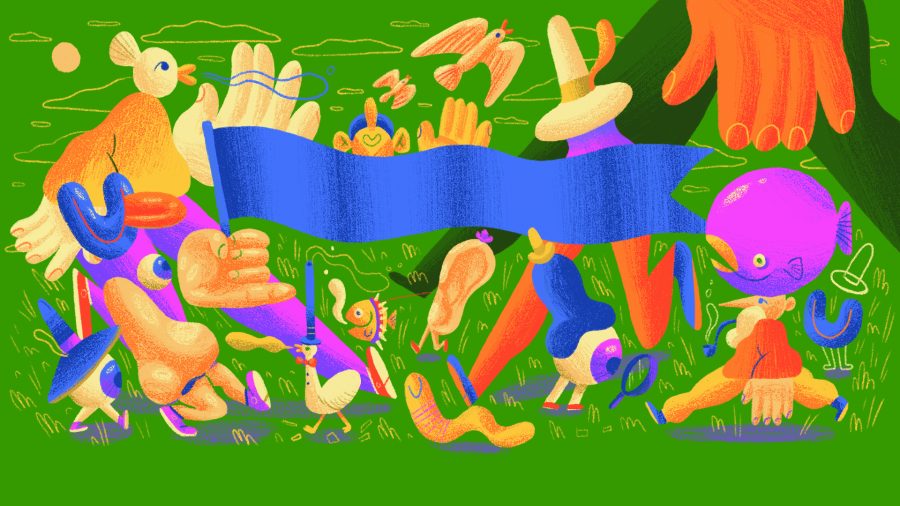 Creative Dundee commissioned this poster for their Pecha Kucha Night to promote the event online on social media. The brief was to make it fun, colourful and random which best reflects Pecha Kucha. It follows a storytelling format where 20 images are shown with 20 seconds of commentary for each, and Scott aimed to capture the randomness by mixing characters walking past past one another as a form of showing all walks of life.
Scott is a freelance illustrator currently based near Dundee in Scotland.
Social Media: scott_balmer
Personal Website: http://scottbalmer.co.uk 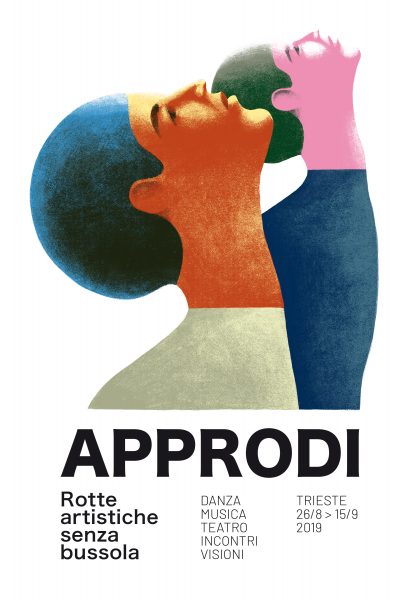 Jan Sedmak is an Italy-based artist who creates illustrations and animations. This advertising poster was created for Approdi (“dockings” in Italian), an itinerant multidisciplinary arts festival held throughout the city of Trieste in a series of wonderfully evocative and hidden locations. The festival includes dance, music and theatrical performances. Created digitally. 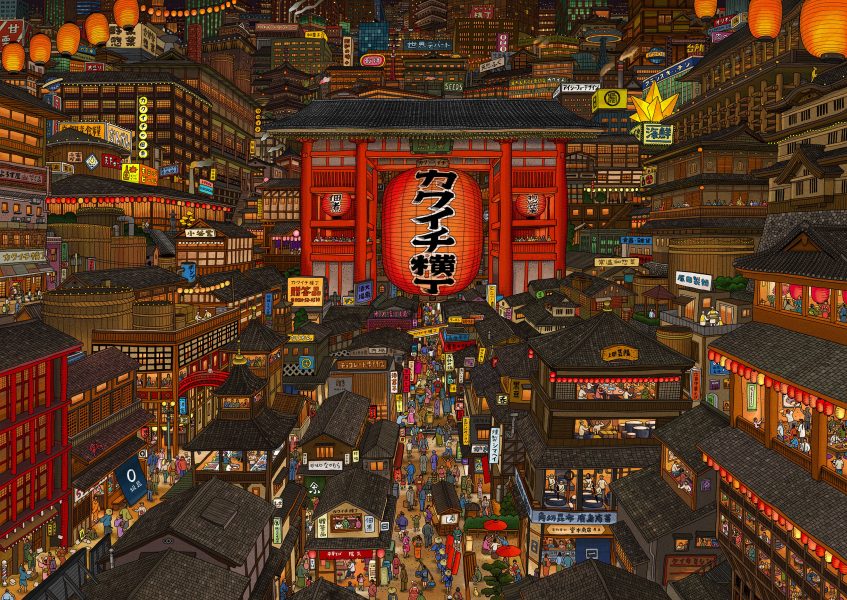 ‘Kakuichi Yokocho’ is a modern online shop selling traditional Japanese side dishes. This futuristic illustration world for ‘Kakuichi Yokocho’ was created by  combining the internet and Japanese tradition together. In the image you can discover a lot of hidden stores such as the kelp market the Chinese noodles shop and also the first Kakuichi Yokocho shop when it was originally established. 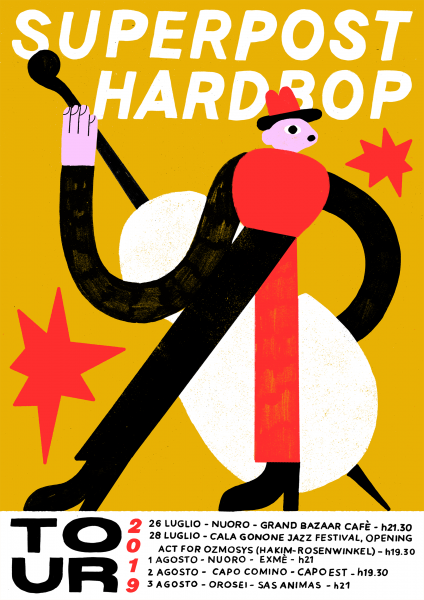 Initially this illustration was used to promote the Superposthardbop tour on social media and as A3 posters to be posted on local concert venues and bars. The illustration was later adapted for the packaging of the cd sold during the quartet’s concerts and parts of it used for profile pictures on Spotify.
This illustration has been realized by hand-drawing using markers. After finalizing the preparatory sketch, each single element of the image has been drawn and scanned separately.

Laura Simonati is an Italian illustrator and graphic designer. She is interested in working and experiment within different fields of Illustration, especially the editorial one. Her main passions are picture books and folk art.

This is the first in our WIA2020 Category Highlights series – see the entries shortlisted in the Advertising Category!