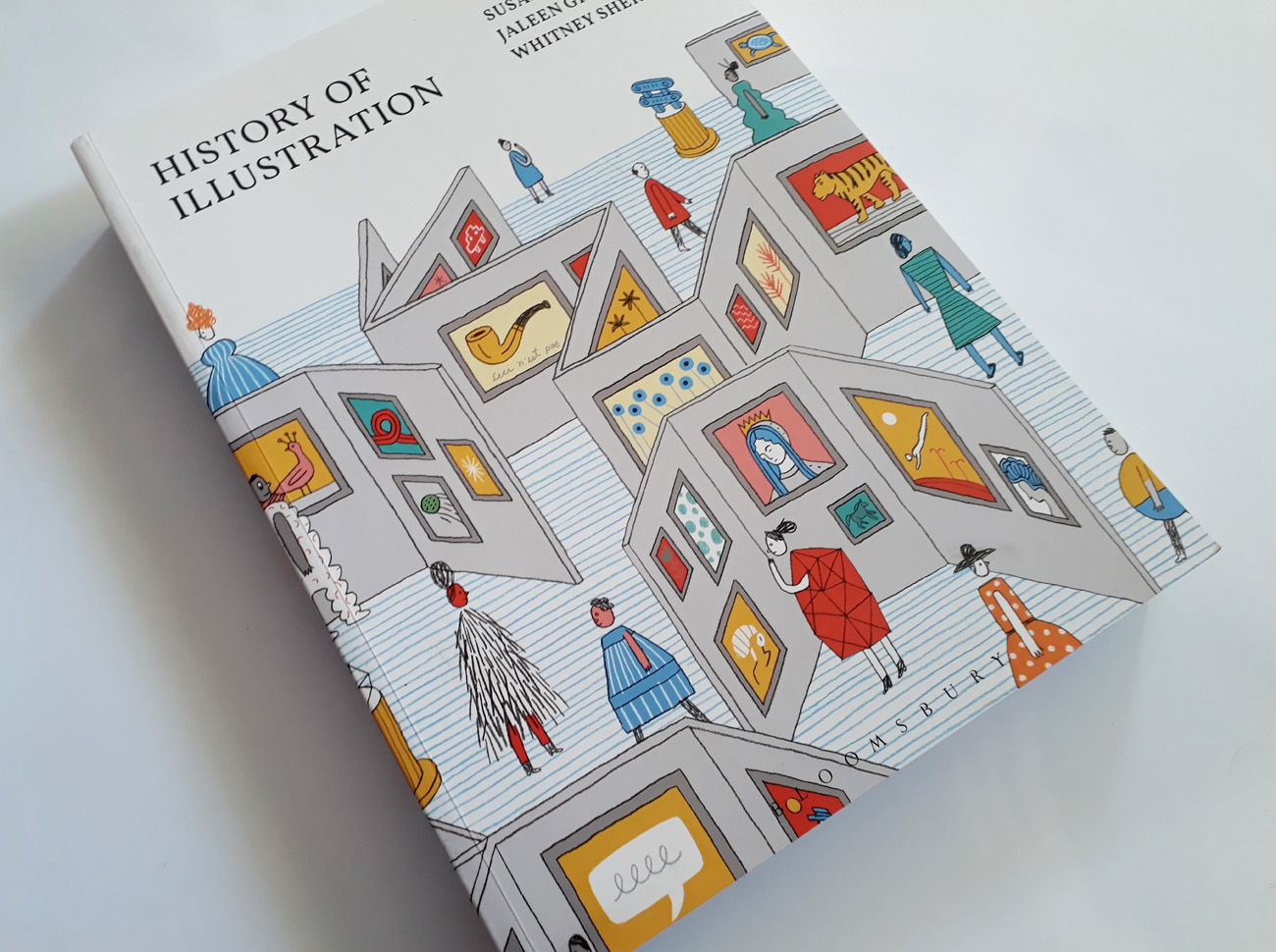 All of us who are involved in illustration have an understanding of its relevance and, to a certain extent, its power. However, we’re not always able to articulate that effectively, and this substantial tome delivers the information, contexts and theory that enable practitioners, students and those wanting to understand the background of illustration the means to do that. 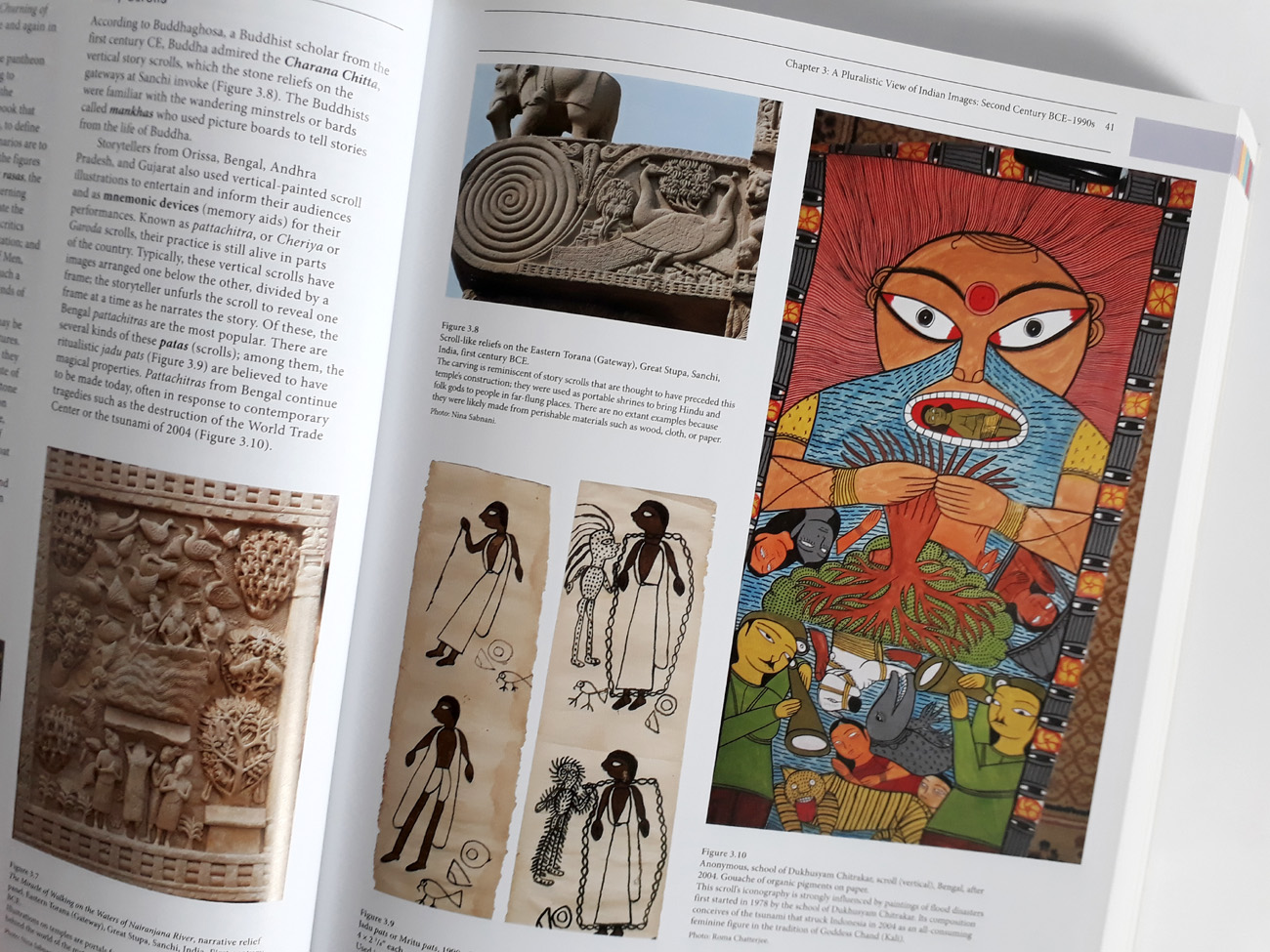 From the start the book lays out a timeline for illustration and covers in clear text the (known) birth of visual communication from the Prehistory era, embracing cave painting, Roman frescoes, the Bayeux Tapestry and illuminated manuscripts. Even gathering images of these varied works together in one chapter lays a foundation of powerful and iconic images from which to begin to celebrate, define and investigate illustration. 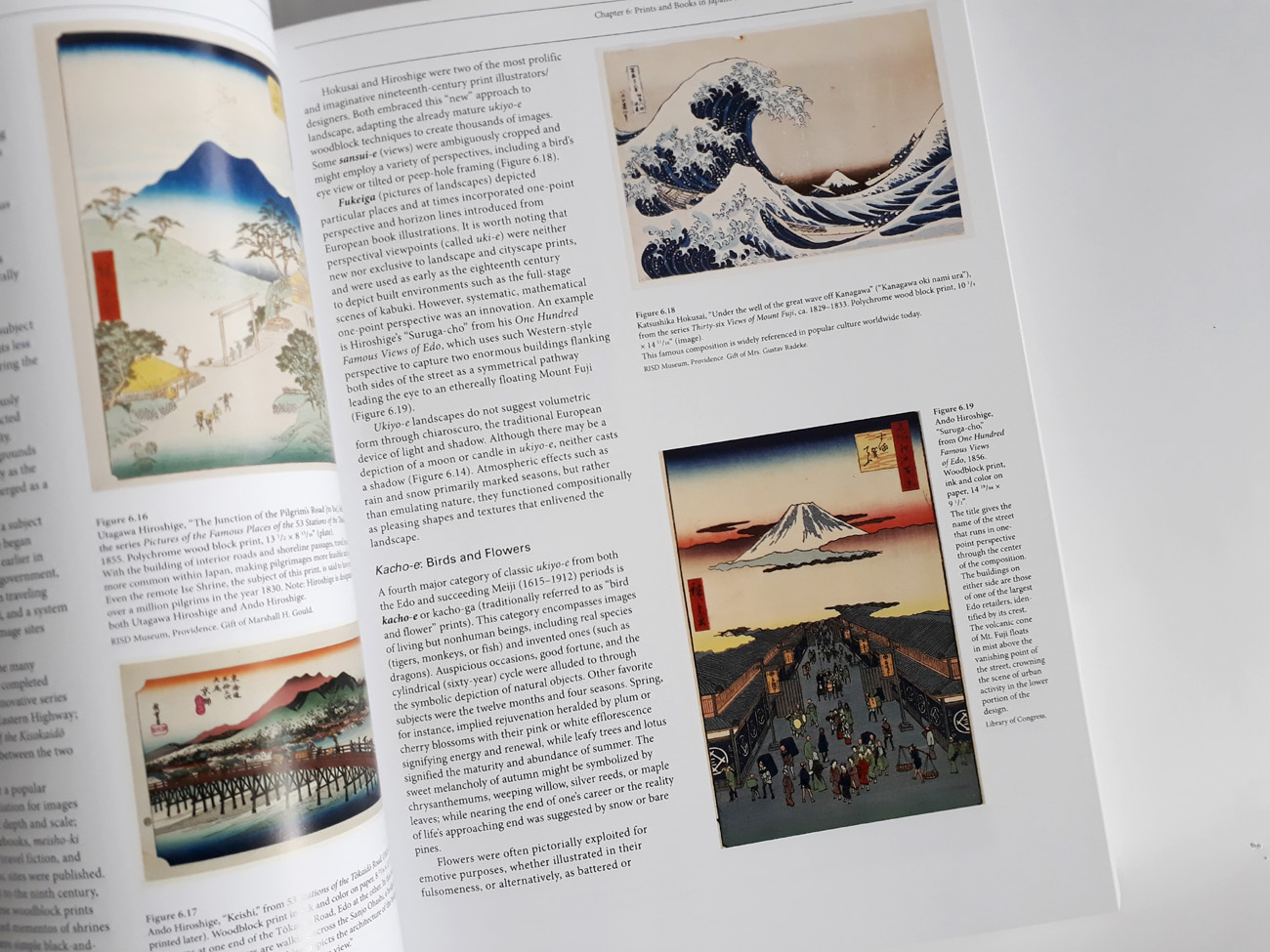 In the first chapter, DB Dowd comments on why it is essential to have a framework for discussing illustration, in Giving Illustrators a Voice:

‘The lack of internally generated analysis of the field, however, has become untenable, because in ceding the debate to intellectuals outside of illustration, everyone was served poorly: high-culture experts remain largely ignorant of illustration and would-be advocates have had little practice in honing their ideas on par with contemporary art historical debates.’

Although images are shown at a limited size due to the sheer volume of information covered in the book, the reader still gets the opportunity to study works from all over the world in areas that include India, China and illustration in a Muslim, and African context (amongst many others). Separated into Sections including  – Images As Knowledge, Images As Power, The Advent of Mass Media and The Evolution of Illustration in an Electronic Age, it’s a volume to seek out for an expansive overview and also for specific areas of the illustration world. 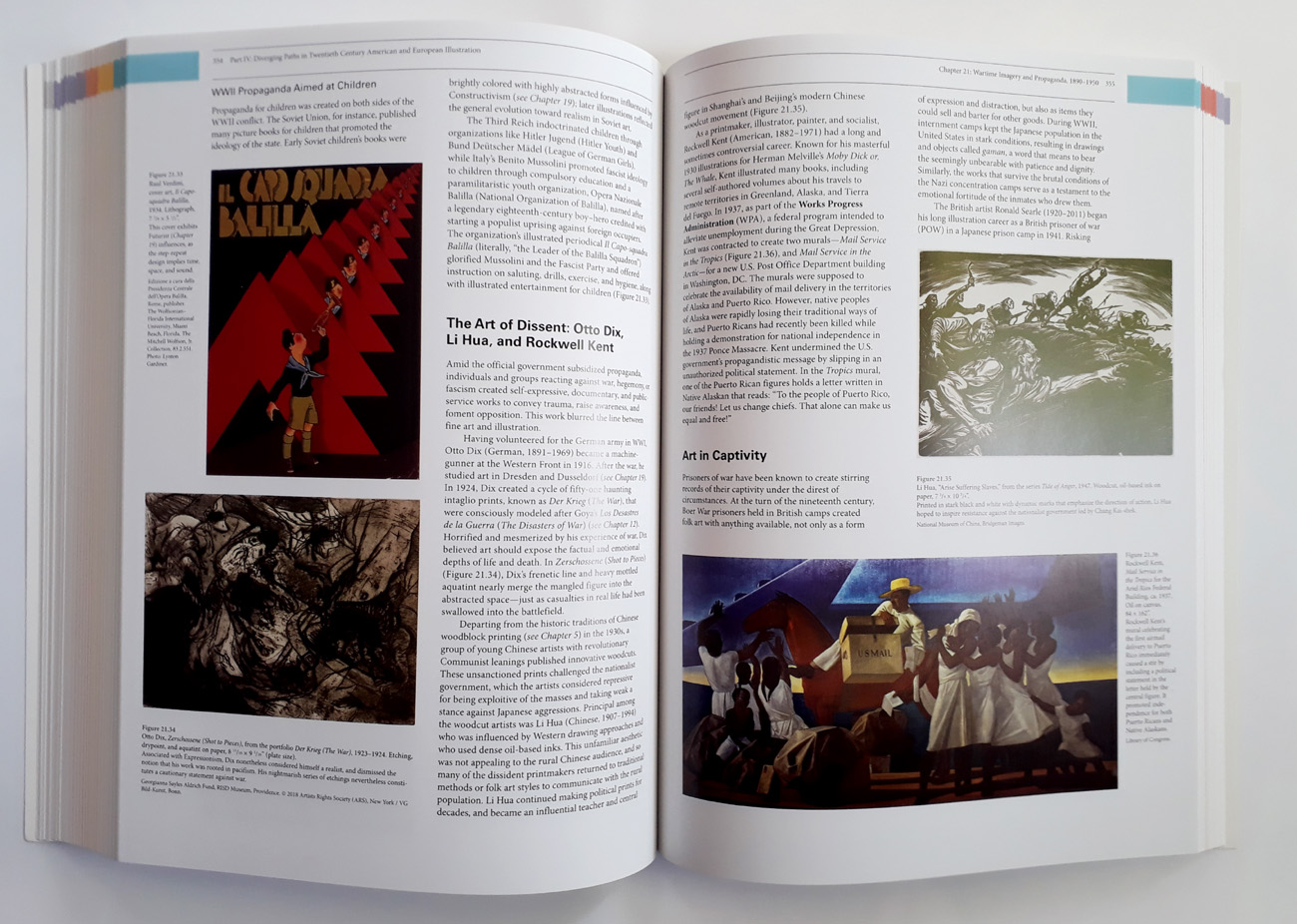 Breakout Theme boxes explain and discuss elements, offering critical theory which expands on the main text of each chapter, and each chapter ends with Key terms and a succinct Conclusion tying together the themes and points raised.

This proves useful, as the amount of information is dense throughout this impressively informative book and the range is frankly stunning. Hats off to all the contributors and the three editors for a project which took over five years. It’s an achievement which the illustration community – and industry – can only benefit from; not only as a thorough reference resource, but as a laying down of the importance of our art-form, and what it has achieved over centuries (and more) in one publication. 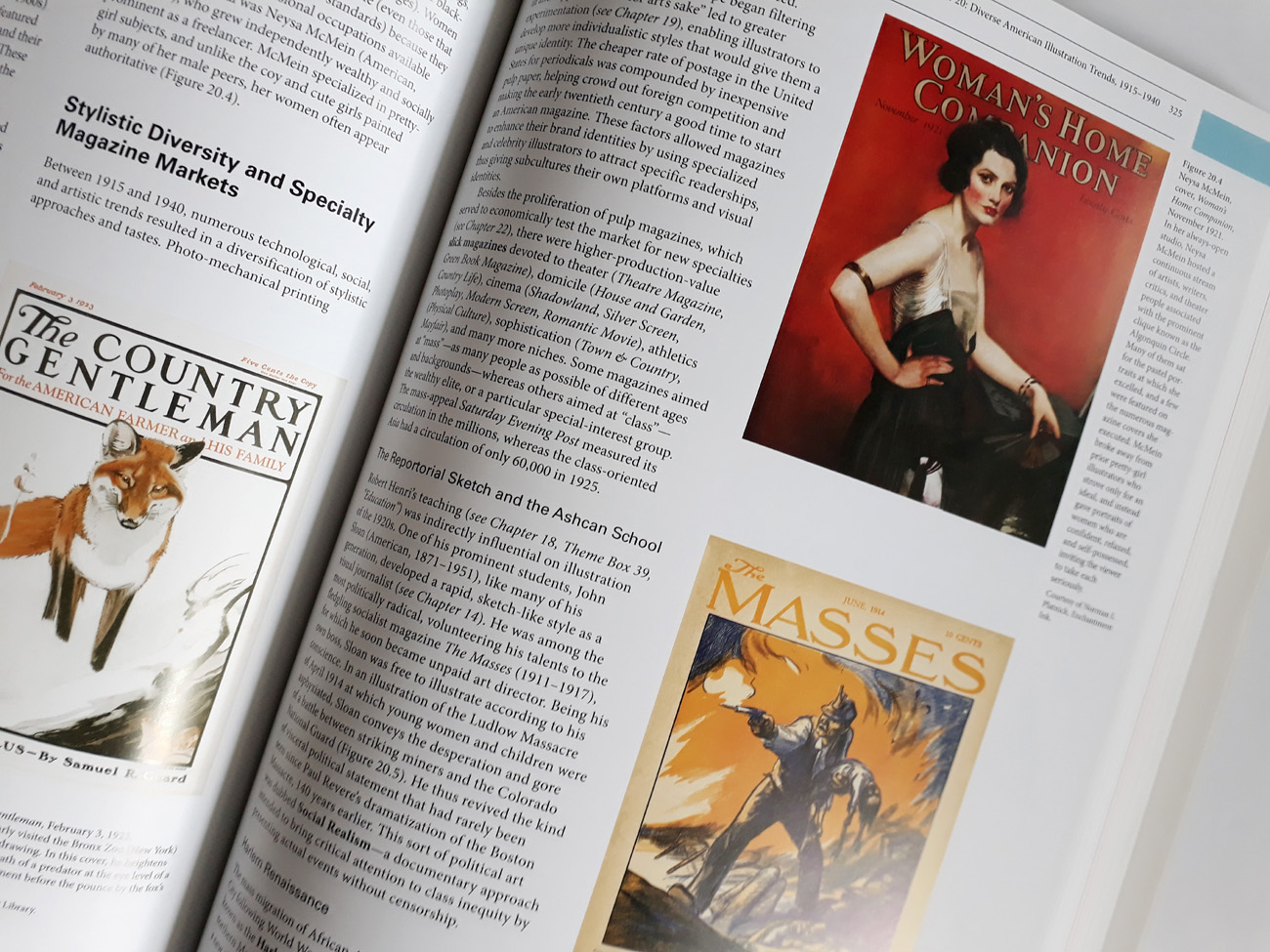 The book ends asking ‘Why does critical theory matter for illustration?’, and answers this saying ‘To be an illustrator is not just a question of learning aesthetic skills. To participate in the shaping of the discipline and the culture, as more than a passive witness, it is essential to critically reflect on what we do and to build the necessary confidence and thinking skills to take an active role in both the development of the field and of society’. That’s the way forward. 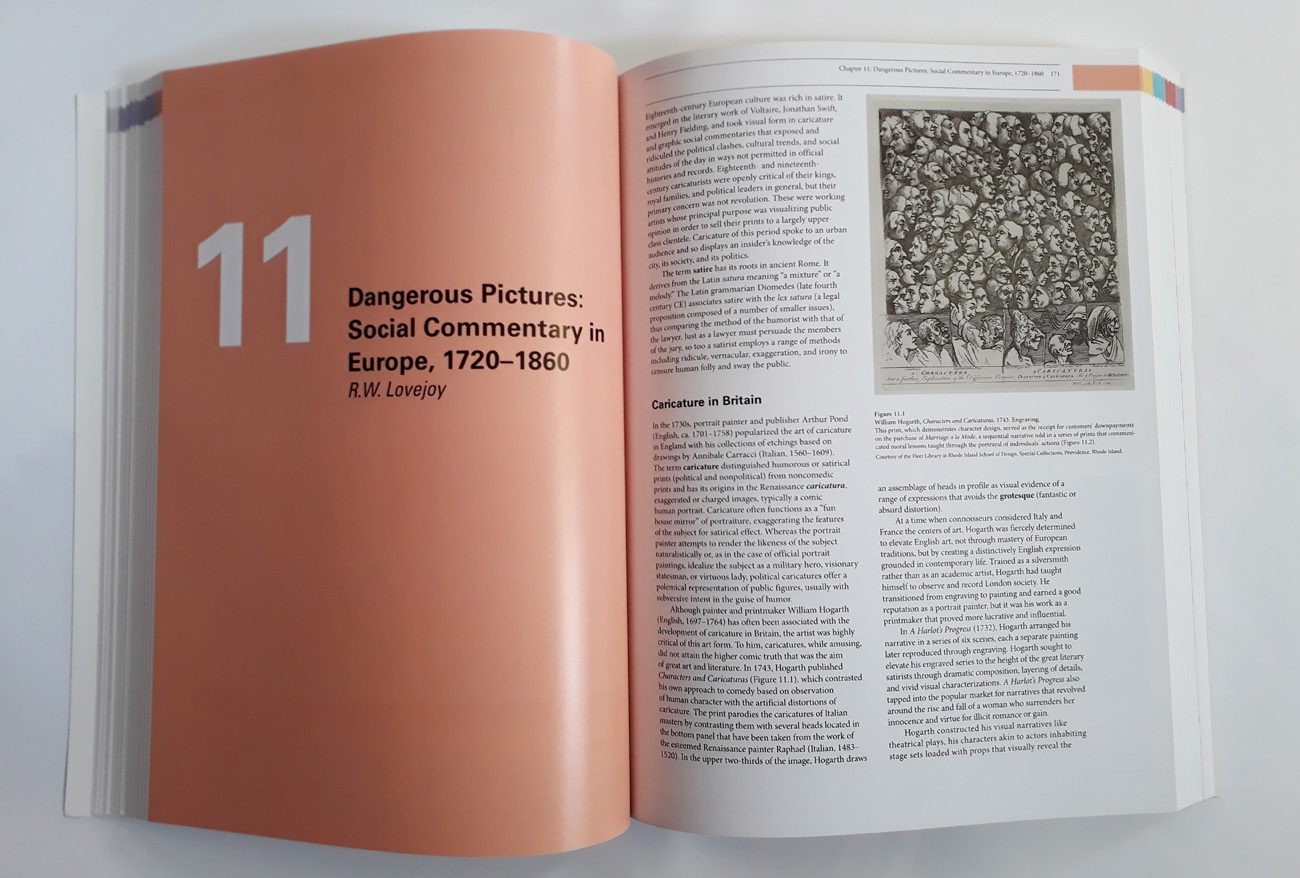