This December we are delighted to feature Yorkshire based AOI member Helena Covell as our illustrator of the Month. The AOI team enjoyed an open and animated discussion with Helena about her signature style and her new, kinder approach to her illustration career.

Since graduating from Edinburgh College of Art in 2015, Helena has worked with many notable clients including Flying Eye Books, The V&A Museum and It’s Nice That. In this interview Helena shares the highs and lows of her illustration practice, from her exciting new Christmas Campaign with Primark, to the importance of building a good support network in an often lonely profession. 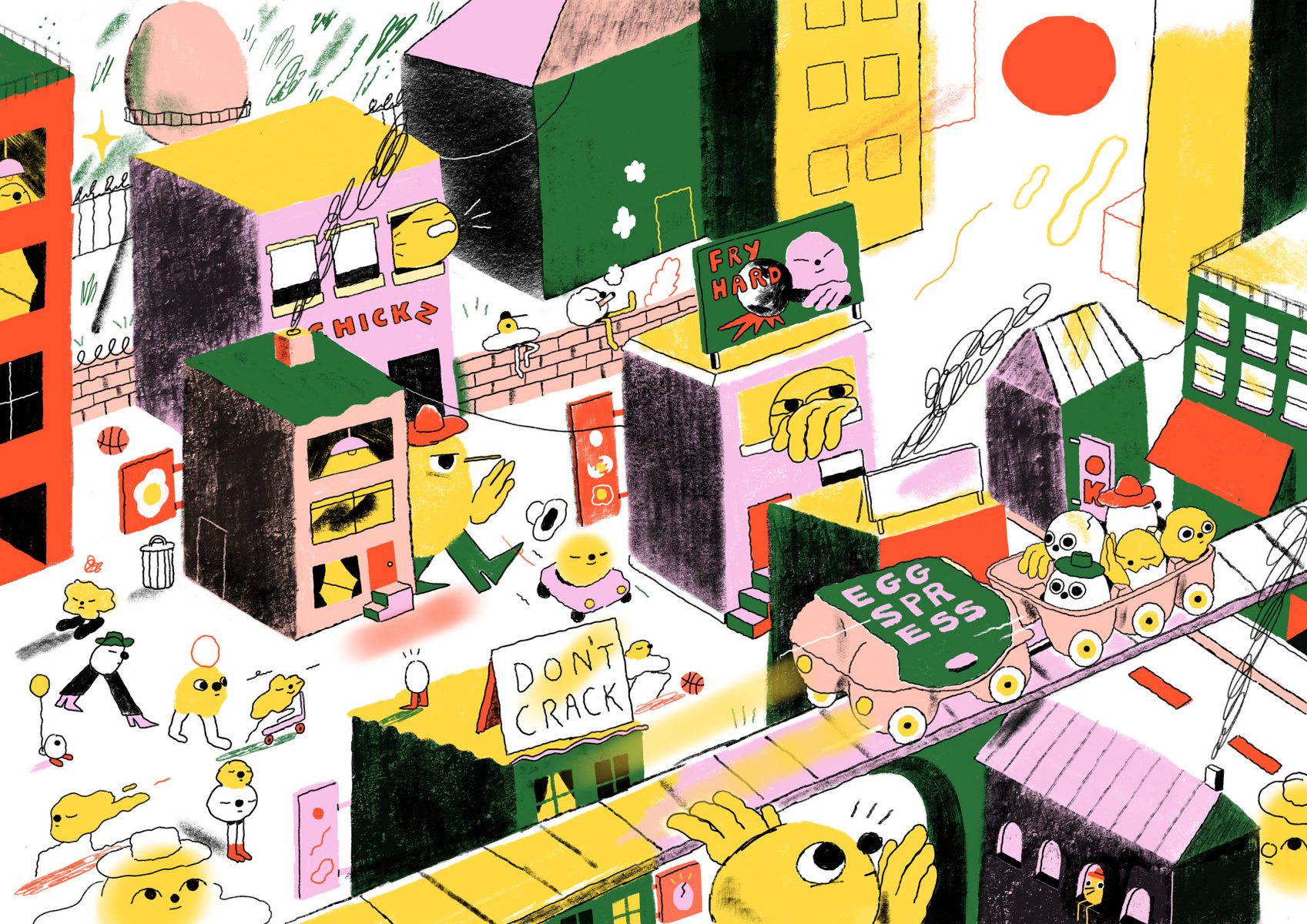 Let’s start with a bang, what has been your most exciting project to date and why?

I’ve been very lucky with the exciting studios, publishers, and brands I’ve got to work with – so this question is hard! I’ll stick with my latest – the Christmas campaign for Primark. A few months ago, I’d of found it hard to believe someone if they’d have said my work would be in shops and in windows… worldwide. I didn’t think my work would have a place there (maybe it wasn’t serious enough). For me it was totally unprecedented. The team at US (the Leeds-based agency I worked with) and Primark both got a buzz out of my work and my characters, so I got so much creative freedom. That was the most unexpected part, that I could make work for within a big commercial setting and it still feel very much me (and that being ok?!)

As a Pictoplasma Academy Alumni, you are a master of creating quirky, endearing characters. What is you process for developing a new character? And what are they inspired by?

A master is a stretch – but I’ll take that! I try to keep them minimal, focusing on their shape and silhouette (and varying and complimenting shapes if there’s a few characters), so either their personalities, or the emotions they’re there to portray, are easily read! Despite the context for these characters, or whether or not they have any other features, the eyes will always be a focus. I’ve always preferred to draw people or animals. If ever I had to draw something inanimate, to keep it interesting, I’d try give it features and thus a personality and a life (see my Primark Christmas designs)! My childhood rites of playing video games, watching anime and animated movies on VHS, reading fantasy books and sketching people around me has fed a fascination with character design that’s extended to my practice now.

Your picture book Jumble Wood follows a main character, Pod, who struggles with feelings of sadness. What do you want children to take away from the story?

I’d been struggling with mental health towards the end of uni, when the book came about, so creating a narrative concerned with that came natural. Despite pairing a lot of it back for the context of a children’s book, I still wanted it to open up a discussion of emotions, feelings, and perhaps mental health with children. That the thing beyond just the absence of sadness, that we all seem to be pursuing, can be found (and often in unexpected places). 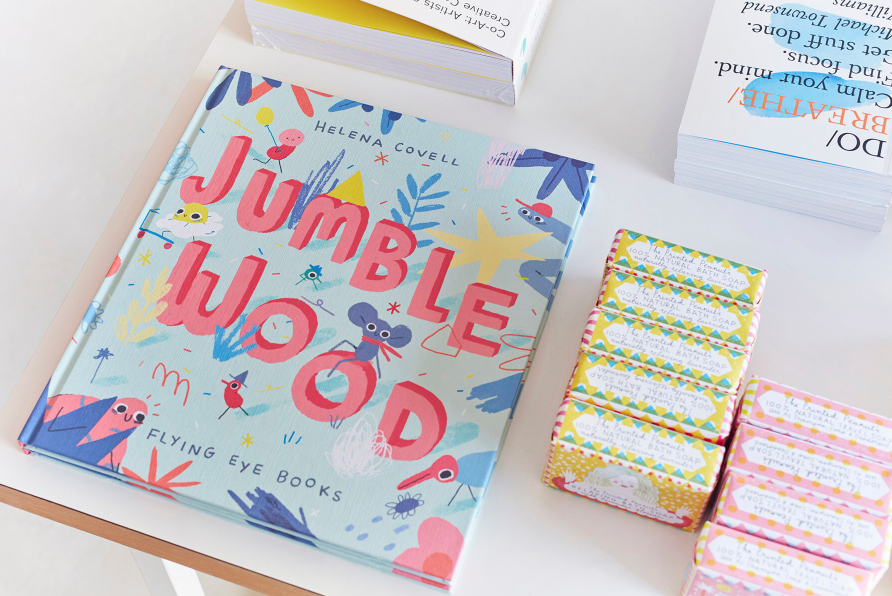 Working as a freelance illustrator can be quite solitary, how do you stay connected with the illustration community? Any advice for illustrators feeling isolated?

This is so common, and though it shouldn’t be, loneliness seems to be a part of the job role. When I was feeling particularly low earlier this year, within myself and in terms of work (which is quite intrinsic, as I’ve found out) I thought about giving up the role entirely! When I decided to give it a last push, the loneliness and disconnect was one of the first things I tried to fix. I made an effort to connect to creatives nearby and just asked to meet for coffee. I started going to art fairs, where I was meeting creatives face-to-face that I’d only connected with online. These are ways you can start building a genuine network of people. The freedom where you can work from anywhere can actually be a bit debilitating, as there’s no push to work with other people. If shared studios are a possibility, then I recommend them, as you’re surrounded by the opportunity to share, collaborate, or just chat. I’m moving to London, and finding a shared studio will be a priority.

As well as working with exciting clients like Vans and the V&A museum, you also sell your own prints, hats, sweatshirts and even ceramics! What tips would you give other illustrators looking to produce and sell their own products online?

You’ll probably have an idea of what kinds of products you want to make, because it’s usually what you’d wear, read or hang yourself. A good place to start is with a design that can translate to most mediums. Getting it printed on something like a t-shirt has fairly low upfront costs, especially if you use a studio like Everpress. Even cheaper is to start with zines, as you can produce these manually if you have access to a printer/photocopier. They’re a quick way to get your ideas out and into a ‘product’, which always go down well at fairs. 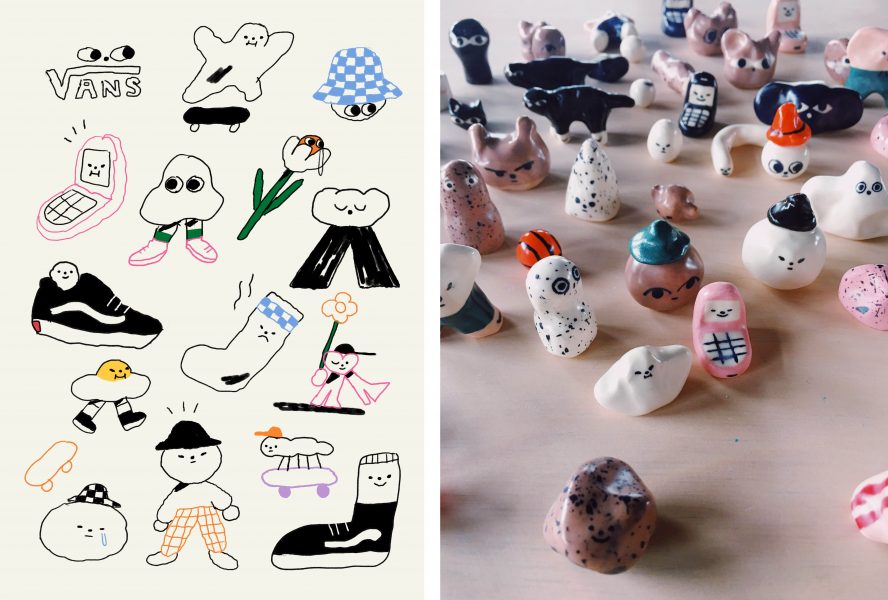 With a variety of collaborations on the go, from editorial illustrations to exhibitions, how do you manage your time and schedule upcoming projects?

This is an ongoing struggle! I prioritise, and try be realistic about my time when thinking of taking new things on. I’ve had to postpone things, pass up on things, or move things around if I’ve already got a lot on and want to focus. The same goes for if I’m not well. Try not to overwork, and plan some breathing space in where possible. Otherwise it’ll catch up with you, and you’ll be a shrivelled husk (and no use to anyone!) 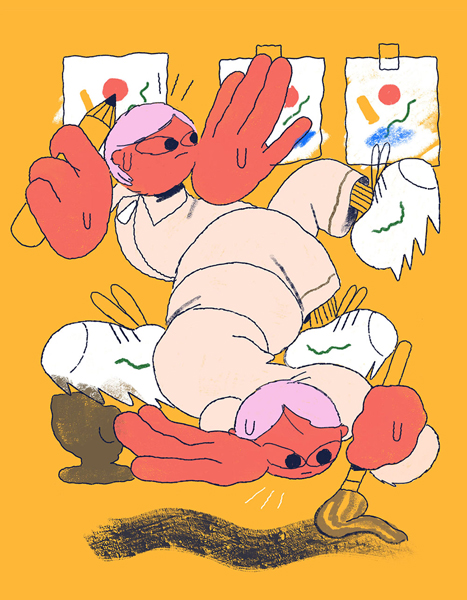 You graduated from Edinburgh College of Art in 2015, if you could go back and give that fresh-faced graduate one piece of advice, what would it be?

If you asked me a year or so earlier I might have said… Quit your retail job sooner, move home sooner, focus sooner, work harder, work quicker… But, like a lot of people, I have unnatural expectations for my self that I wouldn’t have for anyone else. I’ve been really trying to come to terms with just being content with myself (and KINDER to myself). There is no rush, things usually take longer than you imagine, and putting pressure on unnecessarily isn’t healthy. I think it’s still important to do the talk/art fair/commission/workshop/meet-up even if you feel a bit uncomfortable – but if you make mistakes or can’t manage it or have to put it off for a while and prioritise yourself, then try and accept that. If you can’t, you can’t, and that’s OK – there’ll be a time in the future when you can. The real advice would be to still push yourself, but BE KIND about it.

What are you working on at the moment? Any exciting projects in the pipe line? I’m working on a book (to be finished next year) and a solo exhibition (opening early 2020). Also, I’m starting work on a video game… See you on the other side! 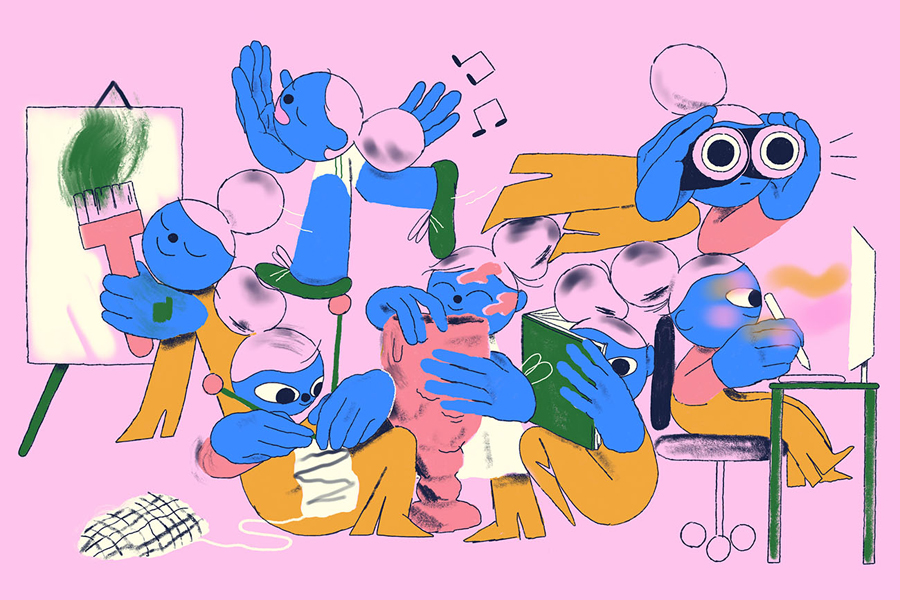 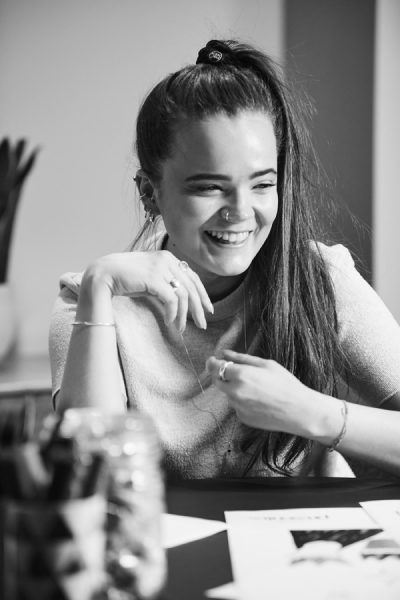 Many thanks to Helena for taking part in our interview!

Make sure to also catch our last Illustrator of the Month, member Thomas Paterson