Back in June we celebrated the best of global Illustration at the World Illustration Awards 2019 exhibition, showcasing all shortlisted, highly commended, and winning practitioners over a two-week period in Somerset House. Thomas Paterson, shortlisted for two editorial pieces, captivated the judges with his dynamic use of colour and clever conceptual compositions, awarding him the inaugural AOI Members Award for “The Global Arms Trade is Booming”.

Two months later, we celebrate Thomas again as our Illustrator of the Month. A graduate of Falmouth University, Thomas has had a stellar start in his freelance career working for distinguished clients like The New York Times, The Guardian and The Economist. As his career grows, we wanted to get back in touch and find out more about his practice. 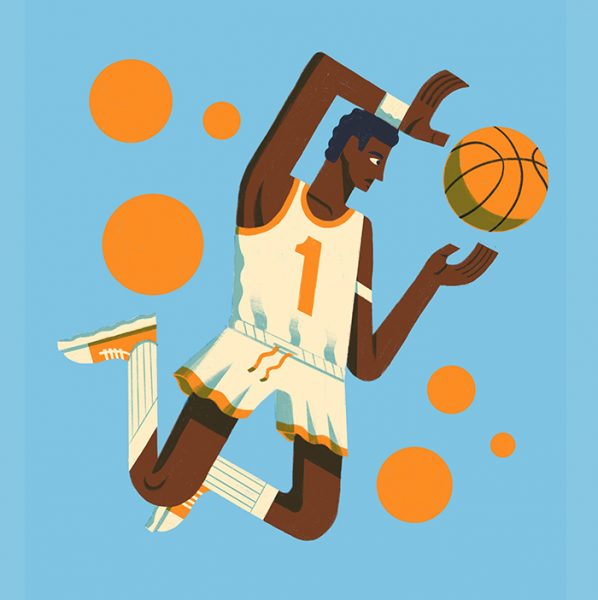 Most of your illustration work to date is in Editorial. What attracts you the most about this sector? How does it play to your strengths?

I think what I find so interesting about this field is how different each project can be. Editorial can be so broad… On one day you could be doing a piece on Brexit, the next you could be doing something about relationships. This makes it fun, but also a lot more challenging as you have to have a vague understanding of a range of different topics rather than something more specific. When doing editorial illustrations I love learning new things; Some particular projects that come to mind include some work I did for Nature Magazine, which features articles about Dog Genetics, FMRI scans and Nuclear Energy, and also my AOI award winning illustration on the Global Arms Race. I’m definitely no expert on any of these subjects, but I know way more than I did before I researched them for those projects.

I also love how validating it can feel, creating an illustration and seeing it in a paper or magazine the next day, week or month. I think it’s an aspect of this sector that isn’t talked about enough. Having your work shared on such a big platform after creating it recently is such a great feeling, and knowing that it is being distributed for others to see is great for the business side of things as you get a lot more exposure. 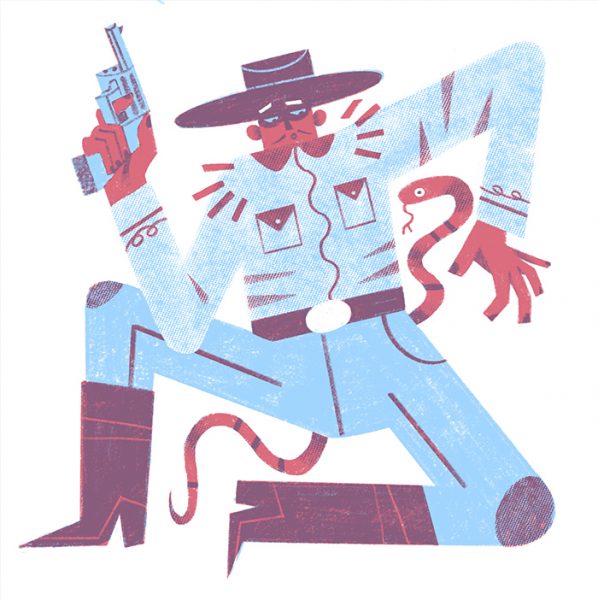 What do you draw inspiration from? What drives you?

Like a lot of people in the industry I draw some of my inspiration from other illustrators. A few illustrators that come to mind are people like Paul Blow and Emiliano Ponzi. While at University, I drew a lot inspiration from the people around me. Being in a studio surrounded by so many talented people is a great environment to be in, ideas thrive in places like that. It was awesome to be able to turn around and ask for advice or critique on a project I was working on from people whose work I really admire, like Tom Peake and Arad Golan Coll.

In terms of editorial inspiration, I like to do a lot of speculative work on topics I find interesting or think are important to know more about. A lot of these topics revolve around political and social issues, and they have inspired me to explore more difficult subject matters within my artwork. 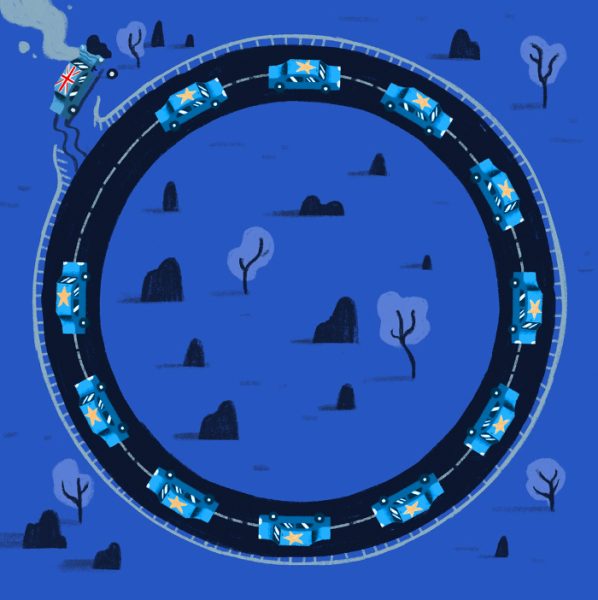 Your editorial piece “The global arms trade is booming” (for The Economist) won you the AOI Members Awards at the World Illustration Awards 2019. Can you walk us through the process of this illustration?

The text for the project had a lot about global relationships and numbers on the trading of the countries involved. I wanted to focus on the overall statement that there are plenty of sellers which makes the buyer spoilt for choice. The Art Director for this piece, Ben Schmulevitch, summed it up perfectly: “The current state of the arms trade means it’s a ‘buyer’s market’, ie. there’s more suppliers than ever and buyers can afford to be choosy.”

I scoured the text for any signs of buzzwords and crucial info to draw imagery from, and I then started to collate my sketches to brainstorm ideas. A lot of the imagery that came was iconography of firearms and the countries that are trading them. Most of my roughs were variations on combining flags from countries with markets and firearms. The image that I liked the most was of multiple arms with sleeves with palms out ready to shake hands, with a crosshair as to resemble a pistol barrel and a single buyer with a shopping cart. 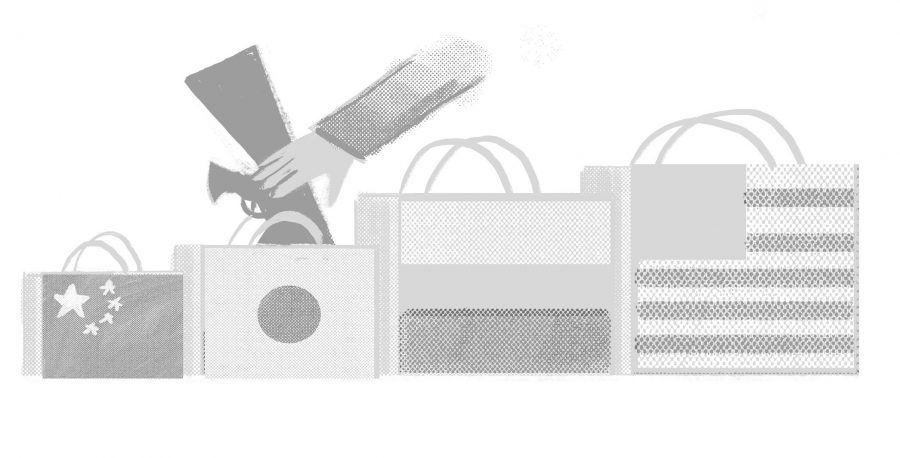 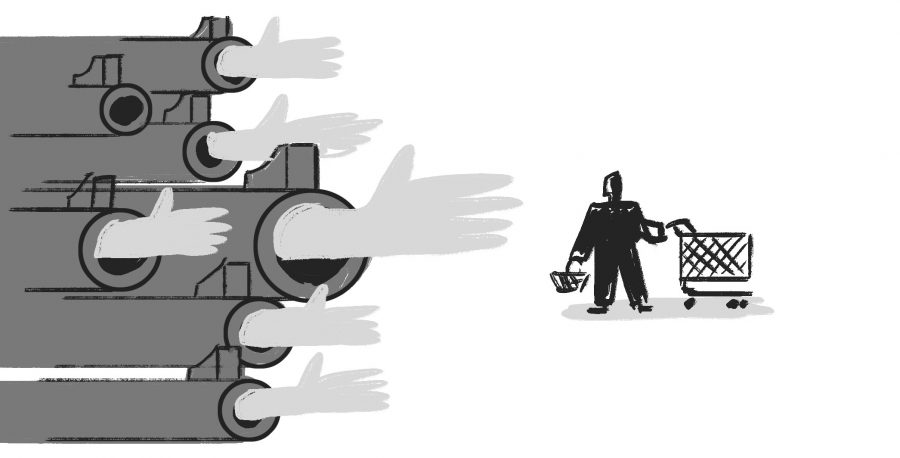 The final artwork was a variation on this rough but had a single arm with military rings on the sleeve outstretched, as to mirror the pistol barrels. An obstacle we came across with the artwork was how to visualise the military aspect of the image, as we didn’t want to get the ranking of the military officer wrong. In the end we scrapped the ring idea and instead opted for camo. 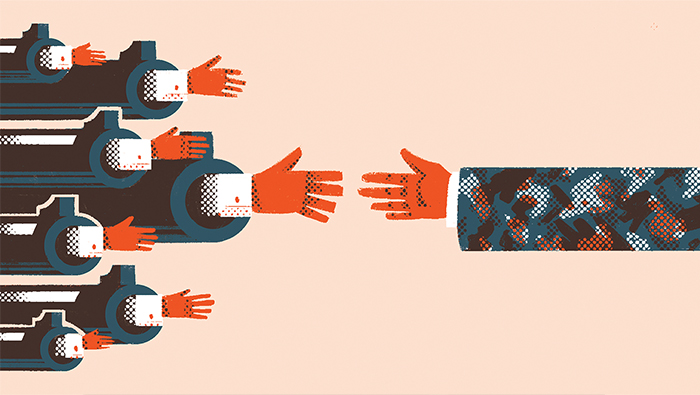 You graduated last year from Falmouth University. How would you summarise your first year of freelancing? What would you advise other illustration students and/or recent graduates?

The first year out of Falmouth University was tough but also very exciting! Leaving the structure and guidance of such a great course is hard, but it’s exciting to explore new things and trying to find that structure for yourself. Another aspect of leaving university was the motivation to work. I had always heard from Alumni that the first year out was the hardest; I found this out first hand when I had a bunch of jobs come in one month and then for a few months I had a ‘dry spell’. In situations like that I felt very unmotivated, but as the year went on I started to understand the direction I wanted my work to go in and I ended up illustrating more and more.

A few pieces of advice I can give is to stay calm during this year, and try to have fun with your work. It’s also okay to get a second job to survive – Everyone’s in the same boat after university and it’s not fair to put that expectation on yourself. Also do the work you want to get hired for; The more work you create the more likely it is for someone to see it, and if they like it they could hire you for a project. 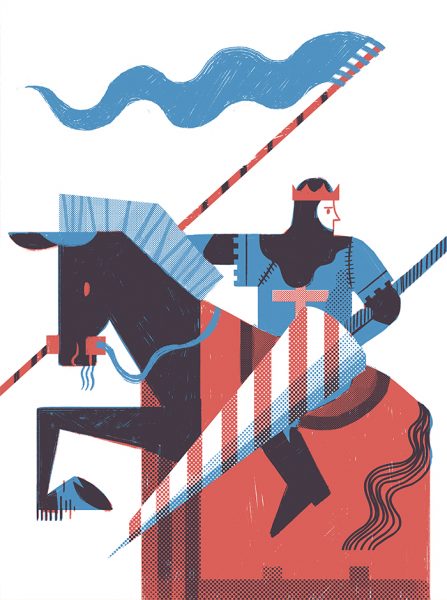 Where do you see your work in future?

I want to keep doing more editorial work and expand on the direction that my work is going at the moment. I also want to explore different routes of illustration, such as adult and young publishing, I’m working on a few projects at the moment that I’ll hopefully be finalising and pitching to a few publishers soon. I want to share a bit more of the projects I’m working on through social media as well to gauge interest in them! 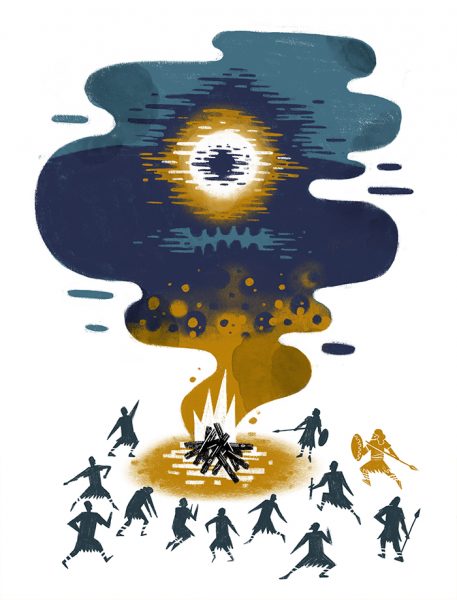 Many thanks to Thomas for taking part in our interview!

See more of his work on his Website and Instagram, not to mention a more detailed interview about his winning WIA2019 illustration.

Make sure to also catch our last Illustrator of the Month, member Francesco Lo Iacono.