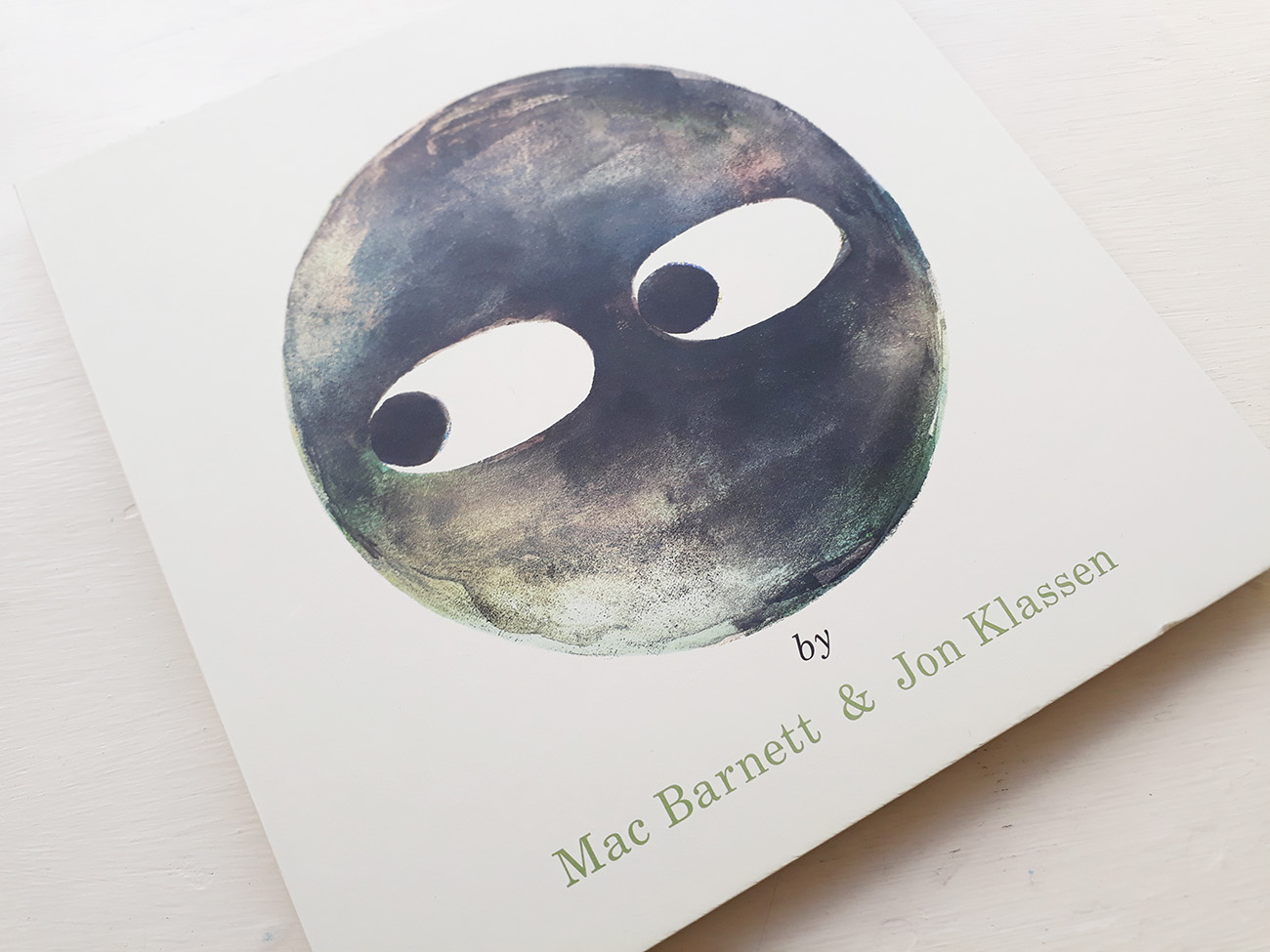 Three friends are playing a game of hide and seek. Each character has a distinct personality; there is the plucky and confident one, the shy and timid one and the sensible leader of the group. They are drawn in the most simplified manner, flat geometric shapes, and apart from their big round eyes there are no facial features to aid the communication of sentiment or emotion.

However, by drawing them in this way, Klassen is able to communicate the nuances of character through the way they look at each other, their position in the composition or how they point or stand. His work is a great example of visual communication. 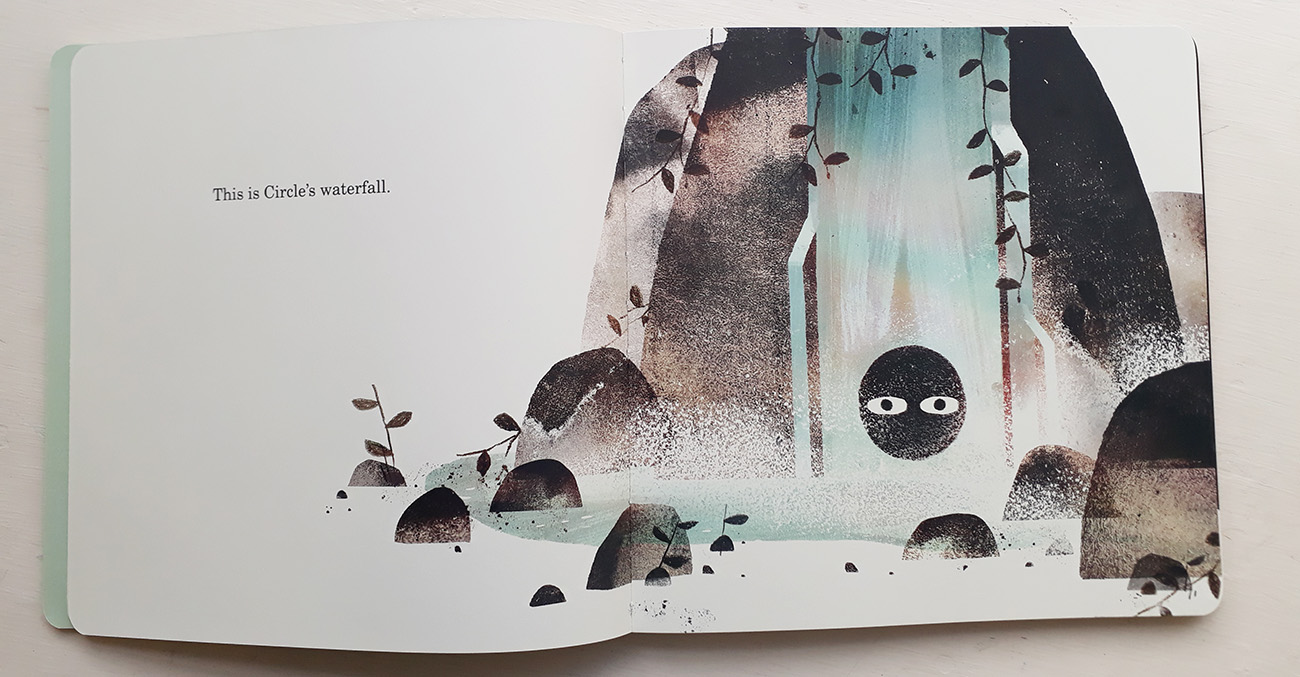 Circle instructs Square and Triangle not to hide behind the waterfall. Through observing the early illustrations and subtle suggestions of the text, the reader will know that the timid Square will listen to the advice, whereas the more spirited Triangle will do the opposite.

Why should they not go behind the waterfall? Because it is dark. Darkness is scary. Barnett is using a tried and trusted subject to draw in the reader. Square is wary of the dark and some young readers may empathise with him, so we buy into the story and read on. The text and image create a scenario that is often followed by a pause in which the reader is invited to guess what happens next, and we eagerly turn the page to find out if we were right. 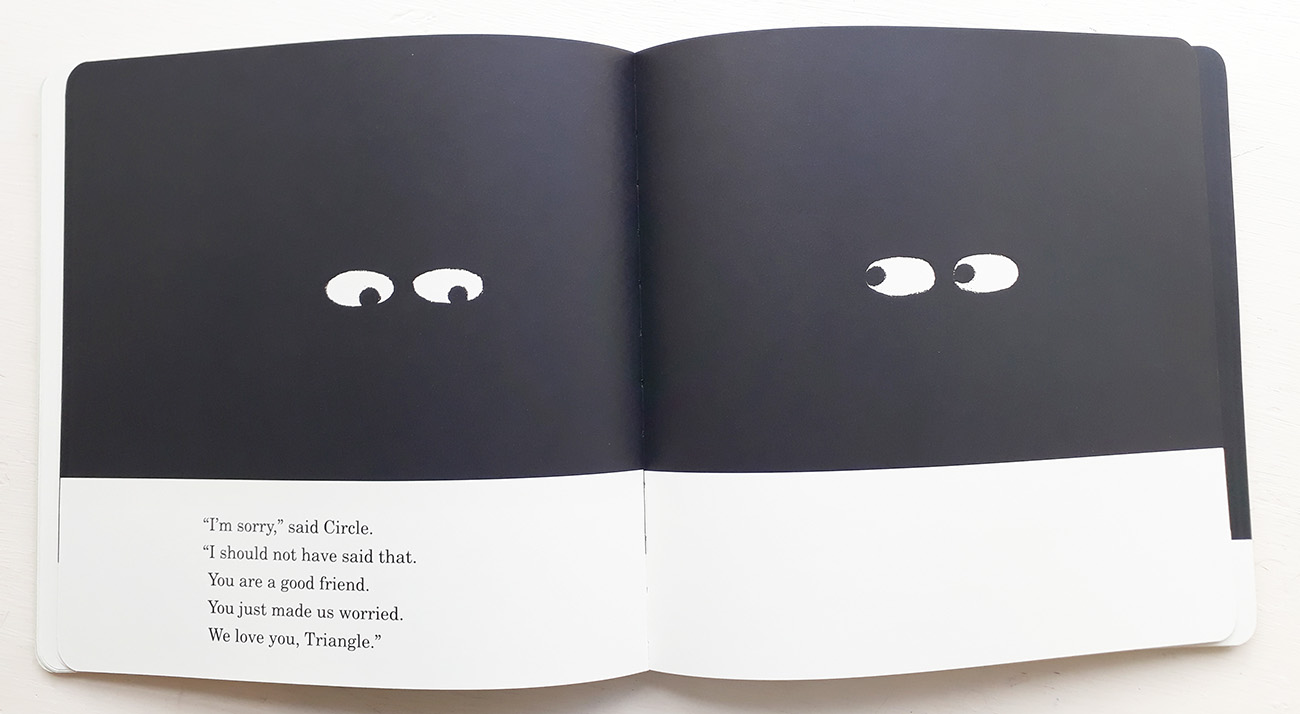 The muted, earthy colour palette of the highly textured illustrations is what we have come to expect from a Klassen book. He uses light and dark brilliantly as a way to aid the narration and add contrast to the page spreads. The waterfall scenes use the stillness of the white page to make the rushing water, mist and rocks the focal point. In later pages, the darkness of the cave slowly takes over. Klassen uses the comic device of drawing several pairs of eyes in a pitch-black environment, as a way to show the characters’ confusion and fear… especially when the number of eyes are counted. 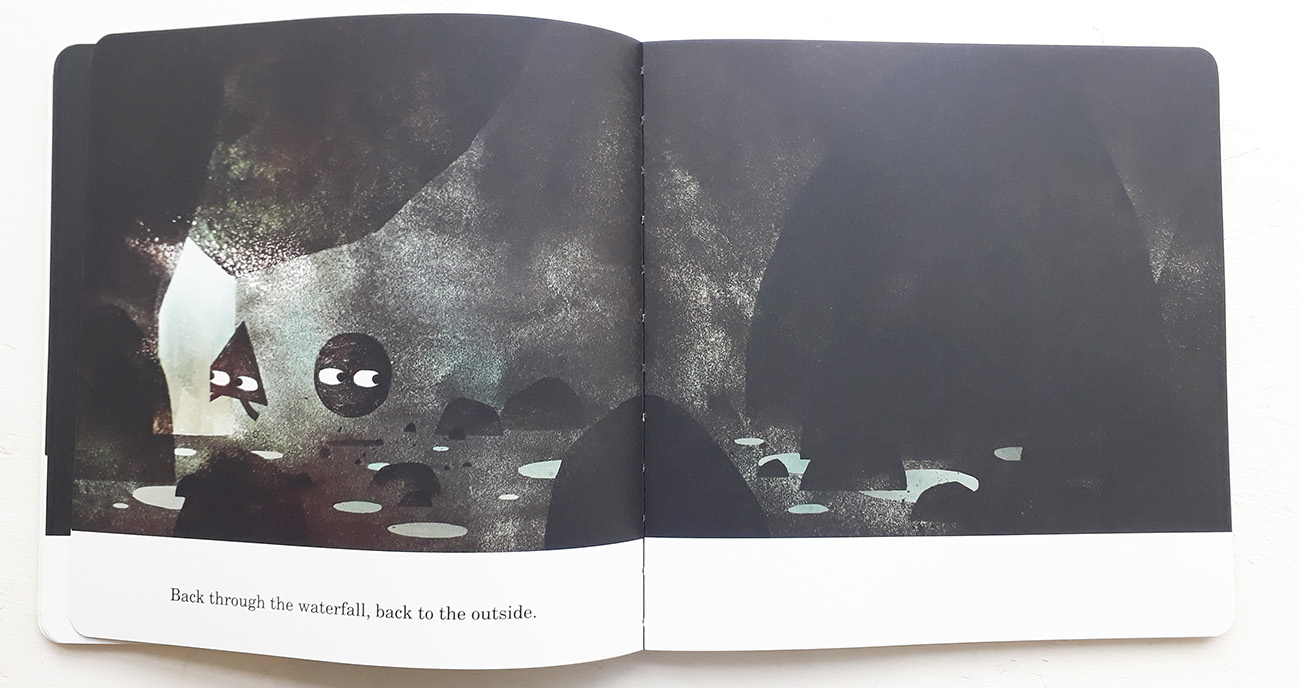 Just like with the previous stories in which these characters appear, ‘Triangle’ and ‘Square’, this book engages with the reader throughout and especially at the end. (Spoiler Alert!) We don’t see the identity of the character they find in the cave, and naturally wonder what they look like. The eyes are the same as the others but they stay silent. It could be a bear, a hungry wolf, a wicked ogre or another shape who is from a different place, lonely or maybe as scared as the two shapes who have ventured past the waterfall. 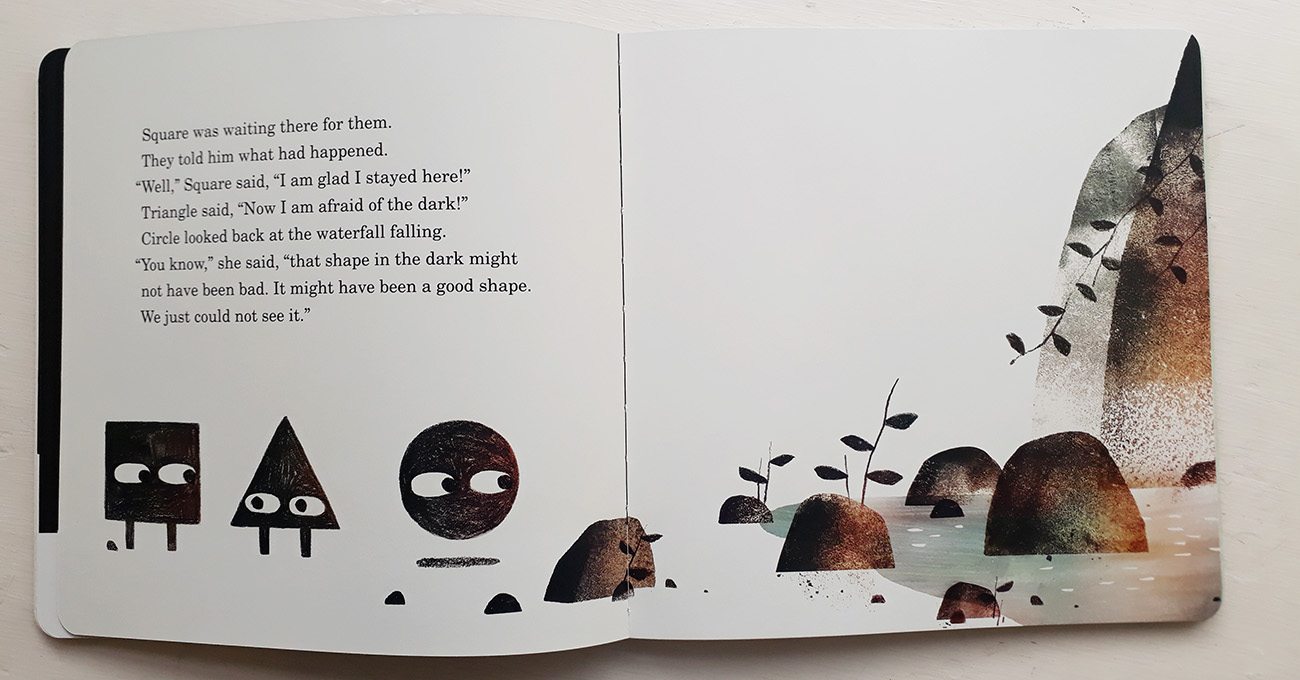 Circle is a character who reflects on her actions, apologising for being mean and rebuking herself for running away from the new character in the cave. She is flawed, but wants to be a better person. Because of this, the book delivers moral messages, such as listening to advice from a friend, not to fear the unknown and always trying to see the best within others.