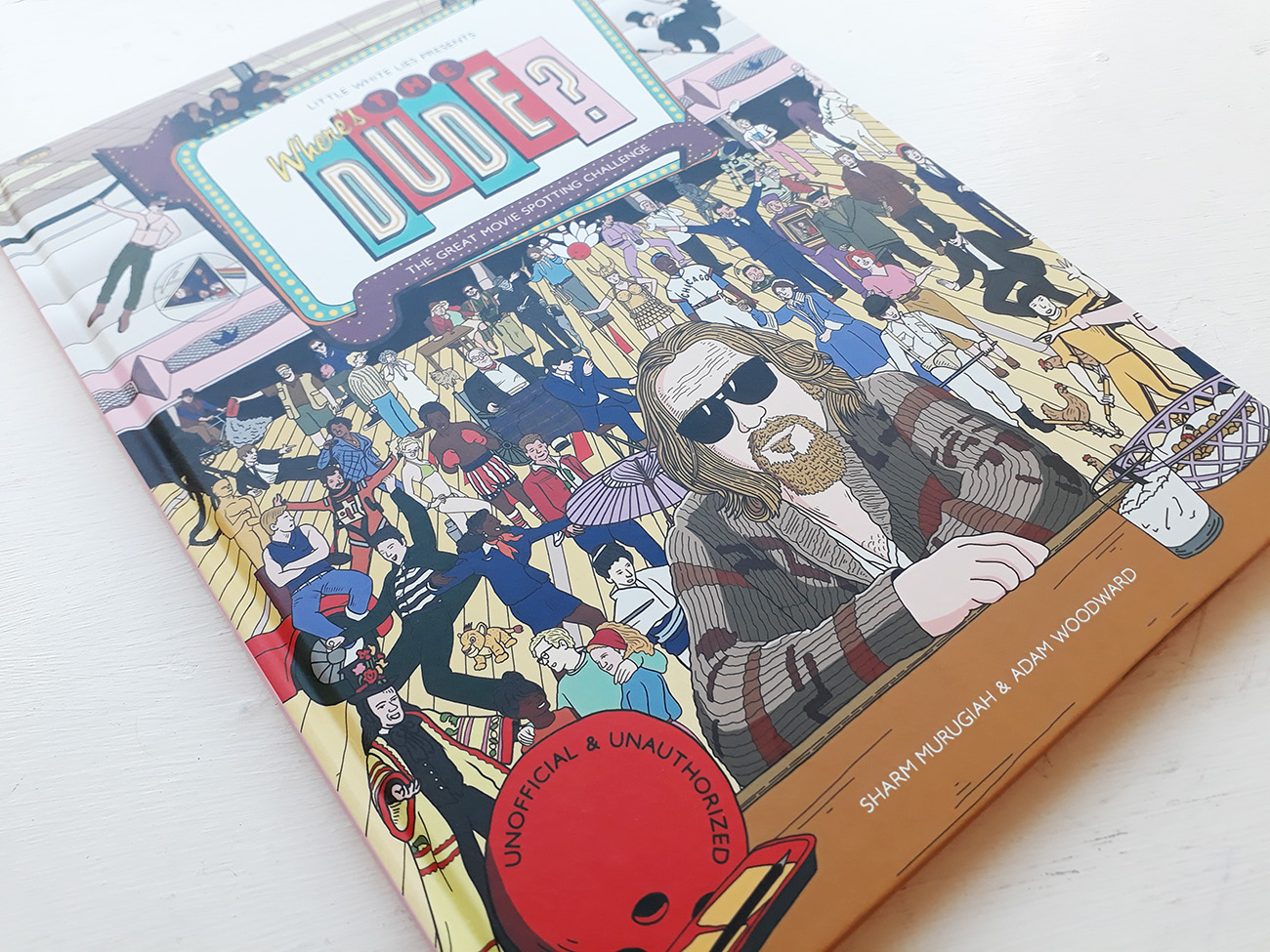 In this book, image-maker Sharm Murugiah has produced a work of meticulous detail and obsessive coverage. The complexity of movie making is augmented by the research of author Adam Woodward. They are ably assisted in this work by the Dude!

“Sometimes there’s a man, who, well, he’s the man for his time ‘n place. He fits right in there. And that’s the Dude, in Los Angeles. And even if he’s a lazy man – and the Dude was most certainly that.” The Stranger, The Big Lebowski

The Dude is a single, unemployed man whose hobbies include smoking pot, drinking White Russians and bowling. Politically he is a spent force. He is not expected to be invited to Four Weddings and a Funeral. However, he has become iconic, and this will draw readers in no doubt. 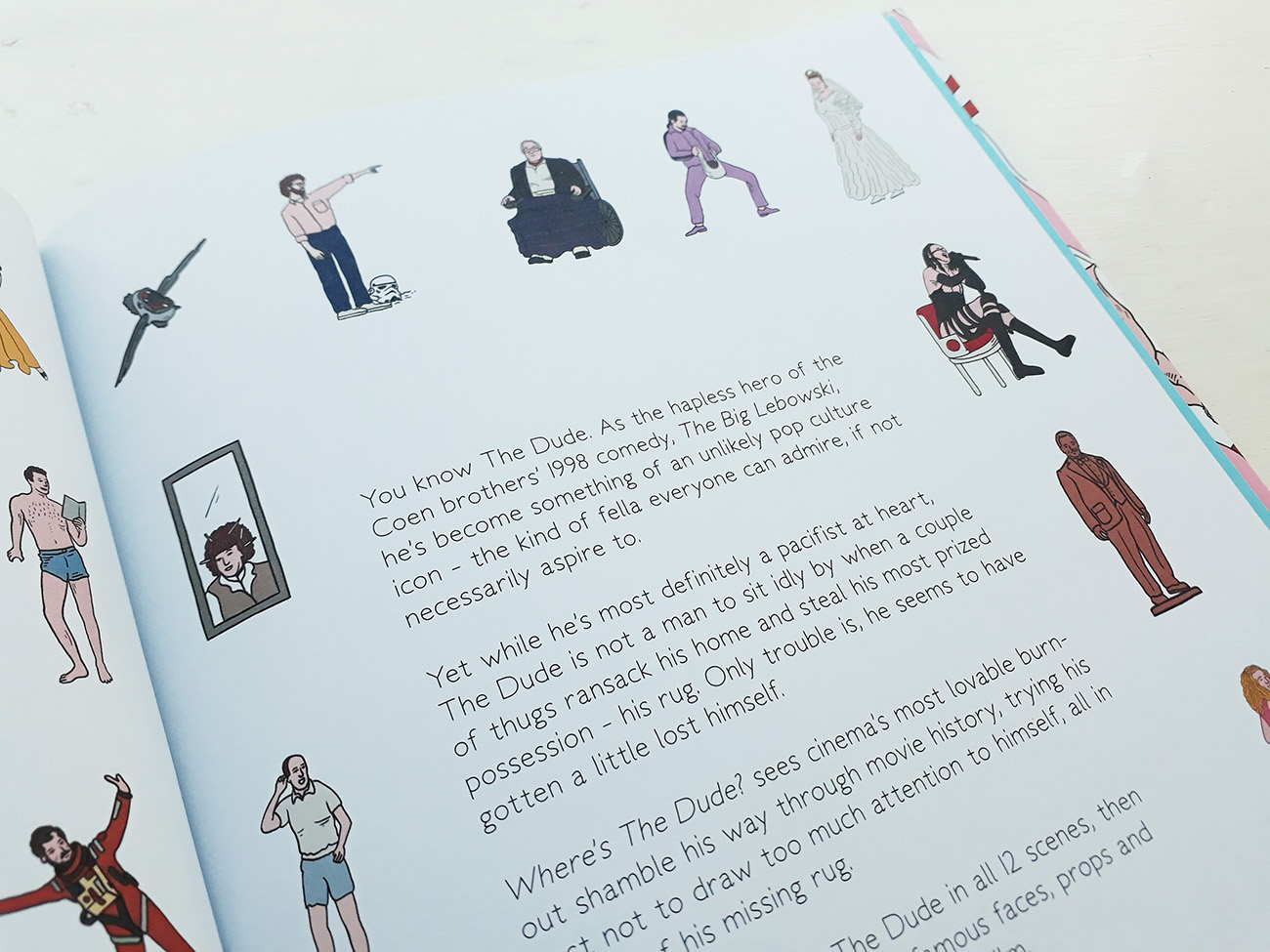 Each spread of this large format book displays an environment from a well-known Hollywood movie and much more. Looking for The Dude is a challenge and he is hidden very well in some spreads, it took me forever to find him in the Willy Wonka factory scene. The Apocalypse Now spread is reminiscent of the Sgt. Pepper’s Beatles album cover, albeit filled will horror!

Sharm Murugiah has big shoes to fill, especially those of Martin Handford who created Where’s Wally/ Waldo? He does this with spectacular aplomb! Bruegelesque in its nature, but executed quickly containing a febrile energy. 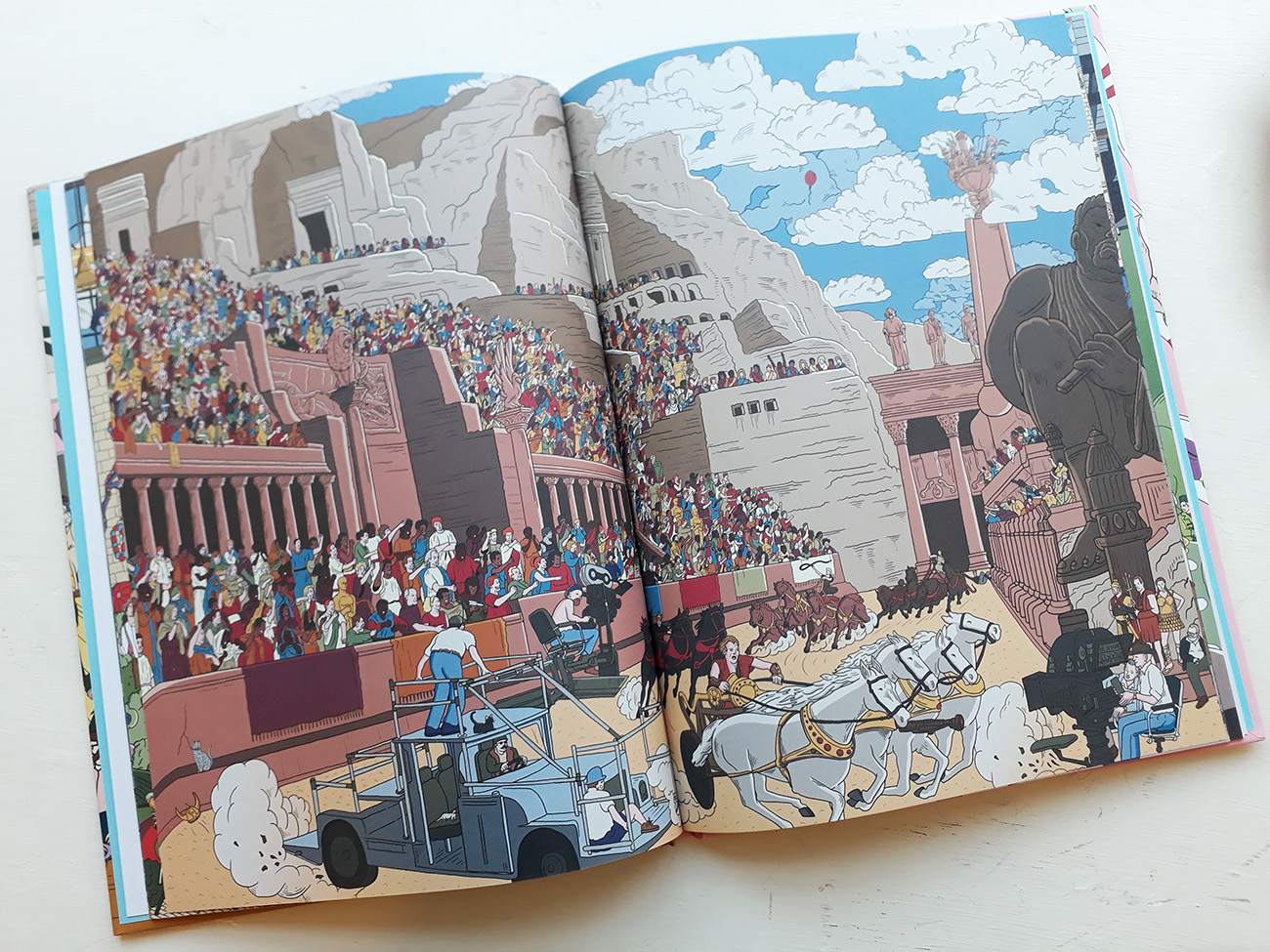 This type of work is known as Wimmelbilderbuch, or “wimmelbook” for short, a term used to describe a book with drawings of busy places, like a town square or sports event. These were mostly geared toward children, as in the case of Where’s Wally/ Waldo? However, this book will also entertain adults.

The Titanic spread displays references to James Cameron’s other famous movies as well as images from the careers of the actors (Billy Zane dressed as The Phantom) and a tussle between Celine Dion and Enya for the title song! Aliens and Avatars add to the surrealist quality of the illusion. 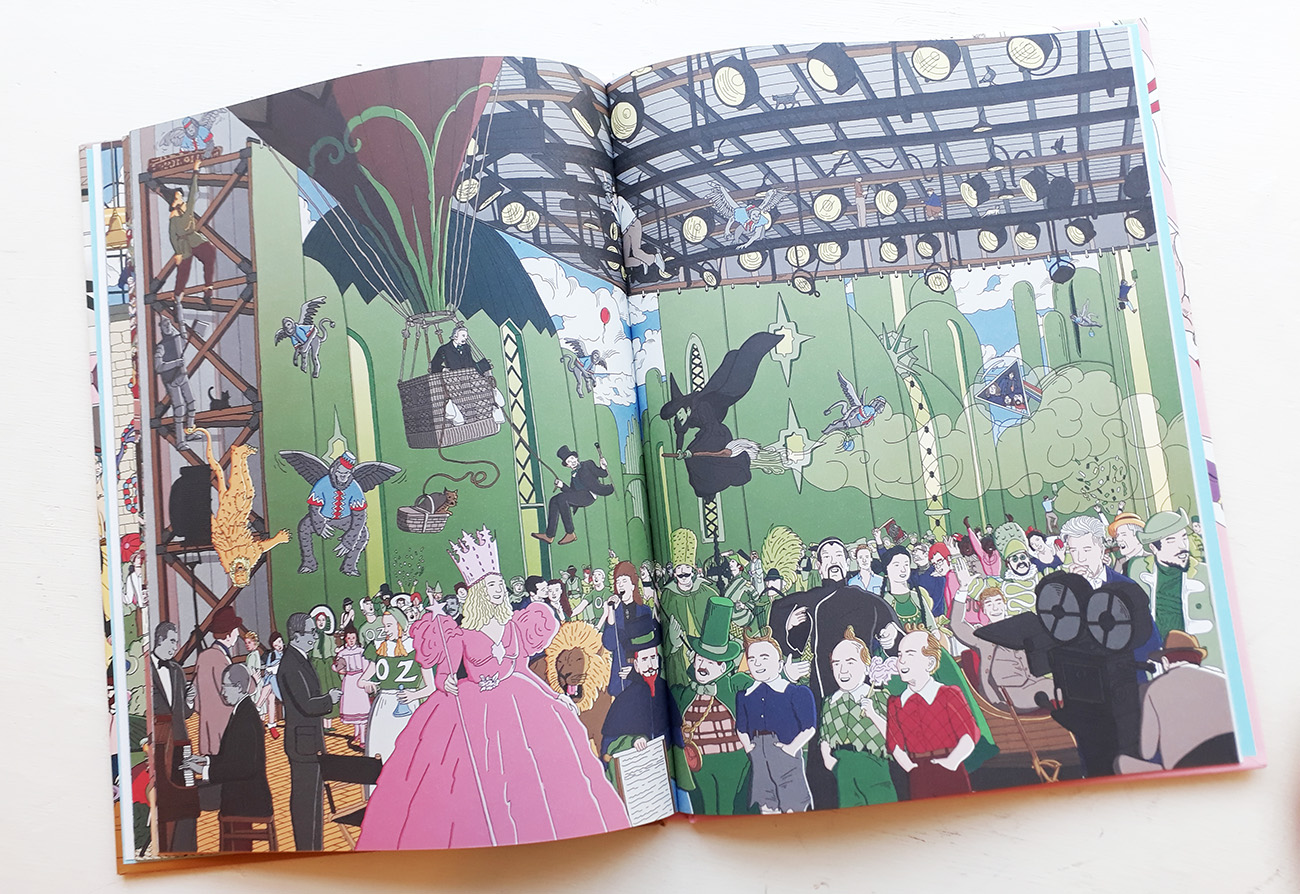 Author Adam Woodward’s research is reflected in references to cut scenes, failed casting decisions and unsinkable Pomeranians. At the back of the book is an effective reference section to help you navigate the multiple strands, stories and symbolism.

With an inexhaustible number of movies, the potential for a series of books in this mold is endless. I would like to see how Star Wars, Casablanca, Black Narcissus and Don’t Look Now would be handled. Watch out Martin Handford, the Dude abides.