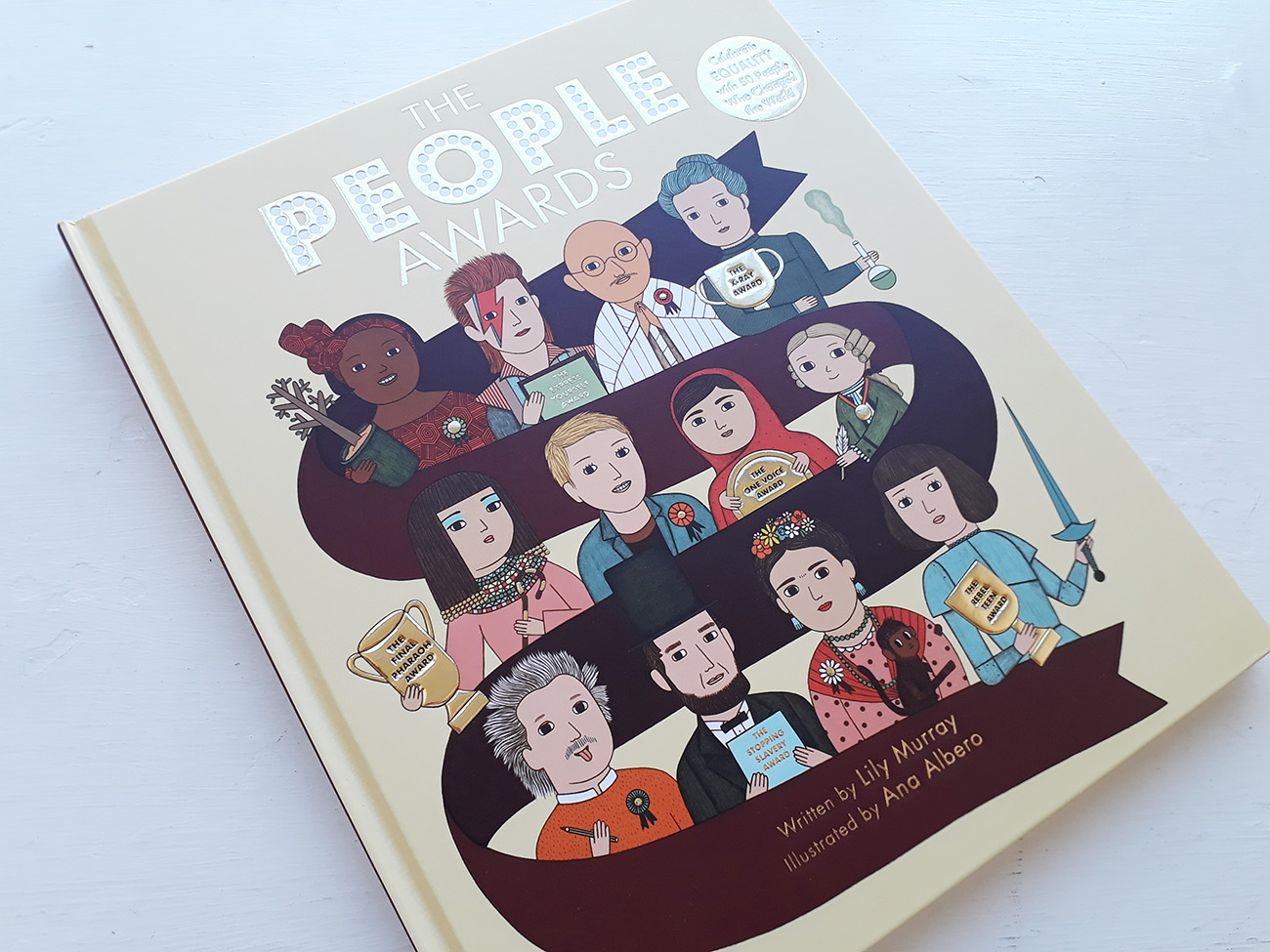 Originally from Alicante, Spain, Ana studied in Paris and then Berlin where she now lives and works. Her illustrations reflect the influence of this journey on her outlook; a strongly stylised (optimistic) use of pared-back form and saturated colour that owes something to the Mediterranean (see the work of Spanish designers Sergio Membrillas, Cristina Daura, Ana Galvañ, Mariscl), an expressive, awkward use of perspective and a shallow picture depth and uncomplicated composition prevalent in German graphic arts (see the work of contemporary illustrators Henning Wagenbreth, Atak, Sophia Martineck, Stephanie Wunderlich). A close affinity with comic books and graphic novels is a unifying feature of all the artists mentioned here, for whom it has been a formative influence on both how their illustrations look and equally, the way they read.

For many years Ana has collaborated with Berlin-based Illustrators Paul Paetzel and Till Hafenbrak, fellow members of the collective Biografiktion, self-publishing screen printed comic albums. This can only have strengthened the strong narrative foundation underlying her work. 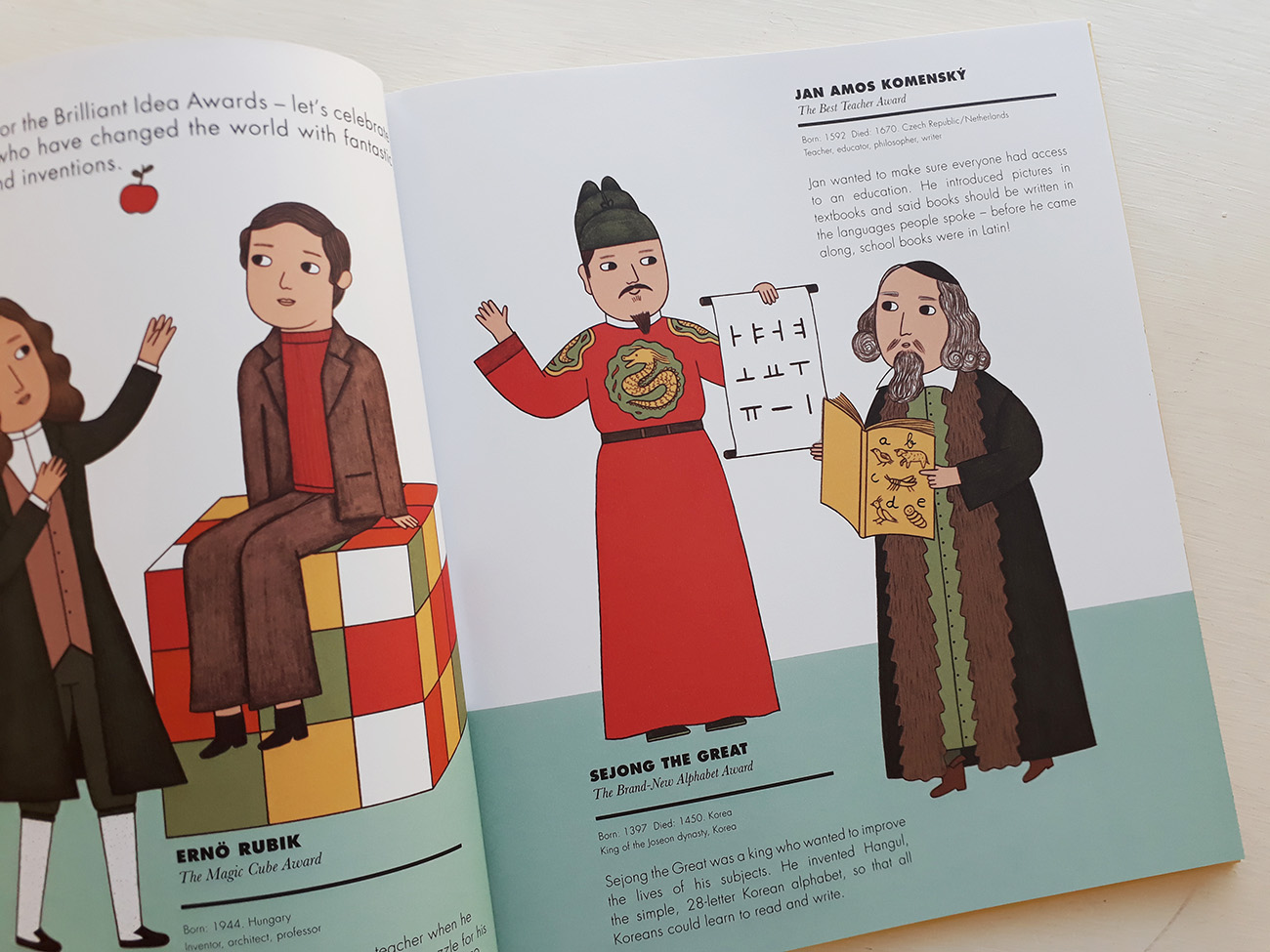 The People Awards’ lively, upbeat text describes the lives and outstanding achievements of many different nominees, all of whom have been selected for their ‘inspiration’ factor. The life story of each award winner (Rosa Parks, Act of Defiance award; Tegla Loroupe, Inspiring Runner award; Ellen Degeneres, Love is Love award etc.) is stylishly portrayed in Ana’s illustrations. At a first glance they appear cartoon-like, almost naive in their level of pared-back simplicity, however a closer look reveals a wealth of subtle detail, both descriptive and expressive. Features aren’t simply copied and pasted as they may at first seem, each detail is thoughtfully drawn with careful attention to an essential detail that means each portrait relates to an individual, a real person. The game is skilfully played with an economy of means which is impressive and becomes more so, the simpler it appears.

Ana’s drawing technique consists of making a pencilled outline drawing to which are added light textural effects and basic shading, and in turn these grey tones reduce the intensity of the areas of flat colour placed behind to create a calming atmosphere, with a slightly nostalgic effect. This gives an added degree of complexity to the images, making them more descriptive without unduly affecting their decorative qualities. 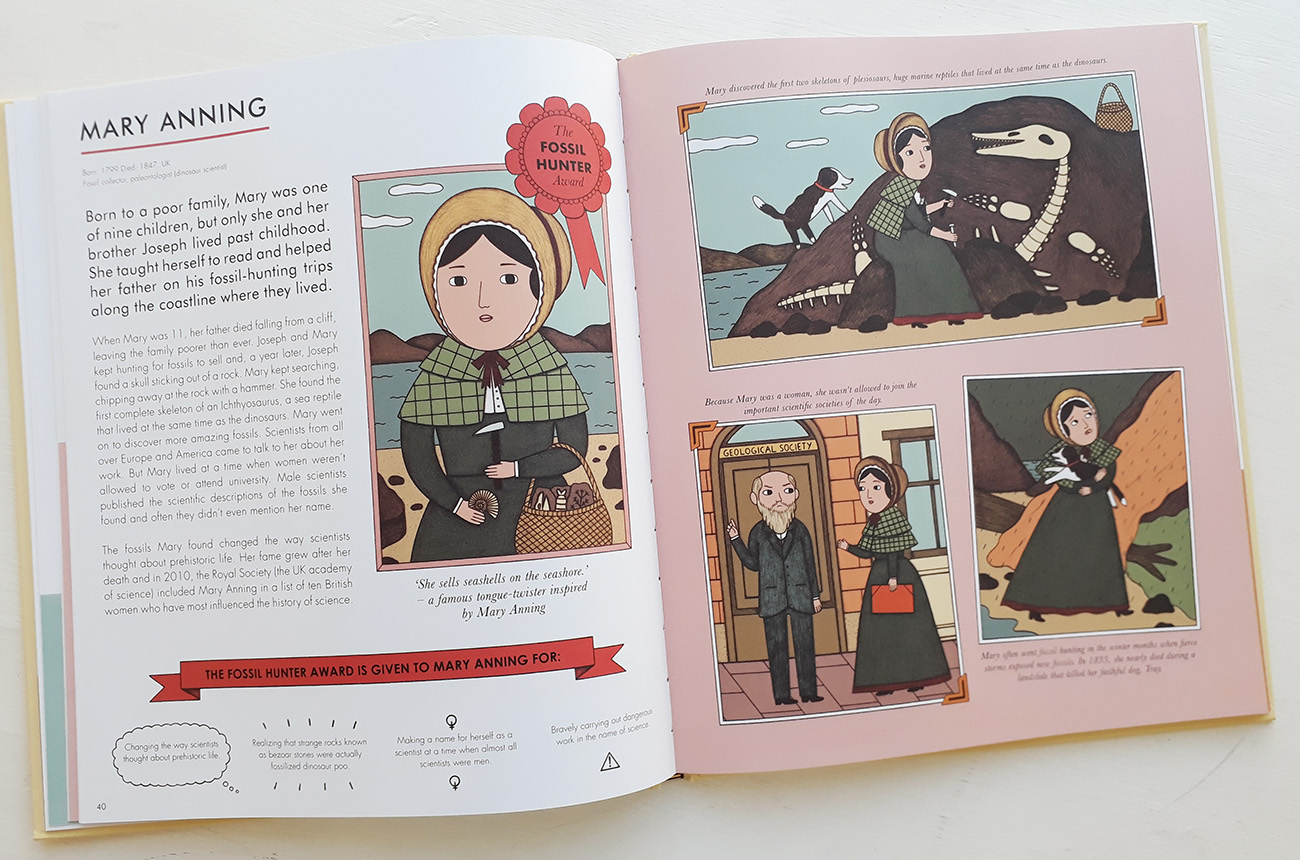 Ana’s illustrations feature prominently on each double spread, combining to work both with the text and independently. They are surprisingly descriptive, providing a great deal of closely observed detail, and contain storylines that are often without mention in the text. These evidence the lengthy research undertaken by Ana who took the objectives of this book seriously and gave the subject all the attention it called for.

The People Awards is a recent addition to the commendable publishing trend for inspiring non-fiction books for children. By providing new role models, The People Awards contributes to an ongoing movement aimed at redressing the imbalance of gender and colour representation in children’s books and in society at large. The subtlety and understated qualities of Ana Albero’s illustrations project a warmth of feeling and empathy towards their subjects, and speak too with a welcoming modesty about their achievements. They encourage us to make that extra effort to improve ours and everybody’s lives, and show that we can do it in style. 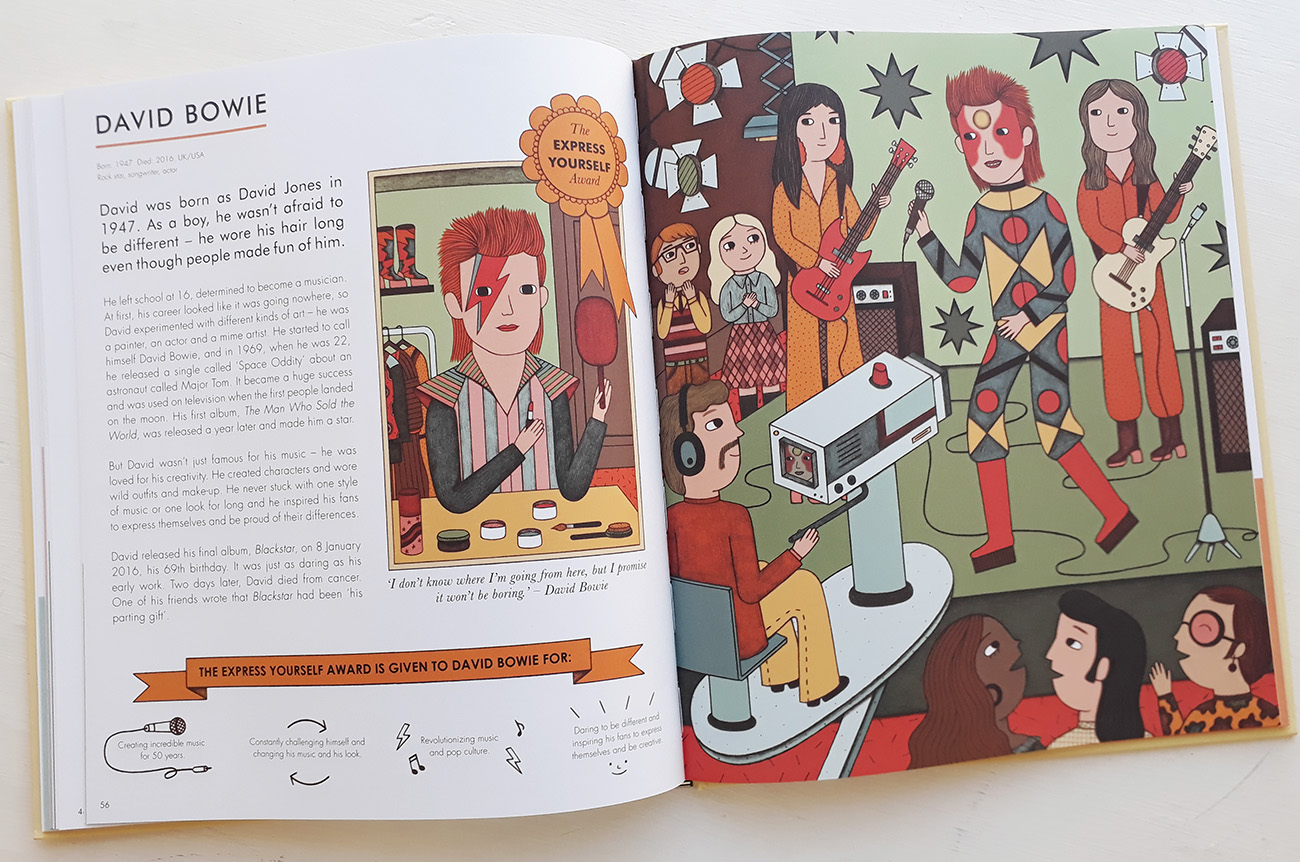 Commission: Could you describe briefly how the commission came about. Do you know why your work was selected for this project?

The commissioning editor at Lincoln Books that offered me the work on The People Awards book mentioned that they had been following my work for a while. 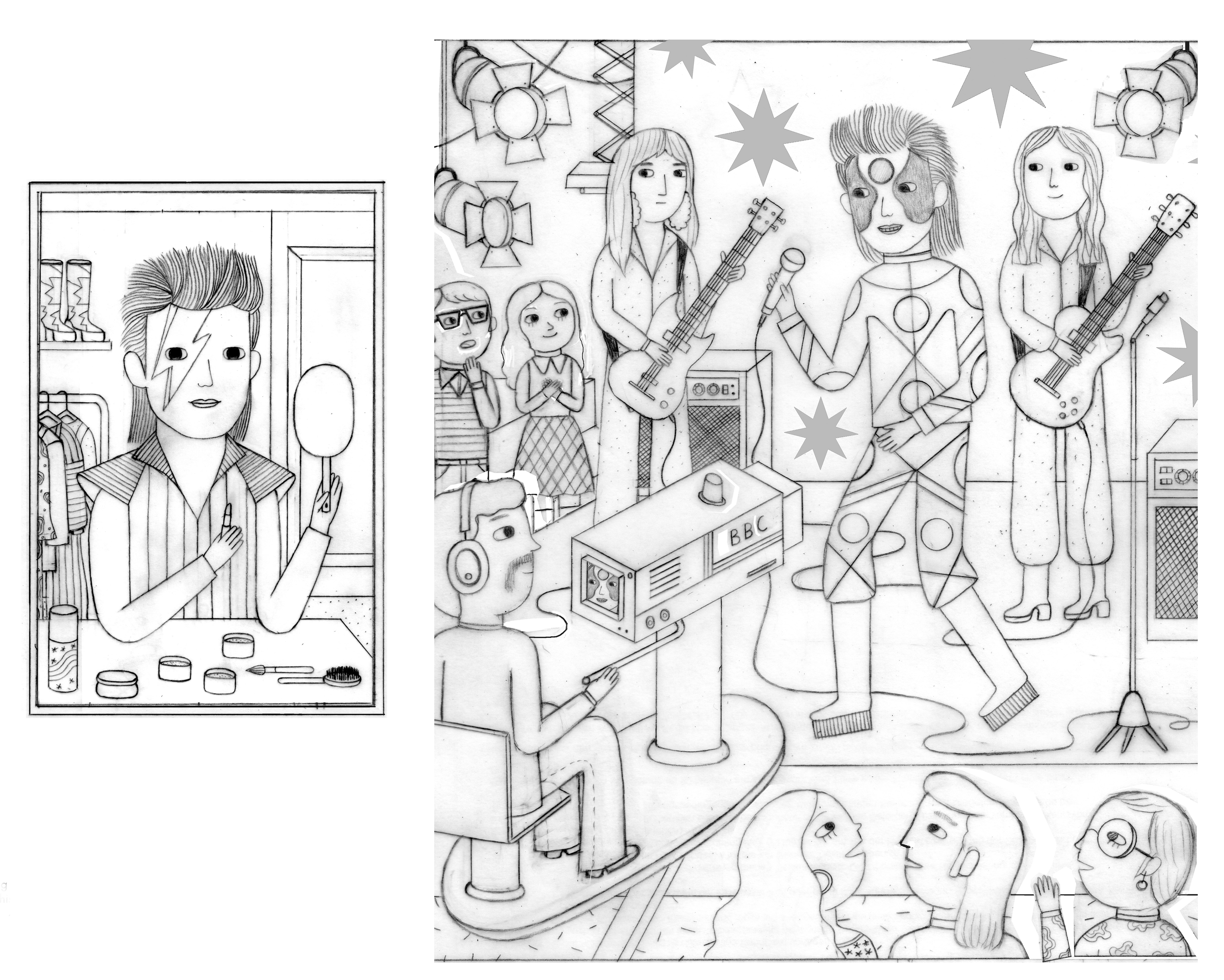 Brief : How open was the brief? How much input were you able to make to the book, did you get to choose any of the people yourself? Did you have to do much research for each person? Was it important for you to be accurate in your portraits? How did you go about visualising the brief and what did you hope to achieve in the resulting illustrations? What techniques do you use to make your images?

The brief was pretty developed in the concept but the book’s form was still quite open, though.

Fortunately, Lincoln Books was always very open to listen to my thoughts and suggestions and I would say I was able to reflect most of my layout and illustration ideas in the book.

I was actually happy not to have the responsibility to pick the 50 biographies to be featured on the book since I was busy enough researching quite intensively on each personality. I aimed for historical accuracy and for achieving some level of resemblance in the portraits without compromising my illustration style. 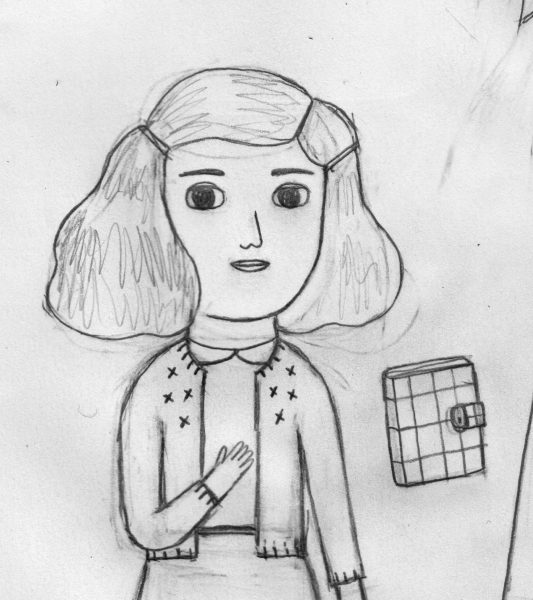 Looking back : How does this book now appear to you? What have you learnt from the experience?

Overall I am very pleased with the final look of The People Awards. I never worked on a such long book project before, so I learnt that I have the endurance to complete much more extensive projects than I thought.

General : How does this book fit into your work in general? Is children’s book illustration a direction for your work that you actively pursue? What are your aims/objectives for now and the future?

After the last couple of years working mostly exclusively for commissioned projects, this year I will pursue working on my own personal illustrations again for my upcoming solo exhibition in Korea in September 2019. 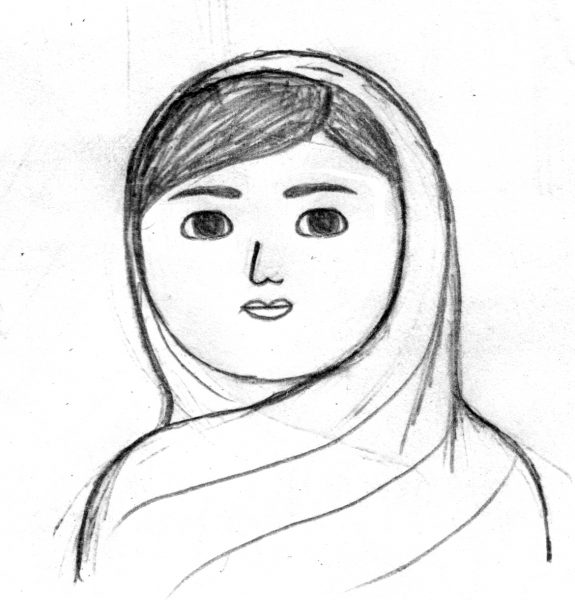