Published by The Mainstone Press 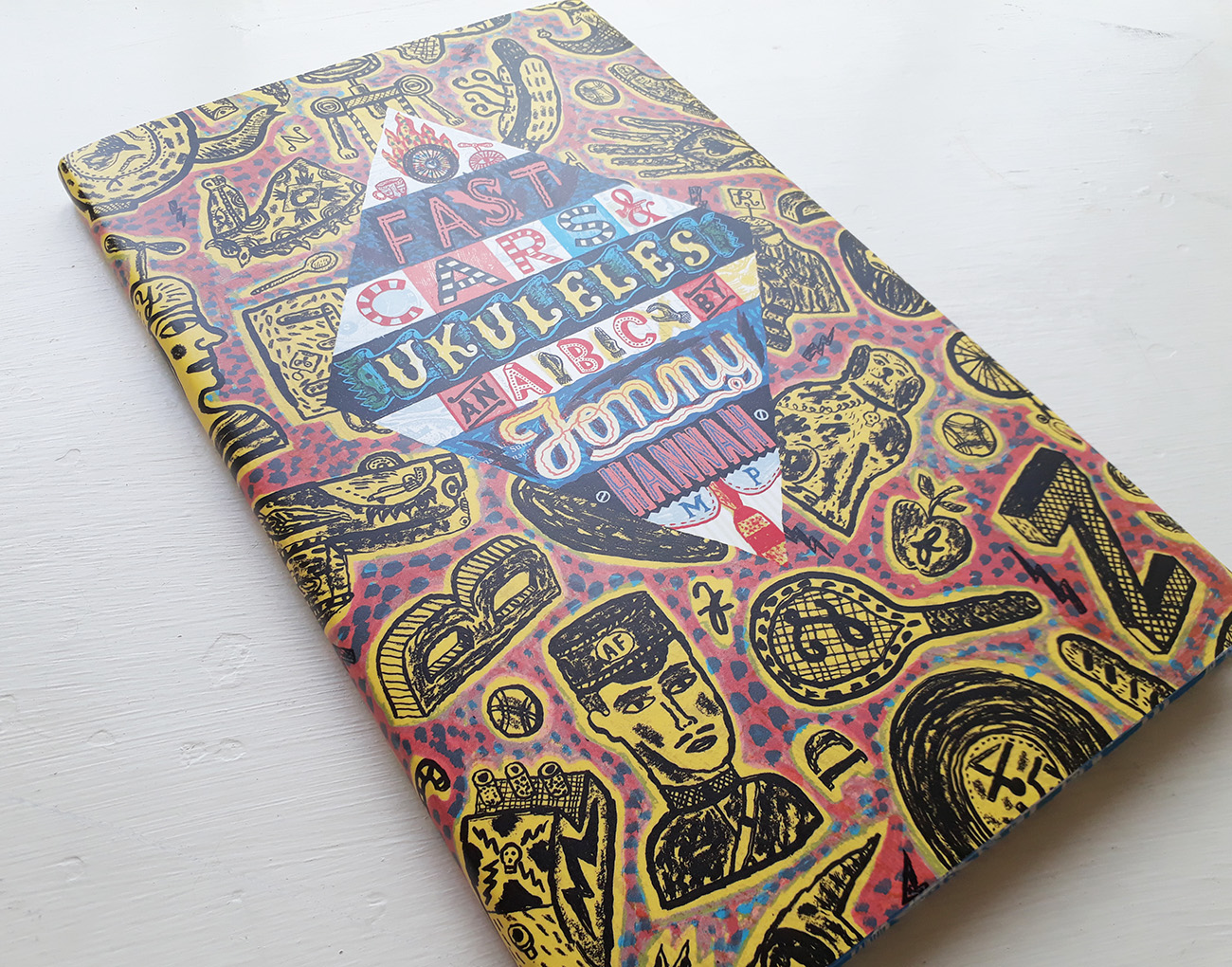 This is a personal A to Z from illustrator Jonny Hannah, an autobiographical skip through his tastes in clothing and music, heroes and heroines, and it’s clear that much of this is embedded in his past. If you’re familiar with his folk-inspired work, this won’t come as a big surprise. Although steeped in nostalgia, Hannah freestyle approach brings energy and movement to the dense images, sending the viewer’s eyes jumping across the pages, decoding the combined text and image to discover the story on the page. 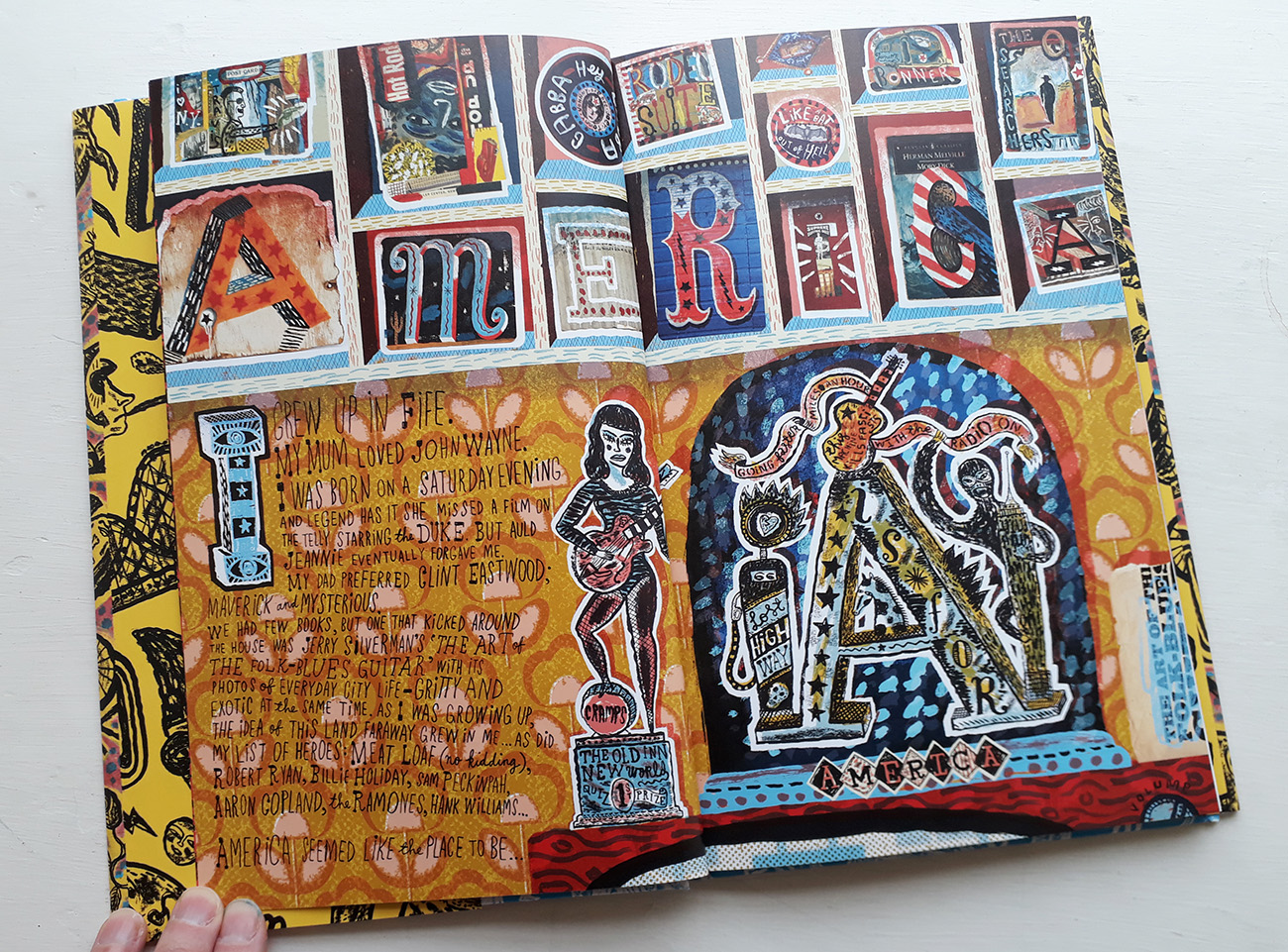 Hannah praises the quality of ‘dead men’s suits’ from charity shops, and his favourite singers are mainly long gone – although Richard Hawley (a musician who’s inspired by music from the 50s and 60s) gets a mention under the letter ‘R’. Of classic boyant Northern Soul 45 dance records Hannah says ‘If these gems don’t fill your very being with joy… call the undertaker,’ while emphasising that the culture around Northern Soul is one of the few ‘100% working class’ art forms. 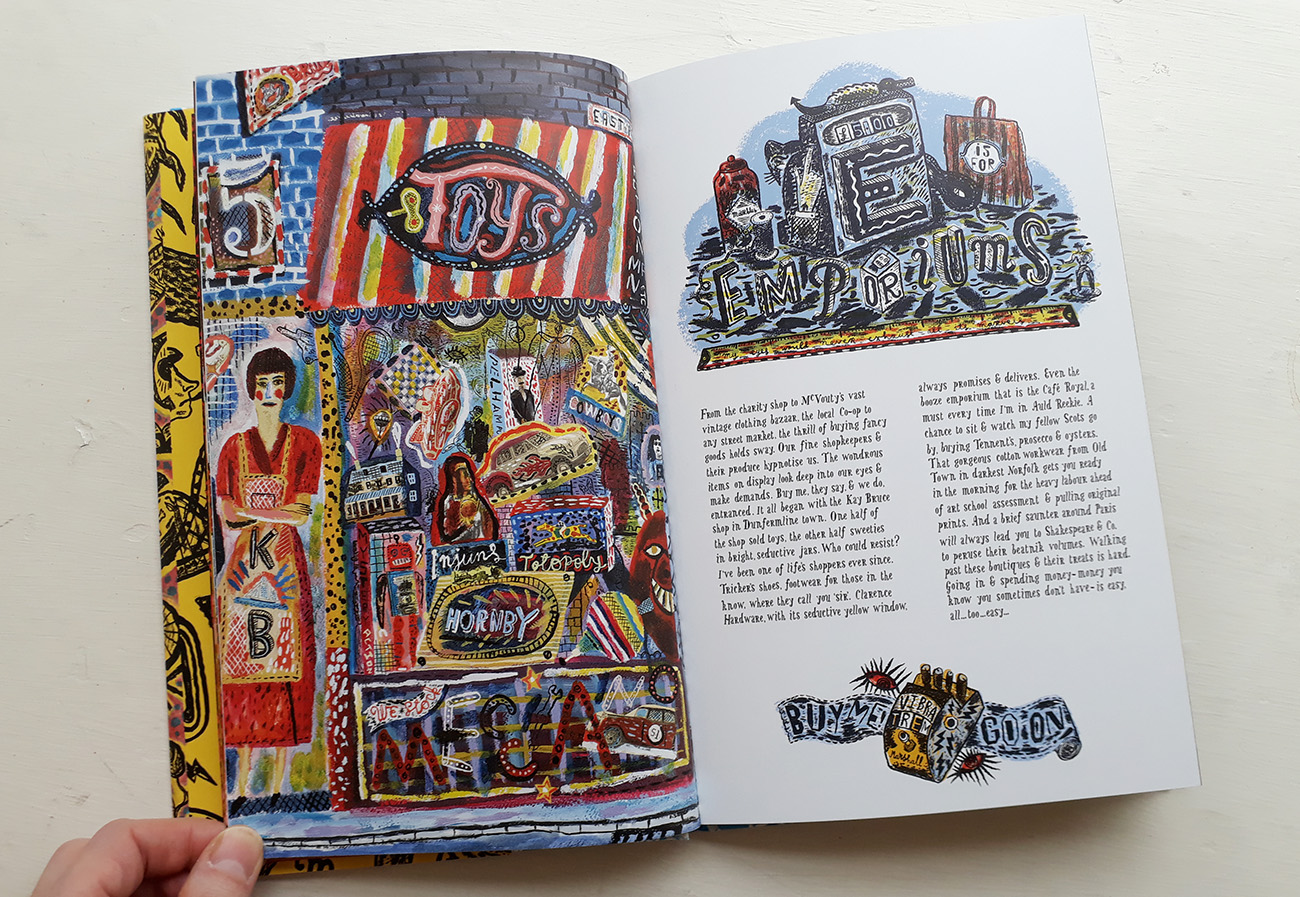 Fast Cars & Ukuleles is entirely illustrated, with painted text combined with print, collage (including tickets and postcards), letterpress, stencil and chalkboard. Images sometimes contain three dimensional objects and can appear as ‘sets’ with framing devices creating a stage for the picture. 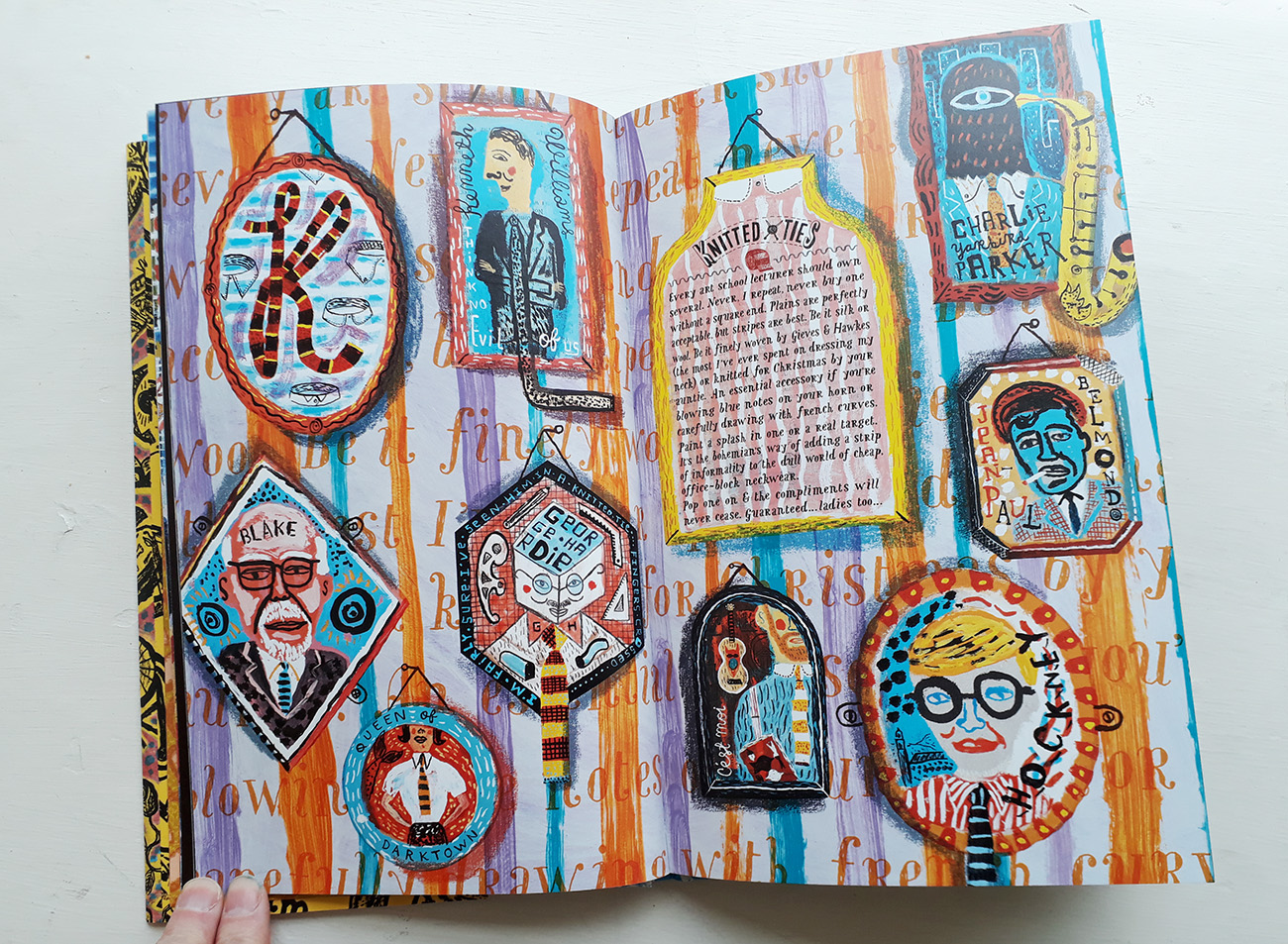 In an interview with Des McCannon in Varoom 11 Hannah said, “Folk art offers us something we can’t find in the establishment.” And she describes his work as containing ‘the excitement, vigour, decorative quality, and a bluntness of message found in folk art.’ These adjectives still apply, and are amply demonstrated in Fast Cars and Ukuleles artwork. 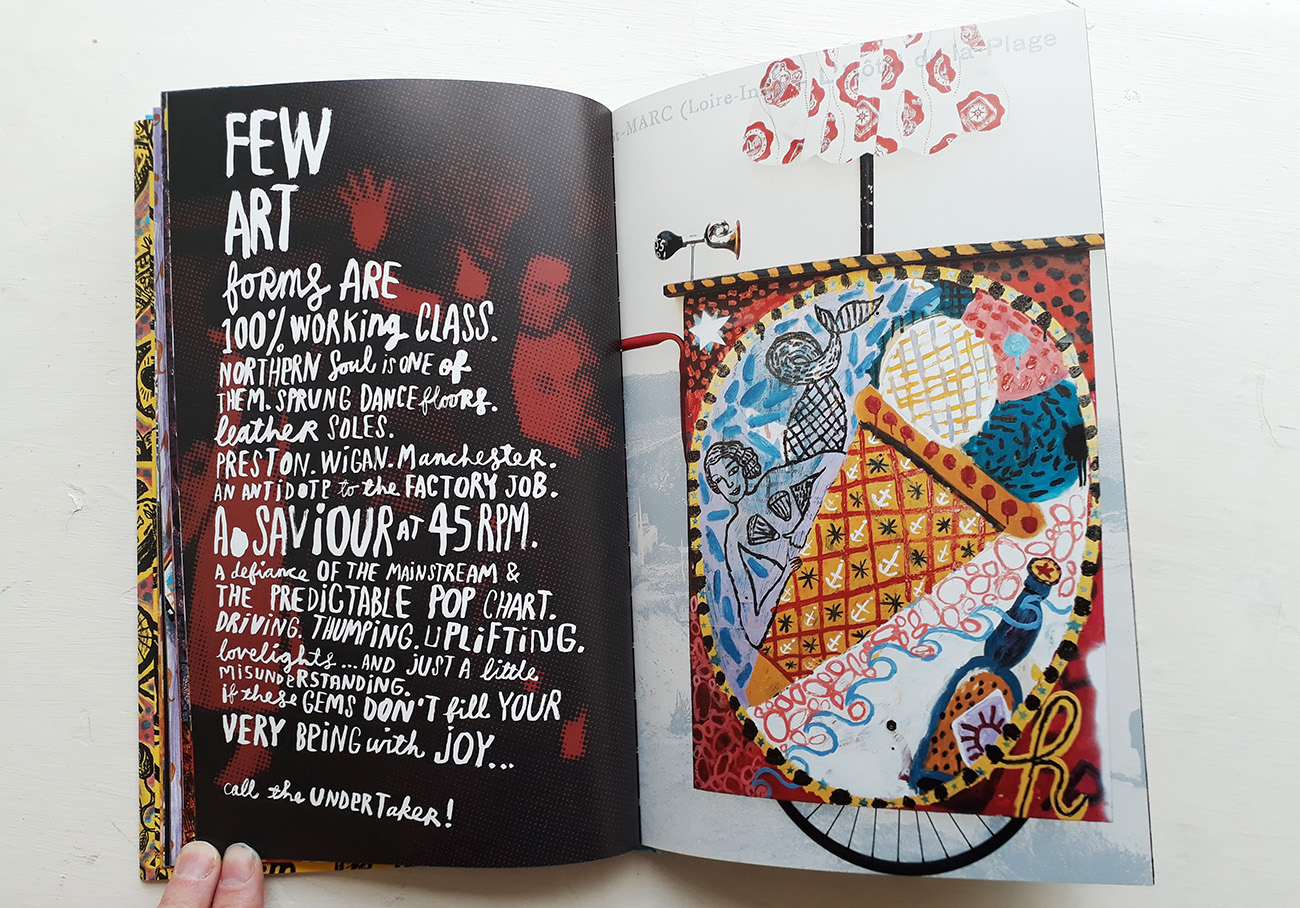 Being an ABC, obviously letter forms are notable part of the images, many taking their cue from hand painted signs, especially circus typography. They bounce around the artwork, though still given the same amount of weight as other elements of the image. The hand-drawn aspect of the lettering celebrates pleasure for the eye over sharp clarity, an antidote to the slickness of much contemporary illustration.

Bursting with colourful layered images, Hannah’s ABC is a fun, light hearted ride through the things he holds dear to his heart, from ‘Emporiums’ through to ‘Knitted ties’ – and even the Devil gets a look in along the way. 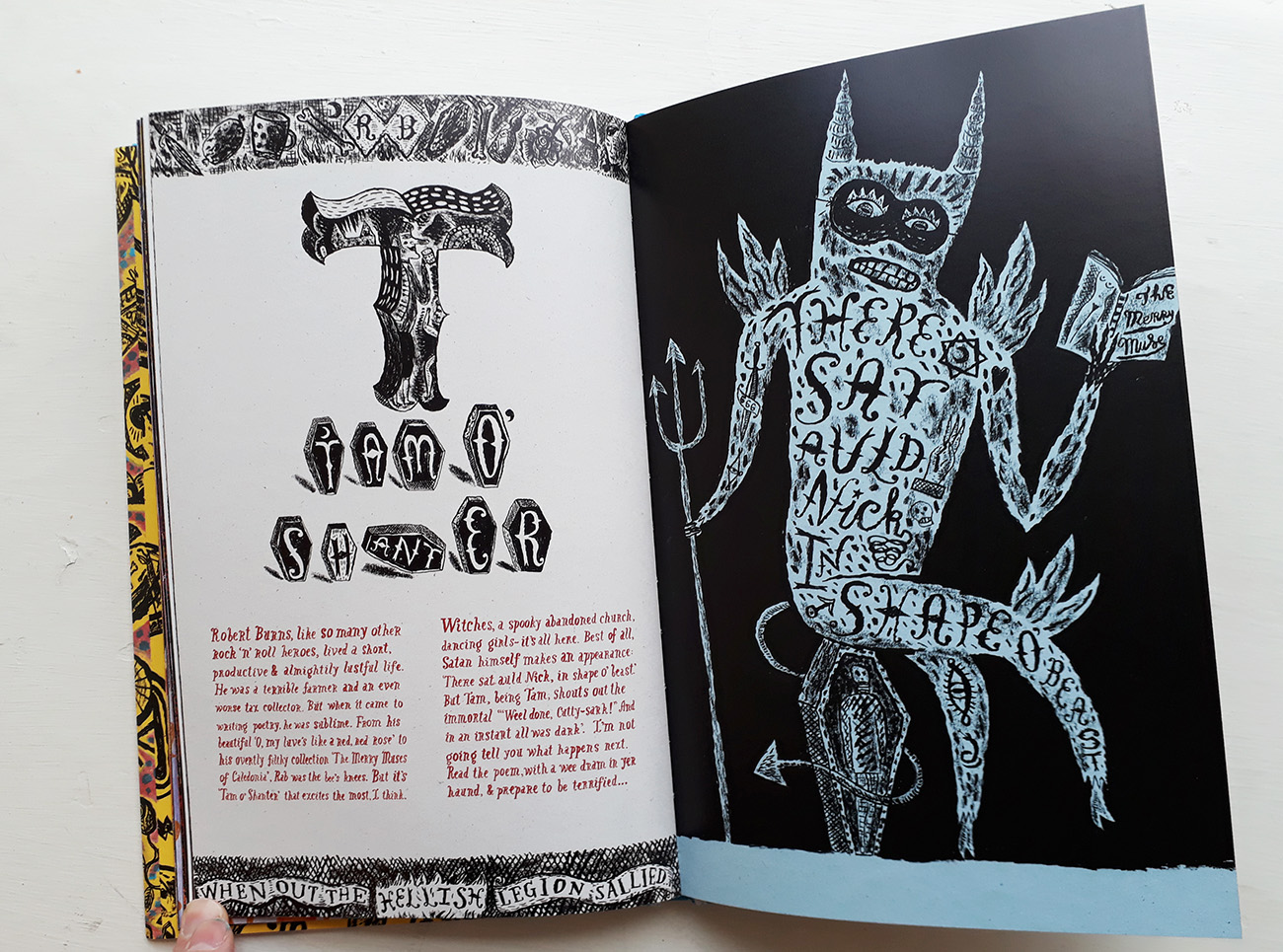