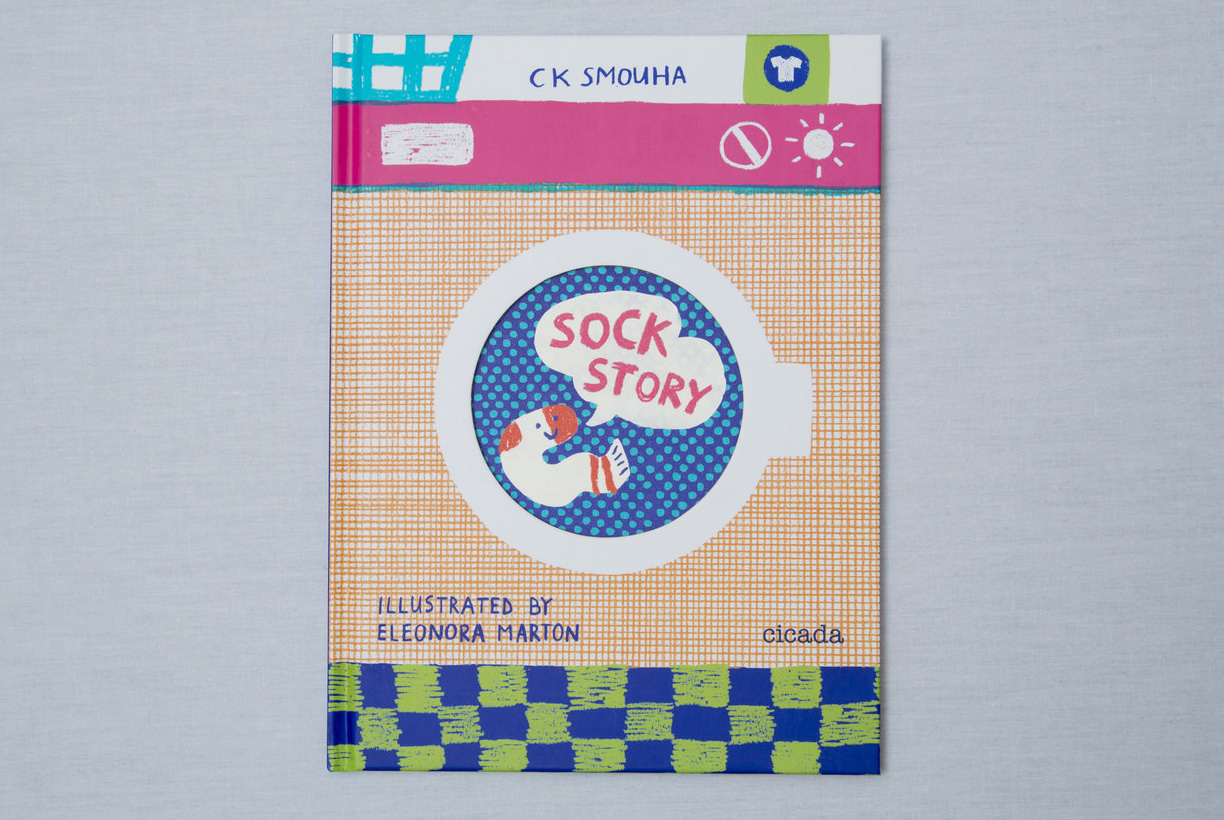 Phil is a sock. Dale is a sock. Their very favourite time of the week is being put into the washing machine with all the other clothes, and the very best time is the spin cycle. While the washing machine thumps away, Phil and Dale are experimenting on the very best way to show off to one another, but while Dale is perfecting the double axel triple flip, Phil goes missing.

He’s lost his mate, his pair. For Dale, it’s a disaster. One might even call it the a-sock-a-lypse (sorry) 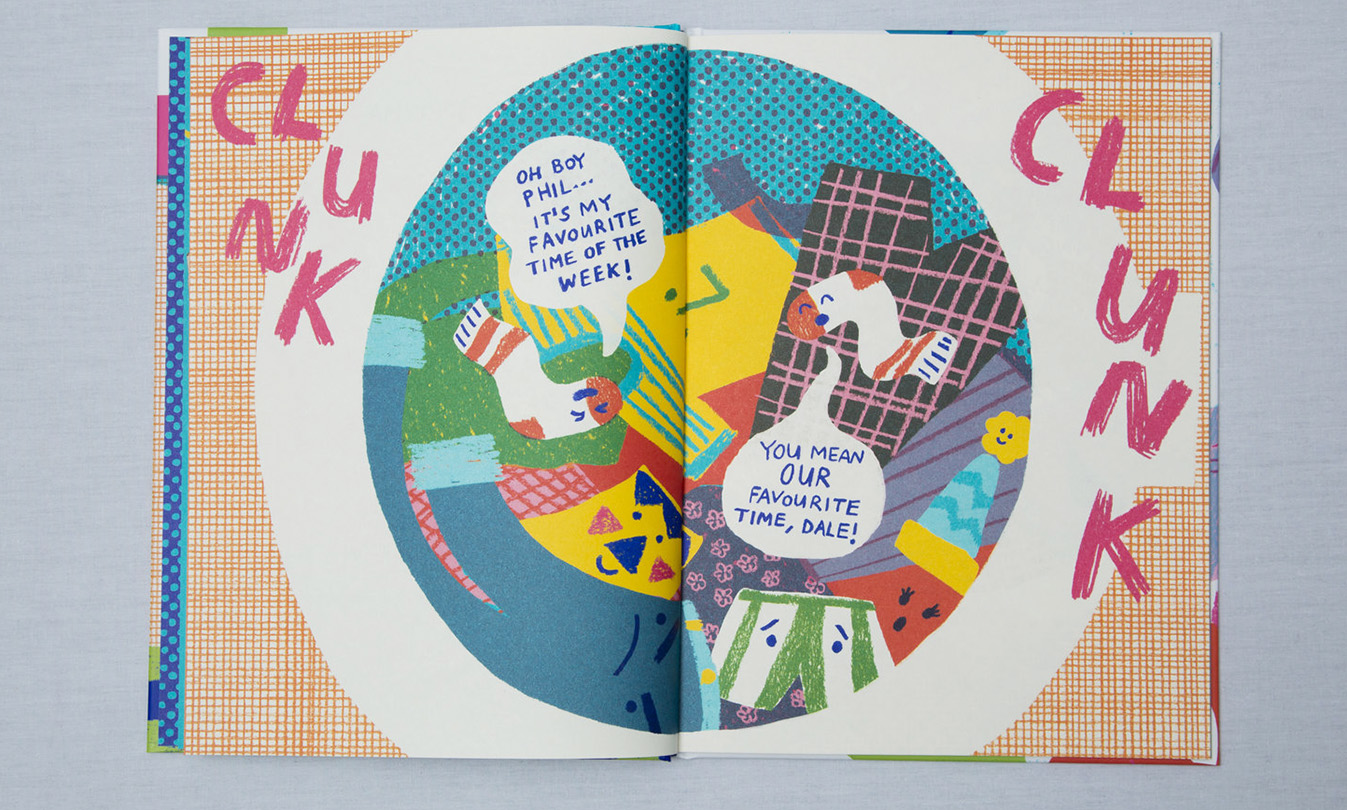 Written by C K Smouha and illustrated by Eleonora Marton, the text is bold, bright, and the crayon style illustrations seize the attention immediately. The comic book format makes it quick paced and the plot works in elements of identity, belonging and friendship. 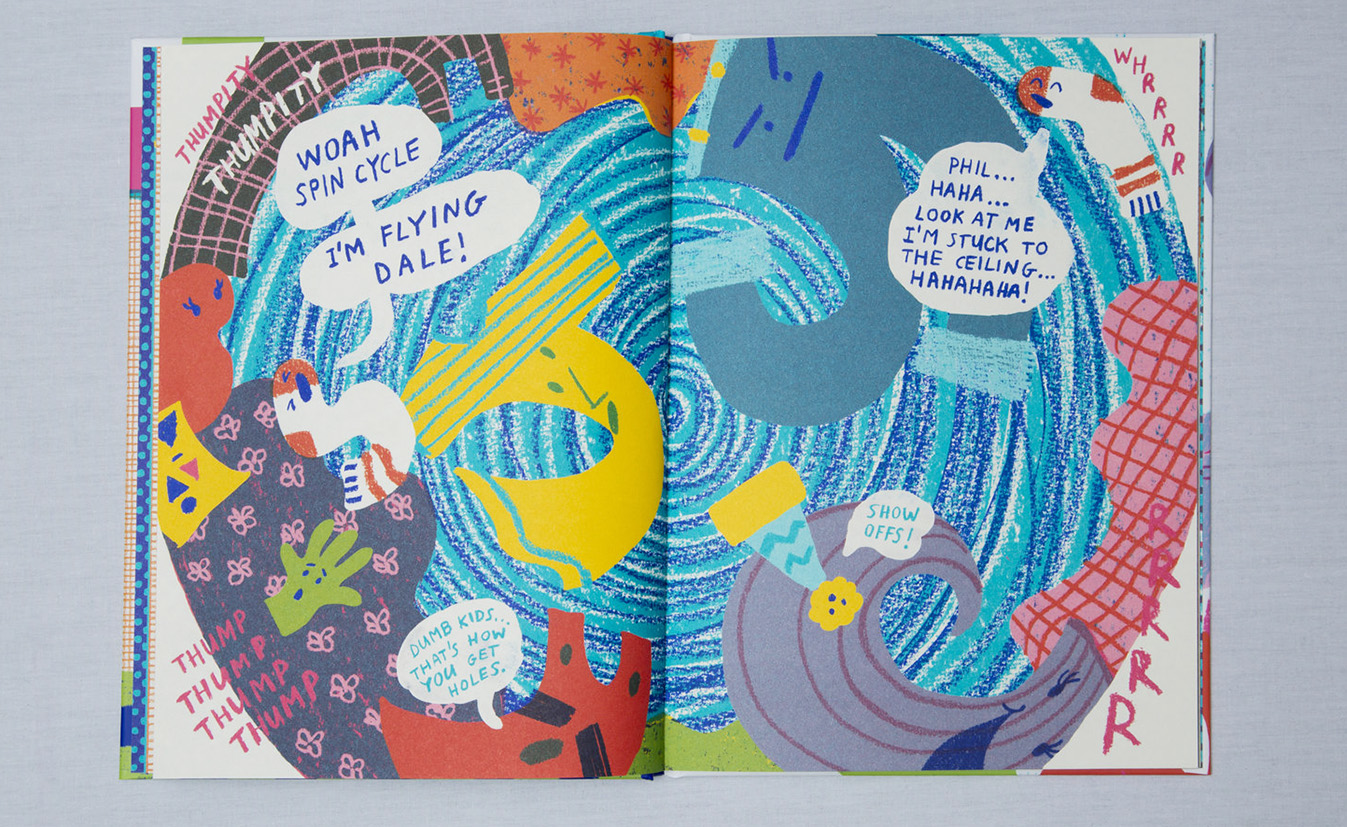 Marton’s illustrations are almost overwhelming in palette and composition, but are engaging in their sheer friendliness, and half of the fun of the book will be in the excitement generated through the personification of the set of clothing that Marton has created

The stylistic naïveté that has been harnessed is also instantly accessible to children, and easily replicated, making Sock Story a sure favourite and an influence on their own early creative output. 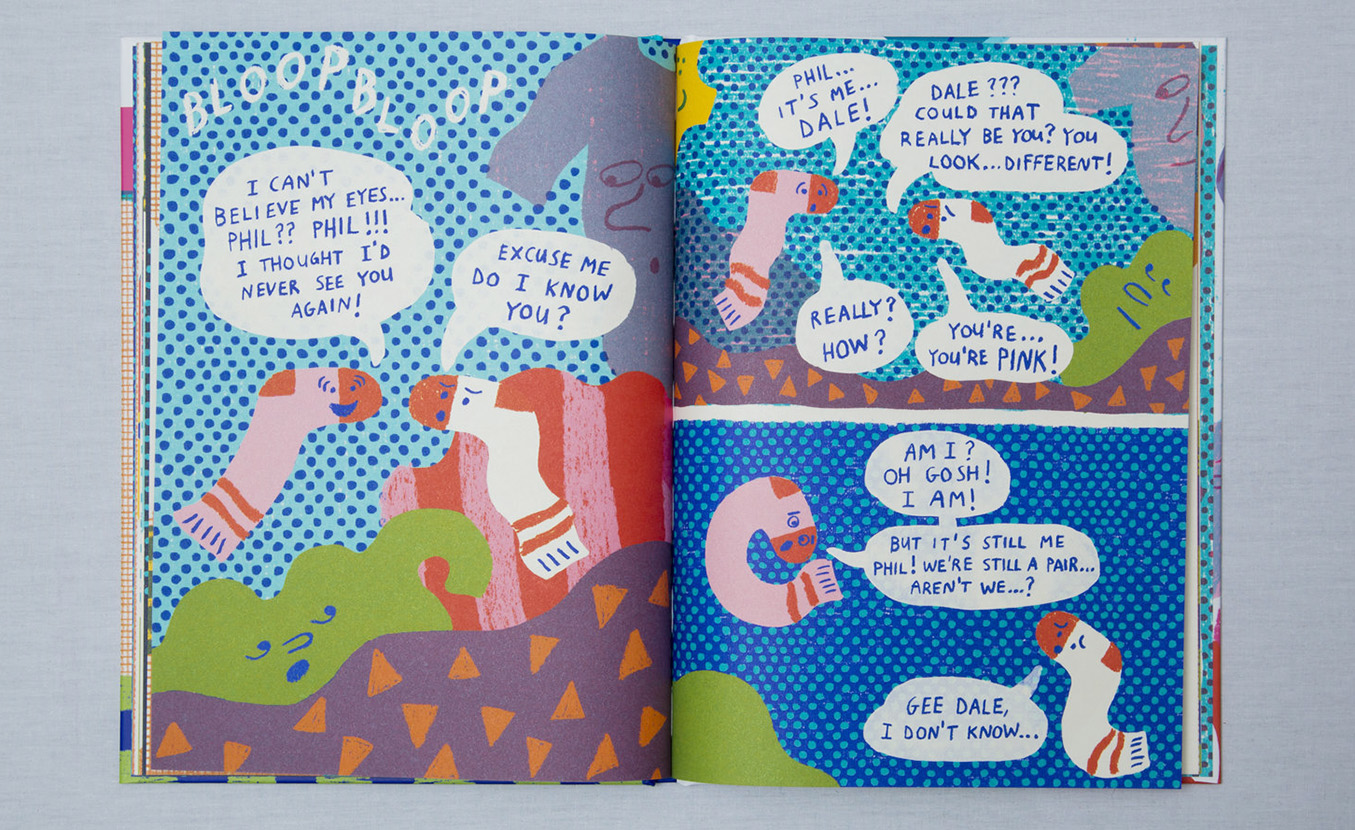