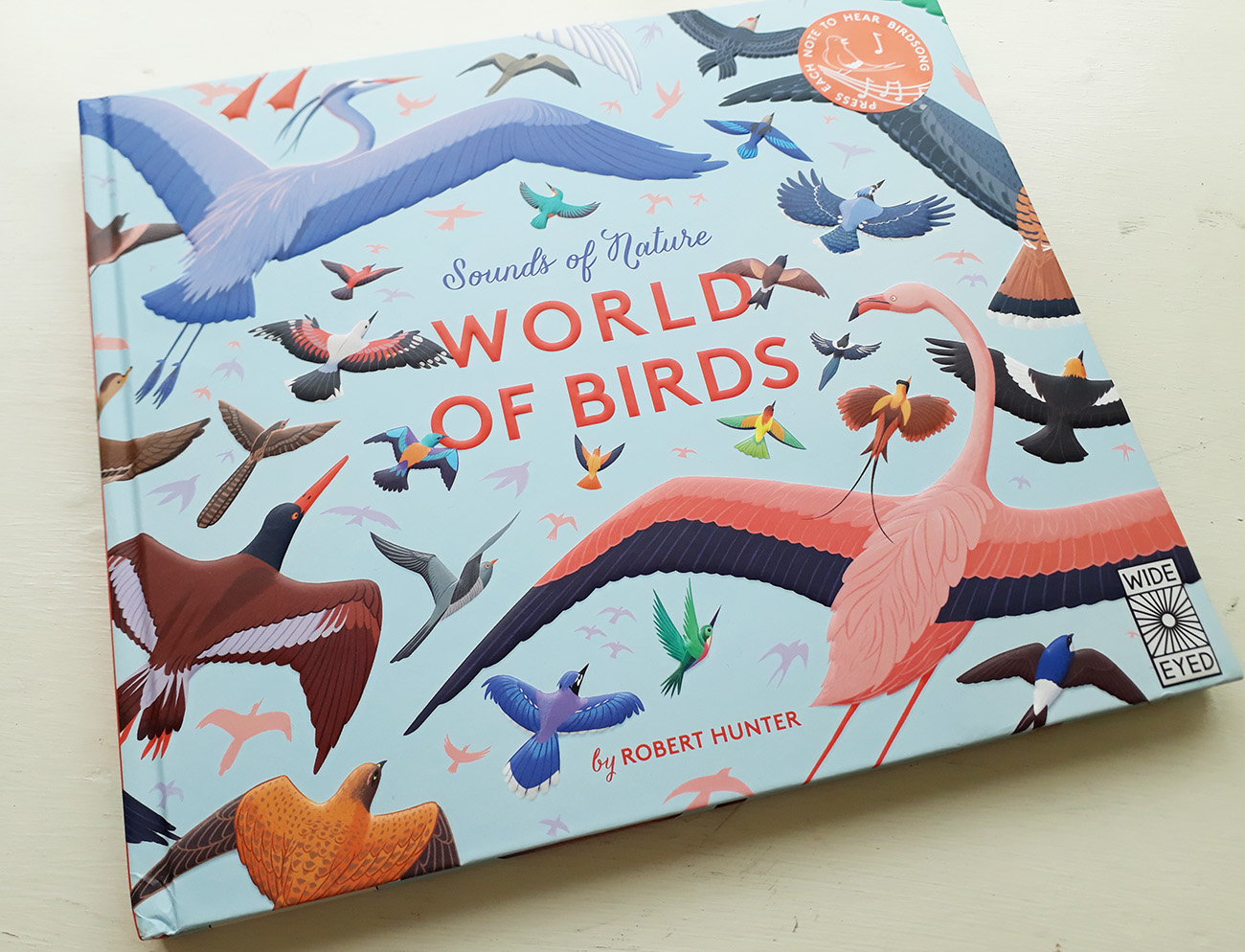 What’s not to like? Listening to the sound of birdsong while looking at beautiful illustrations of the creatures themselves…

World of Birds is a ‘sounds’ book, offering images of brids in various habitats, with visual ‘buttons’ to press which activate a short recording of the birds represented in the large double page spreads. I loved getting a snatch of birdsong, and it’s always fun to press buttons, right? Kids will be delighted with the sounds, and the book gives them a broad range from around the world, from the jungle to the ocean. 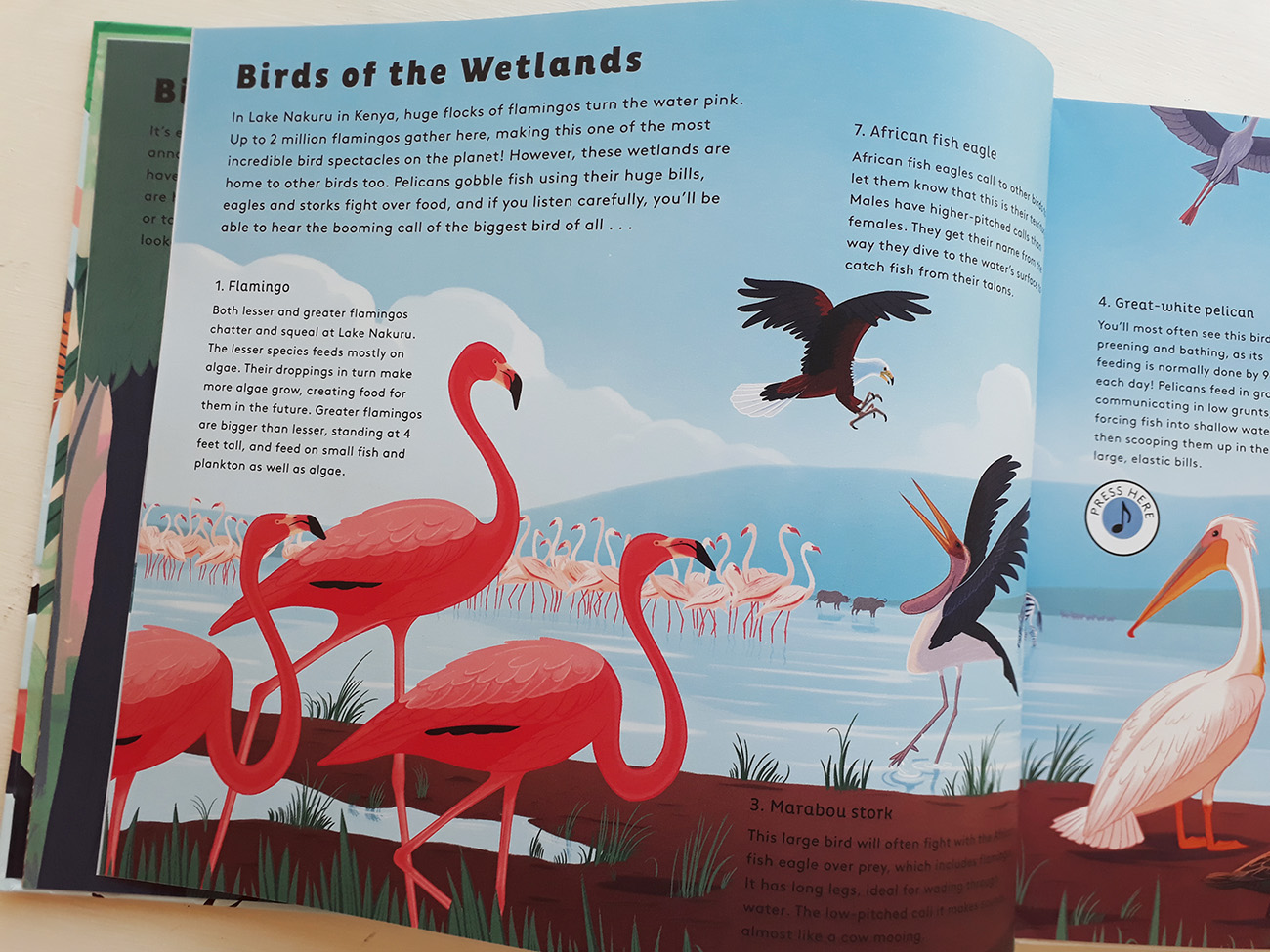 Robert Hunter’s clean lines ensure that each bird’s attributes are clear to see, while bringing a pleasing sense of movement within his compositions, especially when the birds are shown in flight. Known for his colour palette – he’s a great user of warm pinks – Hunter’s illustrative style works well in this ‘non-fiction’ context. 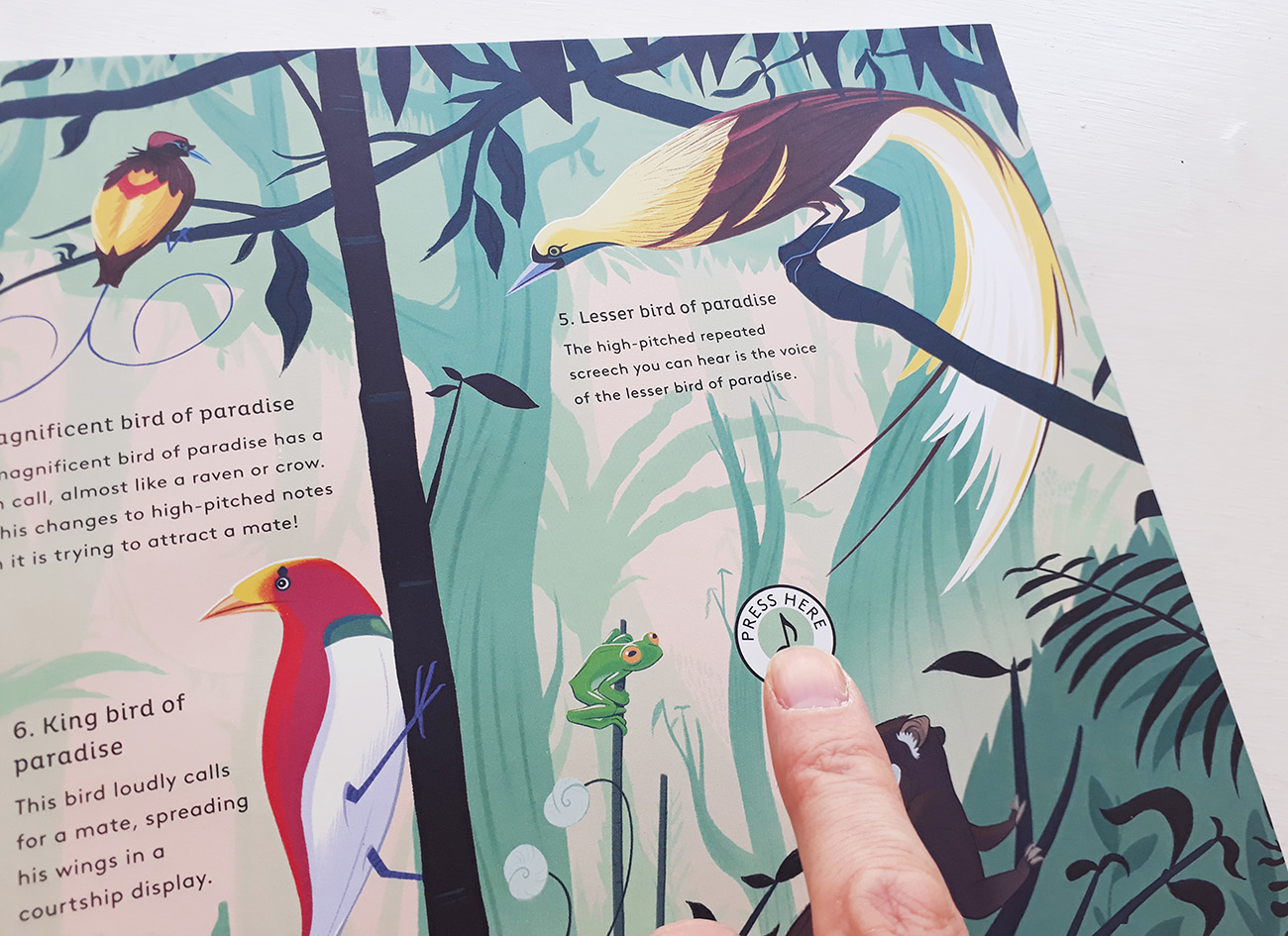 The images focus on the birds with background detail kept to a minimum, ensuring the shape of the birds are the main priority. The bird sound recordings are overlaid, so it’s not possible to identify each bird as it sings (unless you’ve some impressive previous knowledge!), but you get a sense of the overall birdsong sounds. 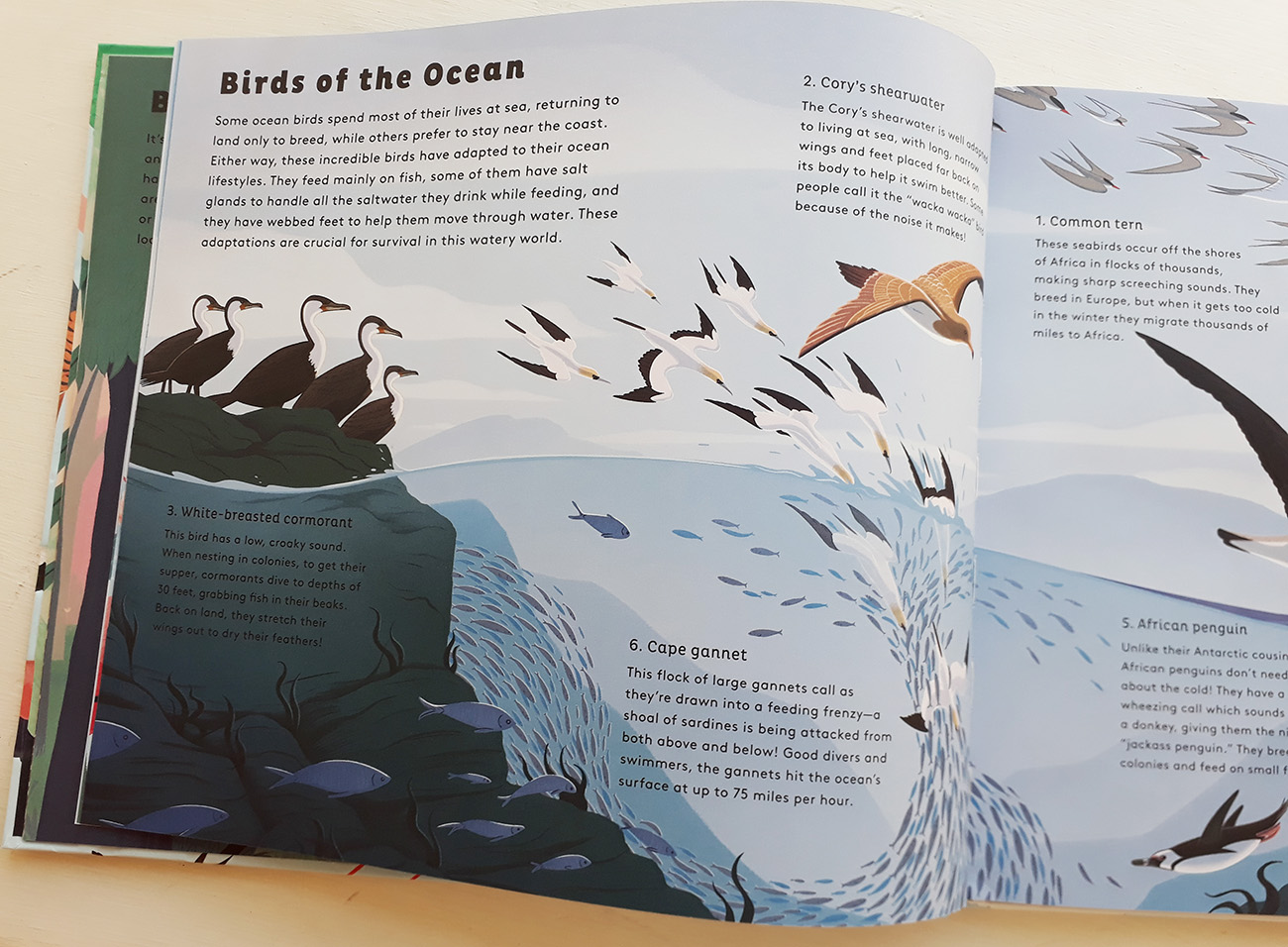 World of Birds is an attractive book, and even pidgeons, the bane of city dwellers lives, look appealing in Hunter’s illustrations, perched on a Parisian lampost. Coo – coo! 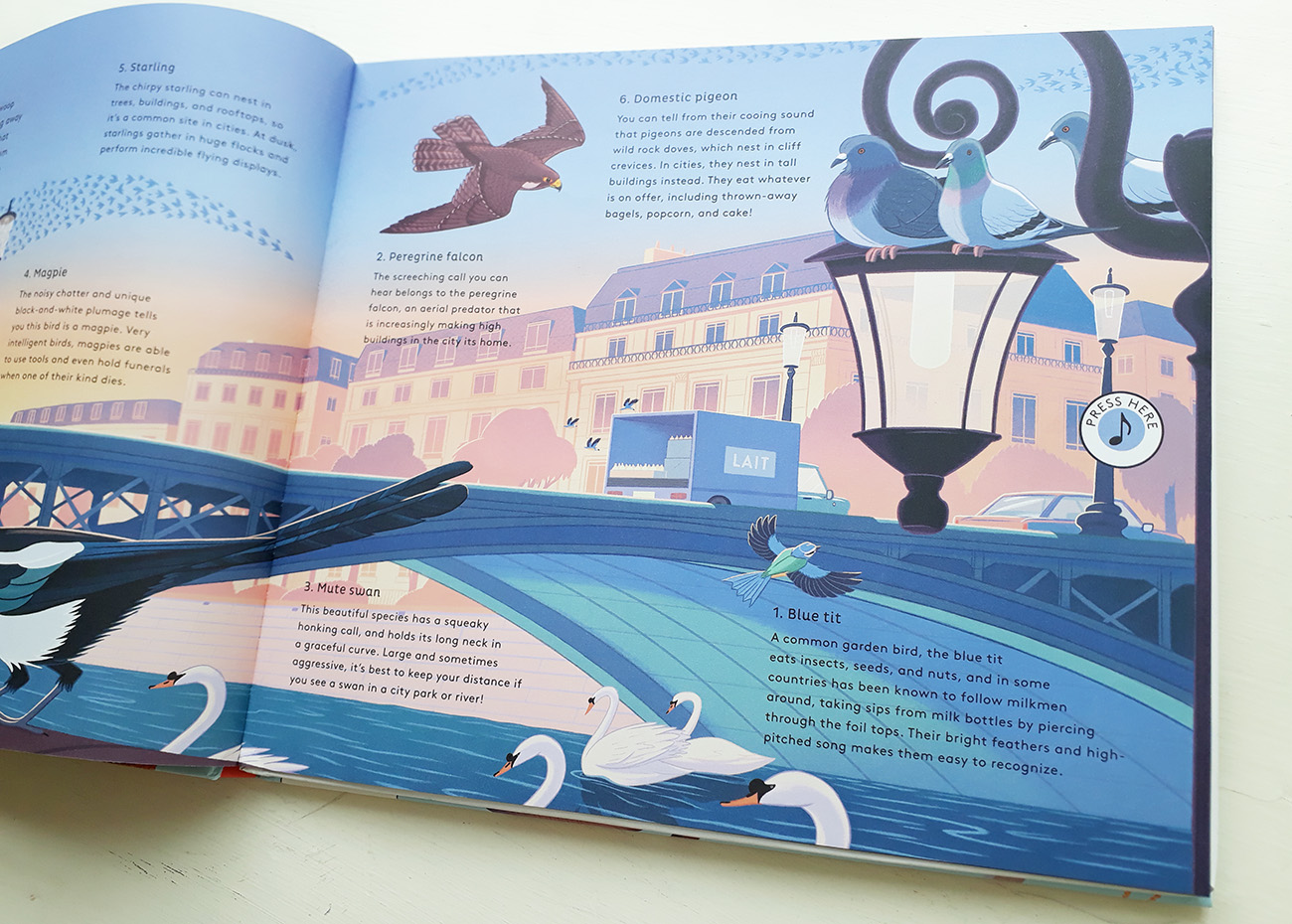