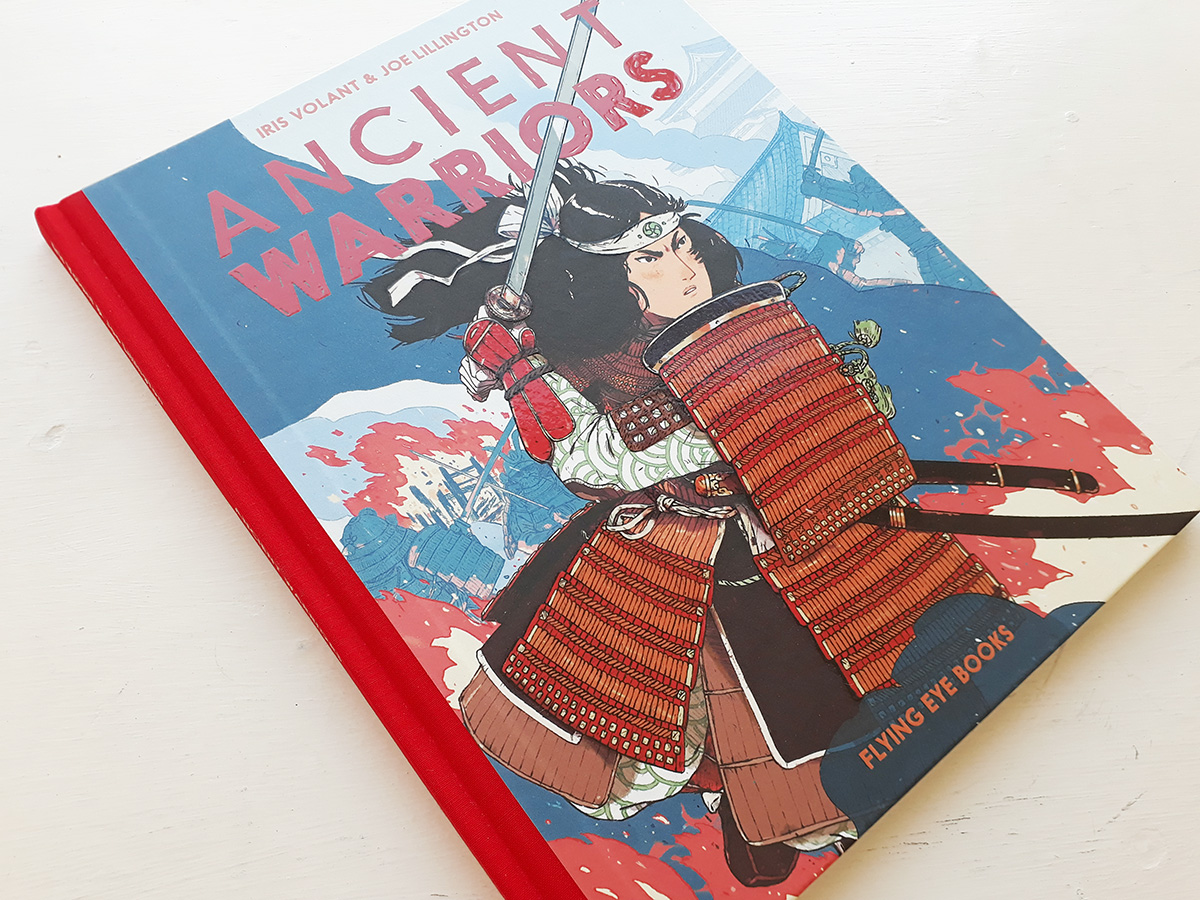 As one would expect from a Flying Eye Books publication this is a lovingly designed object. The red binding on the spine and red text that is pierced by a samurai sword are a nod to the bloody subject matter within. The cover design has the feel of an epic graphic novel and entices the reader in. Lillington’s representational illustrations portray each warrior in a suitably dynamic and heroic manner through a variety of compositions and detailed depiction. 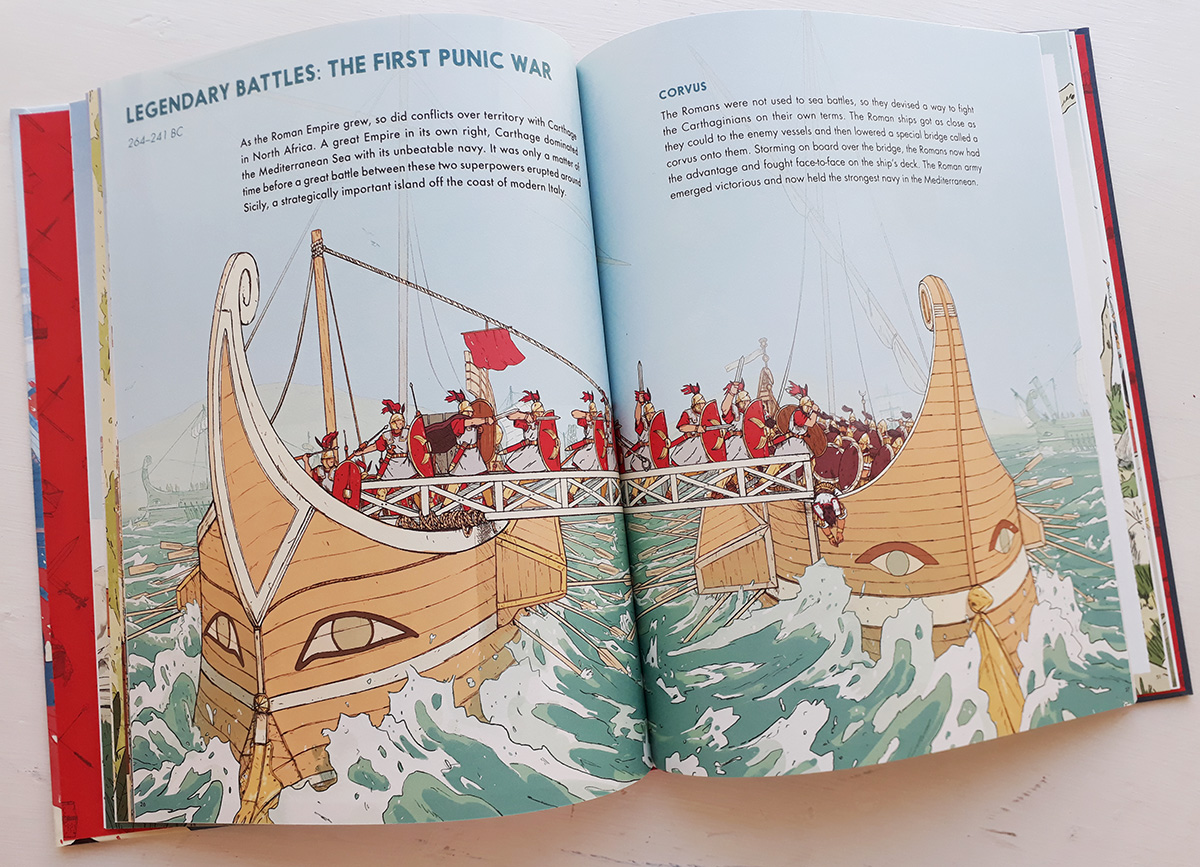 The publisher should be applauded for tackling such difficult subject matter within a book for children. War is hugely significant within the history of our species and this book communicates this, without glamorising the blood, guts and gore. There are dead and dying figures on some of the spreads but Lillington has achieved the delicate balance of portraying reality whilst maintaining an awareness of the audience. This book should educate the reader without traumatising them or leaving them without empathy for the casualties of war. 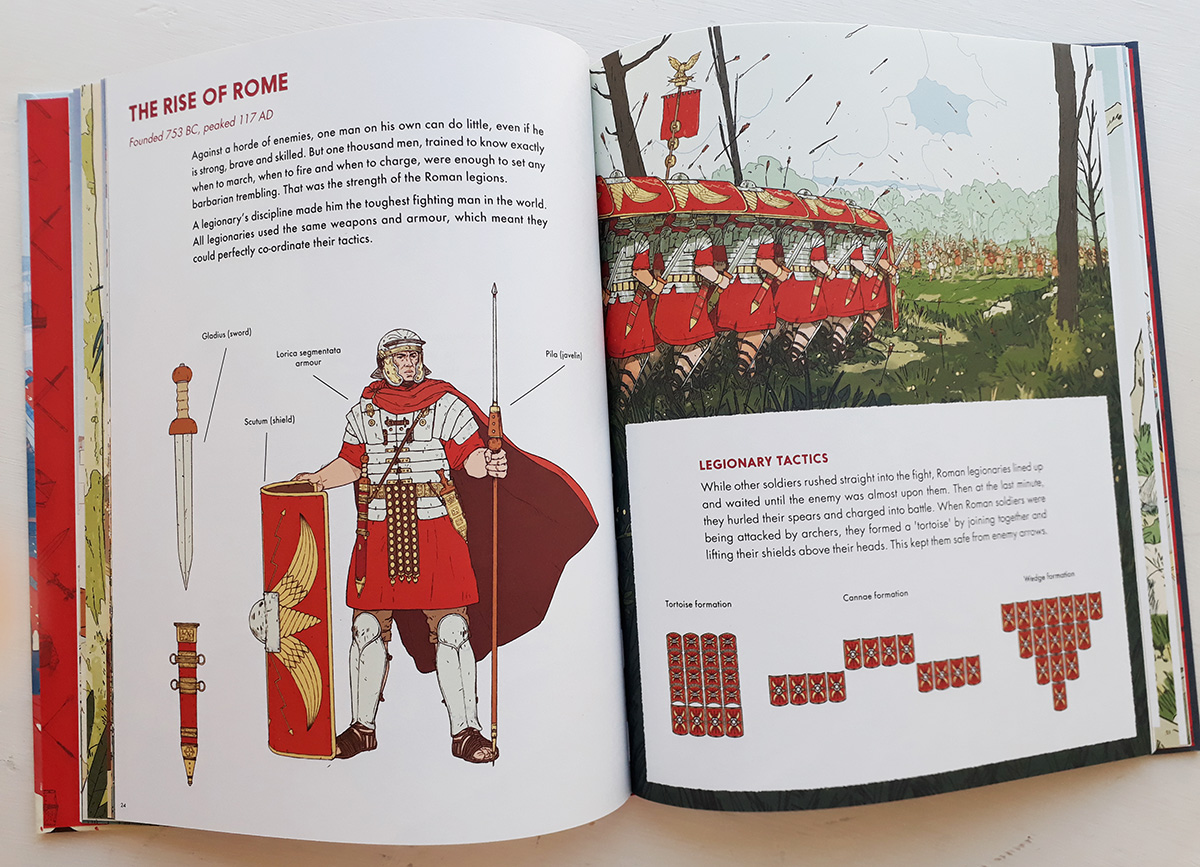 The illustrations have a depth and energy, giving an insight into the era and environment described by Volant’s succinct text, resulting in harmonious page design. Some spreads employ spot illustrations of weaponry, armour and tactics which help to explain the contrast between the different armies. Perhaps each warrior or battle could warrant more than one page, as occasionally I wanted the description to go into more depth or to see another illustration of an object, action or location-such as a small map. But this book is meant to be and is successful as an overview, an introduction to important figures from history and it is a good resource for children to investigate our past. 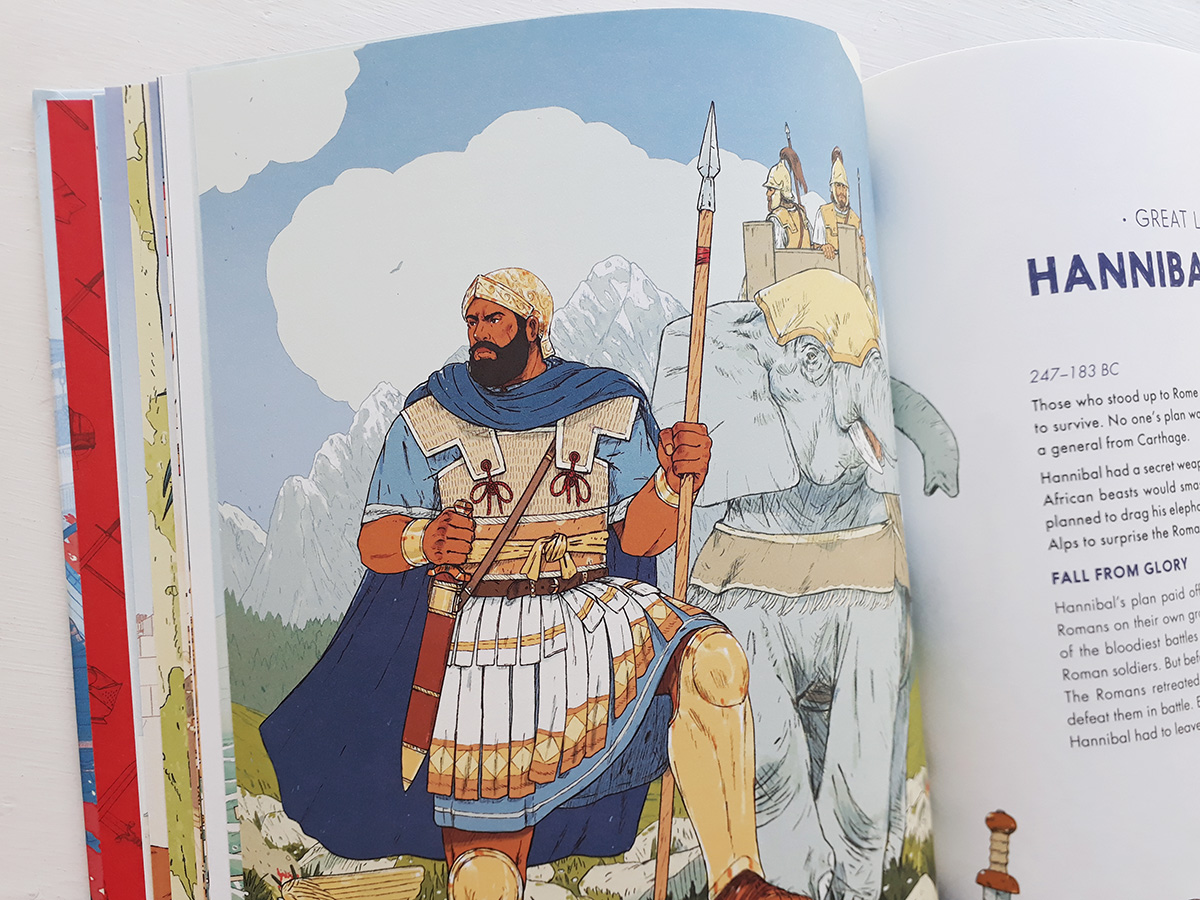 It is good to see a range of ethnicities and different genders within the selected subjects. War has been a rather male dominated pursuit, but several fearless and powerful female warriors are discussed here. We learn about the Celtic Queen Boudicca’s battle with the Romans and the military brilliance of the Trung Sisters, who instigated an uprising in Vietnam against China. 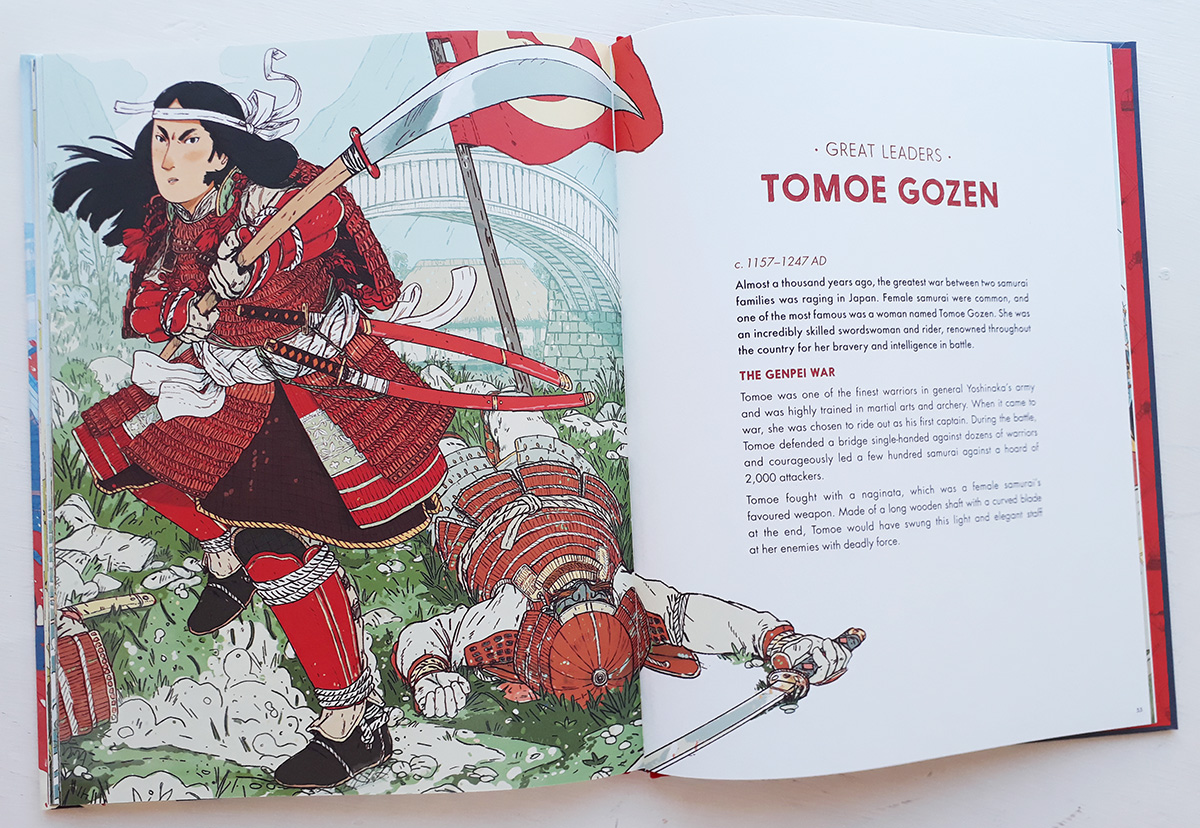 War is obviously a terrible thing and readers are reminded of this through the words of a great military tactician, Sun Tzu. This book does not overly glorify war or violence but explains the role it has taken (and still takes) within the formation of our world, whilst recognising the bravery and talent of military men and women involved in these battles. 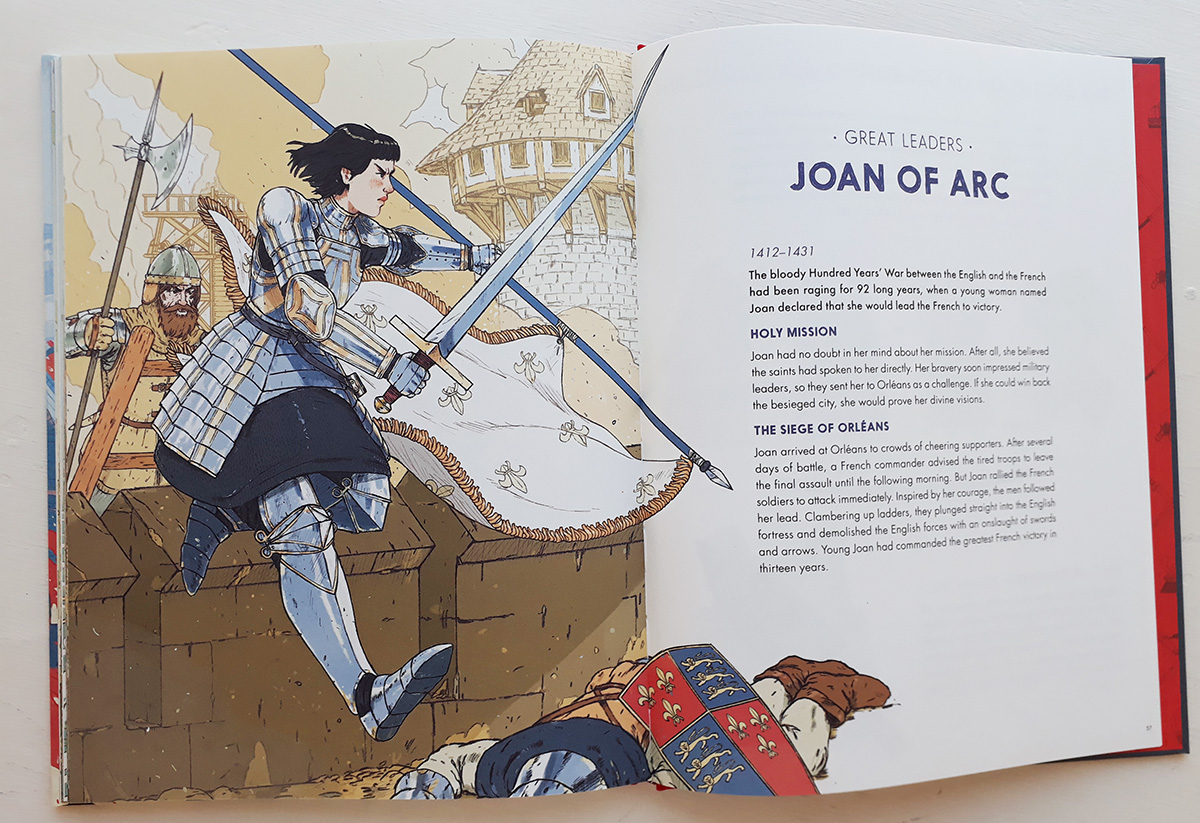