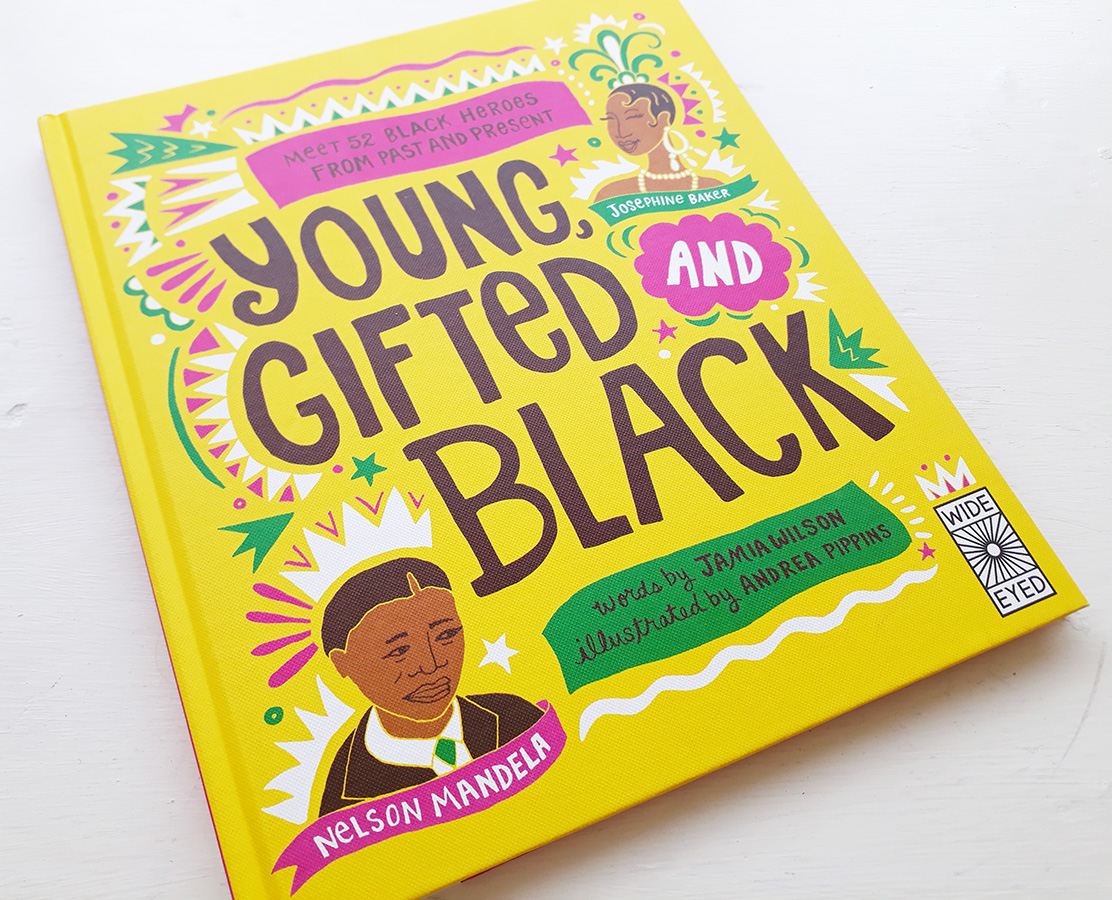 The bold and energetic cover of this book invites you to meet 52 black heroes from past and present. This hard cover book with simple geometric end papers design continues the energy, but doesn’t prepare you for what’s to come, which is a lost opportunity. Perhaps using marks that echo the background designs in the following pages would tie things together much better. 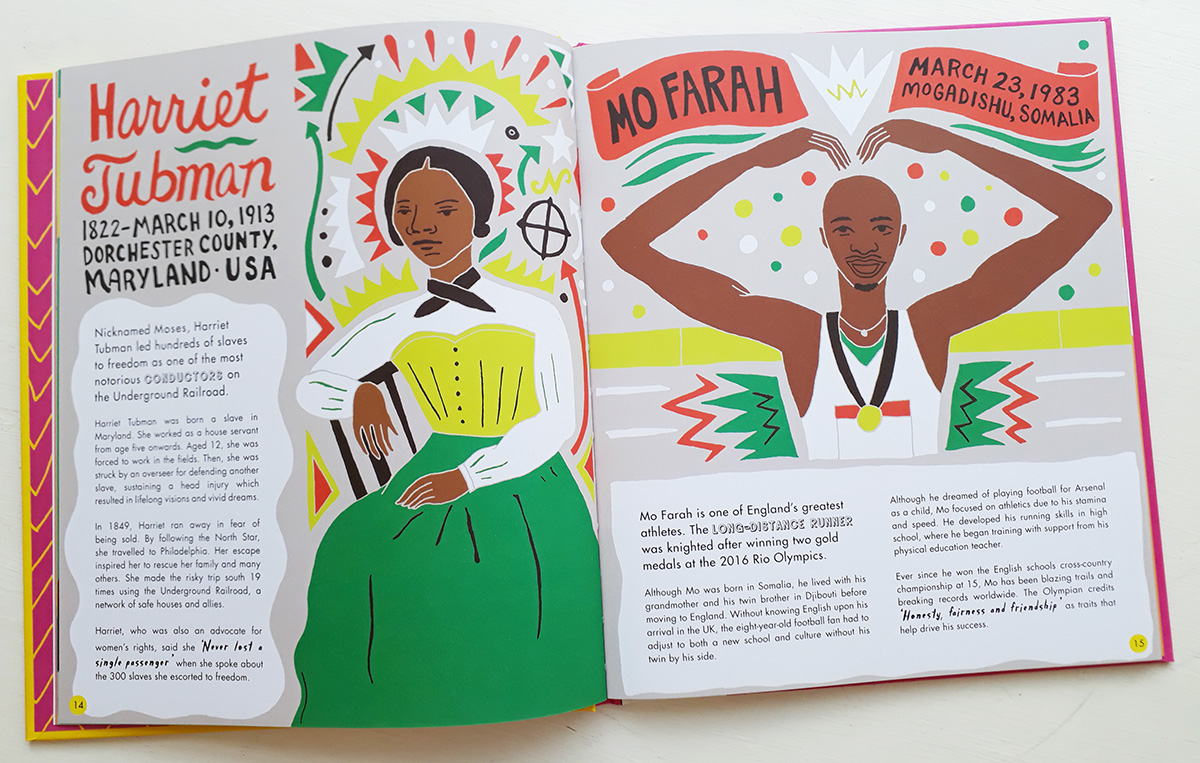 From the double page welcome spread it is clear that the authors wish you to be aware that this is a significant product, and a rare one at that. It is also good to see 50/50 male to female split of heroes. Nina Simone, who co-wrote the song Young, Gifted and Black, features in this book on page 33 and rightly so. The individuals in this book are most definitely good examples of people who took advantage of their gifts. 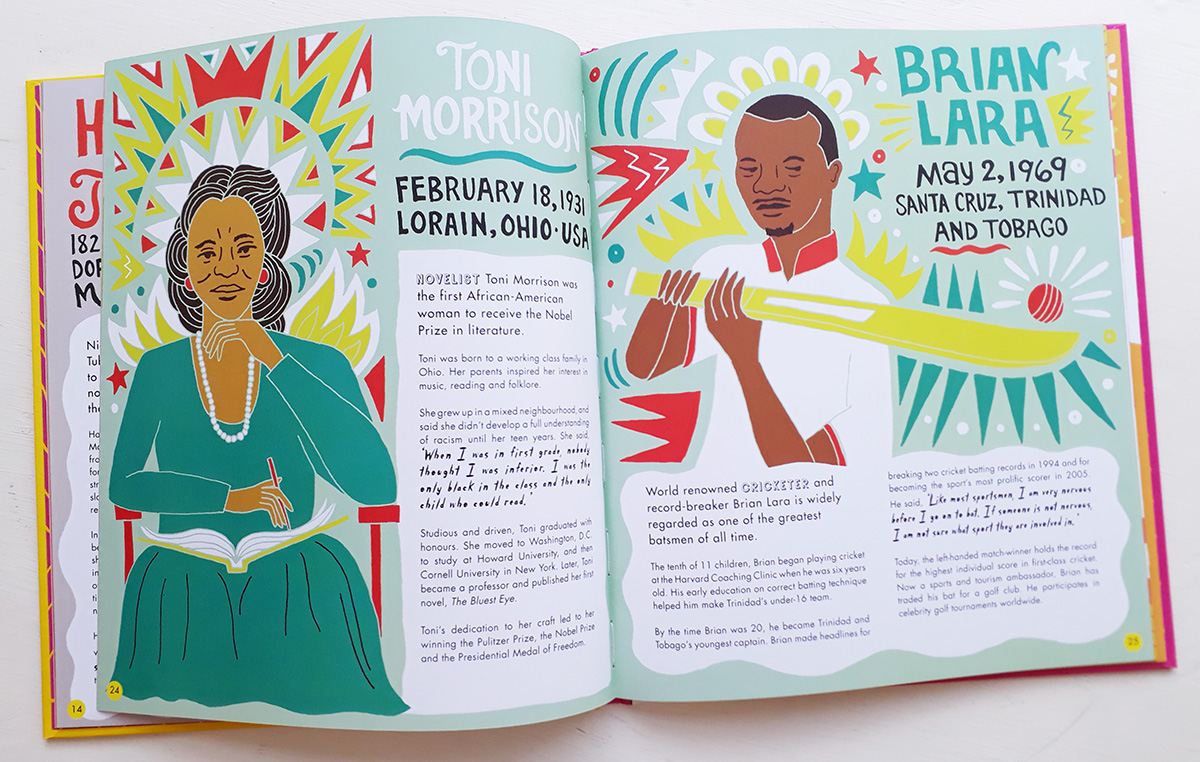 Thank goodness this book doesn’t only feature the stars of the US civil rights movement. They are present, but it is encouraging to see Malorie Blackman, former Children’s Laureate and writer of Young Adult fiction and Steve McQueen, Award winning Artist and Filmmaker between the covers. Black people are part of the future too, rather than a roll call from the heyday of the 1960’s.

The illustrations do have a few of the problems that often seem to occur in highly stylized artwork. Brian Lara’s cricket bat looks more like a Collins machete than a bat. That said, since he is one of the greatest cricketers ever he could probably do as well with a ‘Collins’ in his hand. Comparing the illustrations with the photographs at the back of the book you would be hard pressed to identify the subject without their name attached. I have noticed a trend in interpretive illustrations in this type of book – Amazing WOMEN – 101 Lives To Inspire You by Lucy Beevor and Sarah Green is an example. 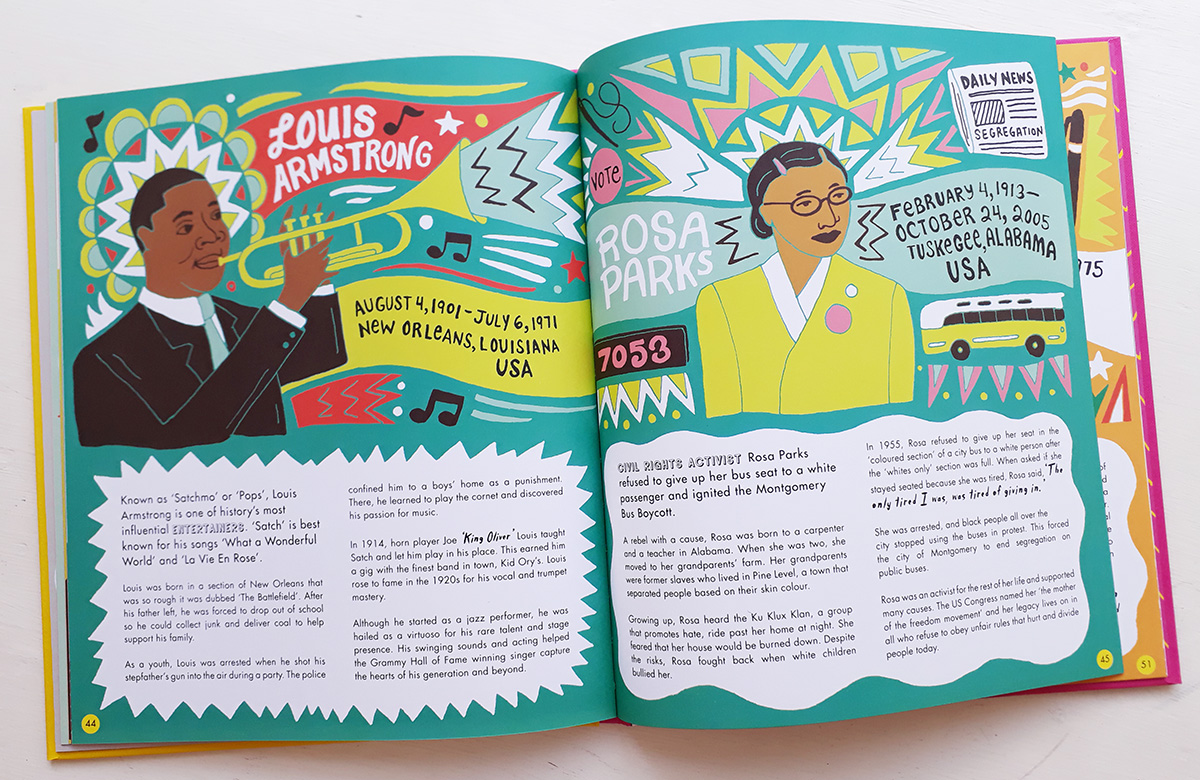 Many of the book’s heroes began their lives living in ‘rough’ environments while others were born into Royal Families. There are quite a few subjects who were born into slavery or were recently descended from slaves but were still able to achieve amazing feats of science, bravery and resistance.

It is important to remember that black people are not a homogenized group but rather individuals who have all had to overcome varying degrees of negativity to reach for success and to stay the course. This book provides ample evidence of this fact. There are figures of international renown represented as well as individuals who just got on with their lives without a thought to their legacy. 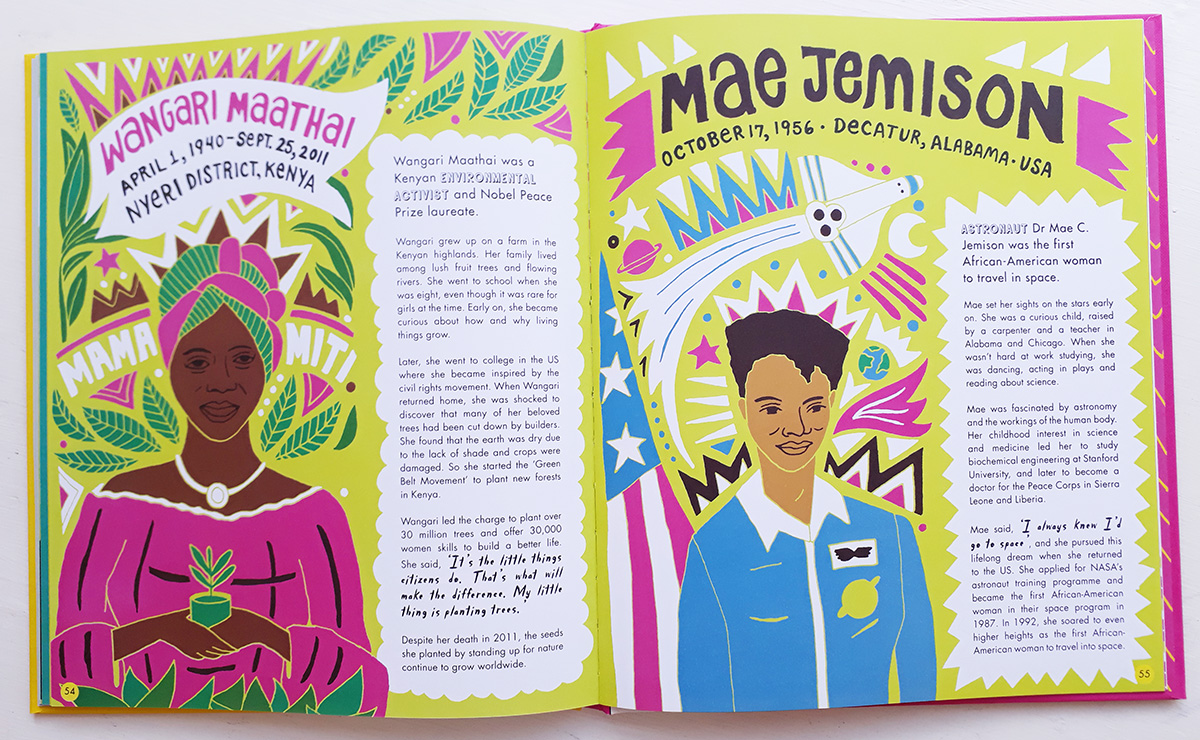 It is said that it is important for young people to see themselves represented in art and all walks of life, and these 52 icons are a good place to start. If you have faced adversity or have sympathy for those who have then this book is for you. However, it should be required reading for every young child.

These 52 heroes are really relatable and can inspire us in our day to day lives. There is no finer or dignified President of the USA than Barack Obama who is featured in these pages alongside his wife Michelle. They have set a positive example that we can all follow.