By Sarah Suzuki. Illustrated by Ellen Weinstein, including artwork by Yayoi Kusama 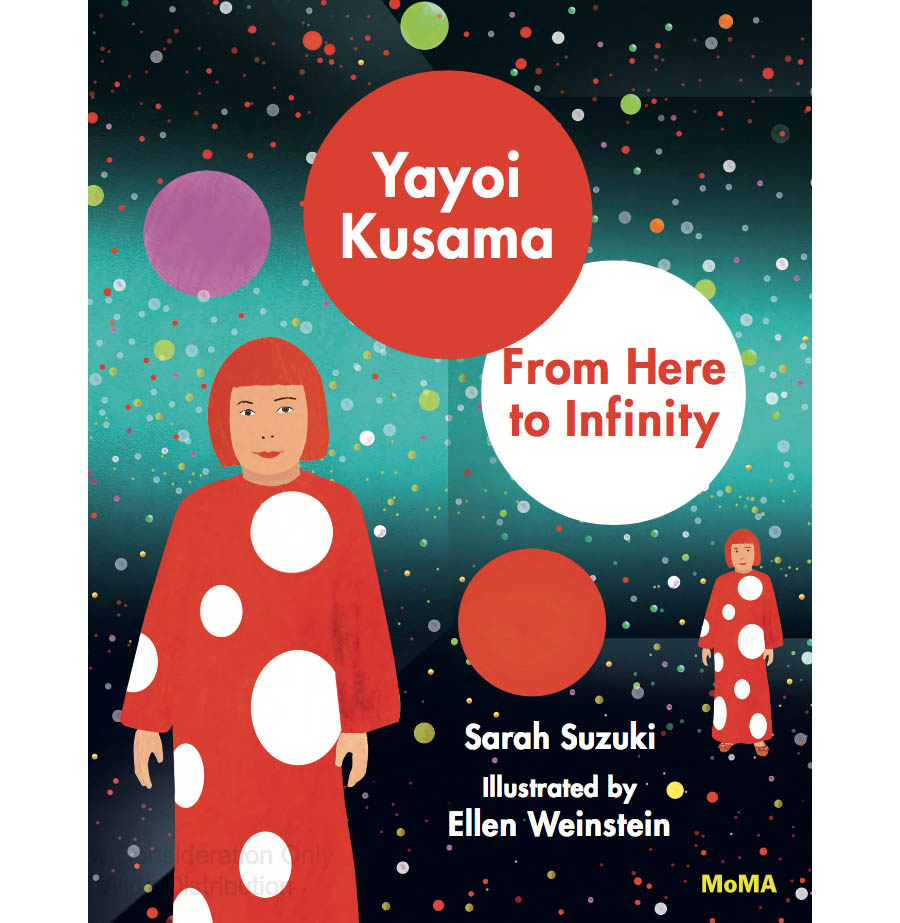 Yayoi Kusama was born in 1929 in Japan, on the island of Honshu, and from a young age she resisted the formal conventional expectations of a Japanese girl in that era – she wanted to be an artist, and this story follows her journey, from the resistance she experienced to breaking free to go to America, to worldwide renown as an artist. 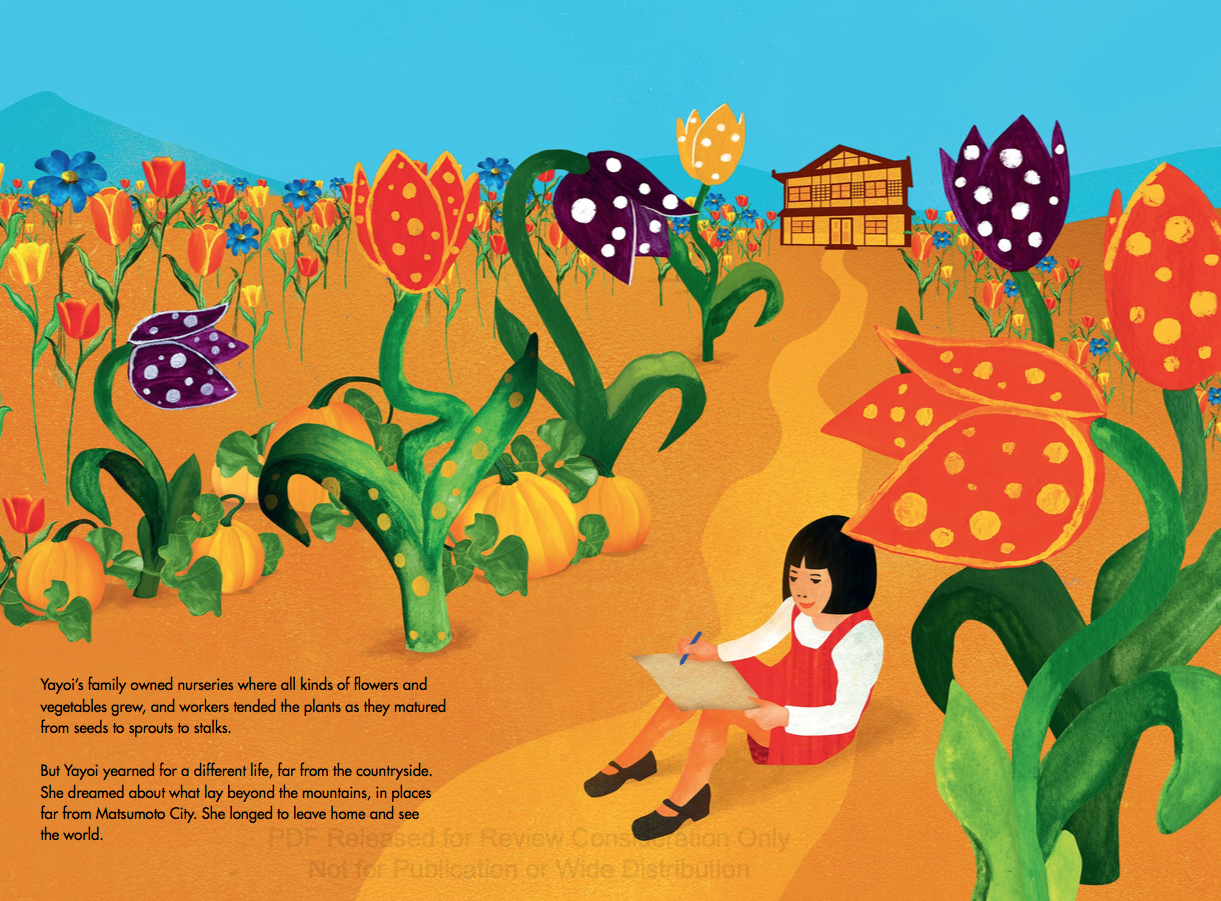 Ellen Weinstein’s graphic approach suits the telling of Kusama’s story, depicting important moments in her journey: sitting virtually alone on her first trip to America with her kimonos; at the top of the Empire State Building once in New York reflecting ‘Here, it seemed, anything was possible.’ 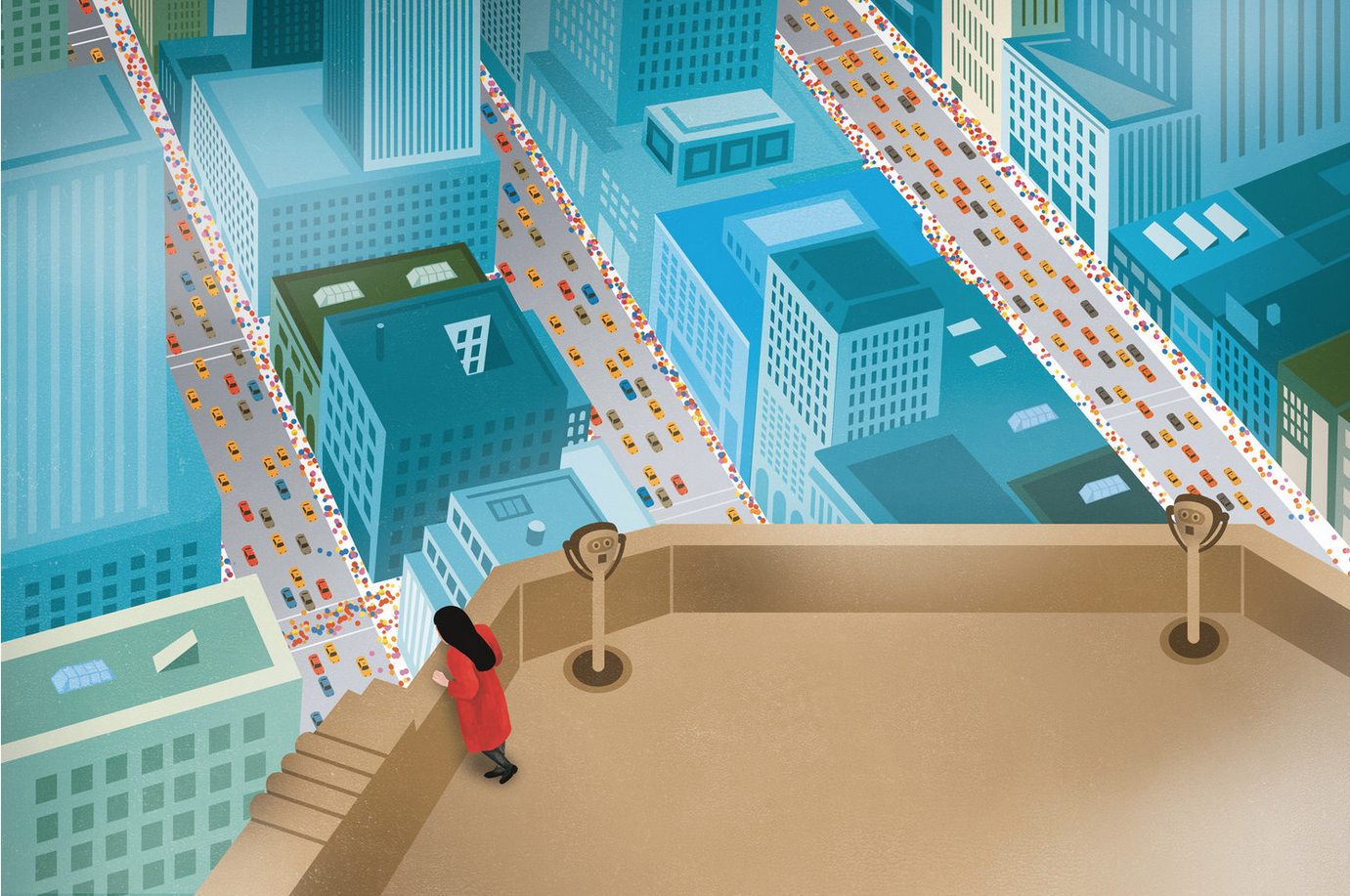 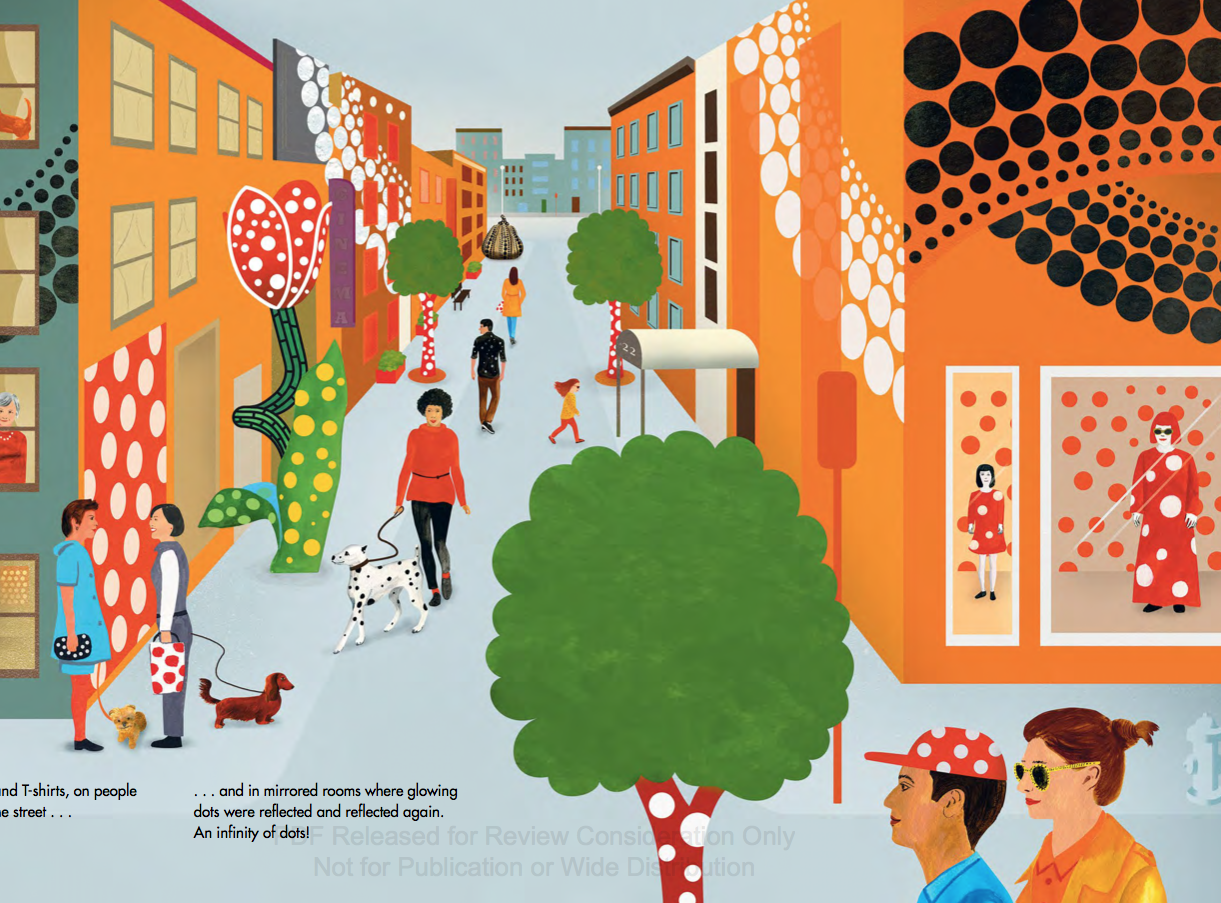 Weinstein shows Kusama’s change in image as she becomes a successful artist, now back in Japan with the red-haired bob that’s she’s famous for, becoming one of the artists whose appearance is synonymous with their image. 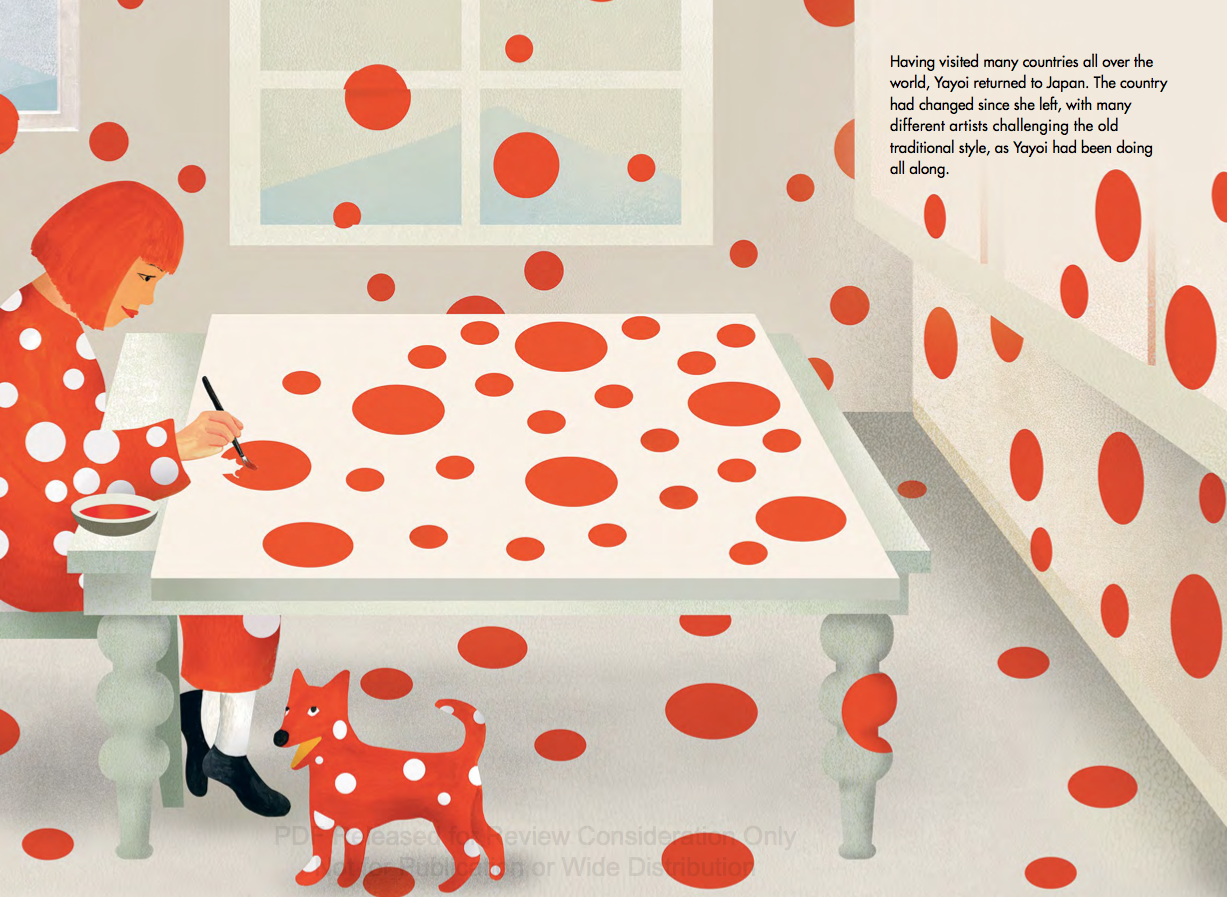 It’s refreshing to have a book on an artist aimed at children which avoids the cute and embraces a contemporary illustrated edge to reflect the artist’s work.

The book also includes examples of Kusama’s artwork for readers to see.