Lauren Child is the 4th illustrator to assume the two year Children’s Laureate role following in the footsteps of Quentin Blake, Anthony Browne and the outgoing Chris Riddell. It’s an honour, a responsibility and a job all in one. She is passionate about speaking out about the importance of creativity  – the subject of her BookTrust Annual Lecture on 19th October.

Creativity, as Lauren sees it, is a life changer

It is increasingly accepted that a lack of creative outlet has a negative impact on our mental health – but while children learn through playing, we don’t let ourselves have this space as adults.  Idle time to experiment and enjoy – to do things for the sheer pleasure of doing them has been squeezed out of our lives and, Lauren argues, we need it back.

It’s not just the wellbeing benefits that joining a choir, sketching or dancing can bring, it’s that trying something creative can open new doors. “There were children at my school who did A level art as a sort of ‘extra’, a nice balance with the academic ones.  And then they realised that art was rewarding and challenging, and suddenly they are in careers in the arts.”  We can all get lost in life – and it’s when we try new things that new areas open up. 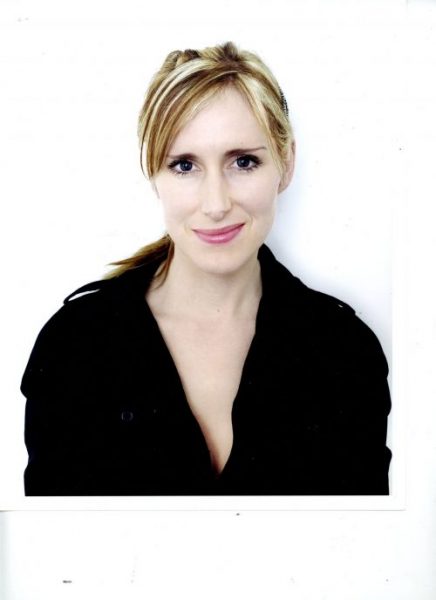 Social media should be inspiring

Lauren acknowledges she has been lost herself – with the pressure of publishing, of needing to sell more books, of speaking at events, of the treadmill of success. It’s easy to become panicked when you believe you are not selling enough or being as successful as everyone else appears to be. Social media plays into this. The insta perfect life or career can put us off our stride. But on the flip side it’s a wonderful way to be inspired by our peers and to know what is happening.  So how do you manage that balance and keep it as a source of inspiration and not feel like a clammy hand of fear? For Lauren the answer is, as ever, being authentic.

“I keep Facebook as a business area”.  It is all about awards, events and professional acclaim – but she says “I never look at it”.  Instagram is more personal. One of the most common questions she is asked is ‘Where do you get your ideas?’ “That question is people asking to be invited right inside your head” says Lauren, who was initially flummoxed as how to answer it.  But now she’s laying out the welcome mat via Instagram. She posts pictures of the very kernel of ideas – something dropped on the ground, a snatch of colour – it’s a generous way to demystify the source of ideas, and share her perspective.

“I wonder if I’d be taken seriously as a painter”

Lauren struggled to find a degree which would satiate her appetite for all things creative – her UCAS form was an index of courses – from Architecture to Ceramics.  On graduating she felt torn between the different disciplines of work – ceramics, design, textiles – and illustration was a random choice.

So does she consider herself an illustrator? “I consider myself to be whatever I am doing at the time, but I know I’d be very unhappy if I didn’t draw, so I think really I’m an illustrator.”  For Lauren particularly having to pick a title feels restrictive, and as she says “I don’t like labels.  We love to define people, and don’t like people to move around.”  But we can’t help but move, and disciplines increasingly warp and weave.  She thinks maybe the titles will dissolve and there will be more mobility between disciplines – as is increasingly accepted when actors become directors and producers.  But there is still a feeling of status – despite starting out as a painter, Lauren questions if she’d be taken seriously as one now.

“Children’s illustration is seen as ‘nice’, but it communicates something of ourselves”

It’s a frustration that children book illustration can be seen as a lesser artform, than say Damien Hirst, whose studio she has also worked in. The skill of children’s book illustration is considerable; “Illustration doesn’t just decorate the text, it takes it so much further – it conveys a darkness, or a lightness, that is not there in the words. Quentin Blake brings a kindness, humour and comfort to the darkness of the Dahl books and I think that’s why his work stuck.”

Children are arguably the hardest audience out there. “Their emotions are so powerful. If they don’t like something they are not going to stick around politely.”  And ‘children’ are not just one category – it’s an incredibly complex audience to speak to. Lauren agrees, “I communicate what’s important to me.  I don’t think about my audience, I please myself first – I can’t please such a diverse audience.”

What publishing gained in commerciality it has lost in softness

Publishing is less collaborative than it was – it’s faster and more about the moment. What it’s gained in commerciality, it’s lost in softness. She speaks almost nostalgically about time discussing ideas with Francesca Dow (Puffin MD who originally published Lauren at Orchard) – but developments in the last 7 years means that everyone in publishing has less time. She works with two brilliant colleagues, an art director and designer. They have the space and time to bat ideas around and let ideas develop organically.

Lauren works in a spare room in her house – having upgraded from a smaller room, which in itself was an upgrade from a desk in someone’s office. She’s about to move to a studio – presumably, in part because she spends one third of her time looking for something. “There is no space!  My desk is covered, and I hate mess.”  She writes in bed (fully dressed), a habit that started when the central heating broke one time, and continued because it’s the most comfortable spot (who can argue with that?).

“When there is a problem I fiddle”

I asked how she overcame creative challenges. “Often people don’t appreciate that when you can see something in your head, you just can’t get it on the page right.”  Lauren remembers visiting Judith Kerr, who was struggling to draw something and had tried so many variations – Lauren, looking on enviably at wonderful Judith Kerr illustrations couldn’t understand why she wasn’t happy with the image – “but it didn’t look right to her, and that’s what counts.”

Lauren works on lots of illustrations at the same time and not in any order, so she can work on which ever image calls her. When there’s a problem she fiddles.  “If that doesn’t work, I move on.”  Her use of collage helps too – she moves things around to find the answers. It has never worked to rough things out, to have a plan – she gets bored and stuck – it’s all in the fiddling. She finds the accidents are where things work, “I might cut out a character and put it on my skirt while I play around, and then I look down, and it looks great, and suddenly I’m photocopying my skirt”.

I asked rather pretentiously if illustrators had a responsibility – “To their own work”, she replied. Integrity is all, and she has concern about the commercialisation of the industry and whether there is enough support for illustrators who don’t fit the mould but have profound things to say. “Do we get how diverse and mind stretching this art form is?”  She is looking forward to getting under the skin of emerging illustrators, of seeing new work, and feeling the industry evolve as part of her role over the coming years as Laureate. Inspiring, passionate and authentic – we can only look forward to what Lauren will bring the industry.

Who are the three people whose work has inspired you?

1. Edward Gorey – for teaching me how to bring strangeness and humour into a piece of work.

2. Quentin Blake and Ronald Searle for their use of line in such a wonderful way.  They have a timelessness in their illustration and an animation that designers look for.

3. Maria Kalman, an American illustrator, artist and writer who gave me the courage to be more daring.

What three tips do you have for your illustrator peers?

2. Look at other peoples work – but beware of imitation. You’ll get work if you imitate, but you won’t find out what makes you you.  It’ll be a struggle to work the imitation out of your work, and just leave the essence, but you must.

3. Experiment with materials.  Stretch yourself.  Challenge yourself out of your comfort zone.  ‘How to be a Poodle’ is a totally different technique to Charlie and Lola.

Lauren Child is a multi-award-winning, bestselling writer and artist. She is the creator of many much-loved characters, including Clarice Bean, Ruby Redfort and Charlie and Lola. She is a passionate advocate for visual literacy and the importance of quality picture books for children.

Her first two books were published in 1999 – I Want a Pet and Clarice Bean, That’s Me, and she won the prestigious Kate Greenaway Medal in 2000 for I Will Not Ever Never Eat a Tomato, the first of her Charlie and Lola picture books. Lauren published her first Clarice Bean novel in 2002 – Utterly Me, Clarice Bean. The Clarice Bean series has sold over 6 million copies worldwide.

In Autumn 2011, the first book in Lauren’s Ruby Redfort series, was published by Harper Collins. Ruby is a smart-talking, code-cracking, girl-spy genius, who together with her side-kick butler solves mysteries and helps rid the world of evil villains.

She was awarded an MBE for Services to Literature, is a founding trustee of the House of Illustration and was named a UNESCO Artist for Peace in 2008. 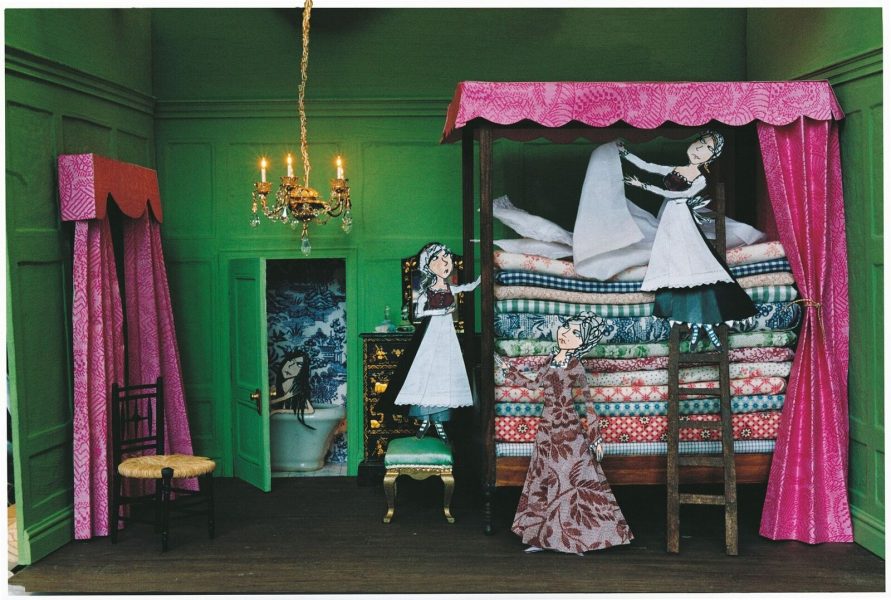 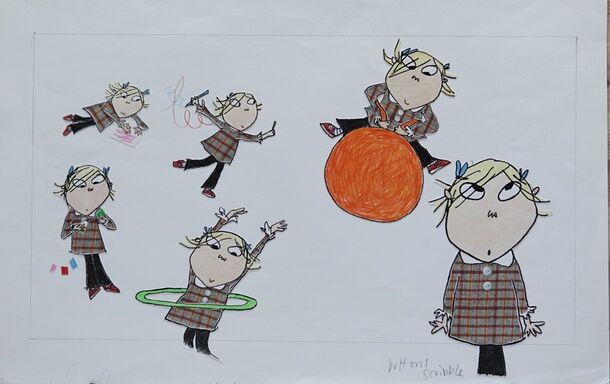 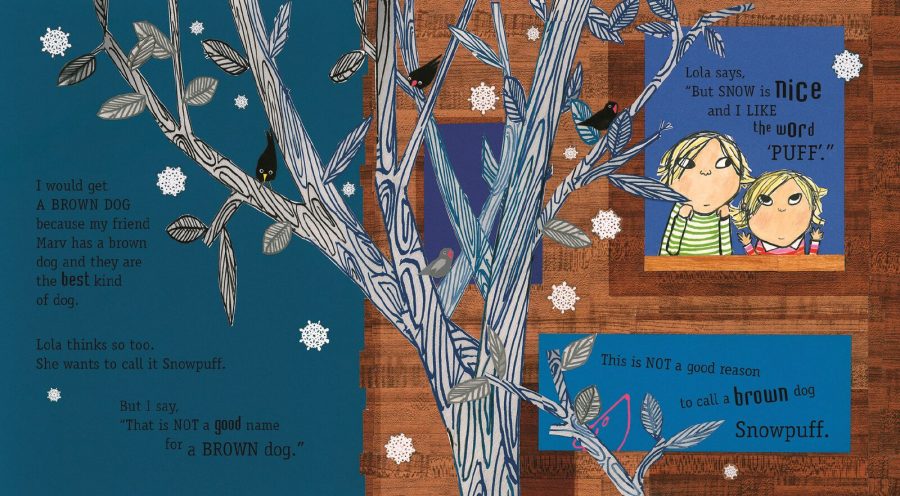 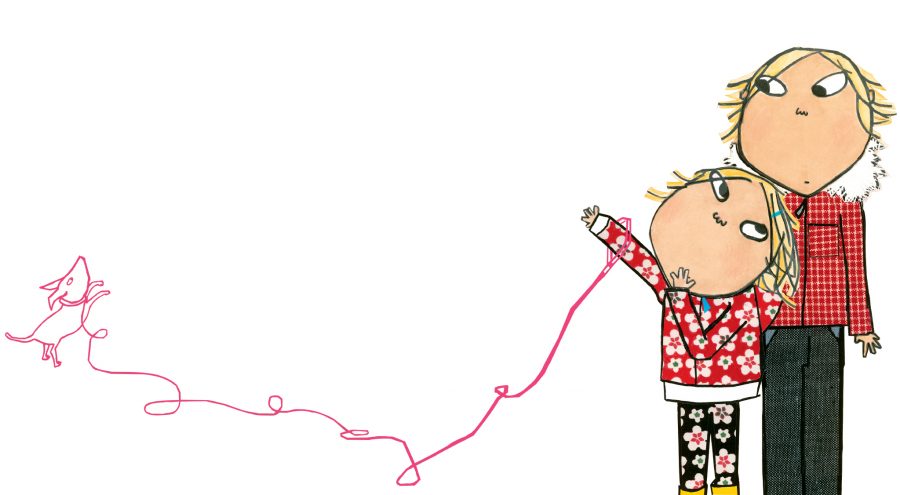 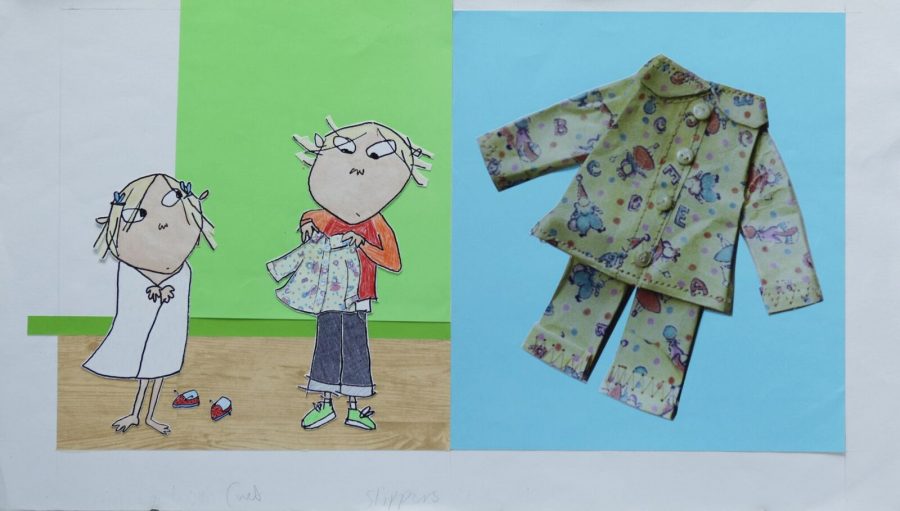 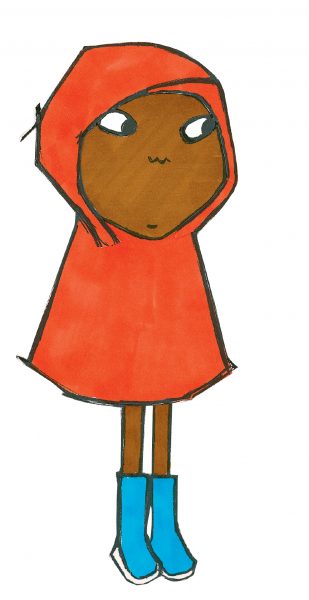 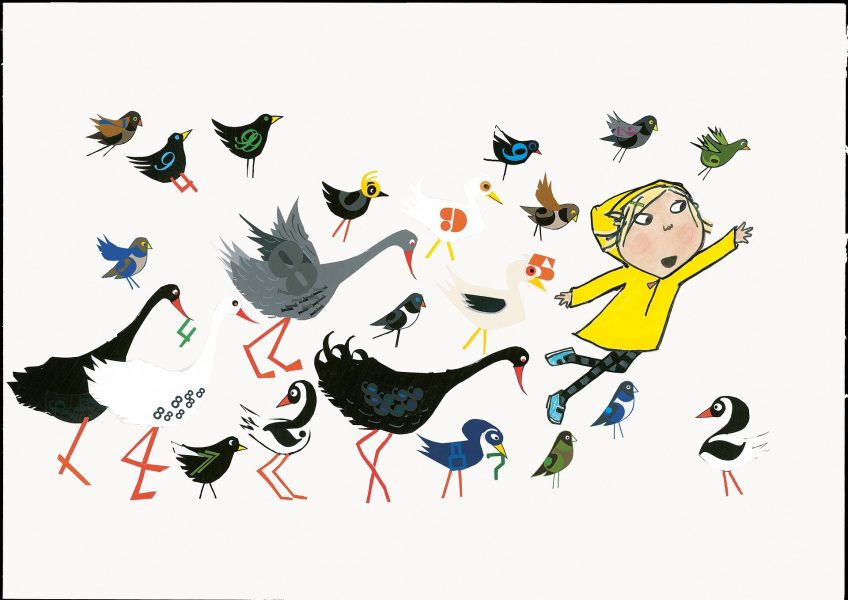 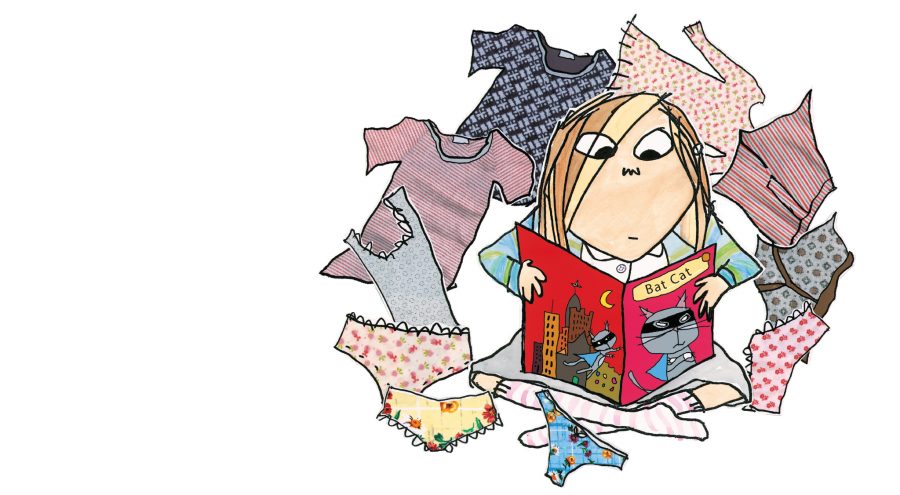 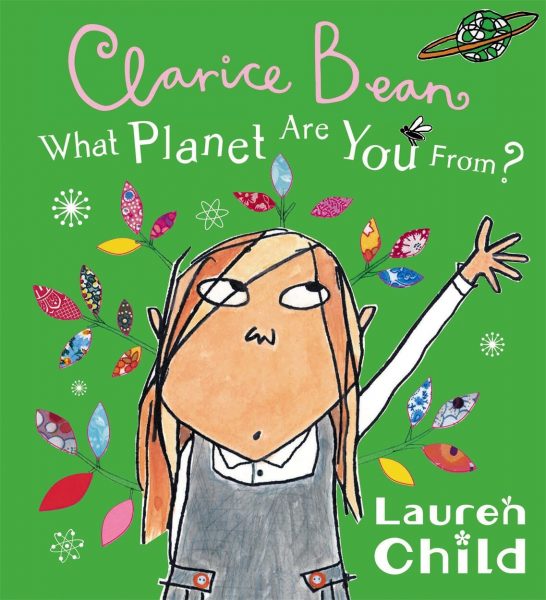 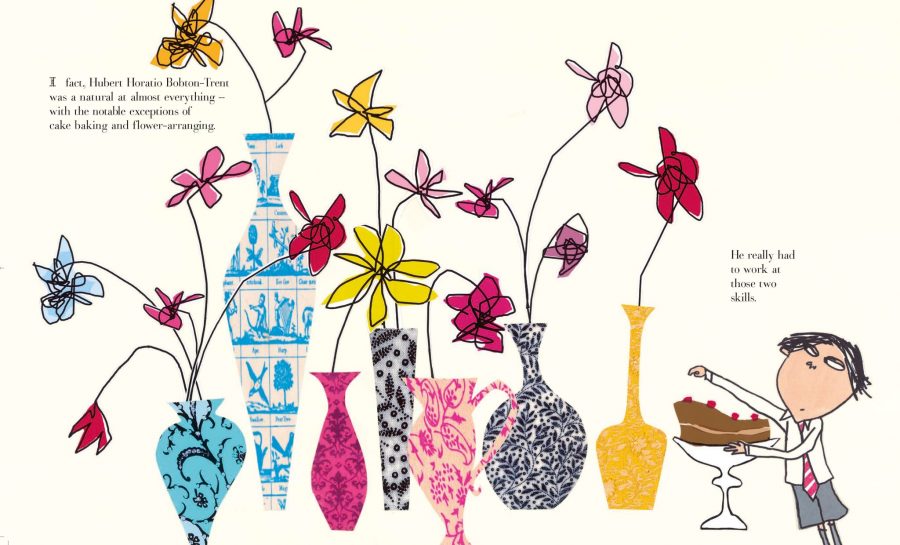 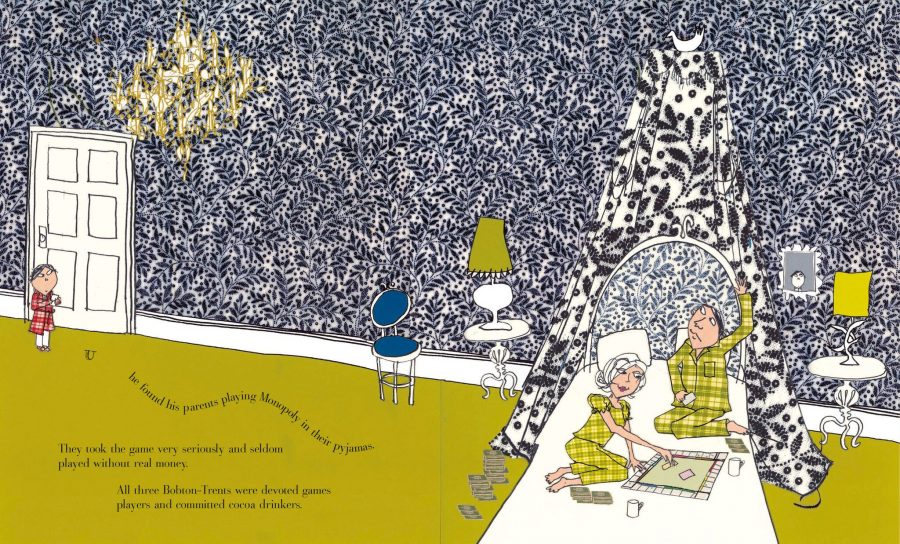 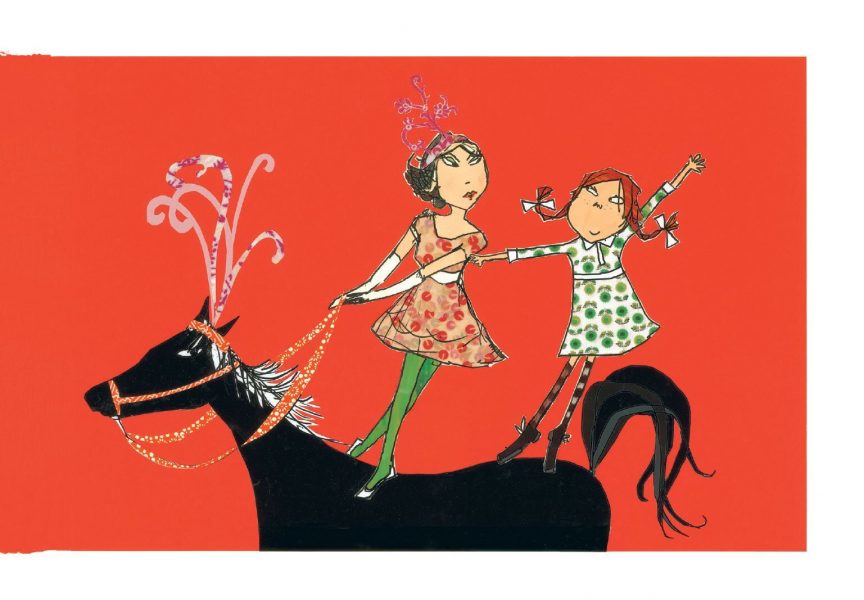 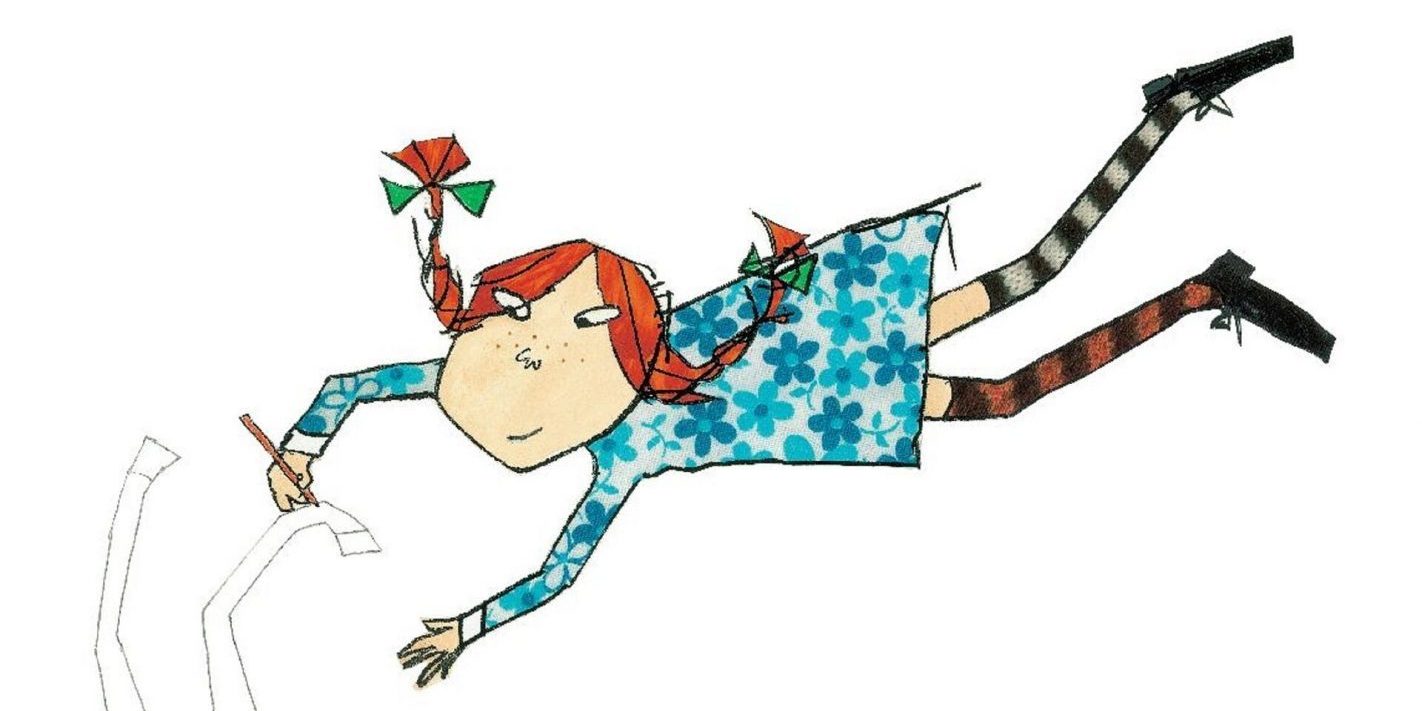 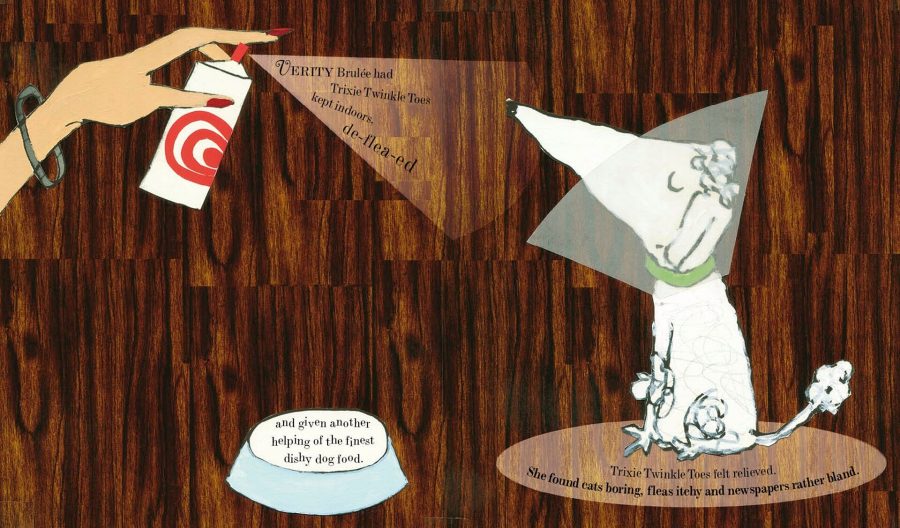