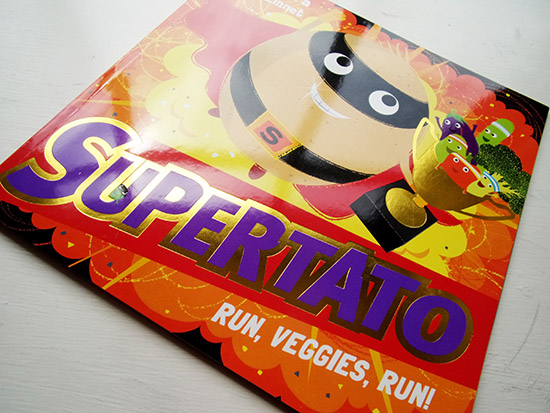 We’re big fans of Sue Hendra in our house. We’ve done Barry, Norman, Keith and Doug, but for some reason, we’ve missed out on Supertato previously. Supertato – Run, veggies, run, is the third book in the series (not counting the story released for World Book Day in 2016) and finds Supertato organising a sports day for the fruit and veg in the supermarket. The promise of prizes is enough to get everyone to take part, but the Evil Pea decides he wants the prizes for himself and concocts an evil scheme… 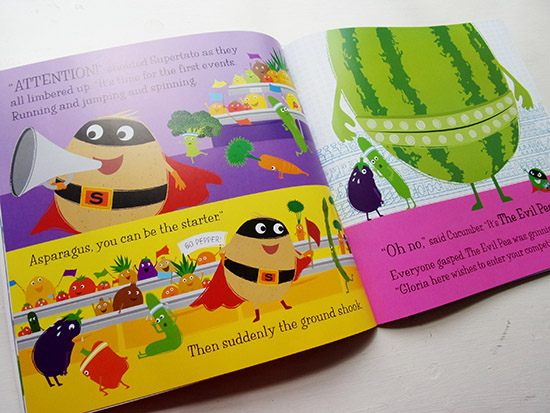 I read this book with my daughter who’s four and as her first introduction to the series she really enjoyed it. She couldn’t pick out a favourite bit of the story because she liked it all, but she did pick out the Evil Pea as her favourite character because “he’s silly, he thinks he can dash”, and she was happily pointing out background characters she found amusing throughout. 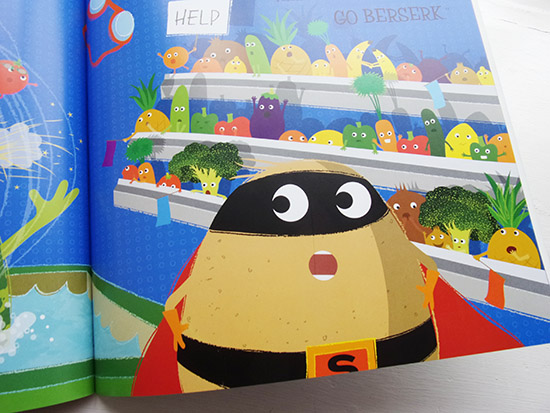 I really liked it too – the story is fun, the illustrations are bright, colourful and energetic. Sue has quite a distinctive illustrative style, so if you’ve read any of her previous books you’ll have a good idea what to expect. Coincidentally, the Evil Pea was my favourite too, and we’ll be picking up the other books in the series to see if there’s an origin story there somewhere. 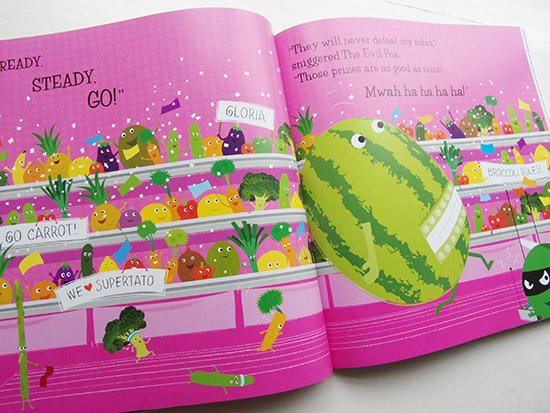