The AOI’s MD, Ren Renwick, and Projects Manager, Derek Brazell, attended the Bologna Children’s Book Fair which was held 3-6 of April 2017 to promote the AOI and meet with the European Illustrators Forum representatives to discuss potential projects for the Forum. 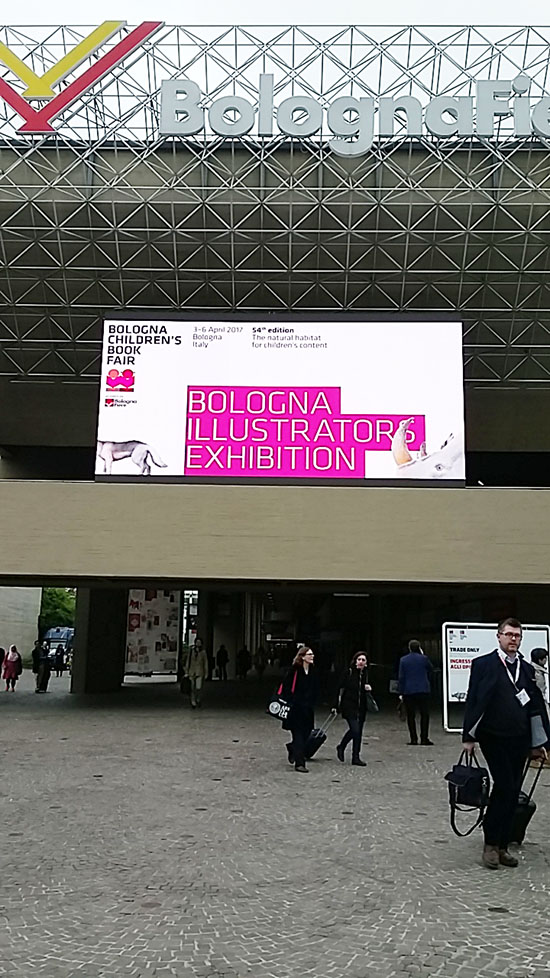 The Fair appeared busy and there were a noticeable number of illustrators visiting to promote their work and meet publishers. 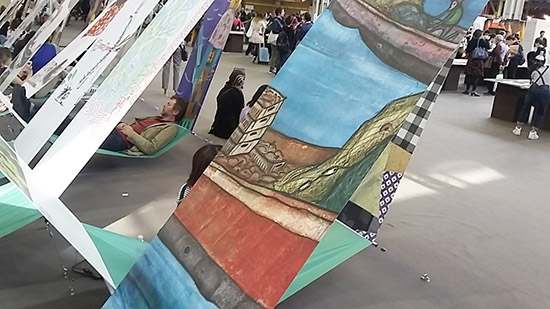 Some work from the annual Illustrators competition was ingeniously turned into ‘hammocks’ of artwork which attendees took advantage of! 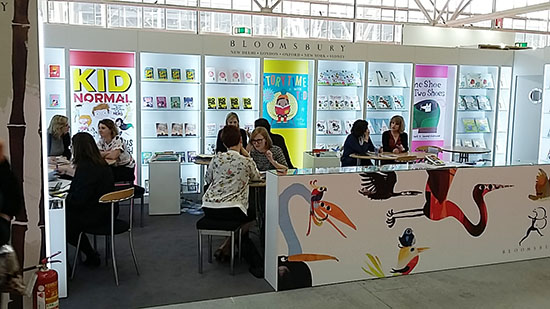 There were publishers from all over the world with a variety of stands, all making deals with other publishers. 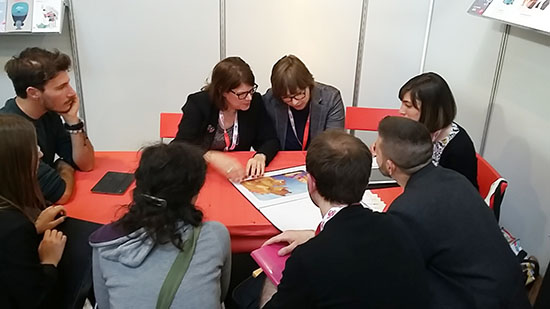 The European Illustrators Forum shared a stand with the Italian organisation, Autori di Immagini (AI) and Derek gave a talk on Pricing illustration with Paolo Rui of AI at the stand. AOI Agent members gave their time for a Portfolio consultation with illustrators from the Fair (above).

Derek and Paolo also gave talks to a busy Illustrators Corner crowd on Fair contract principles and Self Promotion for Illustrators. 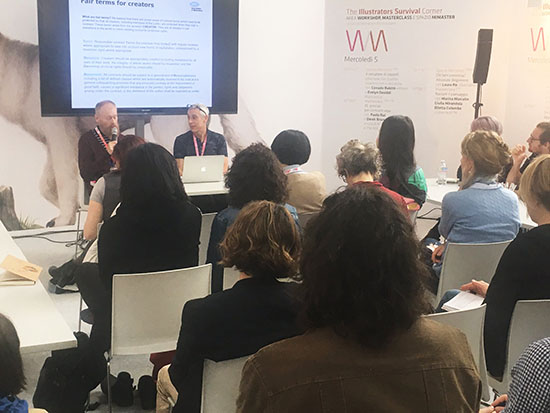 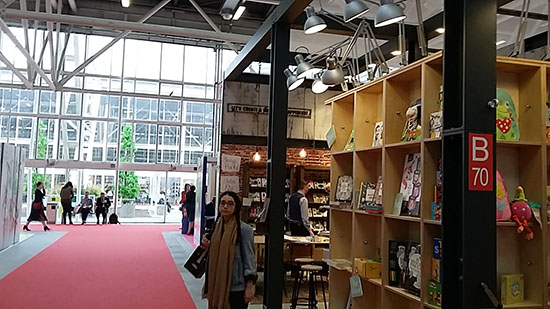 Bologna is a beautiful town with an old centre with many place to wind down after the daily Fair. 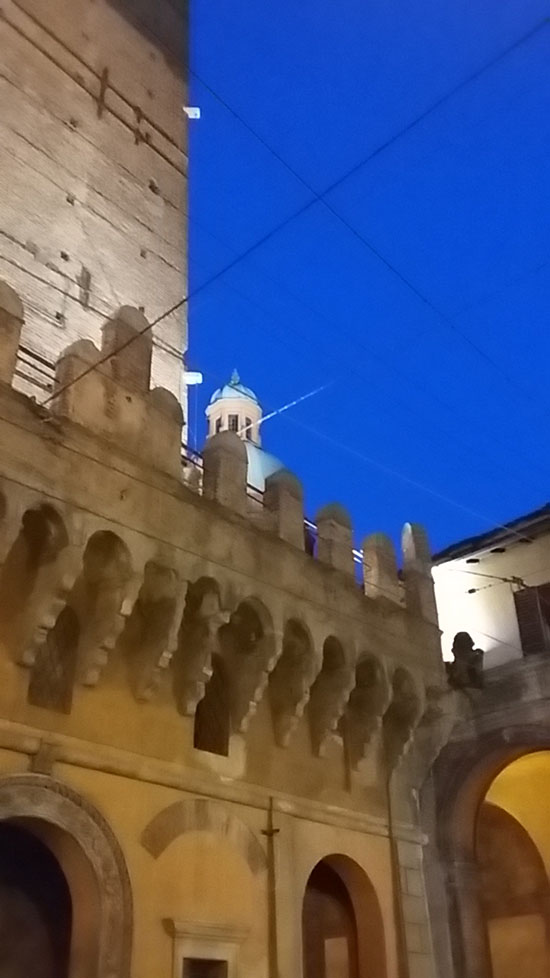