Written and Illustrated by Nils Pieters 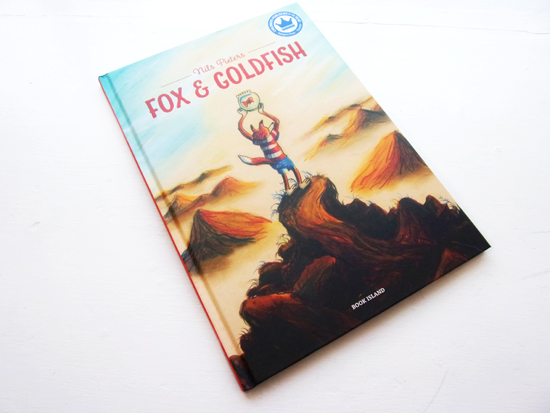 Bereavement is always a tough issue to tackle in children’s books, but Fox & Goldfish by Nils Pieters manages to be a refreshing and expressive take on the often avoided subject. The story centre’s on a Fox and his relationship with his dying friend Goldfish and his quest to show Goldfish the wonders of the world before he departs his fish bowl for good. 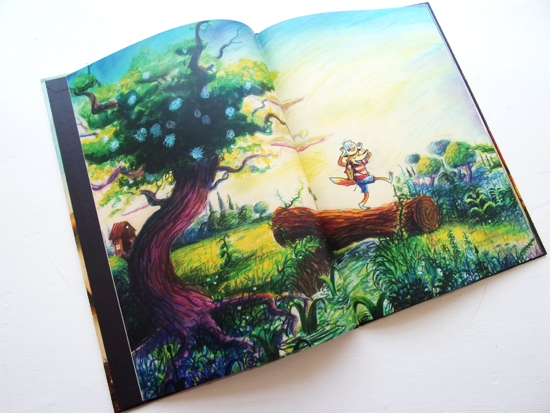 My first impression of this book is how vivid it is, Pieters’ illustrations have a child-like quality to them that contrasts the sad theme wonderfully. The illustrations are full of happy scenes of Fox taking his friend on various outings, from motorcycling through the Grand Canyon to skiing in the Alps; the book contains hardly any words but it ends up working well with the scenic spreads that say enough on their own. Thick coloured pencil is scribbled across painted landscapes, forests are swathed in emerald green, Mount Fuji leaps out in cerulean blue. Peiters isn’t afraid of putting raw colour on a page and it certainly makes an impact. This boldness ties in nicely with Fox’s mission to help create an unforgettable trip for himself and his friend, and helps teach children that holding onto great memories is an important part of getting through a loss. 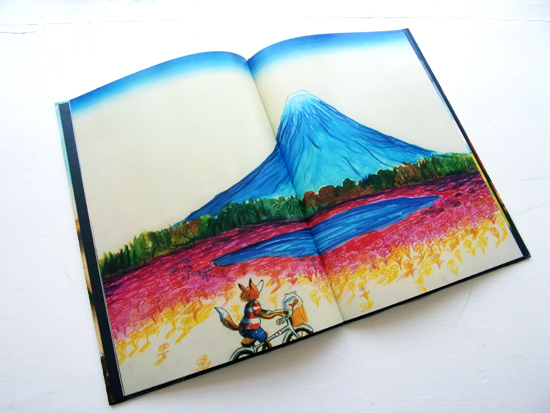 I had the opportunity of showing this book to a class of 8-9 year old’s and their reaction was positive. At the start of reading they knew the pair were travelling the world together and enjoyed the bright illustrations. But by the end they understood that Goldfish was dying and were upset but accepting. They commented on how Fox was so loving to think of Goldfish and what he would need to see before he died, but also how Fox had made memories to remember him by. Overall Fox & Goldfish is an uplifting tale on loss which children will enjoy for it’s rich colours and heartening themes of friendship and remembrance. 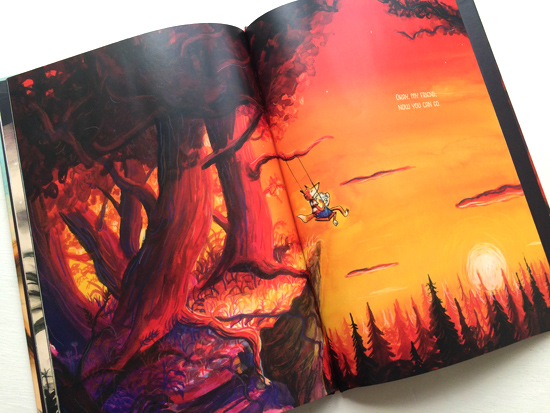