Judges claim Laureate Chris Riddell is “at the height of his powers” as he wins for The Sleeper and the Spindle.

Chris Riddell becomes the first ever triple winner, winning the CILIP Kate Greenaway Medal for his illustrations of Neil Gaiman’s retelling of the Sleeping Beauty fairy tale, The Sleeper and the Spindle. Riddell also becomes the first reigning Children’s Laureate to win either Medal. 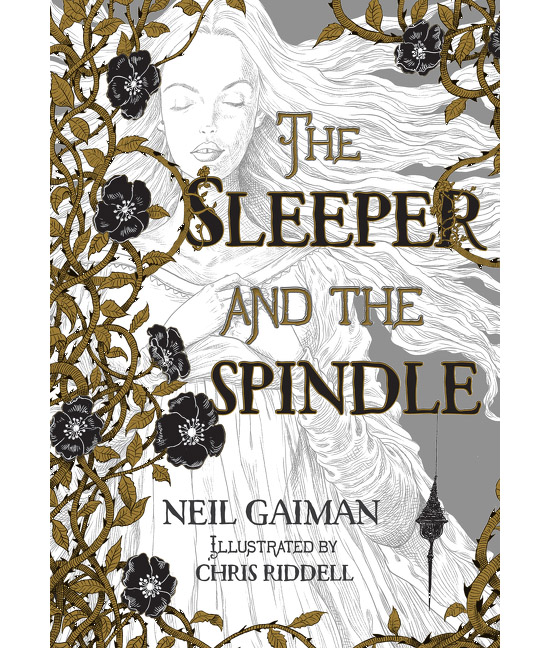 His previous Medal wins came in 2001 for Pirate Diary and 2004 for his adaptation of Jonathan Swift’s “Gulliver”. Speaking of his record third win, Riddell – for whom the support of libraries is a central theme of his Laureateship – said he was “honoured and humbled” to accept the award, going on to praise librarians as “pretty amazing people […] they love turning children into readers by teaching them one of the most important life skills you can acquire, which is reading for pleasure. Not SATs tests, or attainment levels, or league tables but the joy of losing yourself in the pages of a good book.” He said he was humbled that Neil Gaiman had chosen him to illustrate his “wonderful story…from all the talented…young…good- looking…fashionable illustrators he could have chosen.” He also thanked his publisher, Bloomsbury, for “giving me 96 pages and gold as a second colour.” 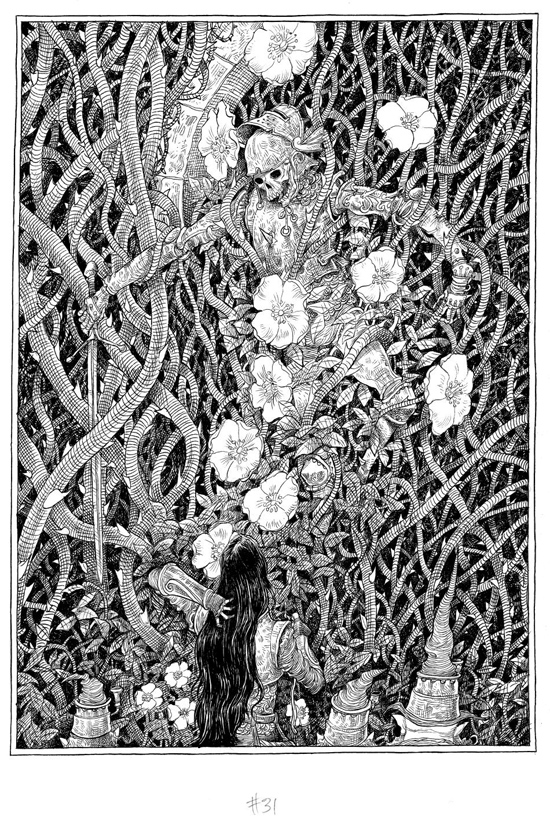