News / Do You Miss Your Country? – book review 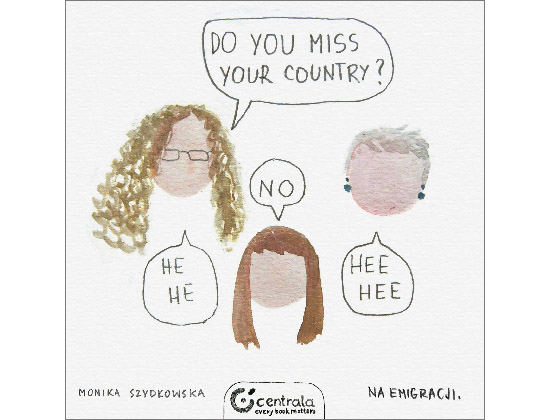 It’s in today’s headlines, but has always been with us; the movement of people from their country of origin to one either nearby or in another part of the world. Different cultural and linguistic backgrounds can present challenges for newer and existing residents of a country, and Do You Miss Your Country? arrives in a timely fashion, adding some insight and humour to the predicaments which arise for Polish immigrants to the UK. 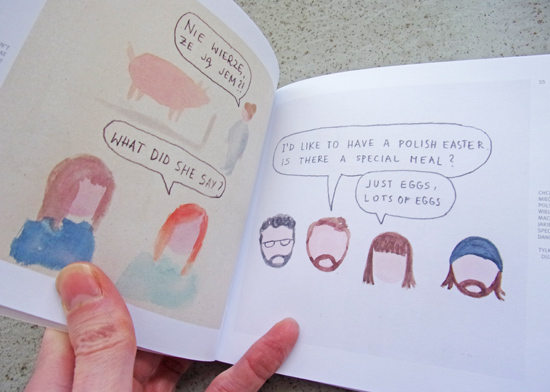 The chunky square book is made up of one water-coloured cartoon illustration per page, with speech bubbles in either English or Polish (with handy translations at the side), and depict faceless characters interacting, or mis-communicating with each other over a host of topics. The lack of facial features  interestingly allows for a wide identification with all those depicted. The reader can see themselves as a Pole dealing with British idiosyncrasies or as a Brit putting their foot in it in response to a misunderstood comment from a Pole (or as an older British woman says, “I don’t know what you’re saying, so I’ll just say yes”). Exchanges between Poles give an amusing view on the complexities of living in a country where life is not as you are accustomed to, and other comments can be quite touching (“Sorry, I’m from Poland, I’m not used to people saying nice things”). 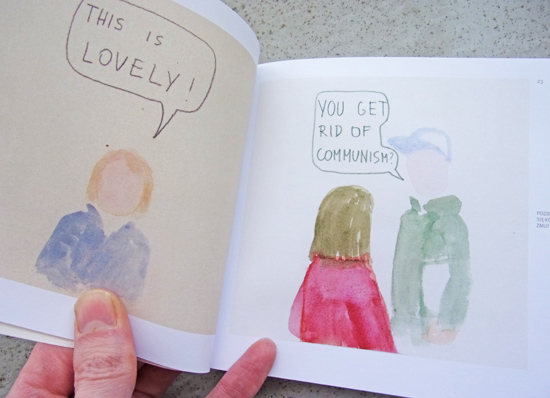 Monika Szydłowska’s light touch images and text convey character without being too specific, and interspersed throughout the book is a brown haired character who may be Szydłowska herself – Skyping with her mum from the UK, talking with friends in bar. The book is based on the blog Na emigracji which she has been running for several years, documenting the specific experiences of living in a new country, which nevertheless become universal experiences of communication (and its flipside). It’s fun and illuminating. 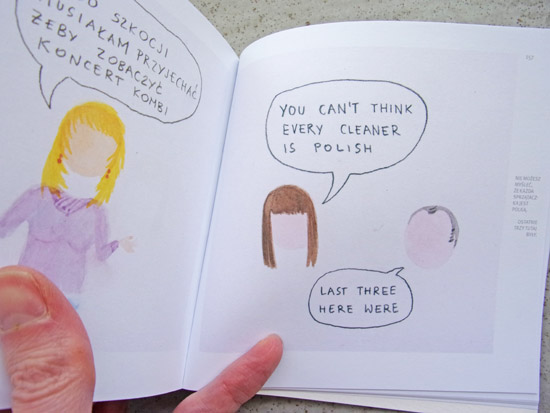 The Big Adventure of a Little Line