By Andrew Rae and Catherine Ingram 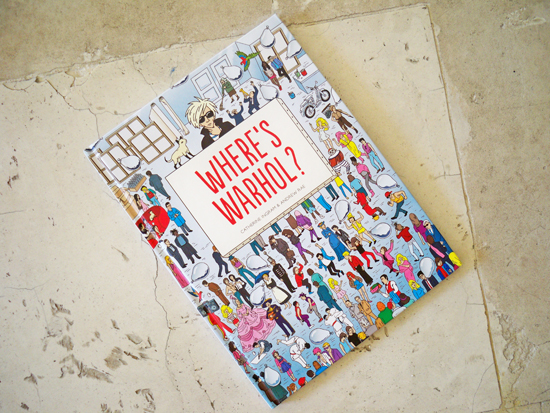 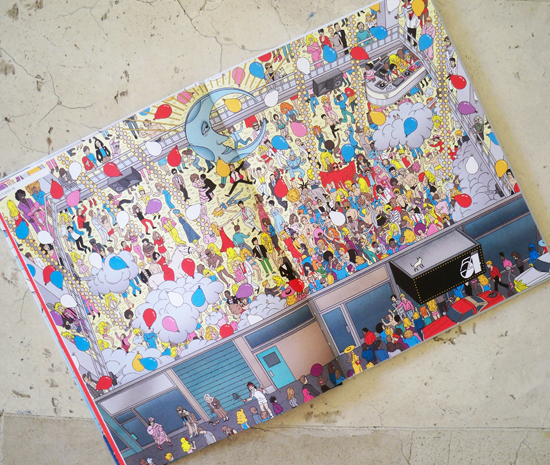 Where’s Warhol is a perfect blend of fact and fiction – visually exciting and historically accurate. Each page is a spectacle, as Warhol travels back to some of the most momentous events in art history. Along the way, Warhol is joined by a whole host of familiar faces, and as any self-respecting celebrity would, name-dropping is essential. It’s just as much a game of who’s who, so if you’re not in it, you’re just not that famous. 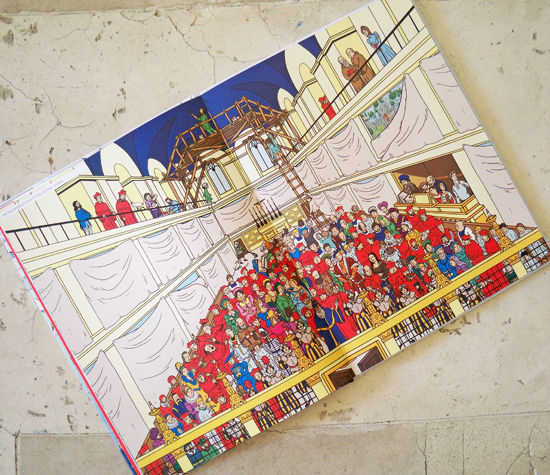 Warhol visits Michelangelo painting the Sistine Chapel, witnesses the Execution of Marie Antoinette, makes an appearance at the Bauhaus school and parties with Keith Haring and Jean-Michel Basquiat in 1980s New York. Paul Klee, Salvador Dali, Anthony Gormley, Francis Bacon, David Hockney, and many more, grace the pages, all connected to the scene in some way and at some point in time. 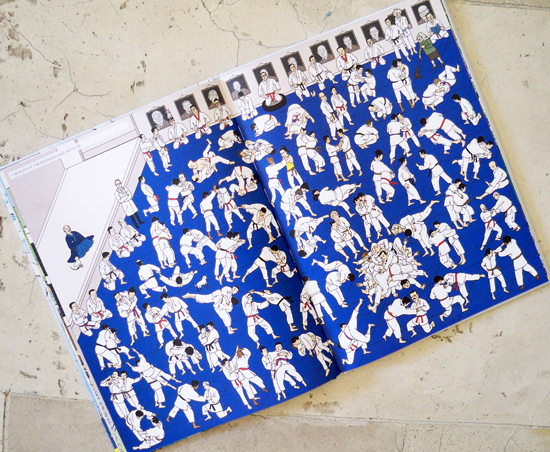 It’s not too difficult to find Warhol; on average it took me 2-3 minutes on each page, the real fun lies in finding his famous friends. Celebrities are hidden within the crowds, with cameos from John Lennon and Yoko Ono, Arnold Schwarzenegger and Madonna. A topless Vladimir Putin is spotted asserting his masculinity, mid fight with Japanese president Koki Hirota, amongst many Judo fighters, at the Kodokoan Judo Institute. 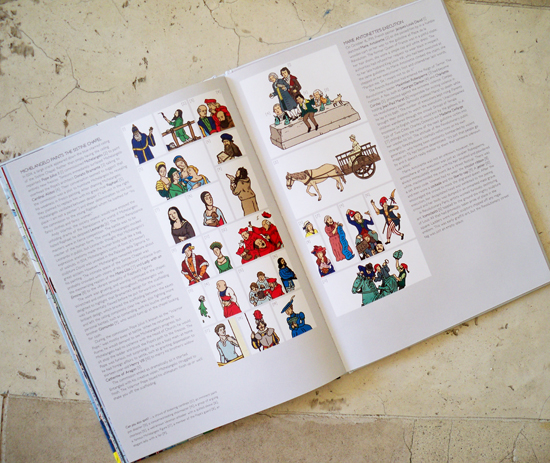 The end pages contain a chart for each scene and a mini essay, dissecting it to reveal characters and hidden narratives within. Each character in the chart has visited the scene at some point in time, from Pink Floyd in Pompeii, with their flying pig balloon to the armed police shutting down the Bauhaus school, and a crowd of bickering cardinals in the Sistine chapel. 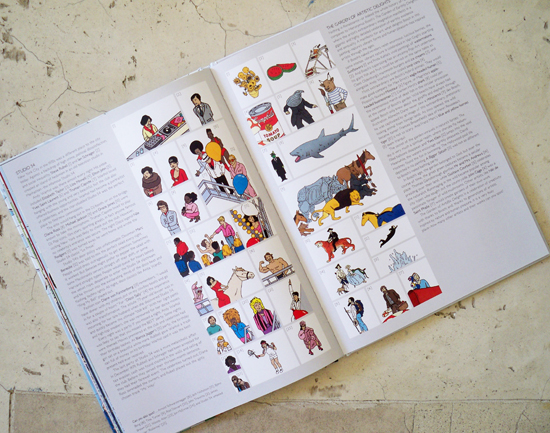 The charts are a great way to end, incredibly useful and informative. I found it interesting to read about the link between person and place. The Garden of Artistic Delights is a wonderful amalgamation of Damien Hirst’s shark is a fish out of formaldehyde, surrounded by Picasso’s Sunflowers and Duchamp’s Urinal – and Yves Klein is seen jumping into the void, as you do. But with the help of the chart, it all makes perfect sense. However, I found myself going back and forth to cross-reference, which disrupted the flow of the book. 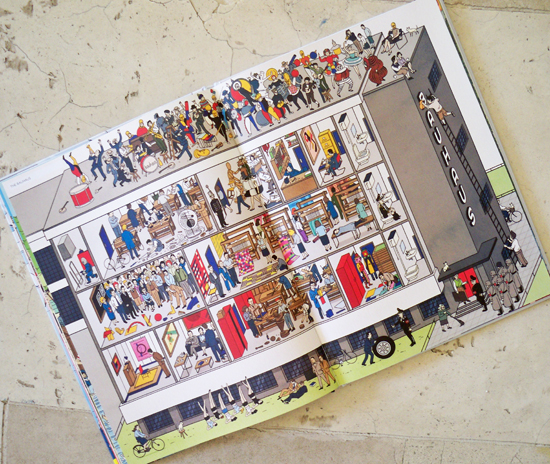 For an entirely visual book, Where’s Warhol creates a lot of buzz and conversation. On my own, I found myself being a bit impatient trying to find an unknown amount of people, but it’s a lot more fun to do it with another person or in a group. Everyone has knowledge of different things, and each age group might know something different, or spot something that others wouldn’t. It’s light-hearted fun for all ages.