We’ve exposed another issue of Illustrators Magazine from 1980, Issue 34 – Humour Issue, as we’ve been discovering previous issues in the archive of the AOI membership publications. 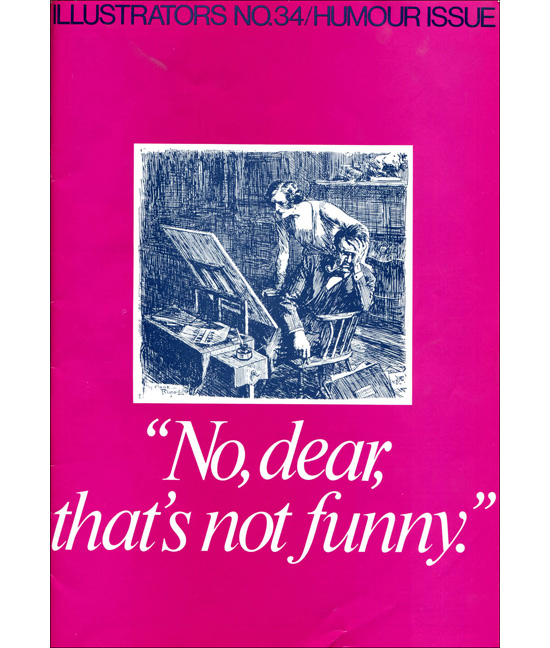 The cover features an illustration of a women looking at a canvas over a mans shoulder above the quote “No, dear, that’s not funny”, the illustration is by Frank Reynolds from his book Humorous Drawing for the Press, the AOI explores humour as an element of illustration, focusing on various aspects of the subject through a selection of artists and designers. The Humour Issue features work from the 1970s, including the illustrations of Phil May and others which specialised in this area. 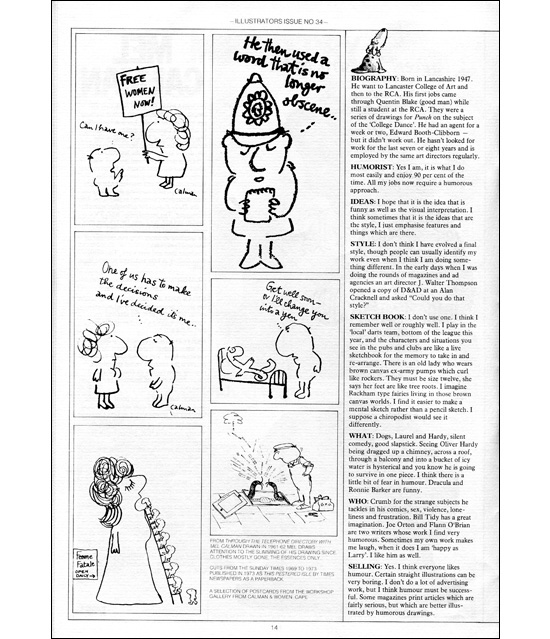 Five humorous illustrators were asked questions about humour, to which they responded in their own ways, but only to reach much of the same conclusions. The Humour in Illustration shares Q&A’s with Paul Sample, Mike Terry, Mel Calman, Joseph Wright and Arthur Robins. Mel Calham’s work became more refined to the point where a few lines and commentary were all that was necessary for him to visual the humour of a situation. The illustrations resemble the essence of reality, he is a cartoonist, who’s “drawing style has slowly become more relaxed and easy going, foil to the hit of the idea and the words, the words now in manuscript and part of the picture”.

Here are some extracts from the Humour in Illustration article:

Mike Terry is asked what his own comic inspiration is, he responses with “the unexpected, the surrealism that abounds, those things that border on bizarre” and states “the work evolves the humour, there are elements for exaggeration that are seized upon” 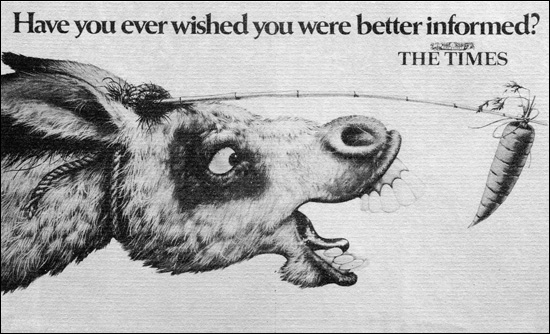 Illustrator/Humourist Joseph Wright recalls his first jobs came through Quentin Blake while still a student at the RCA, “they were a series of drawings for Punch on the subject of ‘College Dance’. Joseph is asked how his style emerge to which to replies “I don’t think I have evolved a final style, though people can usually identify my work even when I think I am doing something different. In the early days when I was doing the rounds of magazines and ad agencies an art director J. Walter Thompson opened a copy of D&DA at an Alan Cracknell and ask “could you do that style” 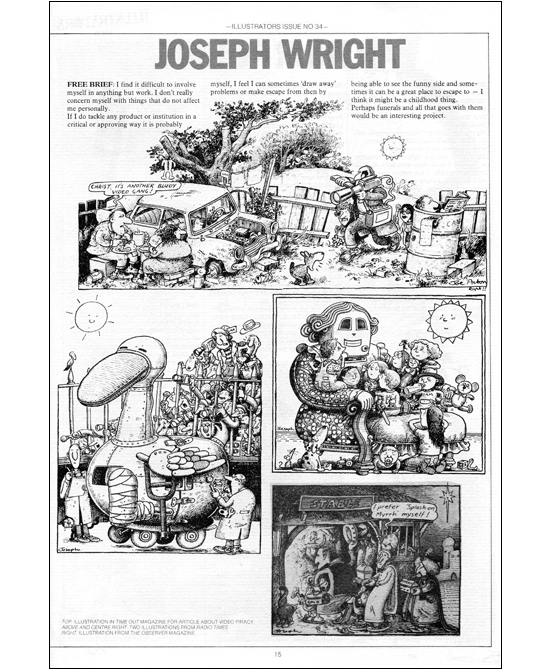 Arthur Robins is asked whether his own style or the ideas that are funny, to which he responds “I’d like to think it was the idea. I seem to work for a circle of friends who tend to give me a free hand. In the early days I was asked to do Alan Cracknells, Norman Rockwells, Rembrandts etc. – you know plagiarism is quite legitimate practice in the trade – almost an industry in itself”. 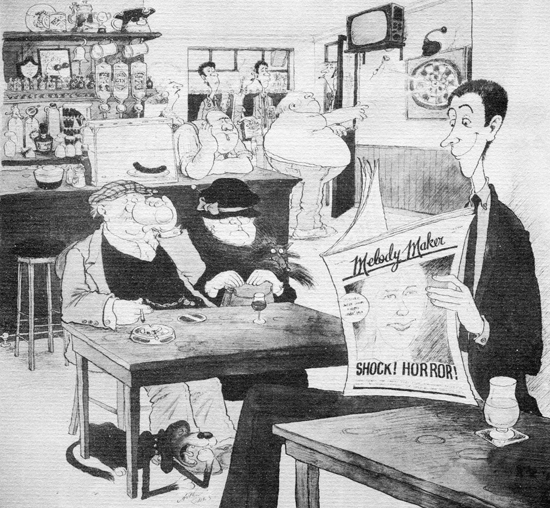 Robins shares an experience that suggests that humour does sell, “I went to Germany to do a job. The art director wore metal frame glasses and was very serious. He said unsmilingly “This must be the funniest drawing you have ever done.” I went back to  my hotel and did the drawing and took it to him. He asked me if it was funny, again totally unsmiling. I thought if I say “No” he is going to ask me to do it again, so I said “Yes, very funny” and he took the drawing and put it on one side without saying anything.”