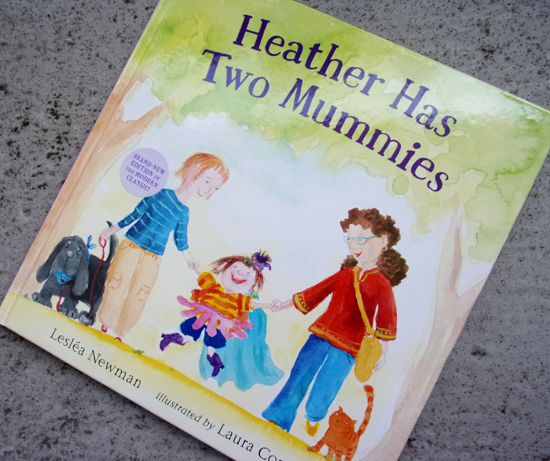 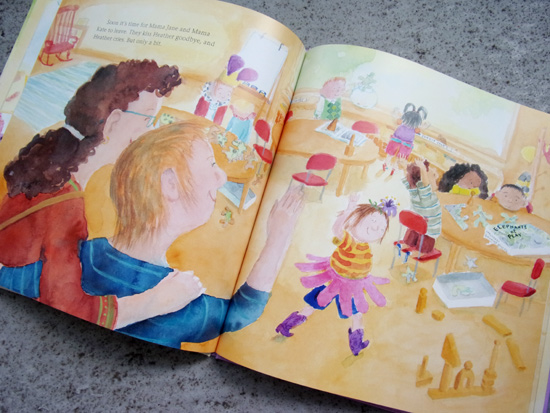 Little Heather is having a great time with her two mums. They’re preparing her for her first day at school, which soon comes up. In the classroom the children discuss their families and what jobs their parents do, which results in the teacher suggesting they all draw their own families. The resulting mixture of family units is diverse and entertainingly presented in the artwork. 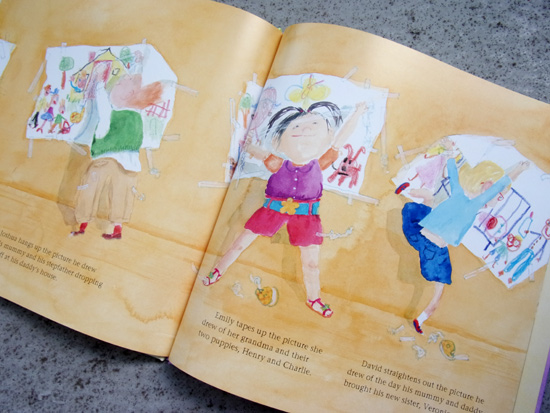 The exuberant watercolour illustrations from Laura Cornell really come into their own in the school scenes, with the kids tucking in to their creative exploits, full of character and expression. These keep a lightness of touch to the whole book, which should allow questions from curious youngsters to arise naturally. On viewing the children’s painting of their families, the teacher’s conclusion, that all types of families are special and loving each other is the important thing, is no surprise to adult readers, but surely an observation that deserves repeating. 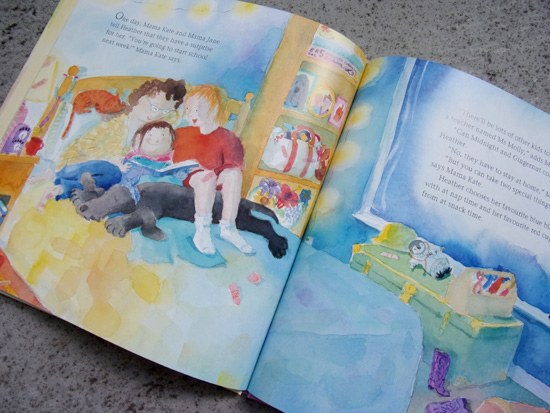 Kristin Pekoll, assistant director for the American Library Association’s Office for Intellectual Freedom, told CNN that Heather Has Two Mummies has been challenged 42 times by legislators and parents wanting to remove it from local and school library shelves. Varoom 29 contains an article on challenged children’s books, with comment from the illustrators and writers.