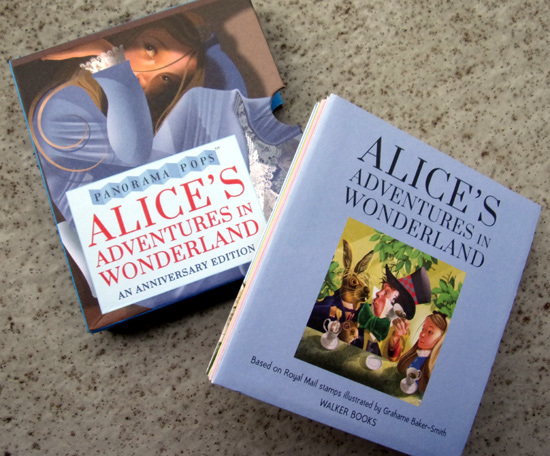 As we’ve seen in the book Illustrating Alice, the famous character of Lewis Carroll’s Alice’s Adventures in Wonderland can be interpreted in a multitude of ways. Here, illustrated by Grahame Baker-Smith, and based on his commemorative stamps for the 150th anniversary of the book’s publication commissioned by Royal Mail, Alice is an implacable girl even when falling down the rabbit hole. The concertina book is made up of ten extracts from the story, and serves as a taster for the full version of Carroll’s tale. 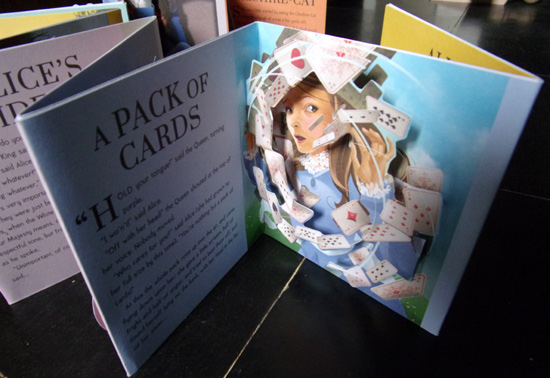 Baker-Smith’s contemporary take on Alice’s Adventures in Wonderland is made up of tightly composed square images (as befitting their stamp origins), and the paper engineering by Richard Ferguson lifts characters subtly from their backgrounds, most effectively as the ‘pack of cards’ go for Alice in a whirl. Baker-Smith adds a touch of intricate lace to Alice’s costume, hinting at an element of sophistication in her character as she dwells on the ‘Drink Me’ bottle or observes the Cheshire Cat. This snapshot of Alice’s adventures is an interesting addition to the cannon of Alice interpretations. 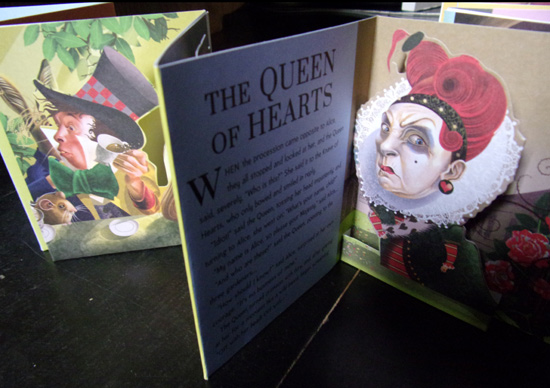