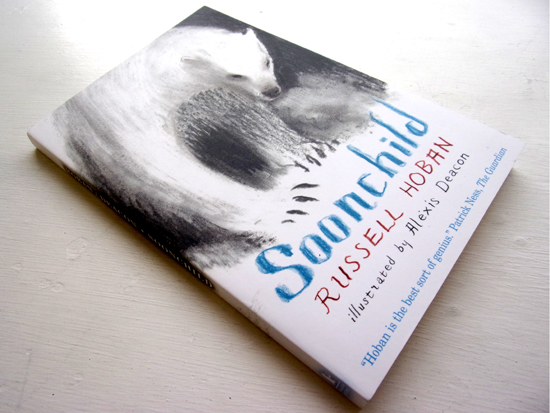 Soonchild is a young adult novel recommended for ages 14+, and is one of the last books written by Russell Hoban before he passed away. The narrative is inspired by and based on Inuit mythology, and centres around Sixteen-Face John, a shaman from “the cold, cold north” who has lost his way in a modern world of magazines and coca-cola. When his daughter Soonchild refuses to be born because she cannot hear the ‘World Songs’ which coax unborn children into the world with their promises of all the beauty it holds, John must begin a shamanistic quest to retrieve them. 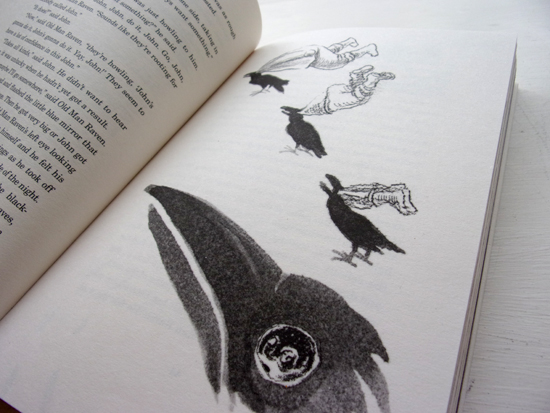 Alexis Deacon has provided expressive black and white illustrations throughout the book. His bold use of light and dark makes a big impression, and the colourlessness of the imagery invokes the coldness of the environment well. The illustrations can safely be considered just as important in forming the narrative as the text. Consequently Soonchild feels like a hugely collaborative effort- without Deacon’s imagery adding to the text, the story and overall feel of the book would simply not be the same. At times the book takes on an almost graphic novel-like quality, as illustration takes over completely from the written word to form sections of the narrative. These wordless sections are often left deliberately vague and thus very open to interpretation, which suits the dreamlike nature of the story. 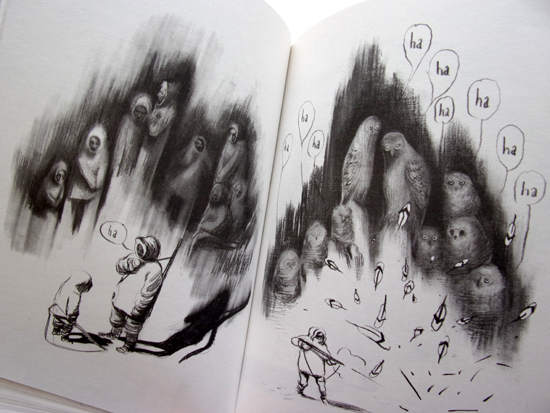 This dreamlike quality is also reflected in the way that the illustrations are placed within the book. Deacon’s loose pencil and ink drawings flow across the page and interact with the text. Some pages are without pictures, some feature spot illustrations, and every now and then it is a joy to turn the page and reveal a full double page illustration. 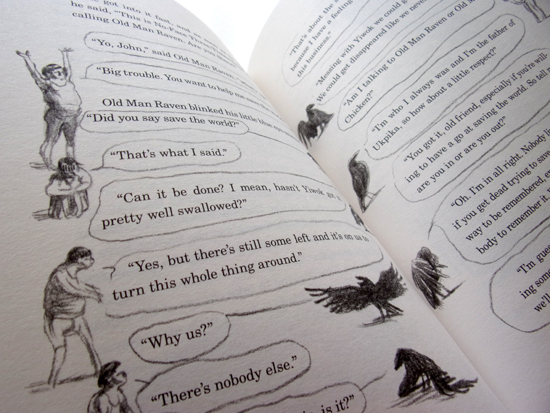 The looseness of the pencil-work also tends to give the characters in Soonchild a certain vagueness, which allows the reader’s imagination to mentally add to and adapt their features and thus create a totally individual perception of them when reading. Throughout the book, this was a quality that I very much appreciated- it seems that illustrated books can sometimes steal the joy that comes from forming your own unique mental image of the characters and environments. 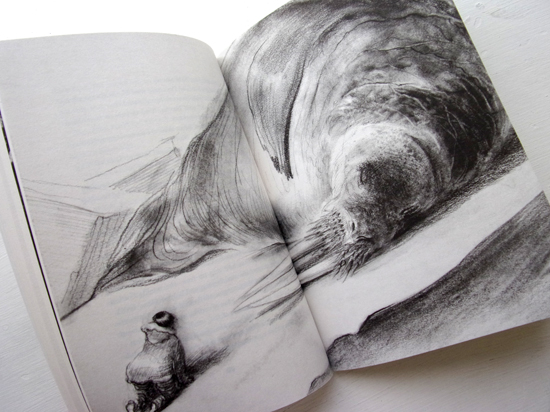 Although intriguing, at times the narrative of Soonchild may be hard for young readers to follow. A large part of the book documents John’s journey through a shamanistic dream, and so the story changes in the same way that a dream can suddenly shift. The unreality of it all is wonderful to experience, but it can be hard to keep up- but then again, that’s how John feels throughout his travels. 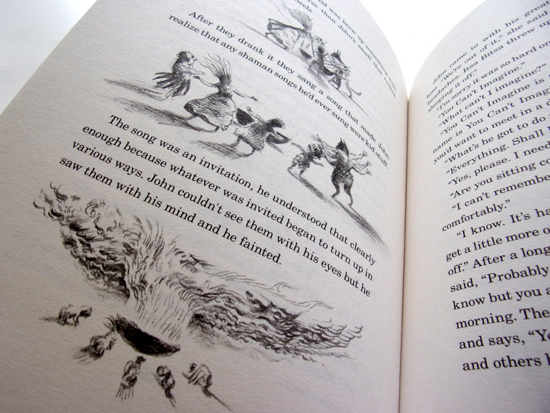 Overall, although this eerie and beautiful novel may be a difficult read for the young audience that it’s intended for, it’s definitely worth a try. The inherent strangeness of the story and the way in which it develops stands out in today’s young fiction market, and makes it an enjoyable read for an adult audience as well. With stunning visuals, the paperback edition of Soonchild is still a beautiful object, and a little more practical for those who want to read when out and about. 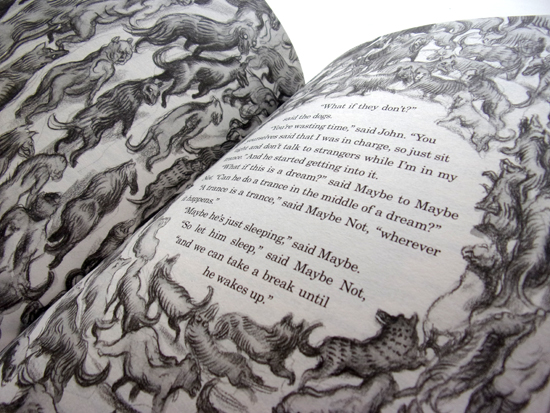