Written and illustrated by Clive McFarland 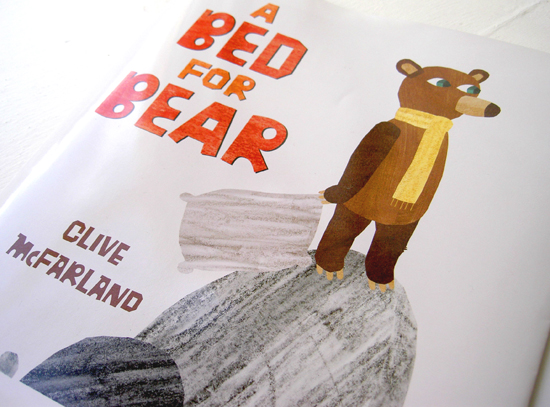 A Bed for Bear is the debut picture book from Clive McFarland. The narrative centers around Bernard the bear when it’s time for him to hibernate, but the bear cave is too crowded and uncomfortable for him to sleep. So Bernard sets out to search the forest for the perfect bed for winter. He visits several different animals and tries their beds, but all he discovers are spots too windy, too wet, and too wild for him. Nothing seems to be “right for bears” until he realizes that the perfect bed was right in front of him all along. 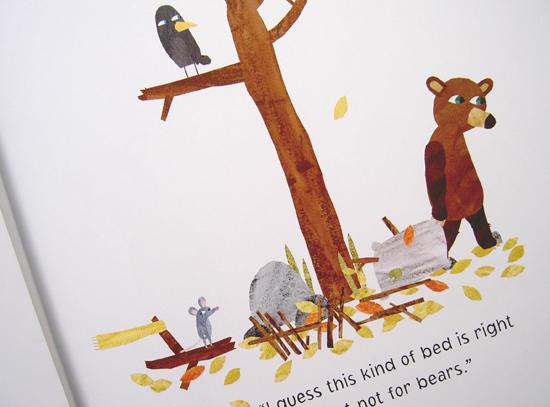 The imagery in A Bed for Bear is simple, bright and minimalist. The constant stark white background contrasts nicely to the highly textured collage illustrations, making the slightly jagged cut out shapes stand out and creating expressive negative space. This bold approach to the imagery brings to mind the work of Jon Klassen and suits the simple and very sweet story, with the small amount of words complimenting the minimalist illustrations in return. The narrative is shaped through both the text and the pictures and wouldn’t make sense without one alongside the other. However, it’s the illustration that adds the emotional aspects to the story, as although the narrative is fairly dead-pan, the characters feelings are shown through simple things like their eyes, and as Bernard the bear becomes more and more bedraggled throughout the book you begin to feel more and more sorry for him, even though the text never comments on his worsening appearance. 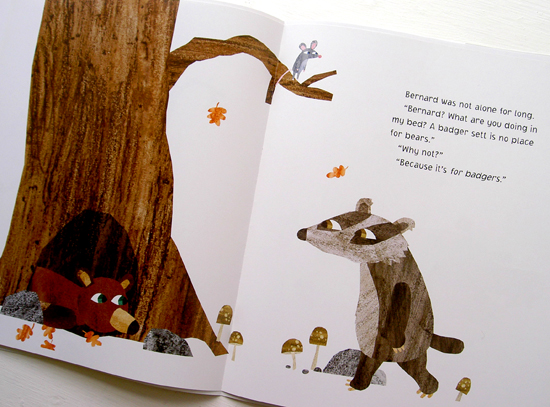 The repetitive nature of the narrative seems like it will be great for young audiences and is a bit reminiscent of the classic fairy-tale Goldilocks – the character has to try several beds before he finds one that is “just right”. A Bed for Bear also manages to subtly incorporate the habitats of different types of animals into the narrative through the charming characters and their homes, allowing children to learn a little as they read. 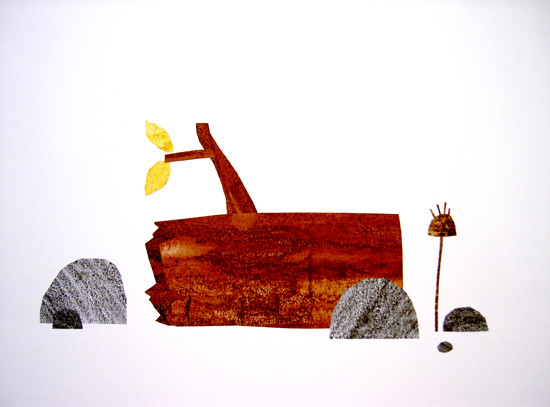 Overall, I think A Bed for Bear would make a great bed time book- by the time a child finishes reading it (or having it read to them) they’ll be ready for their own perfect bed. 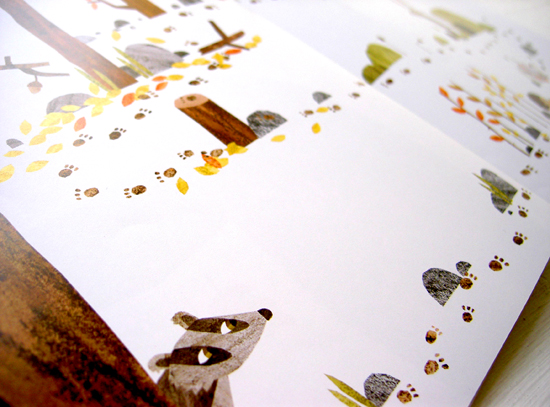