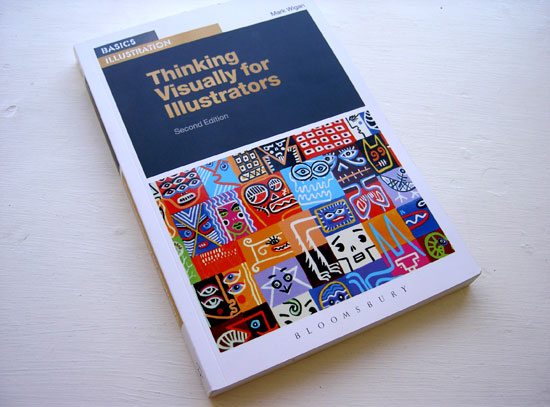 This second edition of Basics Illustration: Thinking Visually for Illustrators by Mark Wigan, is ideal for visual arts students, who are looking for a comprehensive and innovative introduction to the subject of illustration.

The six chapters of the book are constructed to progress through discussing the building blocks of illustration to its wide range of uses. The book evolves to discuss the final outcomes of studying this subject, such as a career as an illustrator, with industry insights from practising illustrators.

The first chapter ‘Getting Started’ works particularly well in encouraging originality, experimentation and research, which seems important in an industry saturated with imagery for aspiring illustrators to absorb. The book argues that ‘the profession of illustration needs more innovators and less imitators’, which seems like a good place for anyone looking for a career as an visual artist to start. 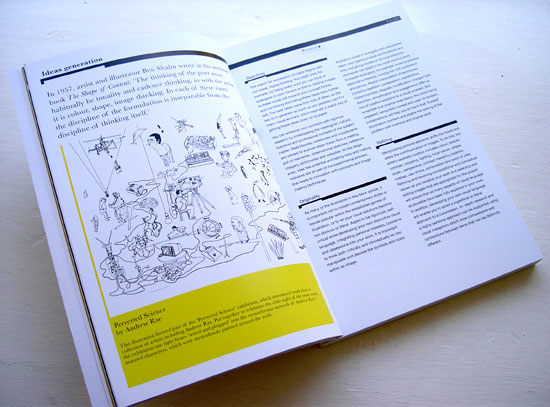 Chapter Four  ‘ Types of illustration’ concentrates on the applications of illustration, including less commercial contexts such as social commentary and underground urban street art. I see this as an attempt to broaden the readers’ view on visual art and introduce them to new fields of interest. The chapter is peppered with quotes that further promote the importance of originality within artists practice, and suggestions that ‘one cannot create an art that speaks to men when one has nothing to say’. (André Malraux, Man’s Hope, 1938) 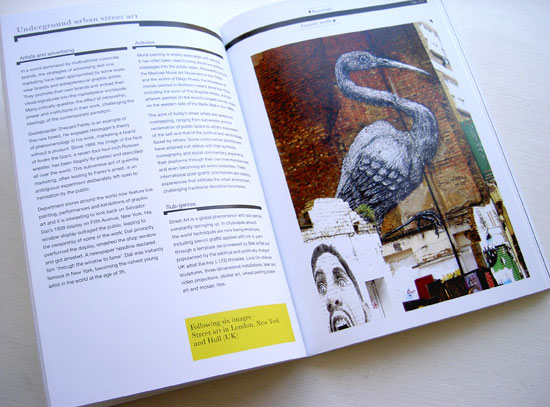 The book concludes with a series of projects for the reader to try, which are taken from the subjects covered in previous chapters. This is a novel approach to engage the reader in the book’s ideas, by encouraging them to carry out experimental tasks. An example is Project 16, whereby the reader is asked to create a self-portrait in a historical context, whilst considering the visual language and social issues of the chosen time. This project epitomises the core values of Thinking Visually for Illustrators which involve strong research, being open to try new things and above all, thinking outside the box. 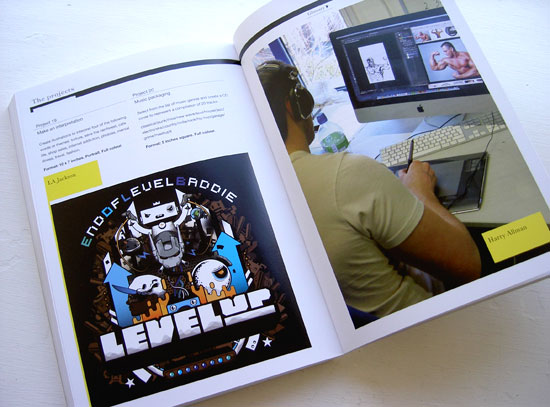