Written by Mac Barnett and illustrated by Jon Klassen 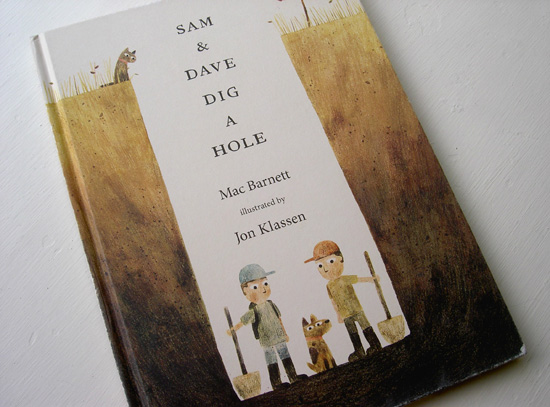 From the team that created ‘Extra Yarn’, the new picture book ‘Sam and Dave Dig a Hole’, offers the same deadpan humour that Mac Barnett and Jon Klassen are known for.

When one Monday, Sam and Dave embark on the mission to dig a big hole and find ‘something spectacular’, the reader is taken on a journey underground.

The book draws on the nostalgic notions of a childhood full of curiosity, adventure and imagination. It is this that makes the story accessible and enjoyable for both young and adult readers. 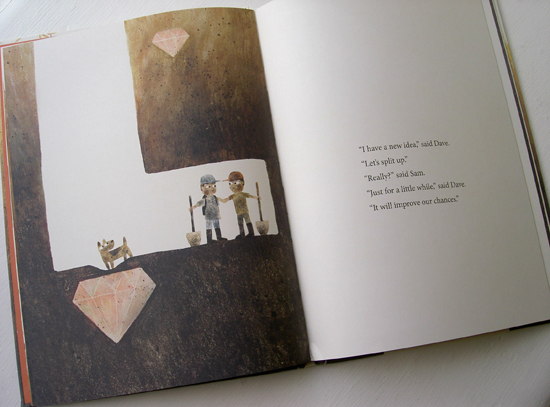 There is a powerful relationship between the text and the illustration, whereby both are given space to reveal different elements of the story. The text’s focus is on Sam and Dave‘s viewpoint, whereas the illustrations allow the reader to see the amusing, broader picture as the two boys search for something marvellous. This creates a humorous reading experience, as the reader can see the giant gems hidden in the earth, but the books characters remain oblivious. 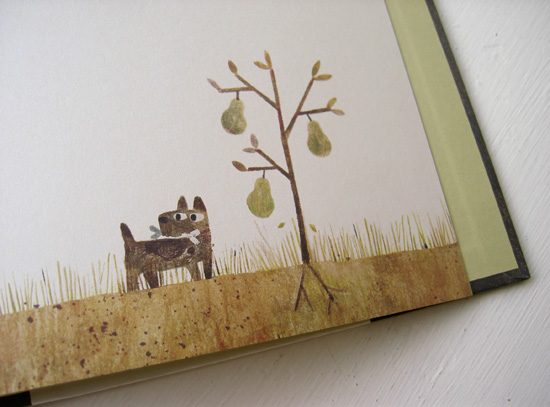 A charming highlight of the story is Sam and Dave’s dog, whose intuitive eyes tell the reader that it senses there are treasures hidden within the ground. But, without the ability to communicate, it’s left looking on, like the reader, as the two boys continue to go the wrong way.

However, all is not lost, as the dog does not walk away unrewarded…