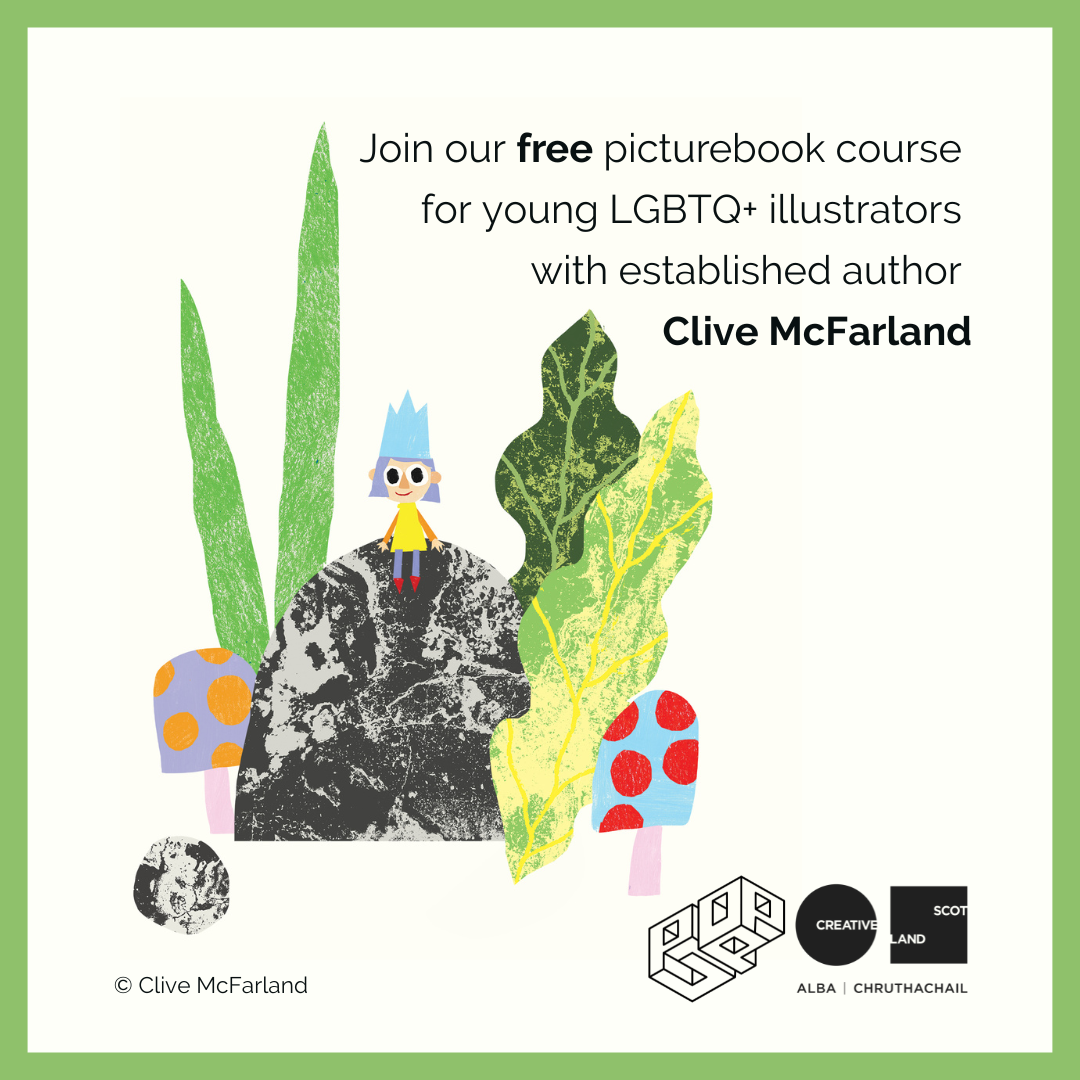 Pop Up Projects CIC are running a series of free literature and publishing courses for young people who identify as LGBTQ+, as part of their Rainbow Library Project. Participants will develop their creative skills while also providing support to the publication of books for children and young people that include LGBTQ+ identities and experiences.

“In a world where LGBTQ+ young people are so often frozen out of the narrative, marginalised by society due to their identity, and oppressed at an institutional level, projects like The Rainbow Library are truly imperative in helping them find and channel their voice.”

In this course, you will learn how to illustrate picture books from experienced picture book author Clive McFarland at a 6-day residency held at Glasgow Zine Library.

This opportunity is open to young people who identify as LGBTQ+. You must have a strong interest in illustration, as well as a curiosity for children’s publishing.

Clive McFarland is a children’s book author and illustrator. He was raised in County Tyrone before studying art in Derry and Liverpool. His first and second picture-books were shortlisted for the AOI World Illustration Awards. A Bed for Bear was a Kids’ Indie Next List Top Ten, and One Leaf, Two Leaves, Count with Me! was chosen for Dolly Parton’s Imagination Library. Clive’s clients include HarperCollins, Penguin US, Templar, Froebel South Korea, and Marks & Spencer.

About The Rainbow Library

This course is part of Pop Up’s Rainbow Library project. The Rainbow Library addresses the near-invisibility of LGBTQ+ identities & demand for LGBTQ+ inclusive stories in children’s stories. The course has been designed as a space for LGBTQ+ young people to network with peers around shared experiences and challenges.

Workshops are taking place across the United Kingdom, Ireland and Northern Ireland in eight places: Manchester, Nottingham and Basildon in England; Glasgow and Inverness in Scotland; Belfast and Derry/Londonderry in Northern Ireland; and Cork in the Republic of Ireland.