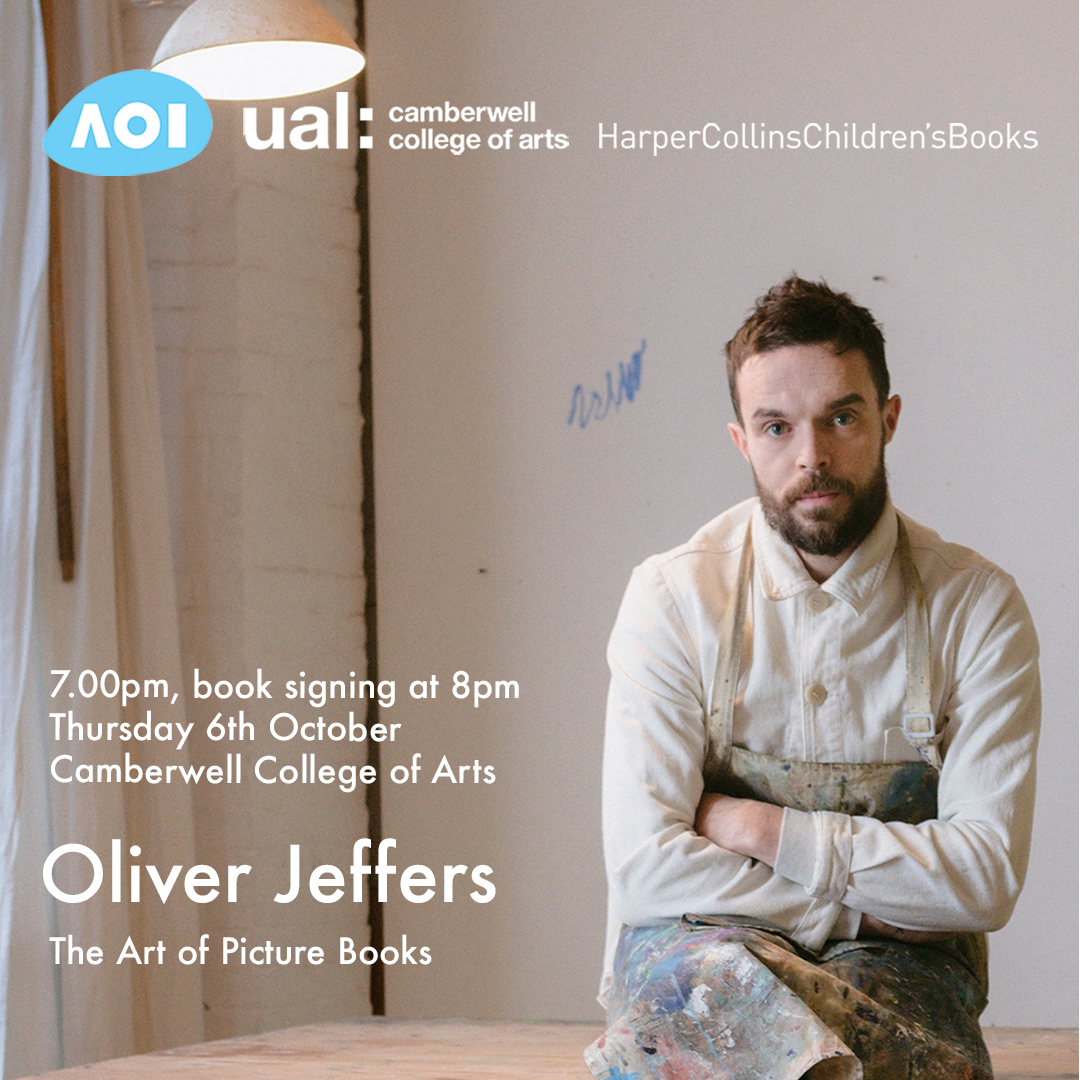 In person event hosted by Camberwell College of Art, in partnership with the Association of Illustrators and HarperCollins Children’s Books. Book below or via our Eventbrite.

Join us for an evening with Oliver Jeffers, discussing the art and importance of creating meaningful picture books. Oliver Jeffer’s talk will be followed by a Q&A with the audience and an opportunity to have your book signed.

World-renowned artist Oliver Jeffers is one of the most ground-breaking artists in picture-book publishing. His most recent children’s book, Meanwhile Back on Earth was inspired by Our Place in Space, an epic scale model of the solar system which has been touring the UK since its launch earlier this year in Derry, London Derry. Discovered in a pile of unsolicited manuscripts, his highly acclaimed debut, How to Catch a Star, was first published by HarperCollins Children’s Books in 2004 and was the first in a series of award-winning ‘Boy’ books, including Lost and Found; The Way Back Home and Up and Down. Since then, his books have gone on to sell 12 million copies in forty-seven territories worldwide. His commitment to his work was honoured at the beginning of this year where he received an MBE for his Services in Art.

Beyond making books for children, he has exhibited in museums and galleries across the globe, including the National Portrait Gallery, the Irish Museum of Modern Art, the Palais Auersperg in Vienna and the Bryce Wolkowitz Gallery in New York. In December 2020, he also launched two major international installations – at the Rockefeller Center, New York, and Harrods, London.

8.00pm – Book signing. Copies of Meanwhile Back on Earth will be available to purchase at the event.

A limited number of complimentary tickets will be reserved for Camberwell College of Art Illustration students. Student ID will be required upon entry. 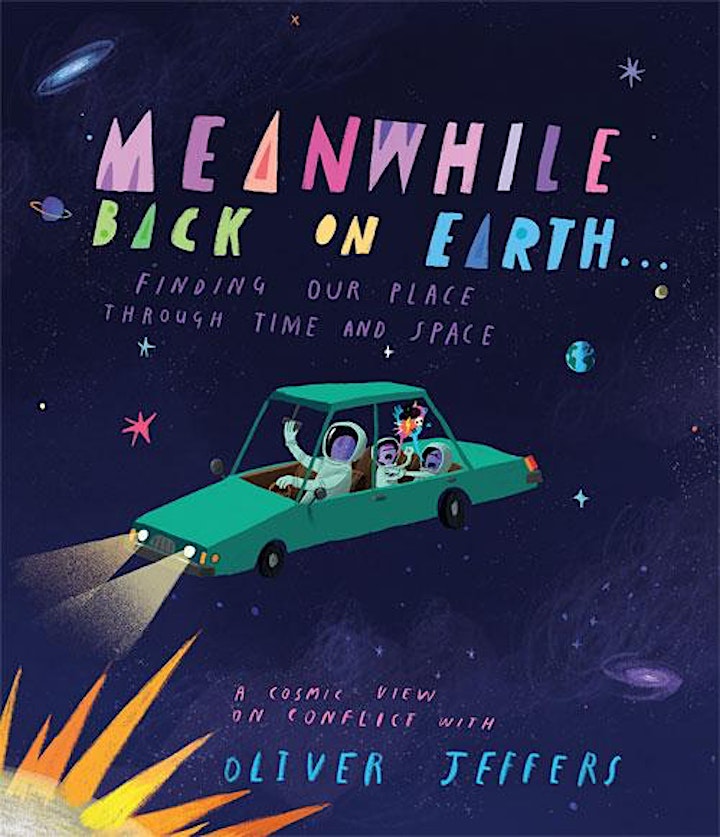