Events / Lewis Carroll and the Pre-Raphaelites with Mark Davies 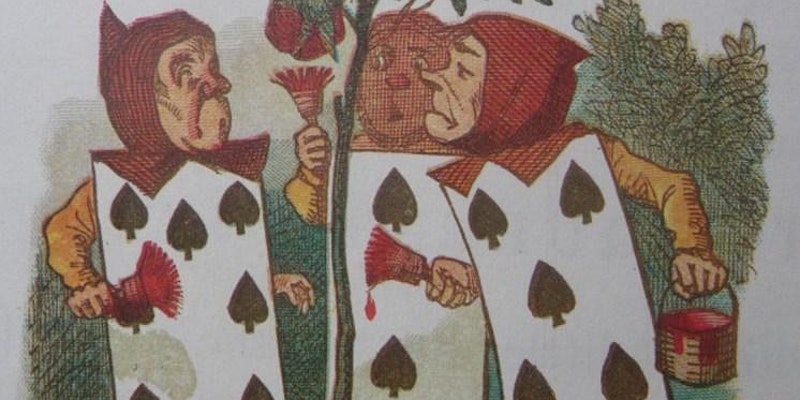 Lewis Carroll and the Pre-Raphaelites with Mark Davies

Individual stories and key figures of the Pre-Raphaelite Brotherhood and Lewis Carroll, author of Alice’s Adventures in Wonderland.

There are many Oxford associations with the artists known as the Pre-Raphaelite Brotherhood, notably John Millais, William Holman Hunt, and Dante Gabriel Rossetti. A key figure was Thomas Combe, Superintendent of Oxford University Press, who was an early patron, and who also hosted introductions at his Jericho home which had a significant influence on the publication of Alice’s Adventures in Wonderland. The talk features PRB artwork; the iconic ‘Alice’ illustrations of John Tenniel; Lewis Carroll’s quirky originals; his exceptional photographic portraits of Combe, the Pre-Raphaelites, and other key contemporaries; and the ‘drawling-master’ John Ruskin.

The talk will be live streamed on CrowdCast. After you have registered you will receive an invitation to the event 48 hours before the talk begins. You will also be able to re-watch the talk (or watch it for the first time!) for a month from the live event.

All profits from this talk will go towards the important work the Museum of Oxford carries out with local older residents as part of the ‘Library of you’ campaign.

Mark Davies is an Oxford local historian, author, public speaker, guide, and publisher specialising in the history of non-University Oxford, with a particular focus on the city’s waterways. Most of Mark’s early life was spent by the sea – in Hampshire, Sussex, Kent, and South Wales – but his interest in inland rather than coastal waters grew as a result of a chance decision to live on a canalboat in central Oxford in 1992, after living in Abingdon for a couple of years.

This talk is the first in a series promoting the ‘Library of you’ fundraising campaign in the run up to the new Museum of Oxford opening.

Every year the Museum of Oxford works with older people in the city at events, at care homes and in hospitals to discuss and share their stories of the city.

The process of reminiscence has been proven to help connect people, reduce loneliness and symptoms of depression, promote physical health, reduce stress and enhance self-esteem.

Their stories are in danger of being lost forever making this work key to the preservation of Oxford’s history. Give today to help continue this work with Oxford’s older people.

Every person has their own story. By donating to the ‘Library of you’,you can create your own story titleto go on one of the book spines and ensure that we can continue to work with Oxford residents and share their stories.

More information about the ‘Library of you’ coming soon.