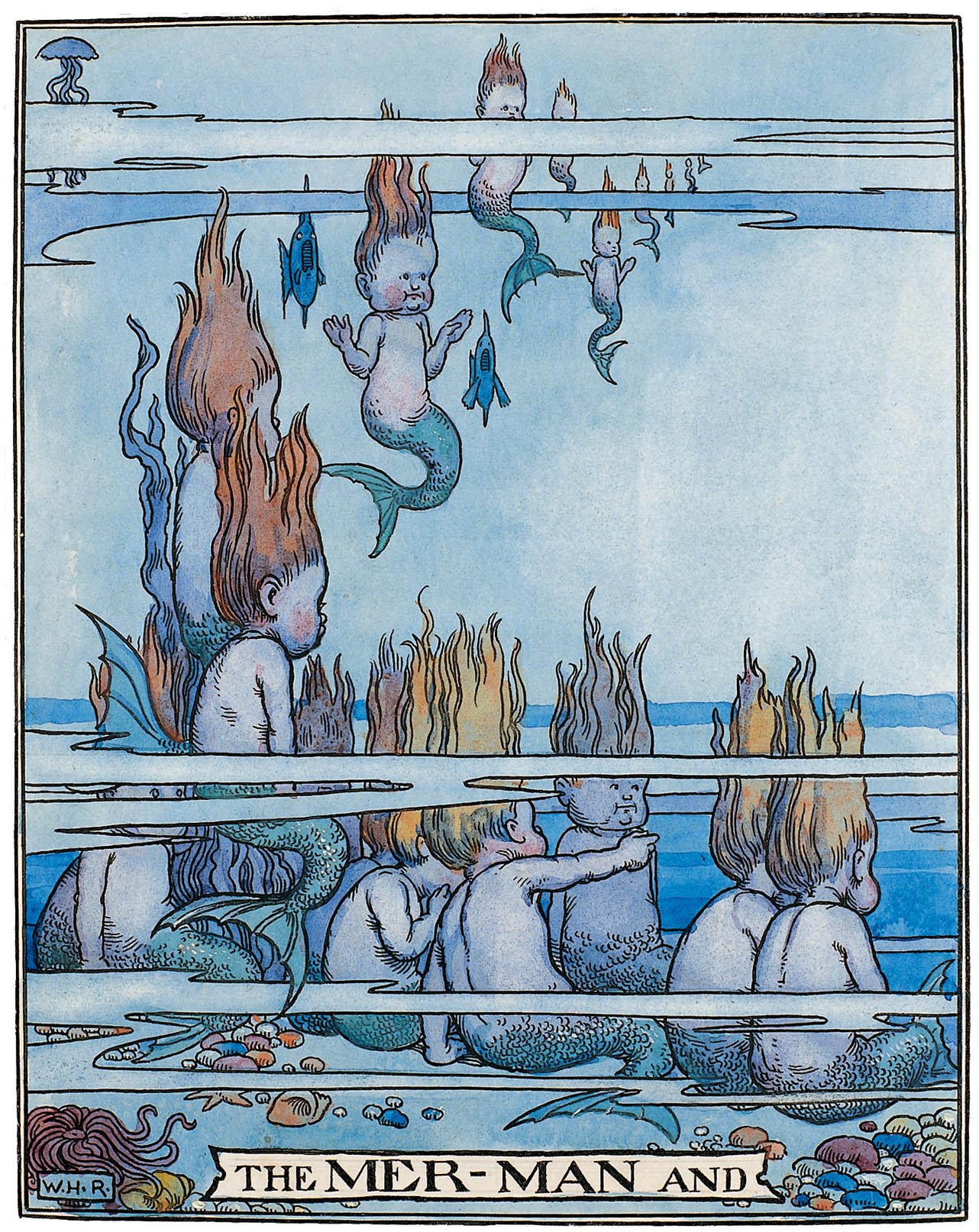 Meet a cast of strange and mysterious characters at the Heath Robinson Museum’s first exhibition of 2022, featuring artwork from the children’s stories that the artist both wrote and illustrated.

In 1902 Heath Robinson was commissioned by Grant Richards to write and illustrate a new children’s book and he took the episodic structure of Don Quixote as his model, with the hero embarking on a quest and each chapter introducing new characters.

The book was The Adventures of Uncle Lubin. When asked for a follow up he chose to write and illustrate The Child’s Arabian Nights, published in 1903.

From 1908 Heath Robinson was illustrating deluxe gift books full of coloured plates. Typical titles were Twelfth Night and Kipling’s Poems. However, in 1912 he wanted to see another children’s book that he had both written and illustrated in print. He turned to Constable & Co. who published Bill the Minder in 1912 in gift book format.

The fourth and last children’s book that he wrote was Peter Quip in Search of a Friend, another episodic story with the cast of characters that grew with each chapter, published by Partridge & Co. in 1922.

Children of all ages will enjoy the inventive, colourful stories displayed in this temporary exhibition as well as the permanent collection of illustrations and cartoons charting this former Pinner resident’s life and work.