Events / Haute Couture in Occupied Paris and Beyond in WWII’ : A Lewes Lecture – ONLINE 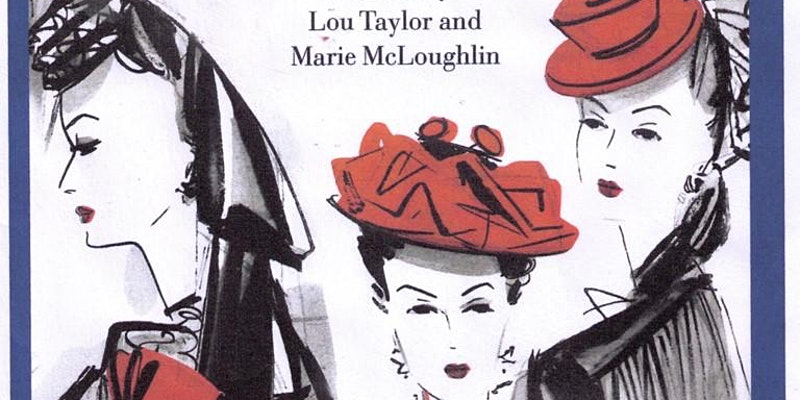 Haute Couture in Occupied Paris and Beyond in WWII’ : A Lewes Lecture – ONLINE

The little known story of Nazi domination of the Paris fashion industry during WW2 and its world wide ramifications. This illustrated talk is based on her book co-edited with Marie McLoughlin: ‘Paris Fashion and World War Two – global diffusion and Nazi control’

Lou Taylor is a dress historian and Professor Emerita of the University of Brighton where she lectured for almost 30 years. She is co-editor of ‘Paris Fashion and World War Two – global diffusion and Nazi control, Bloomsbury Press 2020, Heather Fairbank, Woman of Fashion- 1900-1920, with Jenny Lister and Cassie Strodder-Davis, V and A publications, 2014, and the Study of Dress History, Manchester Univ. Press, 2002.

In the midst of the traumatic global upheavals of World War 2, a text with its focus on couture clothes and accessories might seem positively shocking, even perverse. However, 75 years after the end of the war in Europe, these material traces offer us today both a vivid reminder and vibrant warning of the horrors inflicted across the world by unbridled Nazi political power.

In this new book, Fashion history specialists discuss the war-time design and diffusion of Parisian haute couture fashion and style across Europe and to North and South America from 1939-1945, despite the long-held belief that this never happened. It will also highlight the significant role of the European Jewish community within the fashion trades of Europe. Jewish workers at all levels of the trade from shoemakers to designers and wealthy entrepreneurs, were obliged to abandon everything, to flee.