News / Reviews / Hoot and Howl Across the Desert – review

Across the Desert – Life in the World’s Driest Deserts 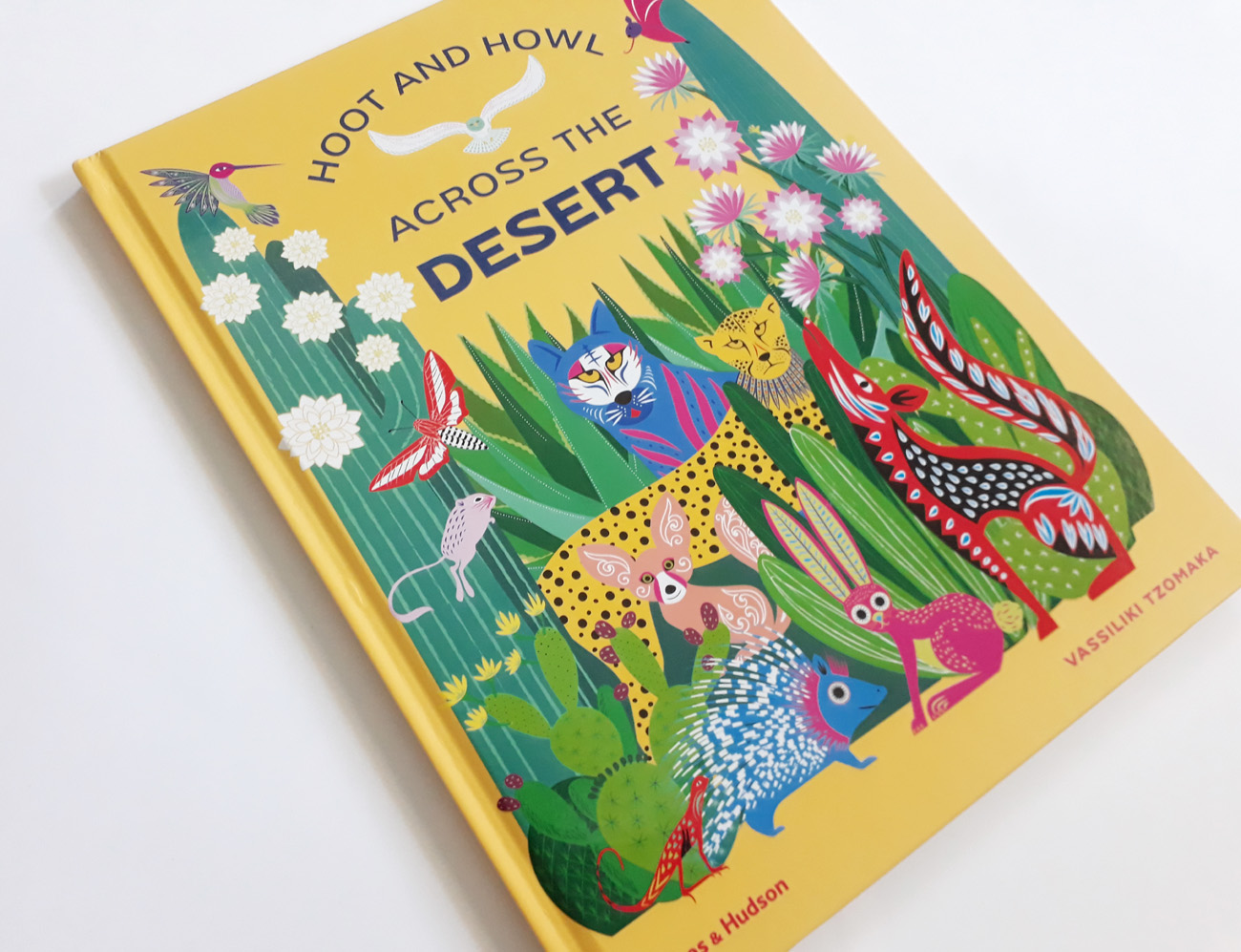 It was a great idea of Vassiliki Tzomaka’s to depict her desert dwelling creatures incorporating the patterned bright colours of folk art from peoples who have lived in or near desert areas. These include Aboriginal, Inuit and Mexican artworks and shapes.

The book is subtitled Across the Deser – Life in the World’s Driest Deserts, and this includes the ‘cold’ deserts of the North and South Poles – areas which don’t immediately come to mind when thinking of a lack of water and rainfall. But basically a desert is defined as a large area of land that receives very little rainfall, and alongside the cold deserts are the hot ones, and also the coastal deserts in Africa and South America. 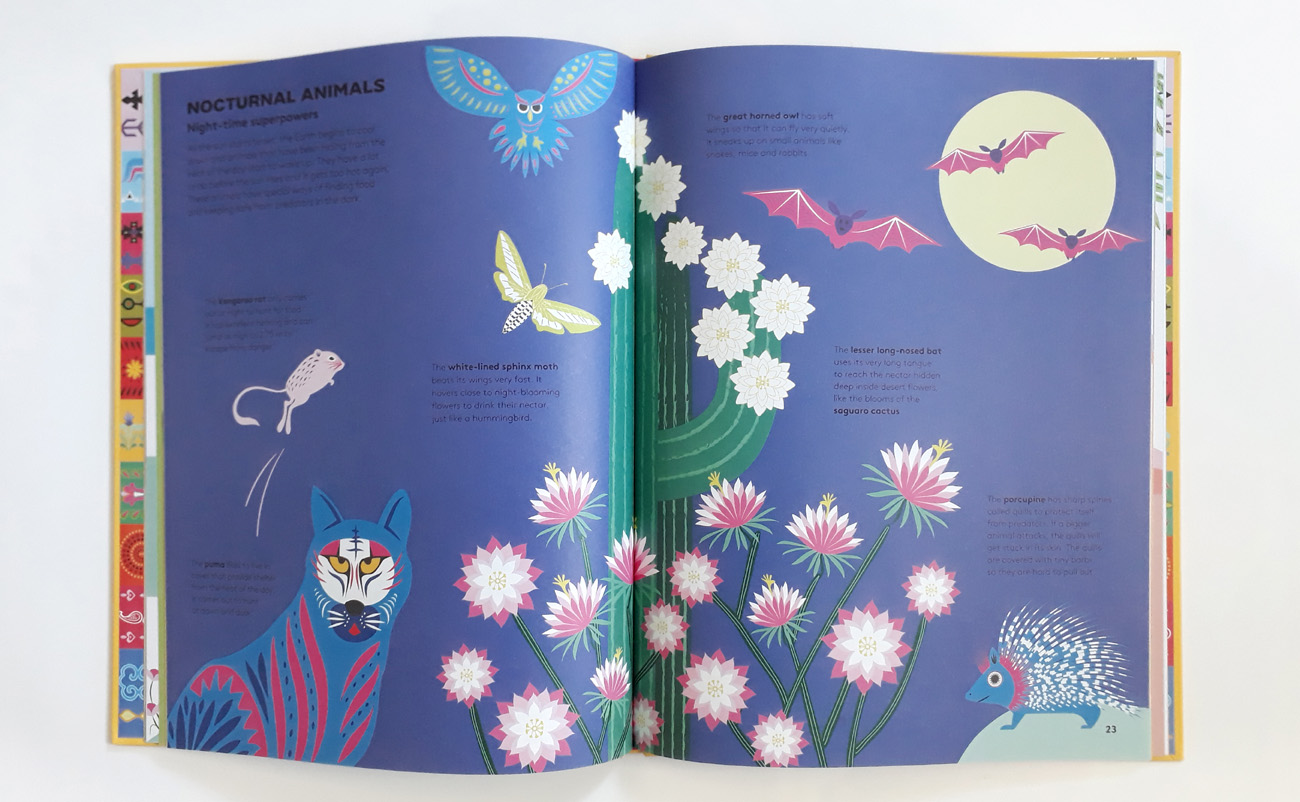 Tzomaka offers short, interesting facts about the plants, animals and birds that have adapted to survive in what can be very harsh terrains, and her illustrations show the animals covered in pattern and in unexpected colours. I enjoyed this unusual depiction of fauna, and although it makes for stylised images, the creatures are easily identified, and the artwork adds another layer of interest to the images. 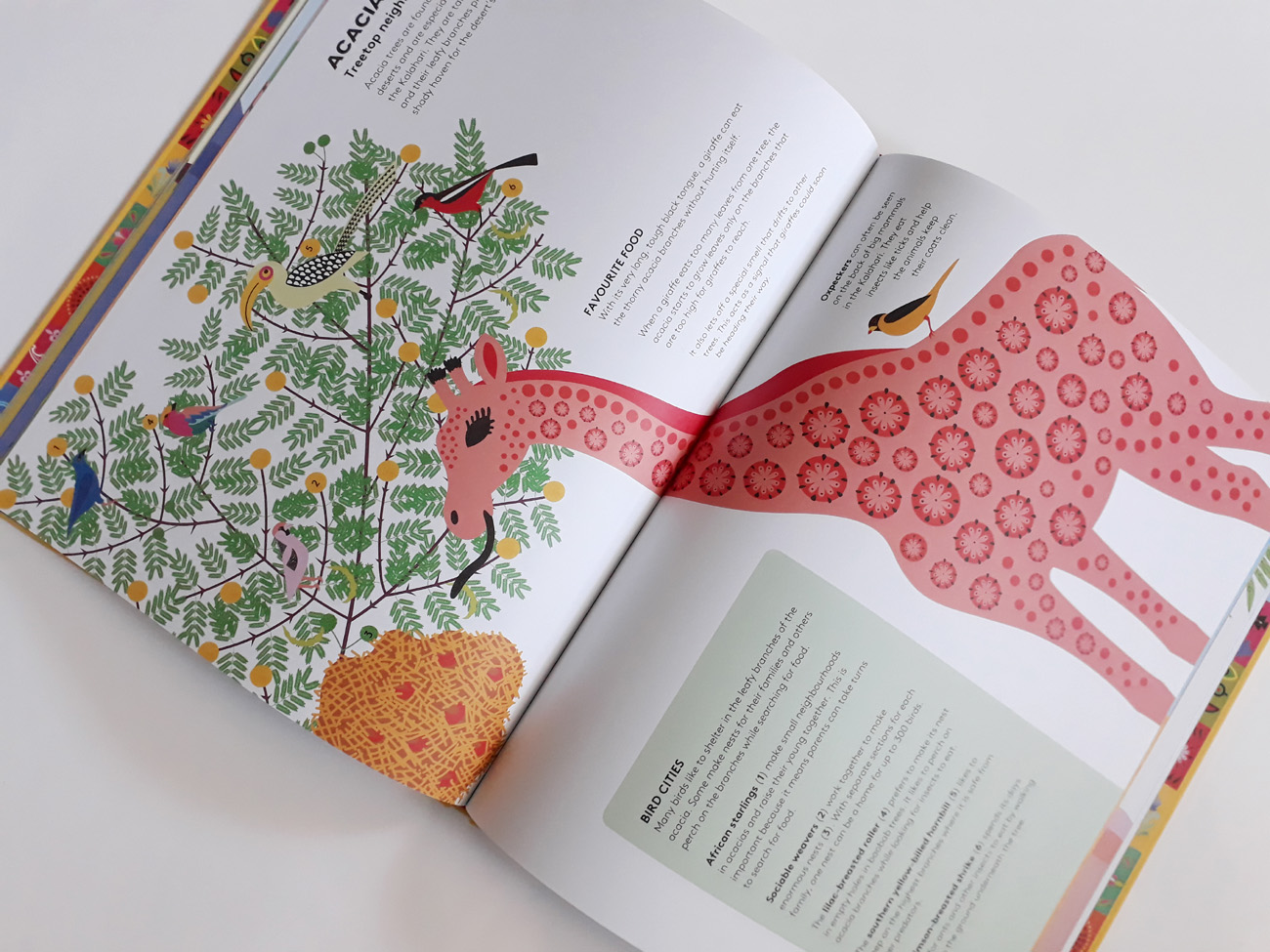 Information about specific deserts, how to adapt to escape from predators and all the incredibly sophisticated ways that creatures adapt (did you know African elephants use their feet to sense rain coming, and that the saiga antelope has a strange shaped nose to keep out dry summer dust?) make for fascinating facts.

All these, combined with bright, sometimes playful illustrations, make for a great book on deserts and the life they contain and support that will delight many children. 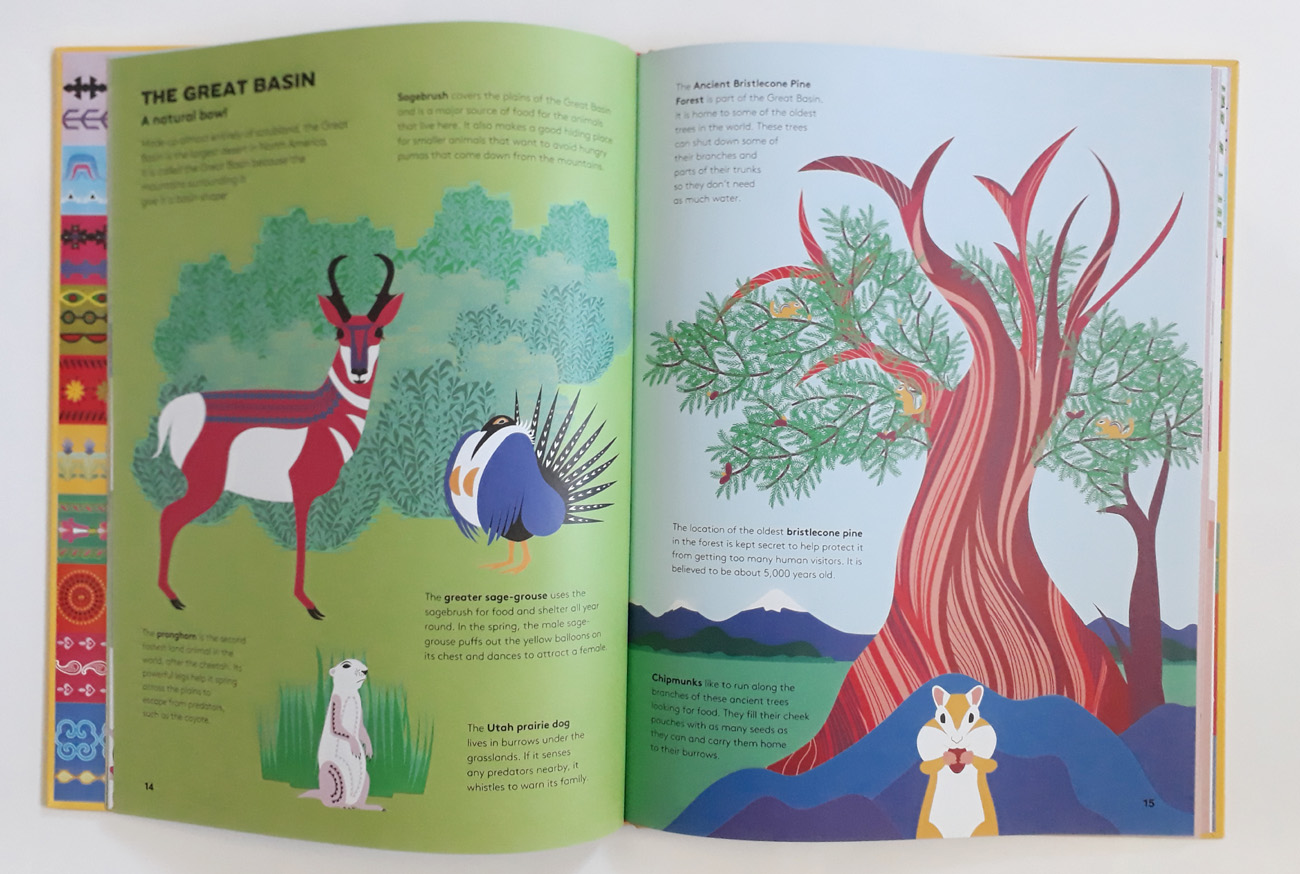