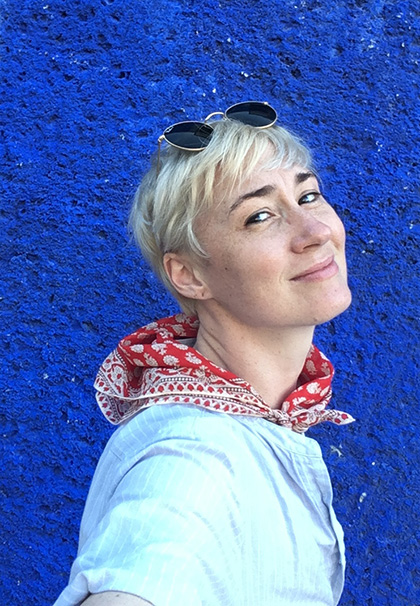 Jessica Love has won the 2019 Klaus Flugge Prize for the most exciting and promising newcomer to children’s picture book illustration from an amazing Shortlist. She won for her book Julian is a Mermaid (Walker Books), in which a young boy who loves mermaids takes part in a special mermaid parade, with the help of his nana. A joyful, positive story that adroitly questions gender stereotypes, it has been described as barrier-breaking and was also shortlisted for the CILIP Kate Greenaway Medal.

Judge, former Children’s Laureate and multi-award-winning illustrator Anthony Browne says: “Julian is a Mermaid is an astonishingly beautiful book. It’s amazing to realise this is Jessica Love’s first attempt. She has quickly realised how picture books work – the understated words fit so brilliantly with the stunning illustrations, never getting in the way, never trying to do the same job. It’s a perfect picture book.” 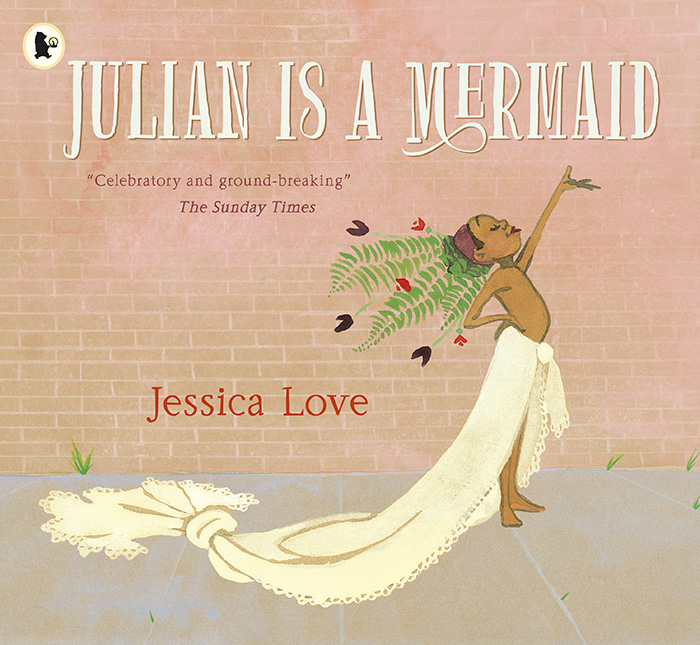 Fellow judge Farrah Serroukh, of CLPE adds: “The illustrations say things that it would be difficult for words alone to express. The layers of meaning that can be inferred through each spread are rich, sophisticated and plentiful. Quite simply, it is a stunningly beautiful, heart-warming debut.”

Julian is a Mermaid was partly inspired by a trans friend of Jessica and questions about how to explain his transformation to younger family members. She says: “It got me curious about what sort of literature there was out there for families looking to have conversations with their children about identity, and how sometimes a person has to do a little more work to create the proper cover for their own book. I wanted to make something that didn’t feel didactic but that gave children a chance to experience this character’s inner life and identify with it. I wanted to give kids who identify with Julian a chance to see themselves reflected, but I also wanted kids who don’t identify with him a chance to get inside his experience and feel what it might be like.’

Before publication of Julian is a Mermaid, Jessica was – in her own words – “a hustling out of work actor, waiting tables, babysitting” and spent five years completing the book. She claims she never expected it would find a publisher and indeed thought that she would have to self-publish.

Winning the Klaus Flugge Prize marks her out as an extremely talented illustrator with a special gift for creating picture books.

The Klaus Flugge Prize was founded to honour publisher Klaus Flugge, a supremely influential figure in picture books. Flugge set up Andersen Press in 1976 and has discovered and nurtured many of today’s most distinguished illustrators including David McKee, Tony Ross, Satoshi Kitamura, Ruth Brown and Susan Varley.

Chair of the judges, Julia Eccleshare said: “In the fourth year of the award, we had another extremely strong shortlist but the judges were unanimous in their decision to award the prize to Jessica Love. Julian is a Mermaid reminds us that picture books can make us understand the world differently and better; that they are for everyone. It is a ground-breaking book and has the qualities that Klaus Flugge has always championed in his own publishing.”

Jessica Love said: “My heart is in danger of popping. I put my whole soul into this book, but I didn’t allow myself to hope that it would lead to anything. In fact I firmly hedged my bets against it having any success at all, because it would have just been too painful to hope and then be disappointed. But then this happens, and I’m proven miraculously, incredibly, joyously wrong. I’m happier than I ever hoped I could be, and I am so grateful for this honour.”

Audrey Keri-Nagy, Art Director of Walker Books received the award on behalf of Jessica Love, who lives in New York, at a ceremony in London on Wednesday 11th September 2019. Jessica Love wins £5,000.

Alongside Anthony Browne, the judges were Derek Brazell of the Association of Illustrators, BillieJo Carlisle of Seven Stories bookshop, Farrah Serroukh of CLPE and 2018 Klaus Flugge Prize winner Kate Milner. Julia Eccleshare, director of the Children’s Programme at the Hay Festival, is Chair of the Judges.