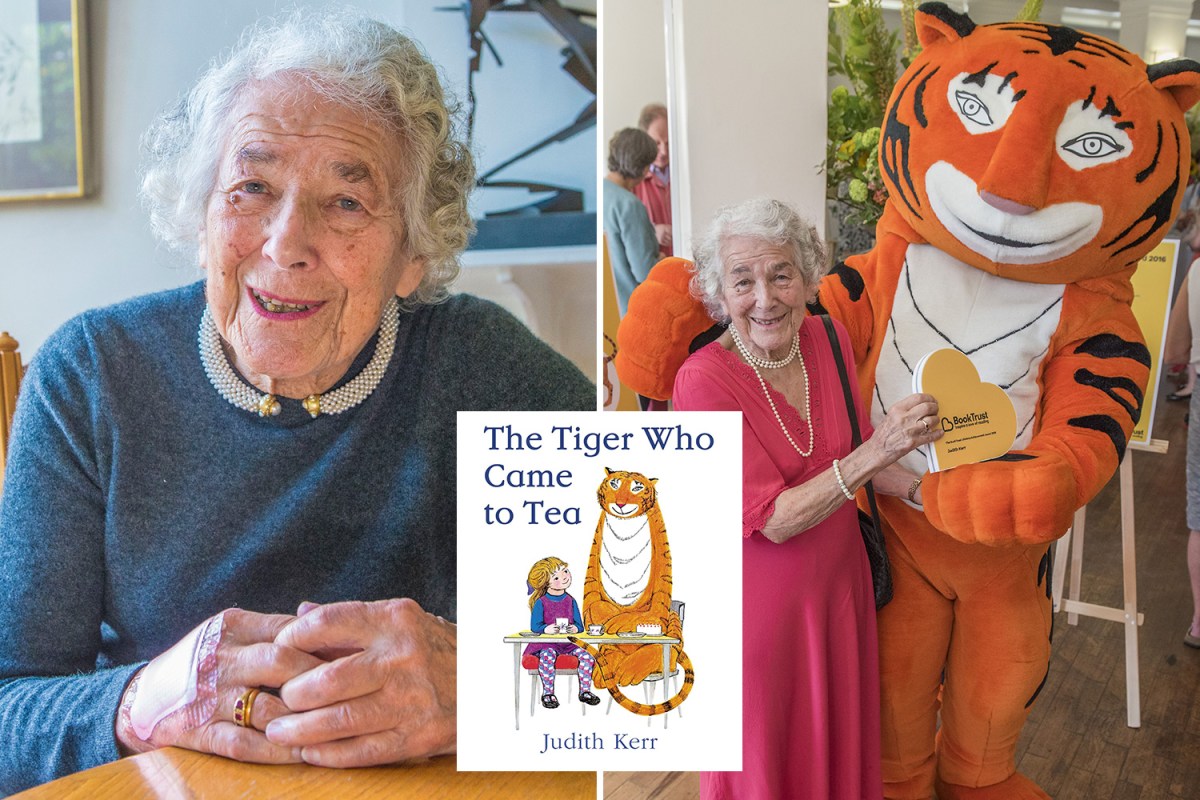 Harper Collins have confirmed that Judith Kerr has passed away aged 95.

Best known for the Tiger who Came to Tea, Judith worked up to her 90’s with her legacy including the Mog series and When Hitler Stole Pink Rabbit.

Born in Berlin, Judith fled the Nazi’s arriving in London with her family in 1936.  The shadow this early experience has permeated her life and work.

On Desert Island Discs in 2004, she told Sue Lawley: “I think of the business of the Holocaust, and the one and a half million children who didn’t get out as I got out, in the nick of time — I think about them almost every day now, because I’ve had such a happy and fulfilled life and they’d have given anything to have had just a few days of it.

“And I hope I’ve not wasted any of it: I try to get the good of every bit of it because I know they would have done if they’d had the chance.”

Her books are suffused with humour and generosity. They speak to the reader directly and assume that reader’s intelligence. Nothing is said in the words that has already been said in the pictures. They stand the test of time – The Tiger Who Came to Tea has not been out of print since 1968.

Ren Renwick, AOI’s CEO says: “There are heartwarming, iconic books that contribute to our industry as well as our own individual childhoods. The Tiger Who Came to Tea is one. Judith’s work combined an extraordinary skill with an insight and tenderness that makes it sing. We will remember her, through her books, with joy.”

In May 2019 she was awarded the Nibby’s Illustrator of the Year award, celebrating her immense contribution and achievement.

You can read more about her life in this BBC Obituary here.