News / Reviews / Your Mind Is Like The Sky – review

A First Book of Mindfulness 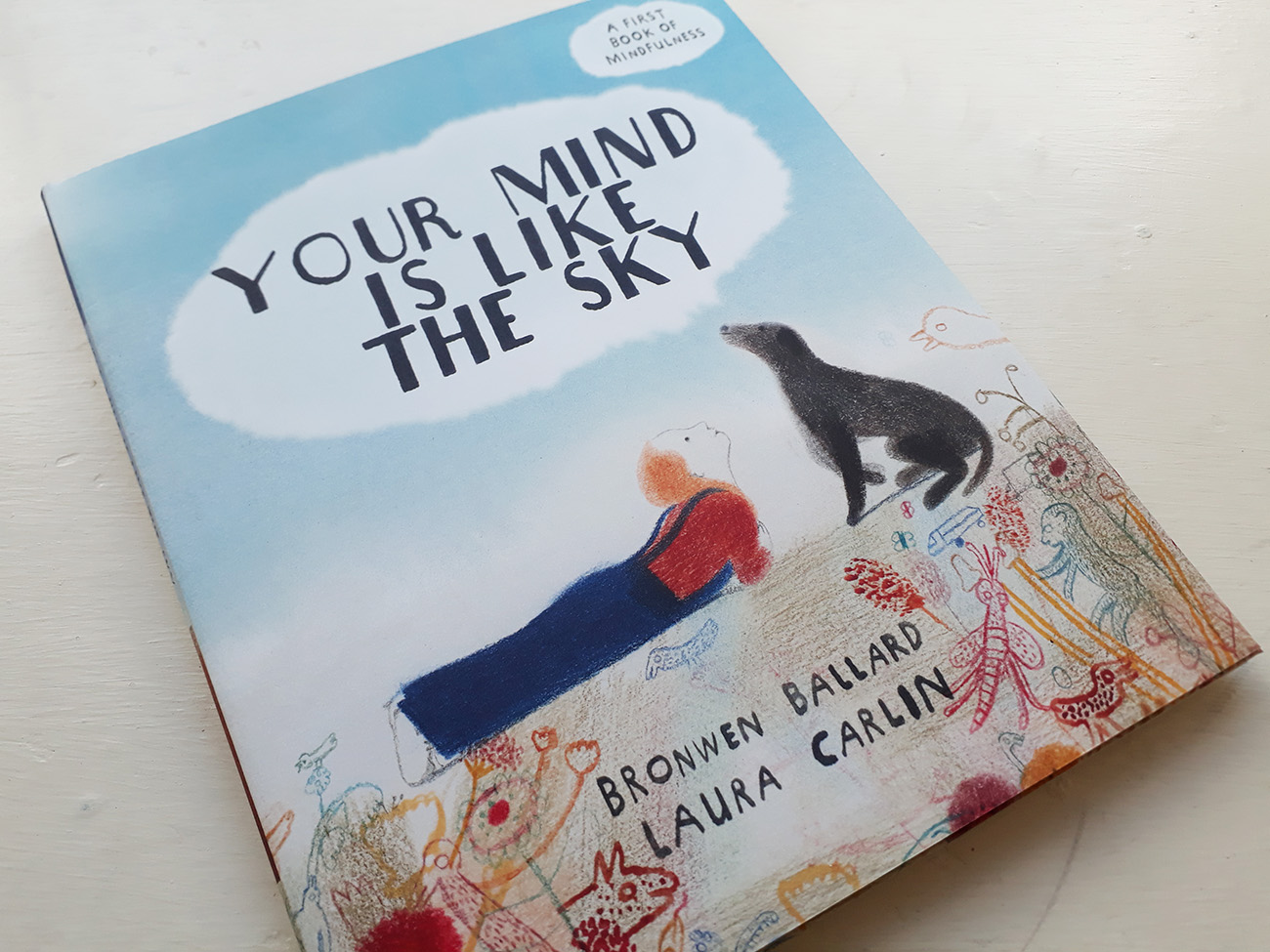 Mindfulness is a recent addition to our contemporary vocabulary and is becoming a rather ubiquitous word. Explaining such an idea to children (and adults) can be problematic, and this book aims to provide clarity. As the title suggests, Ballard uses the sky and weather as a metaphor for thoughts and feelings.

We see a child in various environments; a park, on a picnic bench (perhaps at school) and in her home. She is fully coloured and the focal point of most of the spreads. There is an adult female character present in many of the compositions, often at quite a distance from the child. This is the mother or guardian who is watching over the child, a positive and stable image for her. 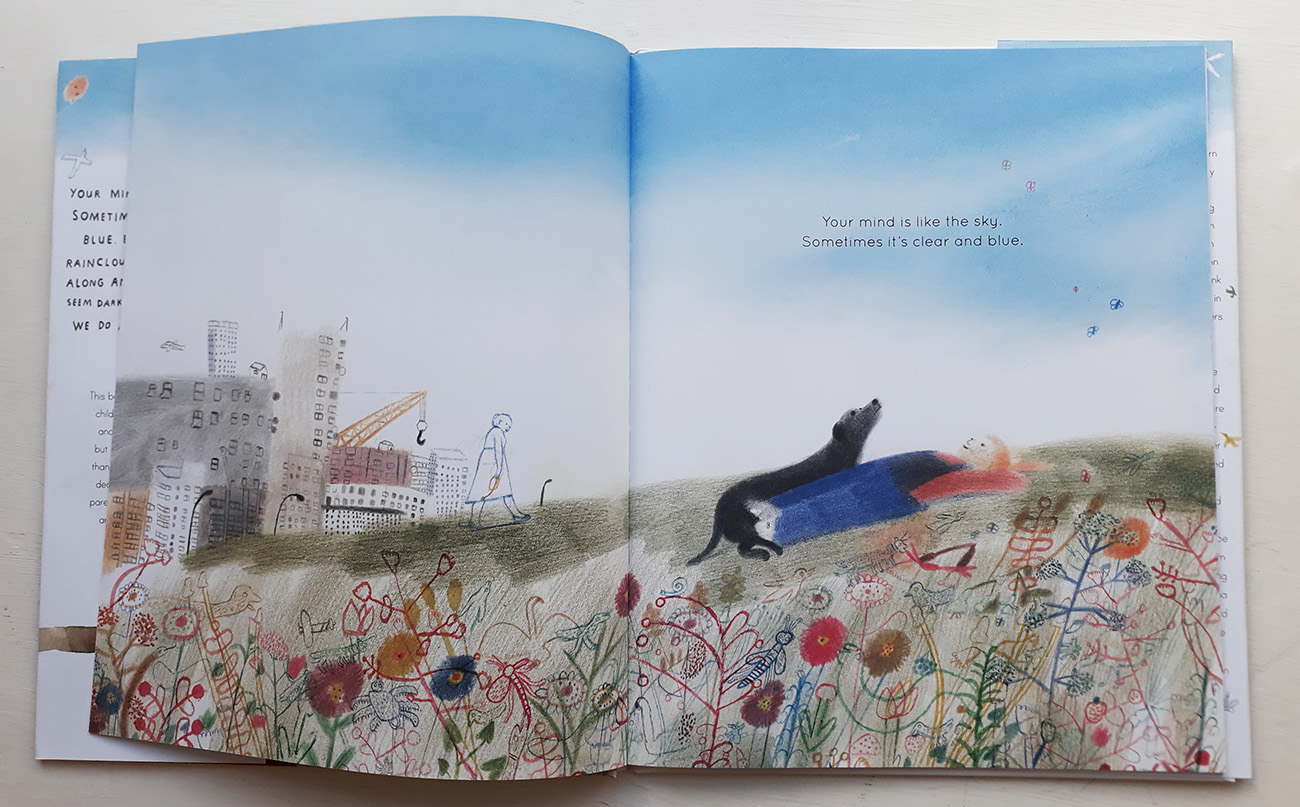 The child is accompanied by a dog, which acts as both playmate and a barometer of the child’s mood. Is this a nod to the famed ‘black dog’ which supposedly symbolised Winston Churchill’s depressive episodes? Here the pet shares in the happiness of the child; jumping, digging and running as well as cowering and bowing its head when the dark ‘raincloud thought’ is pictured above them both. Including a dog, which uses non-verbal communication, is another useful device as it helps to enhance the mood and clarify how the child is feeling whilst the text aims to discuss why.

Other characters, who are usually drawn with soft crayon line, are overlapping and often at a smaller scale. Their lack of three-dimensional form adds to the idea that they are transient images, not really there but at the same time visible to the child and to us. Carlin is depicting the myriad of ideas and imagery that pass through the mind. 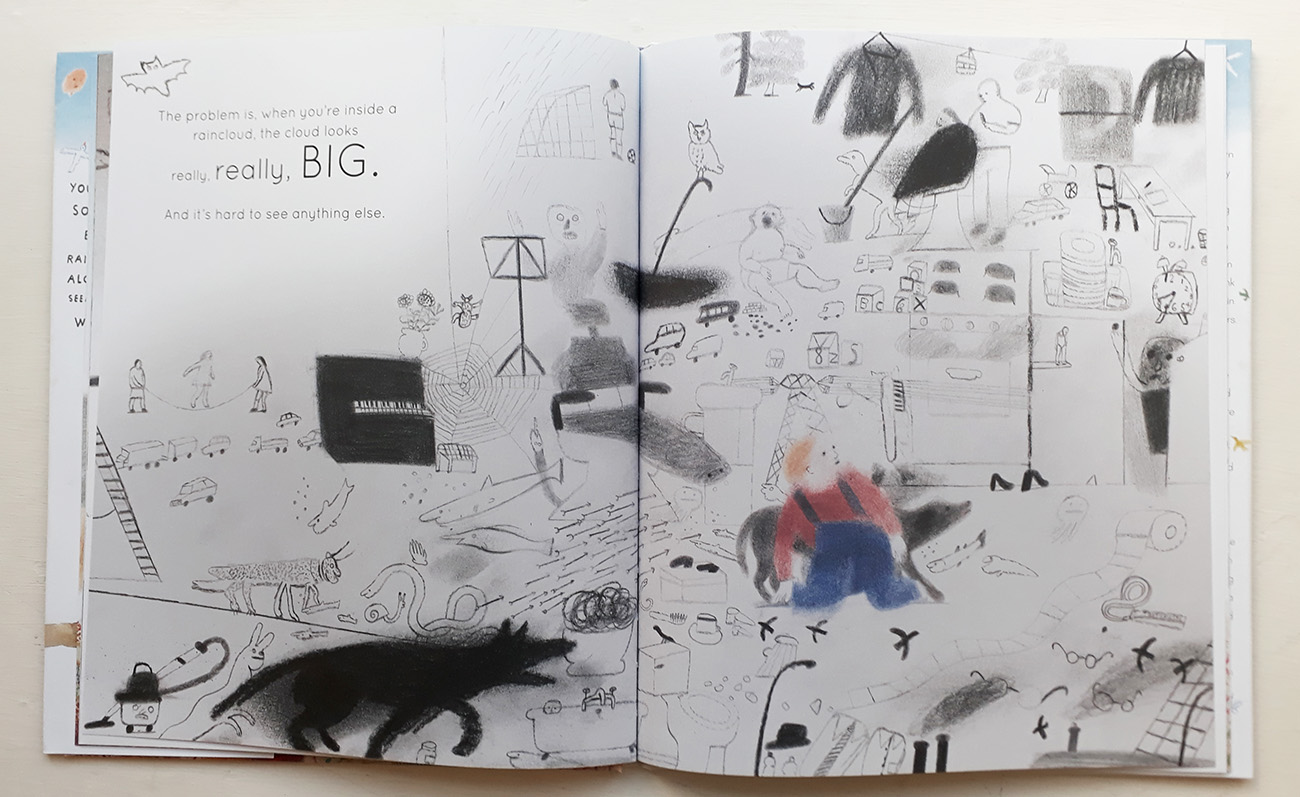 The illustrations have a softness to them in terms of the application of media and also the way the work is almost out of focus. This slight blur of some of the elements and clarity present in others, adds to the ethereal nature of the artwork and is appropriate given the subject she is illustrating.

Some of the most playful spreads are actually depicting negative thoughts. A giant bug, an electricity pylon and a Henry Hoover are scattered around the child. It is a depiction of how the mind, when feeling stress or threat can produce erratic, arbitrary links between thoughts and ideas. The image feels suitably rapid and overwhelming.

Carlin’s use of colour through this book is subtle yet fundamental to successful communication. The temperature of the colour reflects that of the weather which Ballard uses to describe the child’s changing feelings. The final spread before we read the ‘Notes for grown ups’ section is suitably hopeful. This book asks the reader to tackle some difficult ground and it is important that the child is given hope and optimism at the end. 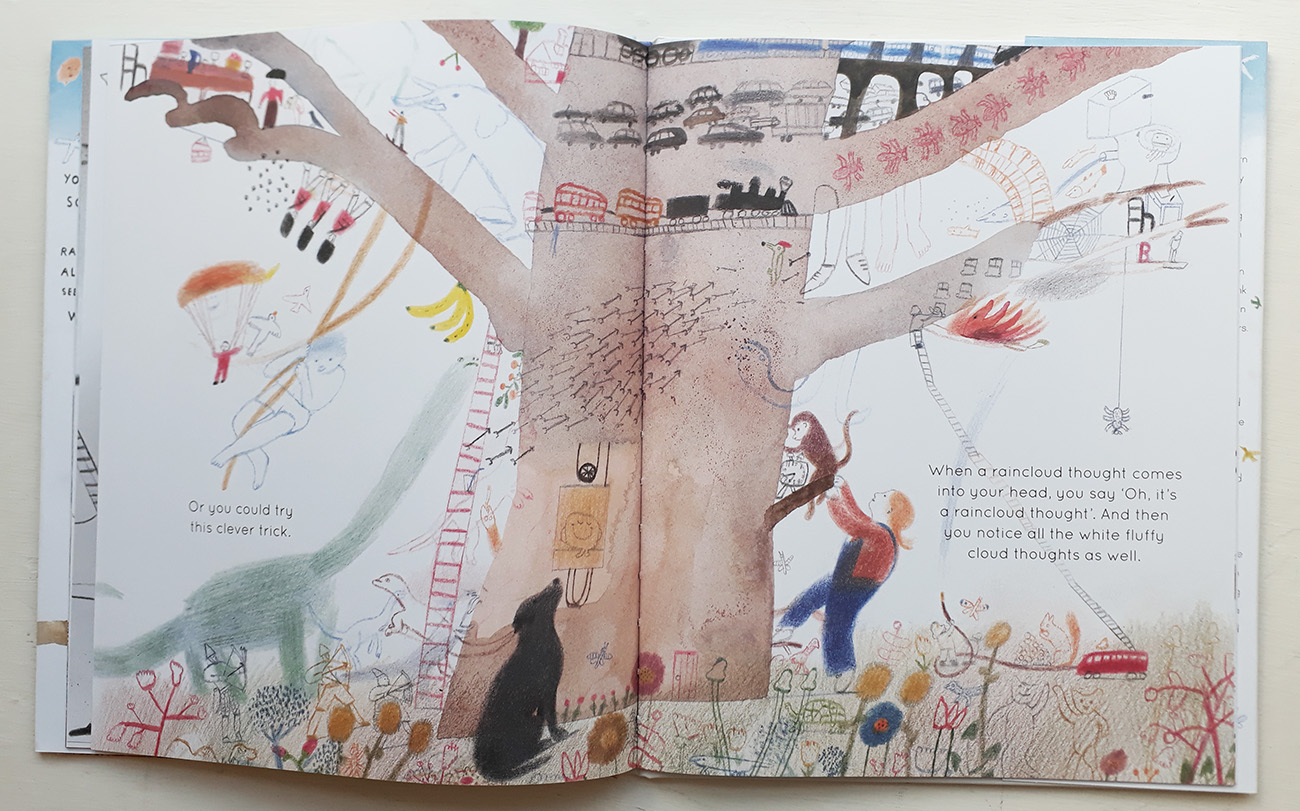 The ‘Notes for grown-ups’ section at the back of the book provides a very clear outline of what mindfulness is, and gives practical tips about how to apply the principles by posing questions. This section could be shared with the child as it is written in the same voice as the main text. Which is why this book will appeal to child and adult alike, as it introduces or compliments an existing idea of mindfulness through a harmonious combination of text and image.